From the Editor’s Desk: Welcome to Week 4 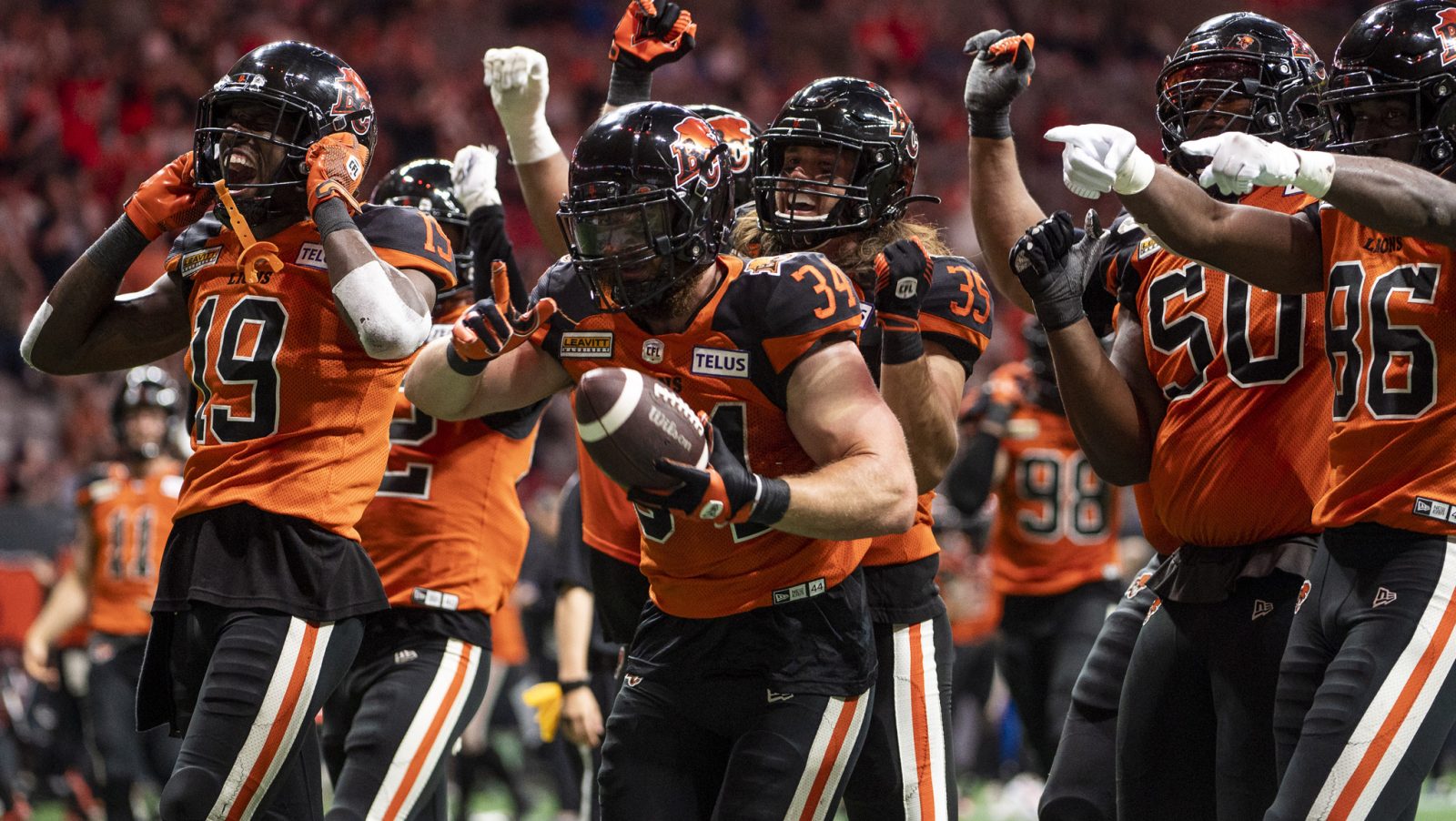 From the Editor’s Desk: Welcome to Week 4

What’s a better way to celebrate the Canadian holiday than Canadian football? (Hint: there isn’t one!)

I was in BC last week on holidays and ended up going to the Lions and Argos game and I was really impressed by those Leos (as I’m sure we all were). It’s pretty incredible what we’re witnessing from Nathan Rourke so far this season. I’m so curious to see how he continues this throughout the rest of the season. He’s my early, early vote for MOP.

I was equally impressed by the BC Lions defence. The goal line stand. The interceptions. The pressure (and sacks) on McLeod Bethel-Thompson. Defensive coordinator Ryan Phillips has a lot to be proud of with his defensive group.

And now we have four exciting games on tap, including a rare Monday night game this week.

I decided on taking Nathan Rourke again in CFL Fantasy for Week 3 and it turned out to be the right decision. With four touchdowns and 436 yards on the evening against the Argos, not only did Rourke set a new Canadian QB record, he also helped everyone’s fantasy team that had selected the 24-year-old. 34.9 points is not too shabby at all.

My running backs didn’t do as well as I had hoped, 2.4 points from Peyton Logan was my worst-scoring pick of the week. Lucky Whitehead (18.6) was my best performing receiver after he hauled in 87 yards on nine catches to go along with 14 return yards and three yards on a rush.

Here’s the rest of my results from Week 3: 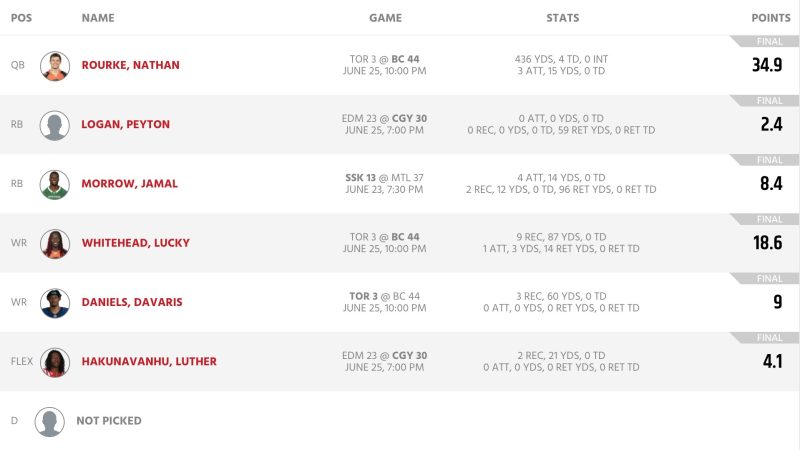 This week I’m taking Rourke once again. He’s been my fantasy QB in every week that I could select him and he has yet to disappoint me. I think he’ll have more of a test against the tough Ottawa defence on Thursday night but I’m anticipating much of the same of what we’ve seen in his first two games of the season. The $12,026 price tag hurts though. Hurts a lot.

At running back, I’m going with William Powell ($8,380) who slots into the lineup for the first time this season and Brady Oliveira ($5,366). I really wanted to take Lucky Whitehead ($9,908) but his price was a little too steep for me since I grabbed his quarterback. So instead I went with another BC Lions receiver in Keon Hatcher ($3,926). The value is there and without Bryan Burnham in the lineup, some of the other receivers will have to step up to fill the void. I’m hoping Hatcher is one of those guys.

Nic Demski ($6,386) and Papi White ($2,948) are my other two players. I liked how much Demski got into the receiving game last week against Hamilton. I didn’t have much money left so I’m hoping that White can get some touches on offence and a few return yards on special teams to make this pick worthwhile. 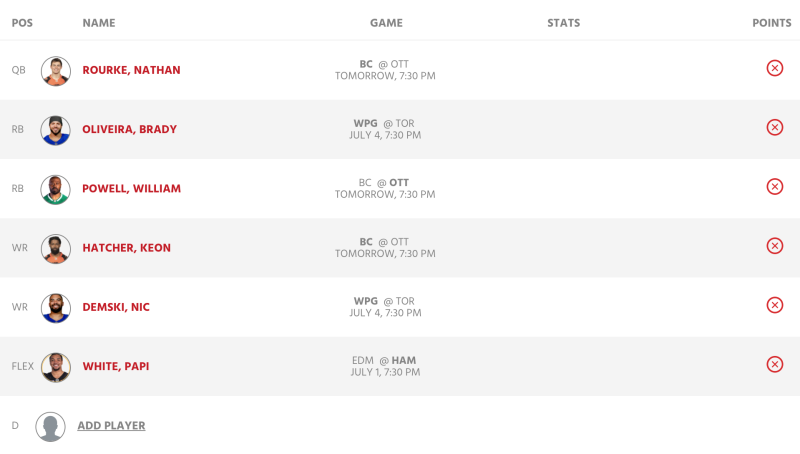 The Ottawa REDBLACKS kept it close with the Winnipeg Blue Bombers in back-to-back games so I’m anticipating this one will be a close one against the Lions. BC has been red hot on both sides of the ball in their first two games of 2022 and I believe that continues this week in the nation’s capital.

Both teams are without a victory in 2022. Hamilton has looked like the better team through the first three weeks of the season, even without finding the win column, so I think they get their first W on Canada Day.

Last week’s blowout win over the Riders came as a shock to me but after I thought about it, it really shouldn’t have. Montreal has a pair of QBs in Vernon Adams Jr. and Trevor Harris who know how to win, they have talent at receiver and running back (even when some stars like Jake Wieneke and William Stanback were out with injuries) and they have a hard-hitting defence that is capable of generating pressure and getting after the quarterback.

I can’t help but think back to 2021 when the only team to beat the Winnipeg Blue Bombers in the regular season at full strength (I know Winnipeg lost near the end of the year but they were resting some key starters) was the Toronto Argonauts at BMO Field. Will this happen again? Only time will tell, but I don’t think the Bombers give up their first loss juuuuuust yet.