Bombers’ defence has big night in win over Argos 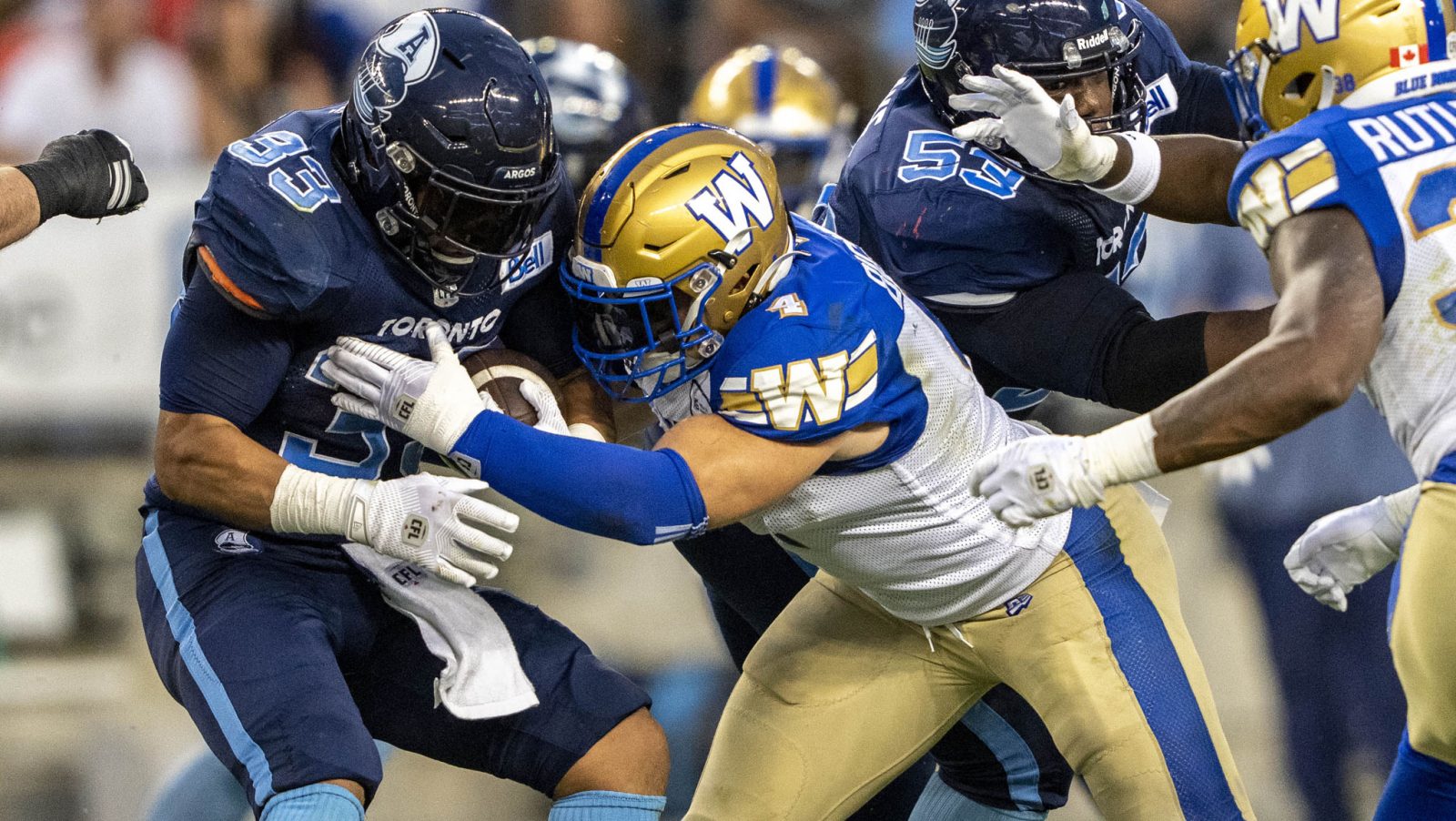 Bombers’ defence has big night in win over Argos

TORONTO — The Winnipeg Blue Bombers escaped BMO Field with their first win in Toronto since 2018 in a 23-22 win over the Toronto Argonauts on Monday night.

It was a back-and-forth battle that came down to the final seconds of the game. Following a touchdown reception from Argos receiver, Markeith Ambles, the Boatmen found themselves trailing by just one and needing only the extra-point kick to tie the game.

However, Toronto kicker Boris Bede, who had made all three of his previous field goals attempts in the game, missed the game tying extra point. All but securing a win for the visiting Blue Bombers.

“I didn’t expect it to be honest,” Bighill told TSN. “I mean Bede is pretty automatic. He’s one of the best kickers in this game. Obviously you feel for a guy who misses a kick like that and he’s such a quality kicker.”

Toronto escaped a Week 2 win over the Montreal Alouettes in similar fashion when Montreal kicker, David Cote missed what would have been a  game-winning field goal.

Bighill acknowledged the efforts of the Argos, while also speaking of how physical the pace of the game was.

“It’s a dog fight, all the way to the end,” said Bighill in a post game interview with TSN. “Every play matters, we can see that. It was a good fight, good physical battle.”

Despite leaving Toronto with a win and improving to a 4-0 start to the season, Bighill admits there is still work to be done on both side of the ball.

“There’s always a lot to learn, it’s the little details, it’s never the major glaring mistakes,” said Bighill. “It’s the little things and we polish up and keep getting better as we’re going over every game and as we get to November. It’s a big journey this is just another step.”

Looking ahead to Week 5, the Bombers will have a tough challenge in front of them as they get set to square off against the 3-0 BC Lions.