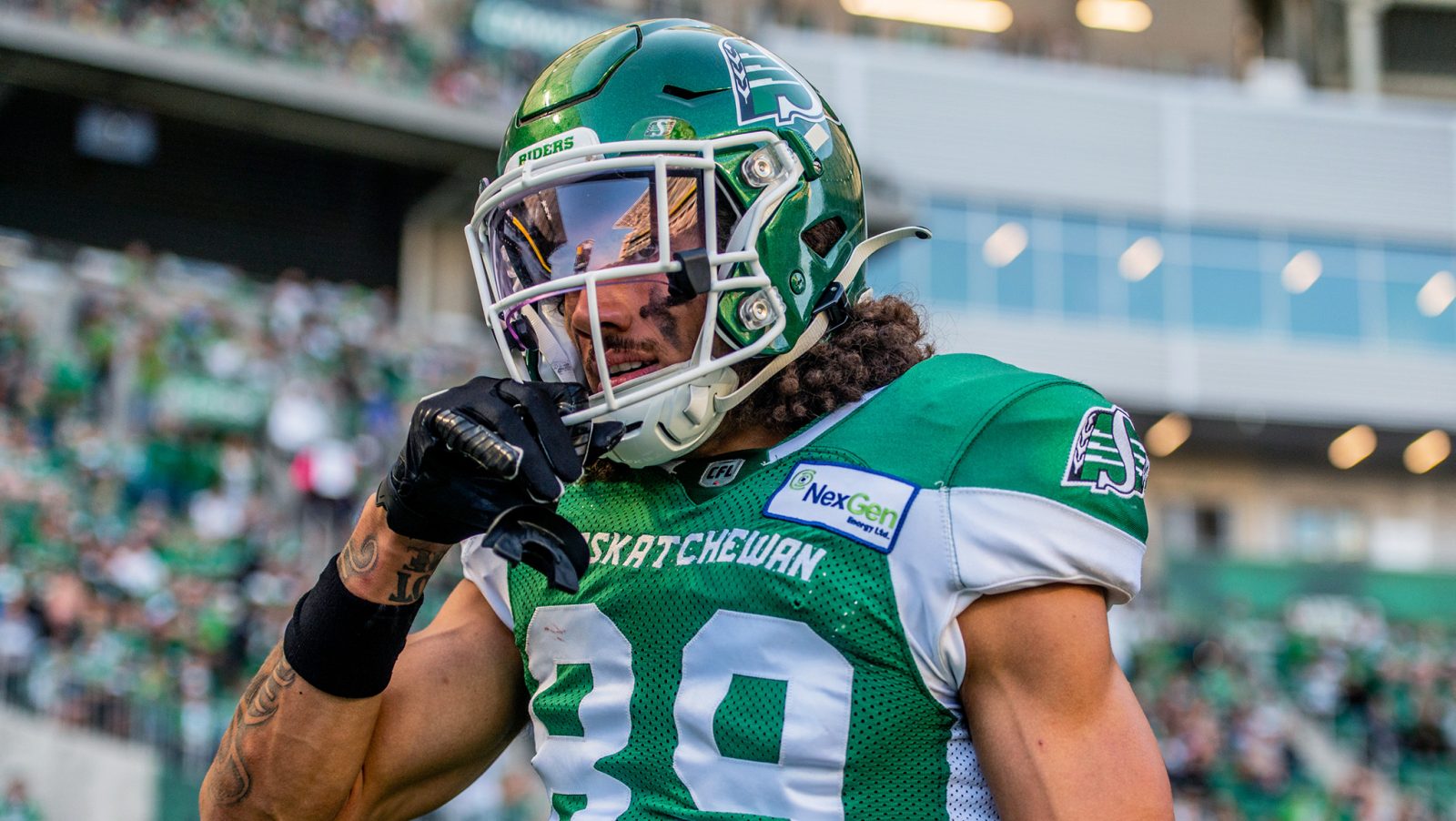 Week 5 has just three games on the schedule, one of which is an East-West matchup between the Ottawa REDBLACKS and Saskatchewan Roughriders. A Riders win would leave East Division teams with a 1-12 record versus the West. Toronto and Montreal stand alone as the only teams in the East to have tasted the thrill of victory.

The week also gives CFL fans their first marquee matchup of the regular season with undefeated an Winnipeg Blue Bombers team visiting the undefeated BC Lions.

The pickings are slimmer than normal, yet CFL fantasy fans will have their share of talent to start and avoid.

Let’s start the week with a player who can be the anchor of Week 5 success. Carey and the Stamps had Week 4 off and will be fresh to take on the league’s worst run defence in Edmonton, which has allowed 148 yards per game thus far. The Elks looked better in slowing down Hamilton’s ground game in Week 4, but keep in mind the Ticats have the league’s worst run attack.

Carey comes into Week 5 ranked sixth in the CFL with 165 yards but is coming off his best game of the season with a 91-yard effort against the same Elks defence that included his third rushing major of the season (fourth total). Building a lineup around Carey isn’t a can’t miss proposition, yet it’s one that has an excellent chance to dominate on Thursday. 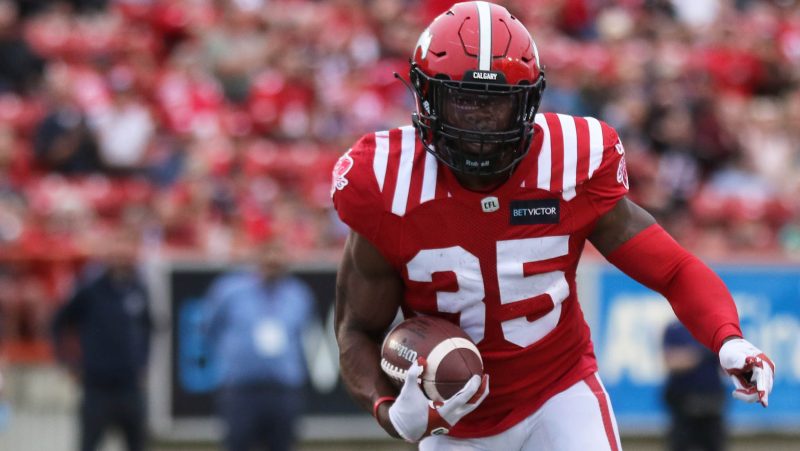 The rookie pivot tallied a respectable 14.5 fantasy points in his first CFL start, much of it coming from his running ability, which saw him generate 61 yards on just six carries. However, you don’t want to gamble on better numbers from Ford, especially against a Calgary defence that appears to be improving against the pass.

Calgary has recorded five interceptions this season and boast the third fewest passing yards per attempt at 7.9. If the Elks continue to keep things simple with Ford and not stretch the ball on the Stamps secondary, Ford’s numbers could be limited to a steady stream of short routes to Kenny Lawler ($8,813) and Derel Walker ($5,935).

We all love value picks (and there will be one later), but don’t turn to Ford as yours when setting your roster for Week 5.

Schaffer-Baker is not going to remain a bargain play for much longer, especially after he put up 22 fantasy points in Week 4. The second-year wideout is rapidly emerging as one of the go-to passing options for Cody Fajardo.

The 44-yard touchdown Schaffer-Baker scored in last week’s win over Montreal was a prime example of why the young receiver has the potential to be for 2022 what Kenny Lawler was last season: a breakout must-start option. Not only has he caught 22 of his team-best 27 targets, Schaffer-Baker also leads the league with 122 yards after the catch.

That’s not encouraging news for a REDBLACKS pass defence that ranked last in the league with 10.1 yards allowed per pass and giving up first down conversions via pass at a 61 per cent rate. So, why not start Schaffer-Baker while continuing to get more bang for your buck?

We may see just how mobile Ottawa quarterback, Jeremiah Masoli is on Friday night. The REDBLACKS pivot will take his turn trying to avoid becoming a guest of the Regina Sack Party and their league-high 21 sacks. Saskatchewan’s pass rush has translated its relentless pressure into results, as in its league-best six interceptions (while also producing 53 fantasy points).

Masoli has just one touchdown pass in his first 99 attempts, while leading an offence that has just 69 points in its first three games. In order to avoid an 0-4 start (and avoid being avoided), Masoli and the REDBLACKS must do more than show flashes of potential and bring life to an offence averaging just 18.3 points per game. 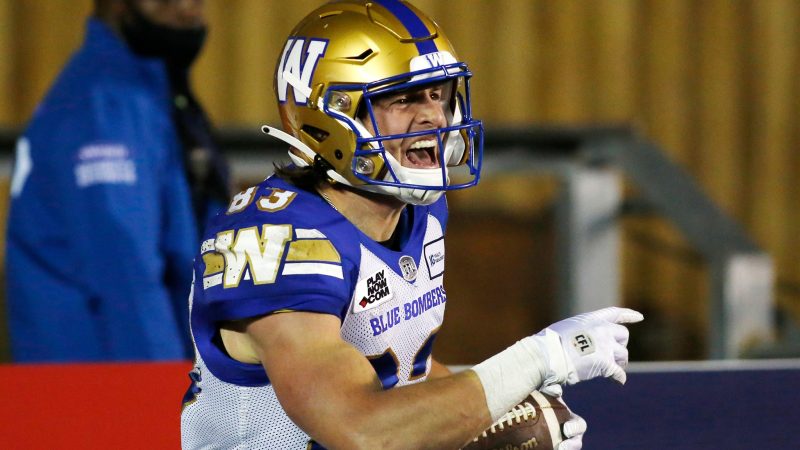 The question of “Who Fills in for Nic Demski?” may have been answered on Monday night by receiver, Dalton Schoen. The rookie from Kansas State caught five of his seven targets for 73 yards. This isn’t a flash in the pan for Schoen, who has pulled in 13 passes for 216 yards and one major in his first four games with a stellar 18.4 yards per catch.

Make no mistake, Winnipeg is going to need its ‘A’ game offensively in what will be a raucous environment at BC Place on Saturday.

The Lions have yet to allow a touchdown pass this season while holding opposing passers to a 61.9% completion rate. Neat numbers, yes, but they’re facing the two-time defending Grey Cup champs, and their quarterback, Zach Collaros ($7,920) has a knack for putting up big numbers on a big stage. Should that be the case on Saturday evening, expect Schoen to be a major beneficiary.

The Bombers are undefeated, yet it’s no thanks to its running game, which continues to struggle finding a groove. Winnipeg is averaging just 78 rushing yards per game and is dead last with a 3.9 average yards per carry. Brady Oliveira ($4,969) has yet to exceed 56 rushing yards in a single game, and the addition of rookie Greg McCrae ($2,500) is an attempt to add a speed element to a running attack with just six carries of better than 10 yards.

Johnny Augustine ($3,902) had just three touches in the Week 4 win over Toronto and appears to be the odd man out at this point. Winnipeg knew replacing Andrew Harris would be a monumental task, but hoped that they would have the answer. Until the Blue Bombers find the solution, fantasy users should exercise caution with the Winnipeg backfield.