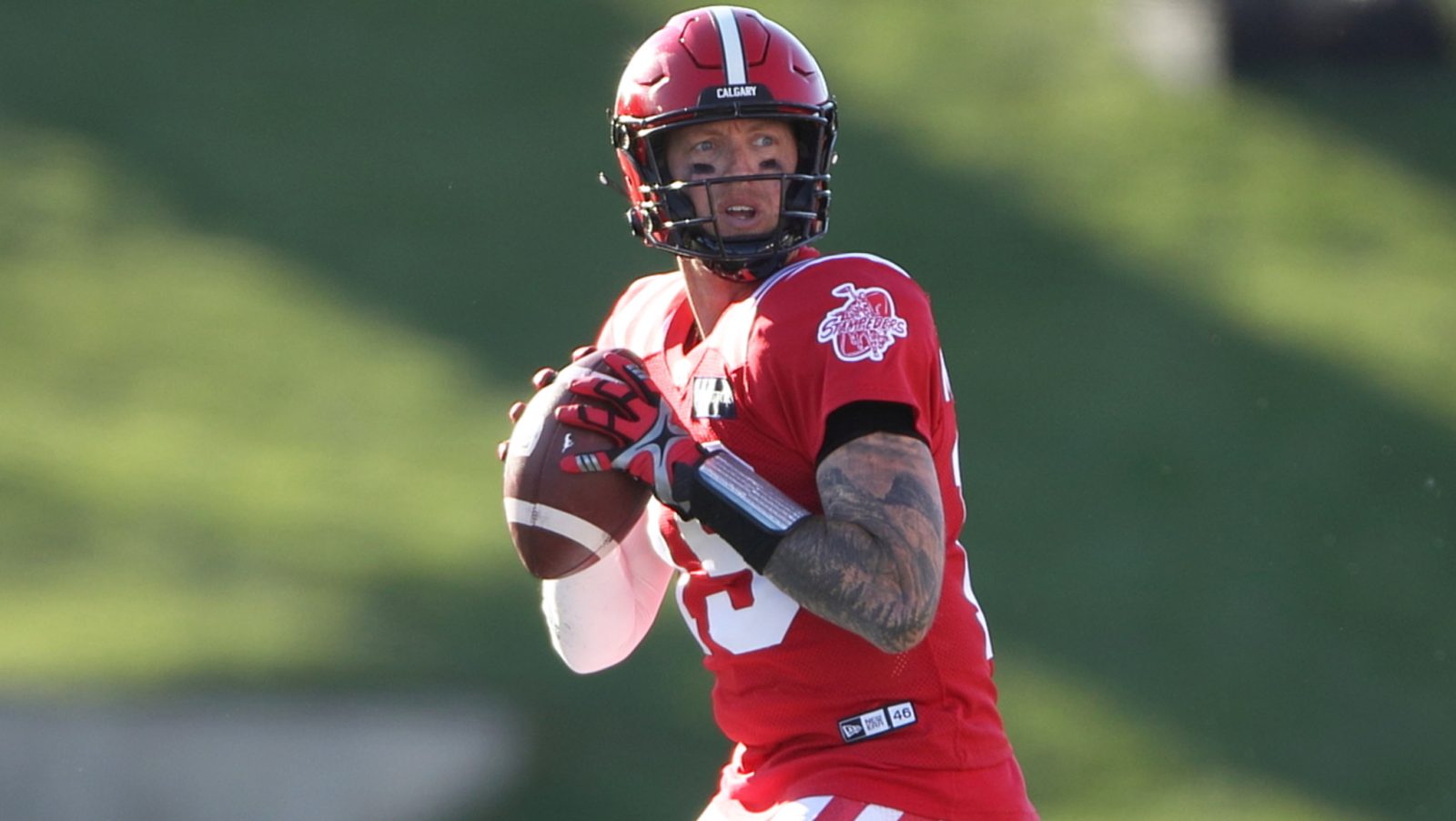 TORONTO — He had the week off, but that didn’t mean Bo Levi Mitchell wasn’t watching his competition closely.

Specifically, the Calgary Stampeders’ quarterback was watching Tre Ford of the Edmonton Elks with a close eye this past week. The rookie Canadian pivot got his first career start in Hamilton and led the Elks to their first win of the season.

“I thought he was poised,” Mitchell said of Ford, who was 15-26 for 159 yards with a touchdown and an interception in the win. Ford added a game-high 61 rushing yards, showing off that speed and athleticism that made him the eighth overall pick in this year’s CFL Draft.

“I didn’t get my first start until my second year. I only had three of them and then became the full starter the next year,” Mitchell continued. “I think there was a lot of hype around him in the draft. I think for one that’s a lot of pressure. Then being a Canadian quarterback, I think there’s even more pressure because every person that loves the CFL wants to see that.”

Mitchell has seen the likes of Brad Sinopoli, Andrew Buckley and Michael O’Connor go through the Stamps’ organization, all Canadian pivots looking for their spot in the league. He knows what it means to Canadian fans to see someone make that leap.

“I was really impressed with (Ford). I thought (it was smart) not asking too much of him early on, you know, let him get into the groove a little bit, but he didn’t make a lot of mistakes,” Mitchell said.

“It goes without saying he’s a hell of an athlete. He can get around the field with the best of them. When he did move around, it didn’t look like panic throws. The biggest thing is the end of the game. Don’t turn the ball over. Don’t be the guy that makes the mistake to lose, but don’t be afraid to go out and win it.

“I thought he started look pretty comfortable running the ball inside as well. He’s a great athlete. I think he’s going to do some big things. But I’m sure as a young guy, it felt good to get to see your first win on Canada Day as a Canadian quarterback when a lot of fans are watching.”

RELATED
» Power Rankings: A very eventful Monday night
» Buy Tickets now for the 2022 season
» Landry’s 5 takeaways from Week 4
» Steinberg’s MMQB: A lot to like in Edmonton

Ford’s spot at No. 9 in this week’s QB Index isn’t an indictment on his play. It’s more reflective of a rookie with just one game under his belt and stats that while solid and enough to get that win, weren’t eye popping.

Mitchell, who holds steady at No. 3 in this week’s index, comes out of the Stamps’ bye week leading a 3-0 team into Edmonton to face Ford and the Elks on Friday. The Stamps have pulled off comeback wins in each of their games. That’s shown Mitchell the team’s resilience. Going into their fourth game, he’d like to see his team make the journey to a win a little less steep.

“I wouldn’t say we’re off to a strong start,” Mitchell offered.

“We’ve finished well each game. Montreal, we scored two out of the first three drives then outside of that we’ve only had one touchdown in the first quarter of all three games. I’d like to see us start faster and be more consistent on all three phases the entire game. I think we’ve been lacking a bit in the beginning and that’s why teams have gotten up on us.

“The thing that I love is that we figured it out. We’ve watched the film, we feel like we’re in a good spot and nobody’s panicking, which I think is a big thing. Because when you can you can have those comeback wins during the season, it builds a lot of confidence that no matter what happens in the game, you can overcome it.”

You can’t hear Mitchell talk about those comeback wins and not think of the Stamps’ incredible Week 2 performance in Hamilton, where they erased a 24-3 halftime deficit en route to a 33-30 OT win. Mitchell was especially fired up after that game and didn’t mind showing it. 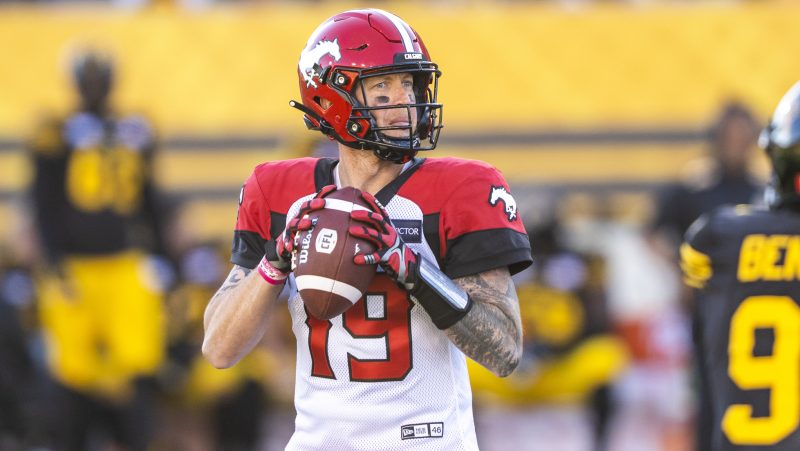 Mitchell led the Stamps to an incredible second-half comeback in Hamilton in Week 2, giving him and his team a big confidence boost early in the season (Thomas Skrlj/CFL.ca)

“To be able to do that, one for the entire team was a confidence booster but myself as well. It was the first time I felt like myself again, having some mojo, putting the ball in windows, that touch. We converted multiple third downs at dire times in the game that those are the impressive ones to me. Those are the things in the last two years that we haven’t done, that I haven’t done myself.

“It’s a big confidence booster and it just felt like a lot coming to fruition over the last two-and-a-half years of pain, mental grind and the amount of work put in to get to that point. Getting there, the emotions came over me a bit.”

Mitchell and the Stamps are in a familiar spot, in the mix with the league’s top teams, looking to stack wins. We aren’t back to 2019 levels of normal in any part of our lives yet but things are starting to look that way at McMahon Stadium.

“The last two years, not getting to where we wanted to be, it just makes you appreciate every game of the season,” Mitchell said.

“I don’t think I’ve ever enjoyed camp the way that I just did.”

Mitchell recalls making a few good, deep throws that were on the money in camp this spring and asked someone nearby if they liked what they saw. They told him that the only thing they liked was that he was smiling again and that they hadn’t seen that in a while. After dealing with the pandemic, then injuries and shortcomings as a team on the field, Mitchell’s feeling good again.

“That told me that guys noticed the last couple of years that I was going through it and not having a great time,” Mitchell said.

“Getting to have fun with football again, that’s a hell of a thing, man.”