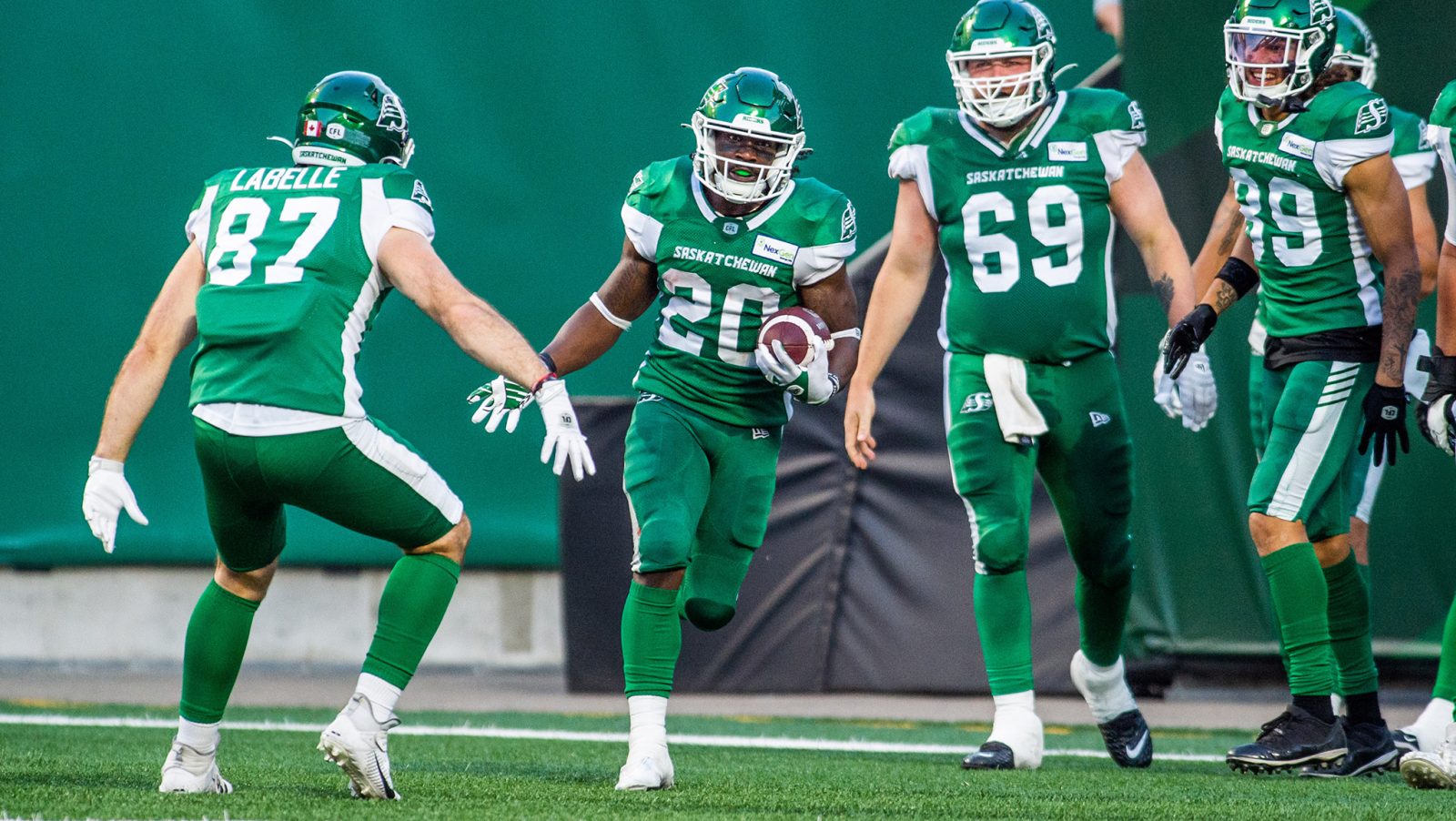 TORONTO — Week 6 of CFL action promises lots of excitement, with Touchdown Atlantic, another matchup of undefeated teams and plenty more in between, CFL.ca has everything you need to know ahead of Thursday’s kickoff in this week’s edition of Checking down.

– Following their first loss of the season, the BC Lions provide an inside look at their locker room after their 43-22 loss to the Winnipeg Blue Bombers in Week 5 (BCLions.com).

– The Lions’ announced that kicker Paul McCallum and offensive lineman Jovan Olafioye will be joining the BC Lions Wall of Honour and will be honoured with a ceremony prior to their August 6 home game against the Edmonton Elks (BCLions.com).

–  In honour of BC Lions Family Day, the Lions organization had students from a Grade 3 class at North Otter Elementary school in BC draw pictures of different BC players. Watch as the Lions’ trying to pick out which player is being portrayed (BCLions.com). 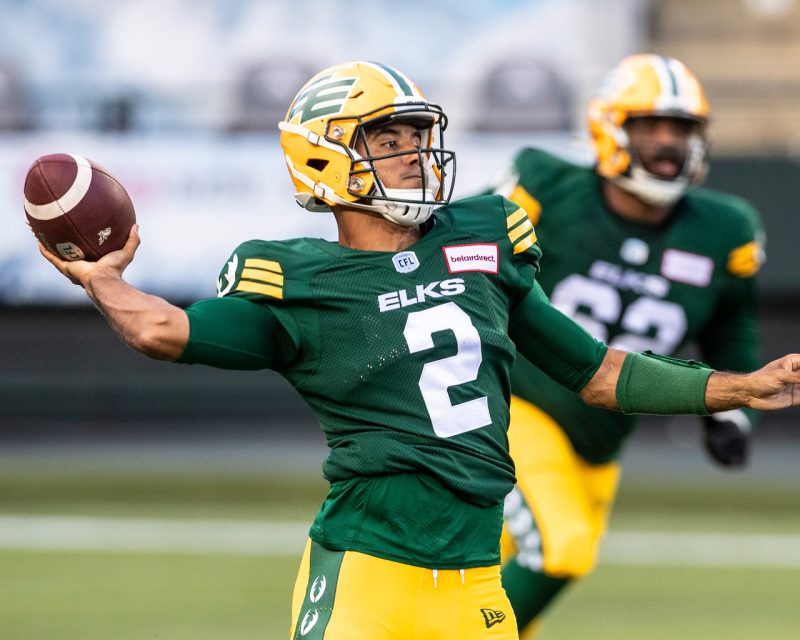 – Ahead of their matchup on Thursday with the Montreal Alouettes, quarterback Tre Ford has been listed as out for the game according to the team’s injury report (CFL.ca).

– In a somewhat surprising move early this week, the Edmonton Elks announced they had traded quarterback, Nick Arbuckle to the Ottawa REDBLACKS in exchange for a fourth round pick in the 2023 CFL Draft (CFL.ca).

– The Elks announced the signing of two players early this week, including Canadian offensive lineman Jaylan Guthrie as they get set for their Week 6 matchup with the Montreal Alouettes on Thursday (GoElks.com).

– Ahead of their matchup with Montreal, Edmonton head coach Chris Jones tells team media that every win is important in the CFL, no matter what a team’s record is (GoElks.com).

– Calgary Stampeders running back Logan Peyton put together an impressive performance in their Week 5 win over Edmonton. Peyton’s 196 all-purpose yards and two touchdowns earned him a spot on the list of CFL Top Performers for Week 5 (CFL.ca).

– Approaching their Week 6 matchup with Winnipeg, defensive back Jonathan Moxey and receiver Richie Sindani were both listed as out for Tuesday’s practice according to the team’s injury report (CFL.ca).

– Ahead of their meeting with the Blue Bombers, Calgary head coach, Dave Dickenson tells team media that he is worried about his team getting better, rather than turning the focus to who they are playing (Stampeders.com).

– The Saskatchewan Roughriders will kickoff against the Toronto Argonauts on Saturday for the 2022 edition of Touchdown Atlantic. CFL.ca has compiled a list of everything you need to know ahead of Saturday’s matchup (CFL.ca).

– With an impressive performance by Saskatchewan’s backfield of Frankie Hickson and Jamal Morrow, CFL.ca’s Don Landry makes an argument that they could be the league’s best ground game to start the year in his five takeaways from Week 5 (CFL.ca).

– Saskatchewan defensive linemen Pete Robertson has been listed on the team’s injury report with a foot injury to start the week. Roberston did not practice on Tuesday (CFL.ca).

– The Winnipeg Blue Bombers took a decisive 43-22 win over BC in Week 5, and in this week’s CFL Power Rankings the Bombers remain atop the list for a fifth consecutive week (CFL.ca).

– Quarterback Zach Collaros missed on just seven of his 30 passing attempts, throwing 288 yards and three downs in Week 5. For his efforts in the team’s win over the Lions, Collaros has been named as one of the CFL Top Performers for Week 5 (CFL.ca).

– CFL.ca’s Marshall Ferguson takes a deep dive on what he describes as a magical performance from Collaros in this week’s edition of his quarterback target charts (CFL.ca).

– The Hamilton Tiger-Cats made a flury of roster moves this week releasing running back, Maleek Irons, while also signing punter Jon Ryan to begin Week 6 (CFL.ca).

– The Ticats enter Week 6 still in search of their first win, however CFL.ca’s Jamie Nye gives reason to have confidence in the Tiger-Cats in this week’s edition of his Weekly Predictor (CFL.ca).

– Hamilton head coach Orlondo Steinauer tells team media, that the only way for his team to put their winless start in the rear-view, is with a four quarter performance (Ticats.ca).

– The Toronto Argonauts will kickoff against the  Saskatchewan Roughriders on Saturday for the 2022 edition of Touchdown Atlantic. CFL.ca has compiled a list of everything you need to know ahead of Saturday’s matchup (CFL.ca).

– Ahead of Saturday’s Touchdown Atlantic matchup in Wolfeville, Nova Scotia, CFL.ca takes a look back at all five of the TDA games from year’s past (CFL.ca) 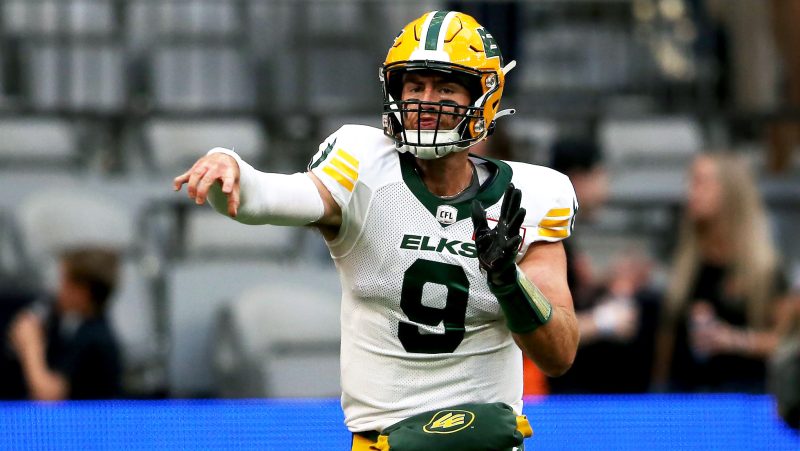 – In a trade with the Edmonton Elks, the Ottawa REDBLACKS have acquired, quarterback Nick Arbuckle in exchange for a fourth round selection in the 2023 CFL Draft (CFL.ca).

– Ahead of their Week 6 meeting with Hamilton, Ottawa defensive back Patrick Levels was a non-participant in practice to start the week. Levels was forced to miss the REDBLACKS’ Week 5 game with a Calf injury (CFL.ca).

– Montreal Alouettes general manager Danny Maciocia tells team media that he is ready to coach for the remainder of the 2022 season (MontrealAlouettes.com).

– The CFL.ca writers have made their picks for this week and Montreal seesm to be a heavy favourite as they get set to host the Elks on Thursday (CFL.ca).