O’Leary: Argos, Riders play with an eye to the future 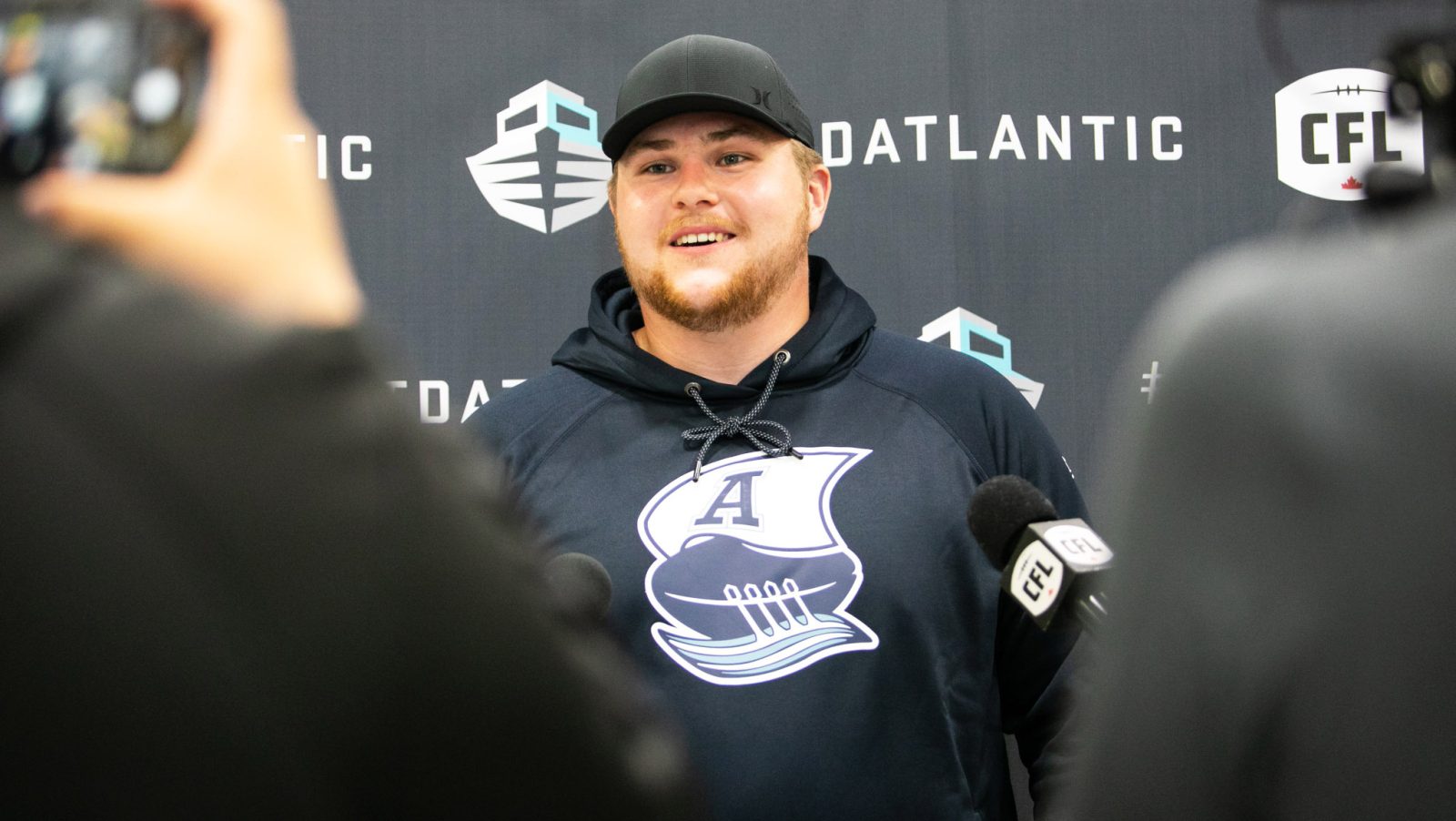 O’Leary: Argos, Riders play with an eye to the future

HALIFAX — When he was going through the CFL Combine and training for this year’s CFL Draft, Gregor MacKellar had no idea that things could work out so well for him.

At the time, the Timberlea, N.S. native and St. Francis Xavier offensive lineman was only focused on getting to the CFL. He knew his selection into the pro ranks would pull him away from the province he grew up in and that it might be a long time before he’d be back.

When the Toronto Argonauts took MacKellar sixth overall, they changed that trajectory for him.

On Wednesday night, the 23-year-old was back on home turf, having just landed with the Argos to take part in Saturday’s Touchdown Atlantic game in Wolfville, N.S. The Argos will play the home team this weekend, against the Saskatchewan Roughriders.

“I obviously knew about (the Touchdown Atlantic game) and heard about it,” MacKellor said. He’s got a healthy dose of friends and family coming to see him play.

“My parents got tickets. They didn’t even know where I was going to end up getting drafted. They just bought tickets to go and support. They’re big football fans. So I guess everything just kind of worked out and here I am. I’m excited to be here.”

RELATED
» A letter from Commissioner Ambrosie to Atlantic Canadians
» Touchdown Atlantic news and info
» Checking Down: News and notes from Week 6
» Through The Lens: Argos arrive in Nova Scotia

MacKellar and the rest of the Argonauts had a bagpipe-greeting waiting for them as they de-boarded their chartered flight. If previous Touchdown Atlantic games are any indication, the next few days will be big ones for football fans that both live in the Halifax region and those that have come from across the country to see the first regular-season CFL game be played in Nova Scotia.

Of course, the hope here is that the tease of a game in Atlantic Canada this year and the next two years will help lead to this becoming a full-time thing, with a 10th team joining the CFL to represent the Maritimes.

“Having played here, I know what it’s like. I know the people out here, how much they love the game and they feel like they’re missing out a little bit on on some CFL,” he said. “It’s going to be exciting once (expansion) is going to be official.”

If these trips provide a taste of the CFL for fans out east, it also provides a taste of what it playing out here could be like for the players. The Atlantic time zone will be a new wrinkle for many of the players; especially for the Riders, who landed three hours ahead of the time zone they’re used to.

The team has lots to look forward to this week, with Truro, N.S. native and kicker Brett Lauther selling his teammates on everything that Nova Scotia has to offer.

“He’s definitely super excited to be back home,” Riders’ running back Jamal Morrow said of Lauther.

“He definitely told me some spots. I’m excited. I’m tasting everything.”

The players and fans will soak in the next few days and Saturday’s game. If everyone leaves thinking about that moment and how to make it a more permanent thing, that’s a win.

“We’re not there yet but it’s exciting,” Muamba said of this week and what the future could hold. “It’s an exciting time for not just the country but this league as a whole.”