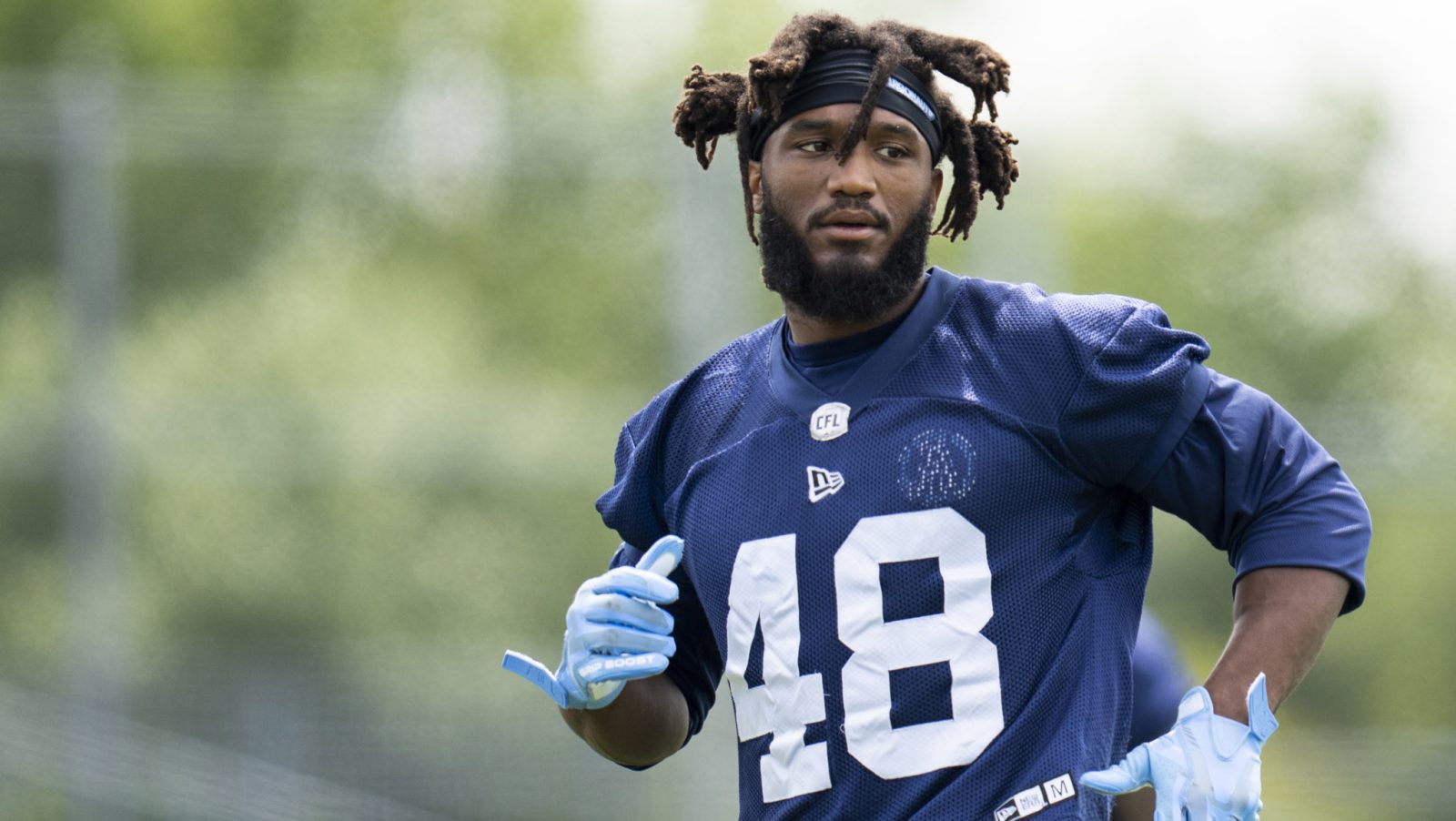 After the Toronto Argonauts practice on Thursday afternoon, there were plenty of laughs and smiles as the team fulfilled their media obligations before leaving Harbour East All Weather Fields in Dartmouth, Nova Scotia.

There were some TikToks filmed, a few chirps from teammates after a fun question prompted interesting responses and there was plenty of chatter of the excitement of Saturday’s Touchdown Atlantic game.

But amongst all that energy, the task at hand, leaving the east coast with a win, was still at the forefront and the Argos were in full business mode. Wynton McManis, Toronto’s weakside linebacker, had a short and sweet answer when asked if they’re prepared to take on what has been a tough Saskatchewan Roughriders team.

It’s a simple statement but one that the Argonauts know to be true as they look to take down a Riders team that sits 4-1 on the season.

RELATED
» Power Rankings: Where did the Argos land?
» A Lesson in Atlantic: Looking back at past TDA games
» Prediction Time: CFL.ca writers’ Week 6 picks
» Argos/Riders Injury Reports: Stay up to date

Last weekend it was Saskatchewan’s rushing attack that came alive and led them to victory over the Ottawa REDBLACKS. Both Frankie Hickson and Jamal Morrow carried the rock and established a dominant ground game against the REDBLACKS defence, rumbling their way to the team’s fourth win of 2022.

Hickson finished with 92 yards on five carries, including a 63-yard touchdown run, while Morrow showed his versatility, getting in on both the run game and the aerial attack, racking up 145 total yards on 16 carries and six catches. Morrow now leads the league in rushing yards with 335 yards, just ahead of Calgary’s Ka’Deem Carey (269) and BC’s James Butler (243).

Toronto’s run defence has seen success in the small sample size so far this season with the team already having two bye weeks through the first five weeks. They’ve allowed 93.3 rushing yards per game and have only given up two touchdowns on the ground.

McManis and the rest of the defence knows they’ll need to be extra prepared for both running backs this weekend.

“They’ve shown they can get it done with both (players) so it’s really just that we have a game plan for it and we have a system for it,” said McManis. “It’s just trusting in that. Only one person can have the ball at a time so if you just focus in on the details, you can’t lose track. You only have to stop one of them, you’re not stopping both of them at the same time. We’re just focusing on who’s ever taking the load at that moment and go from there.” 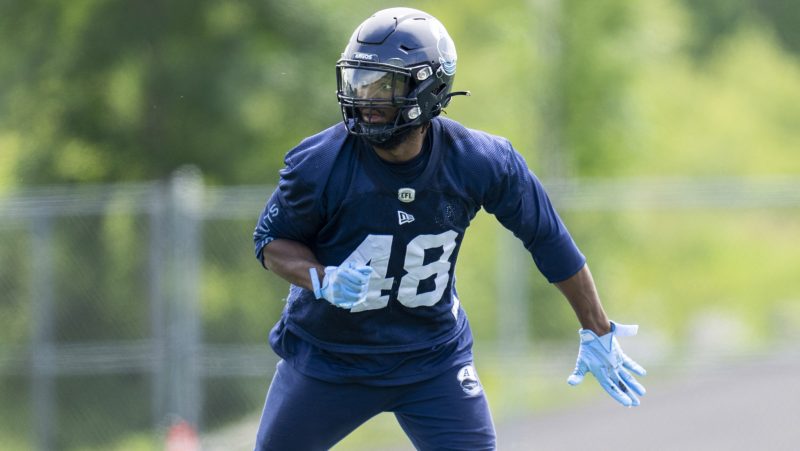 Wynton McManis will be looking to help his Argonauts to their second win of the 2022 campaign (Thomas Skrlj/CFL.ca)

McManis himself is having quite the season in the double blue, the six-foot-one, 225-pounder’s first year playing for a CFL team not named the Calgary Stampeders.

Through three games, the 27-year-old has tallied 23 defensive tackles (fifth in the league), including a 10-tackle effort against the BC Lions. He’s also collected two special teams tackles and two sacks.

“It’s just being familiar with the game plans and the defence in itself,” McManis said when asked about his success so far early in the campaign. “I really just attribute it to my teammates and to be able to trust in them, it just allows you to play that much faster. Just the experience and excitement, it just gives you energy. I think I’m riding off of all of that.”

He’s also been learning from his partner in crime and the team’s middle linebacker, Henoc Muamba.

Despite having just one win on the season, Toronto still sits atop the East Division. Saturday night’s first of a back-to-back with the Riders is an important one to win to stay ahead of the pack and stopping the run is one of the keys to doing just that.