O’Leary: Lauther thrilled to be back home 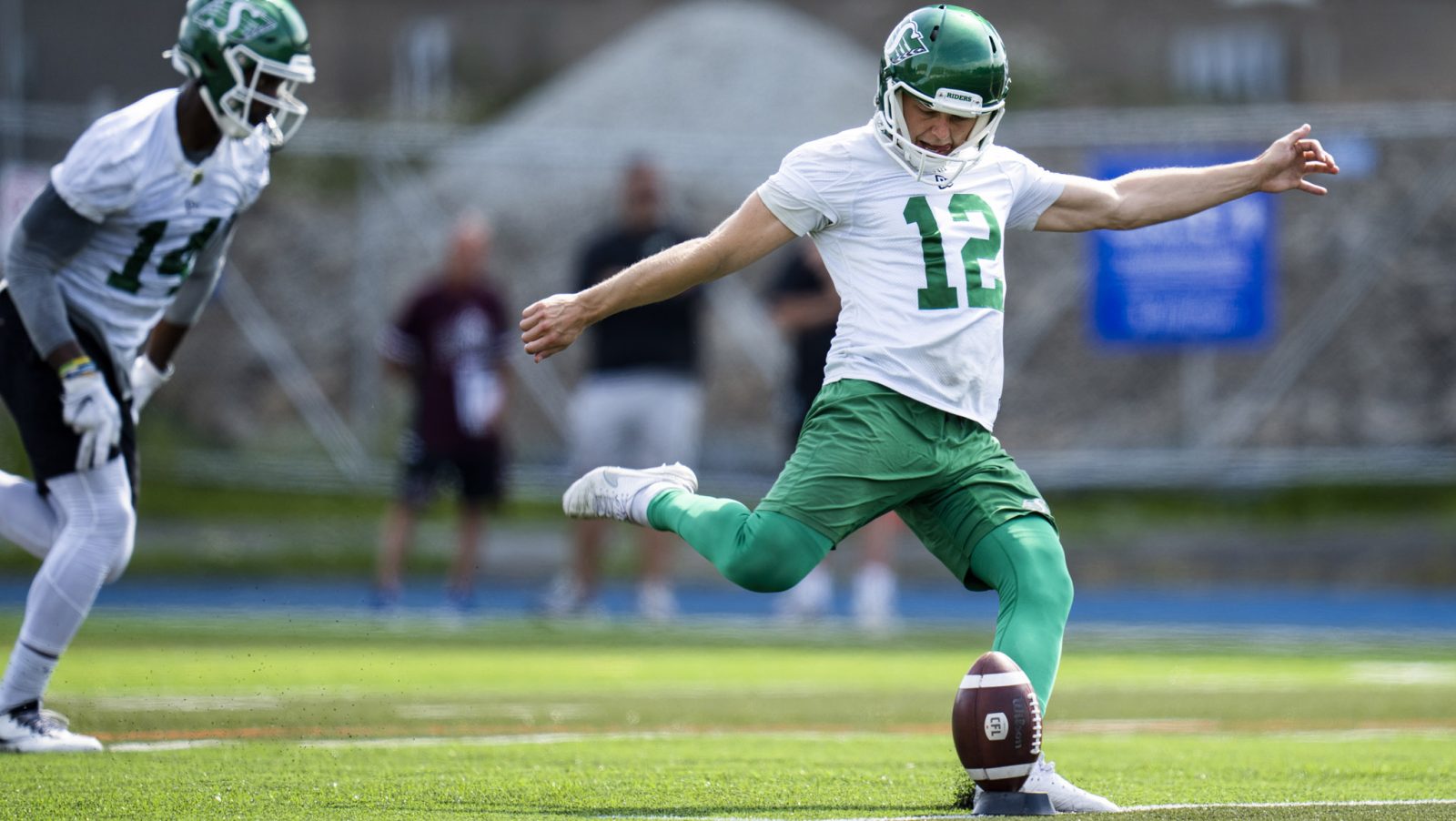 O’Leary: Lauther thrilled to be back home

HALIFAX — In his four seasons with the Saskatchewan Roughriders, Brett Lauther has never had a practice like the one he did on Thursday.

The Saskatchewan Roughriders’ kicker couldn’t help but reflect on his path to the CFL while he worked out with his team on the campus of St. Mary’s University, ahead of Saturday’s Touchdown Atlantic game against the Toronto Argonauts.

Lauther went from his hometown of Truro, N.S. to St. Mary’s, where he played in 18 games between 2009 and 2012. In his team’s first practice in his home province, the 31-year-old dipped away from that familiar field a few times throughout the day to greet some familiar faces that were in the stands, some of them wearing his green No. 12 jersey.

“The four years I had here were four of the best years of my life. I lived right in that building right there my first year,” Lauther said, pointing back to a building that overlooks the field. “I was all over these streets here. I know them pretty well, that’s for sure.”

RELATED
» A letter from Commissioner Ambrosie to Atlantic Canadians
» Touchdown Atlantic news and info
» Checking Down: News and notes from Week 6
» O’Leary: Argos, Riders play with an eye to the future
» McManis, Argos prepared to take on Riders’ run game

Lauther’s homecoming is one of the highlights of the Touchdown Atlantic weekend. As the festivities around Saturday’s game began to come alive in downtown Halifax on Thursday afternoon, the energy is picking up here, as the province gets set to host its first-ever regular season CFL game.

“I’m just happy to be home. I’m excited for everyone to get a chance to see a CFL game live up here, especially a regular season one. What can I say? I can’t keep the smile off of my face,” Lauther said.

“Just for me to have family and friends close that can’t make CFL games, they get a chance to go and we’ve got a lot of Rider nation out here. I’m running into people in elevators and in the streets everywhere and everyone’s just so supportive. So I’m just trying to do my part and hold up my end and go out and do my job.”

Lauther was inevitably asked about the possibility of a 10th CFL franchise settling in the Maritimes and the impact it might have. With Touchdown Atlantic games set to continue here through 2024, people will get a good feel for the CFL and what the possibility of expansion can look like. While Lauther is one of a few Atlantic Canadian players in the league, he’s hopeful that people seeing pro football in-person will help grow the game in this region too. A franchise here would help accelerate that.

“If you don’t have representation or you don’t have something to look up to in your home province…I feel like that’s why hockey is so dominant out here with the Mooseheads,” Lauther said.

“Now there are a few other teams, the lacrosse team and the soccer team coming out here and kids have something to kind of strive for, a field to play on. I’ve said before when I was a kid and I got to play in a hockey tournament in peewee at the Metro Centre, I thought it was in the NHL playing in that rink.

“If you have a football field and kids get to go to and play their championship or bigger games or AUS championship games there. It gives them something to strive for, and I mean keeps the dream alive. And that’s all I’m doing right now. It’s just trying to keep my dream alive.”

The friends that Lauther had on the St. Mary’s campus on Thursday will be part of a contingent of 15o people that he’s connected with tickets for Saturday’s game. He’s wisely used his unofficial ambassador status for this game and got some help from league officials to make sure his supporters will be on hand in Wolfville on game day.

“I’m a product of everyone else’s support and everything over the years,” he said. “The fact that I’m going to have buddies down here wearing jerseys and shirts and cheering, and my family and my grandmother and everyone that has supported me and got me here today is the real reason why I’m still playing. You’ve got to remember what you’re here for sometimes and just being out here is a good reminder.”