Larry Dean: ‘I just wanted to come back better than I left’ 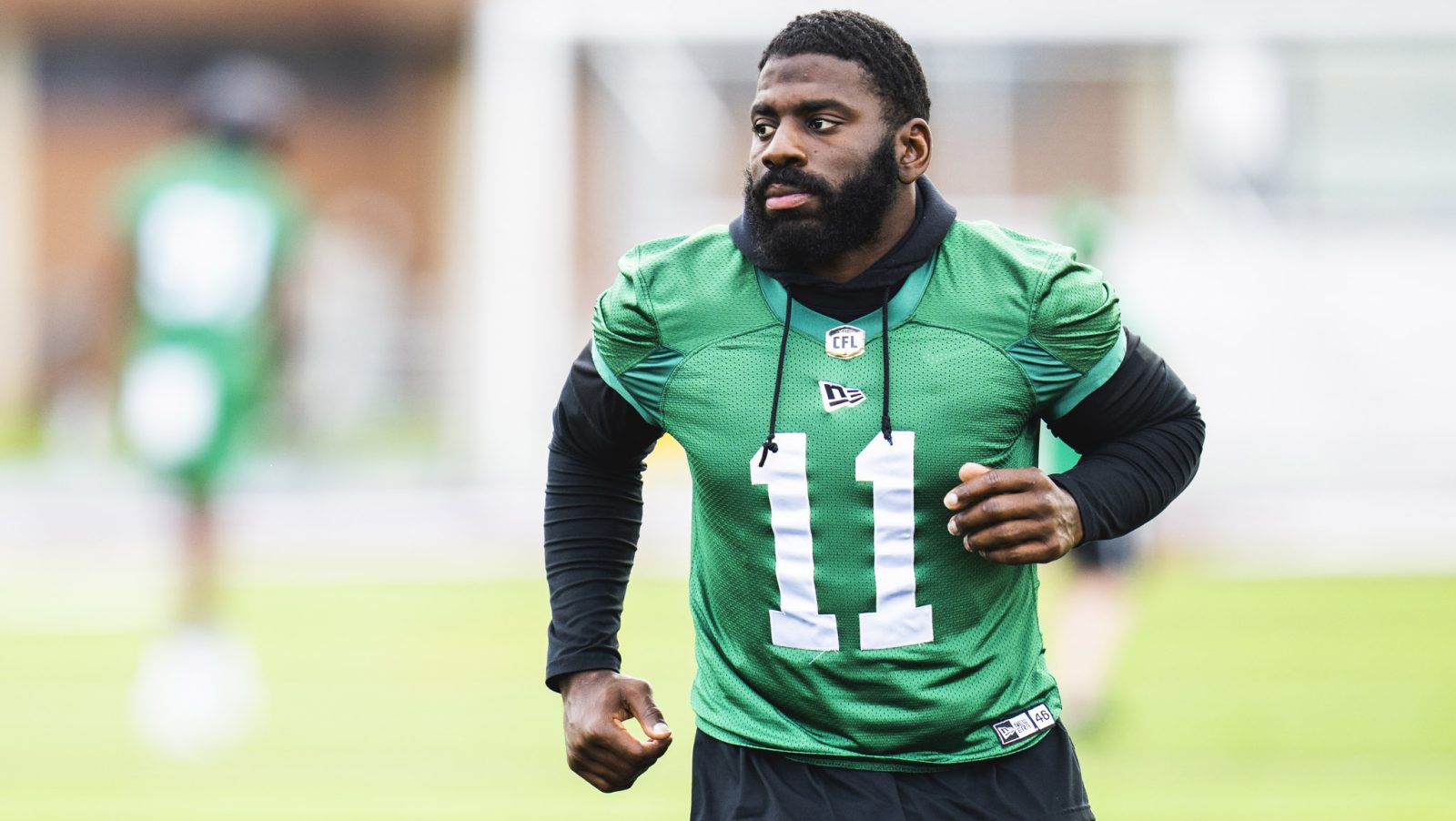 Larry Dean: ‘I just wanted to come back better than I left’

For the Saskatchewan Roughriders, July 8 was just another game day on the CFL schedule as they prepared to take on the Ottawa REDBLACKS. But for one Rider, it wasn’t anything but an ordinary day.

On July 8 exactly one year ago, Larry Dean‘s season ended before it even began. He was victim to a training camp Achilles injury, a devastating rupture that sat the linebacker on the sidelines for the entire 2021 campaign.

And what had happened on that day a year ago was weighing on the six-foot, 226-pounder’s mind last week as he got set to suit up in his fifth game of the year.

“During the day, I knew what day it was,” Dean said after the Riders walkthrough on Friday afternoon in Halifax, N.S. ahead of Saturday’s Touchdown Atlantic contest against the Toronto Argonauts.

Putting on his cleats and hitting the field a year after the type of injury he suffered was special enough but Dean didn’t stop there. He was all over the field, collecting nine tackles and an interception in the contest.

“After (the game) you kind of look at it and realize what’s going on,” he continued when asked about his pick, his first since 2018 when he was a member of the Hamilton Tiger-Cats. “But definitely in the moment you’re just playing the game, being a part of the team and being one of 12.”

RELATED
» A letter from Commissioner Ambrosie to Atlantic Canadians
» Touchdown Atlantic news and info
» O’Leary: Lauther thrilled to be back home
» O’Leary: Argos, Riders play with an eye to the future
» McManis, Argos prepared to take on Riders’ run game

After missing the entirety of last season, and not playing in 2020 because of the cancelled season due to COVID, Dean’s had no trouble getting back to his usual playmaking ways. He’s leading the league in defensive tackles (28) and defensive plays (38). He’s also forced two fumbles and tallied two sacks.

But getting back here wasn’t easy. In fact, it was anything but.

“It was a journey,” said Dean. “From day one, when they said you’ve been diagnosed with a ruptured Achilles, it was just, ‘okay, what’s the process, what’s the healing time?’ And they all looked at me like, ‘that’s what you’re worried about right now?’ That was the next question, ‘okay, what are we going to do?'”

Dean’s injury occurred on July 8, 2021. He had surgery on the 13th of July. And then his road to recovery began. He worked with strength and conditioning coach Clinton Spencer along with the rest of the team’s athletic therapists every single day until late November, trying to heal so he could make his return in 2022.

“Not even just physical, it was mental too, a lot of mental strengthening as well,” said Dean, who signed an extension to remain with the Riders ahead of hitting the open market earlier this year. “I just wanted to come back better than I left. I think it’s been holding true so far.”

“I watched the Kobe Bryant documentary,” added Dean. “During that he tore his Achilles and you saw his rate and how he was improving and some of the things that he was doing. It was just a lot of mental toughness as well and sometimes we can kind of trick our bodies into thinking that we’re not healed and we are just being afraid.”

So after finally completing his road to recovery, was Dean expecting to be at the top of the stats column at this point in the season, proving he’s still one of the best at his position in the league?

“I try not to even look at that type of stuff,” he admitted. “I just want to be one of 12 and when the opportunity presents itself then you want to make the play but you definitely want to play high calibre football.

“I dedicated a lot to this, a lot of sacrifices, a lot of blood, sweat and tears into this game that I love and what’s a better way to just go out and put your best foot forward every opportunity that you get?”

He’ll be looking to put his best foot forward once again this weekend, as he and the Riders take on the Argonauts in the Touchdown Atlantic contest, searching for their fifth win of the campaign.