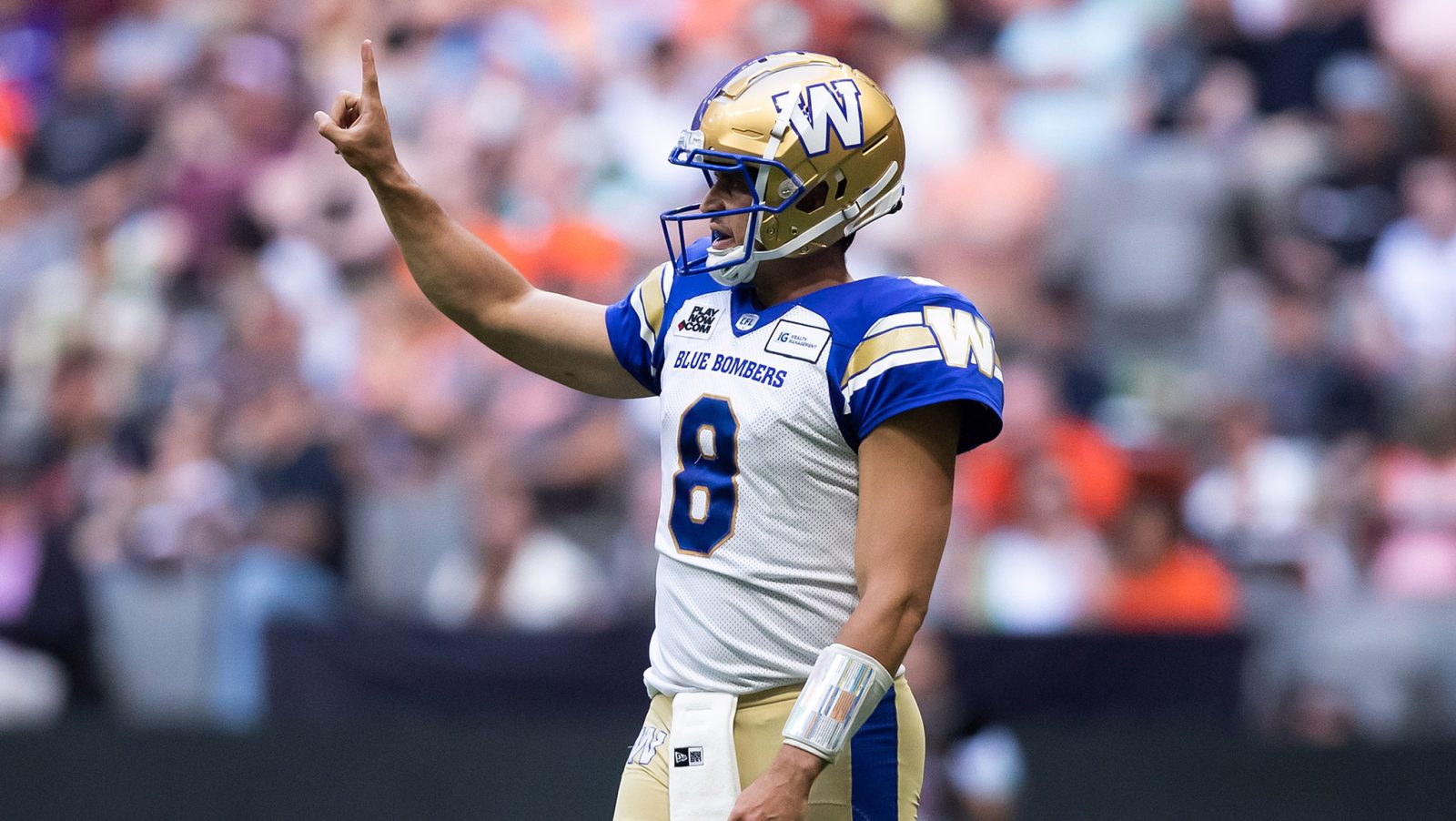 TORONTO — If you were stunned by the results of the opening game of Week 6 of the CFL season, you weren’t alone.

You would have been joined by all six CFL.ca writers that chose the Als to defend home turf against an Edmonton team that was pummeled the week before at home against Calgary. For much of the night, it seemed to be a safe pick.

Of course, the Als’ 19-point third-quarter lead slipped away and if you listened closely you could hear the agonized groans of the six pick makers, spread out across the country from Vancouver to Halifax.

In this week’s picks we see one bold choice from the person in front of the pack and for the first time this season, a last-minute, mass pick migration on the heels of some news from Saskatchewan. Oh, and the last two Blue Bombers doubters have gotten back on board for this week. 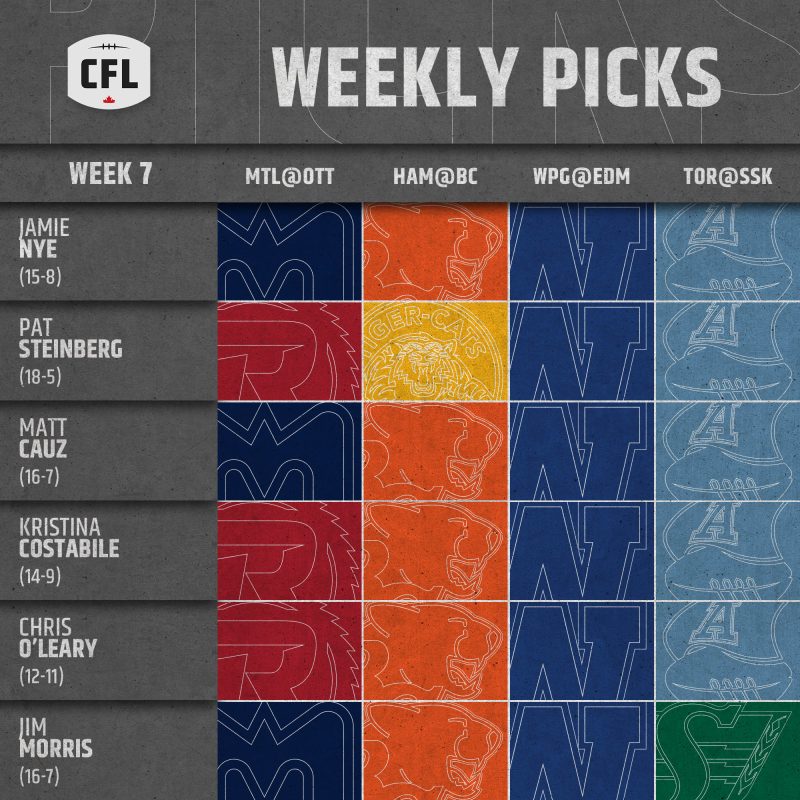 This is a big week for the Alouettes, who let one get away last week at home against Edmonton. They make the quick trip to Ottawa to face a winless REDBLACKS team that very nearly got its first win of the season last week in Hamilton. If last week was any indication, the REDBLACKS won’t be a pushover and will want to give the fans at TD Place something to cheer about on Thursday. The Als have shown glimpses of being a great team but haven’t been able to put it together consistently yet. Somehow, the pressure feels more on the 1-4 team than the 0-5 team in this one.

The Tiger-Cats finally got over the hump and out of their own way enough in Week 6 to get their first win of the season. Next, they have the unenviable task of flying out to Vancouver for a game against the 3-1 Lions on a short week. Oh, the Lions are also coming off of a bye, giving them plenty of time to lick their wounds and stew about taking their first loss of the season two weeks ago against Winnipeg. The Ticats will need to execute at a high level all night to get this win. One reason to think they might? Pat Steinberg, our picks leader, thinks they can do it. He stands alone, though.

Taylor Cornelius got the first start of his career last season against the Bombers in Week 7. In Week 7 of the 2022 campaign he’ll get the start against the 6-0 edition of this Bombers squad. Edmonton’s comeback win in Montreal was a gutsy one and actually has them as winners in two of their last three games. A win at home would be nice — and the team’s first since Oct. 12, 2019 — but against a Bombers team that’s stacking up wins in all kinds of situations it feels unlikely. Moving to 6-0 last week, the Bombers are chasing the 1960 edition of this team that started the season 10-0.

After giving us one of the most entertaining and heated games of the season last week at Touchdown Atlantic, the Argos and Riders are set to do it all again on Saturday in Regina. The panel of pickers originally leaned fairly heavily toward the Riders, who are a perfect 3-0 at Mosaic Stadium, but Monday’s news that the team was dealing with several cases of COVID-19 between players and staff sent the pick makers scurrying in the Argos’ direction. The team’s expectation after cancelling Tuesday’s practice is to be back to full activity on Wednesday. Still, the bulk of the writers, save for Jim Morris, see the Riders’ perfect home record being spoiled this weekend.