QB Index: How can Khari Jones impact the Ticats? 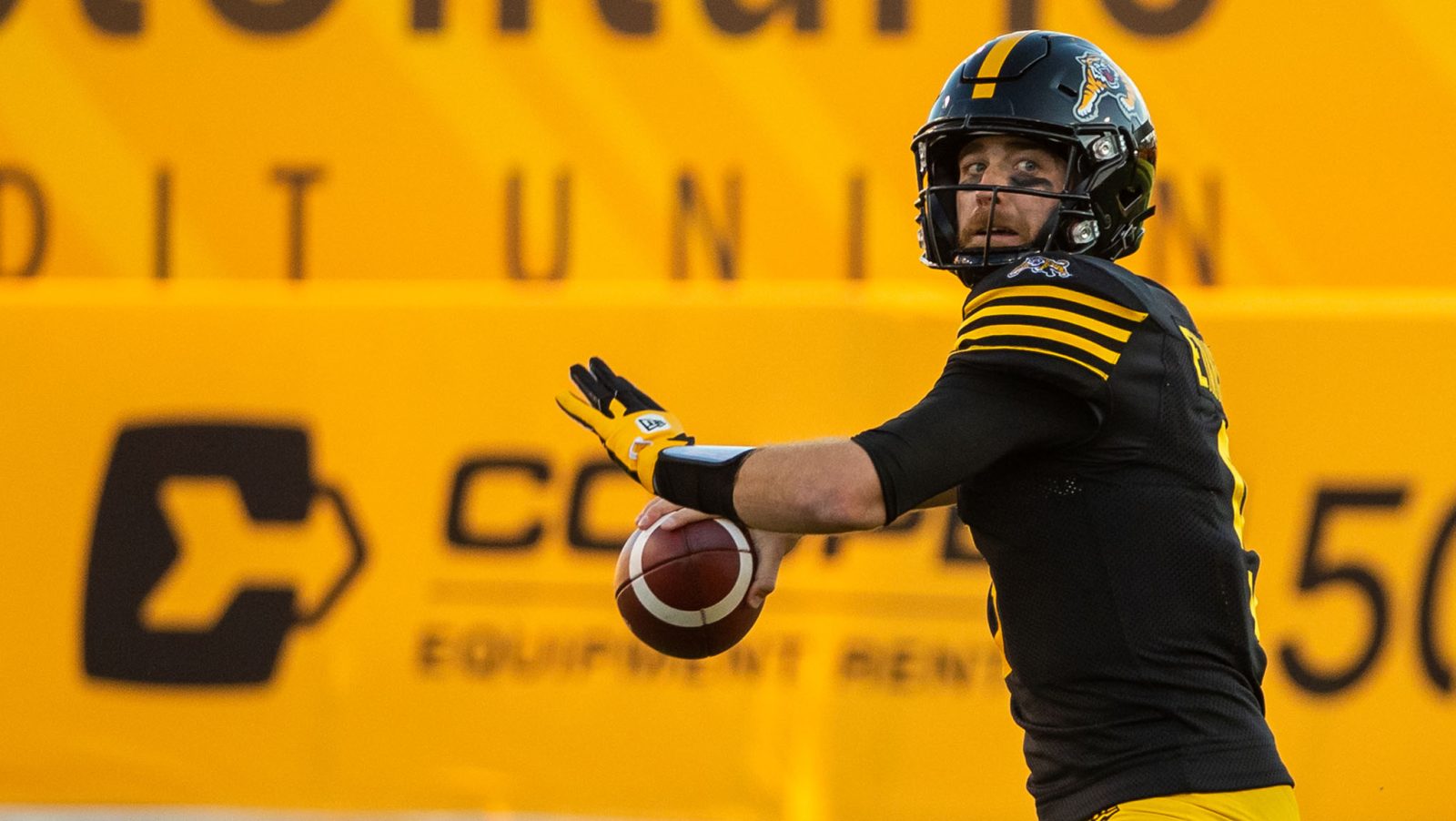 QB Index: How can Khari Jones impact the Ticats?

TORONTO — The Hamilton Tiger-Cats have enjoyed a big couple of days.

The club of course got its first win of the season on Saturday, holding off the Ottawa REDBLACKS at Tim Hortons Field. On Monday, the team announced the hiring of former Montreal Alouettes head coach Khari Jones, as a football operations consultant.

However Jones’ role unfolds with an organization that he’s now been a part of three times (as a player in 2005, then a coach from 2009 to 2011), it’s only a great addition for a team that’s trying to pull itself out up from its 1-4 record.

The phrase that Ticats head coach and president of football operations Orlondo Steinauer kept falling back on was ‘value on value.’

“We have an offensive coordinator and a quarterbacks coach. Tommy (Condell) does a fantastic job. We look at this as adding value to value. (Jones is)…going to be a tremendous help to me. Selfishly this is going to be a big help to myself and also to (Ticats’ defensive coordinator) Mark Washington. He’s going to know how (the Alouettes) tried to attack us and he’s going to bring an element to that and he’s also going to help special teams. He’s game planned the East division for years.”

Jones has also led a high-octane offence in Montreal since the 2019 season, helping Vernon Adams Jr. establish himself as the team’s full-time starter. That lasted until early this season, when the team opted to go with Trevor Harris as QB1, a few weeks before Jones and then-defensive coordinator Barron Miles were dismissed.

“I think it’s awesome that we hired him,” Dane Evans told reporters on Monday.

Evans’ first season as the Ticats’ No. 1 QB hasn’t been the smooth ride everyone had hoped for. The offence is there for the 28-year-old — his 1,423 passing yards are third in the league — but his seven touchdowns are outweighed by eight interceptions and a propensity for losing the ball in late-game situations. His efficiency (85.0) is eighth among starters.

Evans said Jones’ name had come up with backup Matt Shiltz in training camp this year, after Shiltz spent the past four seasons in Montreal before signing with Hamilton.

“It was cool to have Matt be that bridge up until now,” Evans said. “It’ll be cool to just have another quarterback for one but another offensive mind bouncing ideas off of each other. There can only be good things from that. It’ll be cool to build that relationship and move it forward.”

Jones, for those that may not remember, was an MOP-winning quarterback in 2001 with the Winnipeg Blue Bombers, highlighting a nine-year career that saw him play in 130 games for the BC Lions, the Bombers, Calgary Stampeders and finally the Ticats.

“I’ve been in every position as a player, a coach, this time as a consultant,” Jones told Louie Butko on Ticats Today. “It’ll be a different challenge for me and new challenge, but I’m really looking forward to it and I think it’s going to be a good fit.”

As Steinauer said, the team has its offensive coordinator and QBs coach in Condell, who added the assistant head coach title to his responsibilities with the team through the off-season. Steinauer and Jones were clear that this isn’t a move on Condell’s spot with the staff. Jones brings a fresh set of eyes and possibly a new perspective for a team that has fallen short of its goals through the first third of the season, with Steinauer adding that Jones can help in all three phases of the team’s game. Jones said he’s looking forward to working with someone that he’s coached against for years.

“I’ve spoken to Tommy and I have so much respect for him and what he’s been able to do in this league for a long time,” Jones said.

“I just want to add value and I want to help out wherever I can and just give suggestions, give thoughts, give ideas, learn from what they’re doing here. I told (Condell)…if you don’t like anything I say, don’t use anything, it’s fine. I just want to bring a different perspective and hopefully that can help just that little bit.”

The Ticats are off to BC on a short week, facing the Lions on Thursday night. While no one that spoke with media was looking past that game on Monday, the Week 8 matchup is suddenly a much more interesting one. Jones’ former team, the Alouettes, are visiting Tim Hortons Field.

“I just want to win,” Jones said. “That’s the biggest thing, you know. Wherever I was, I want to win.”