Checking Down: News and notes from Week 7 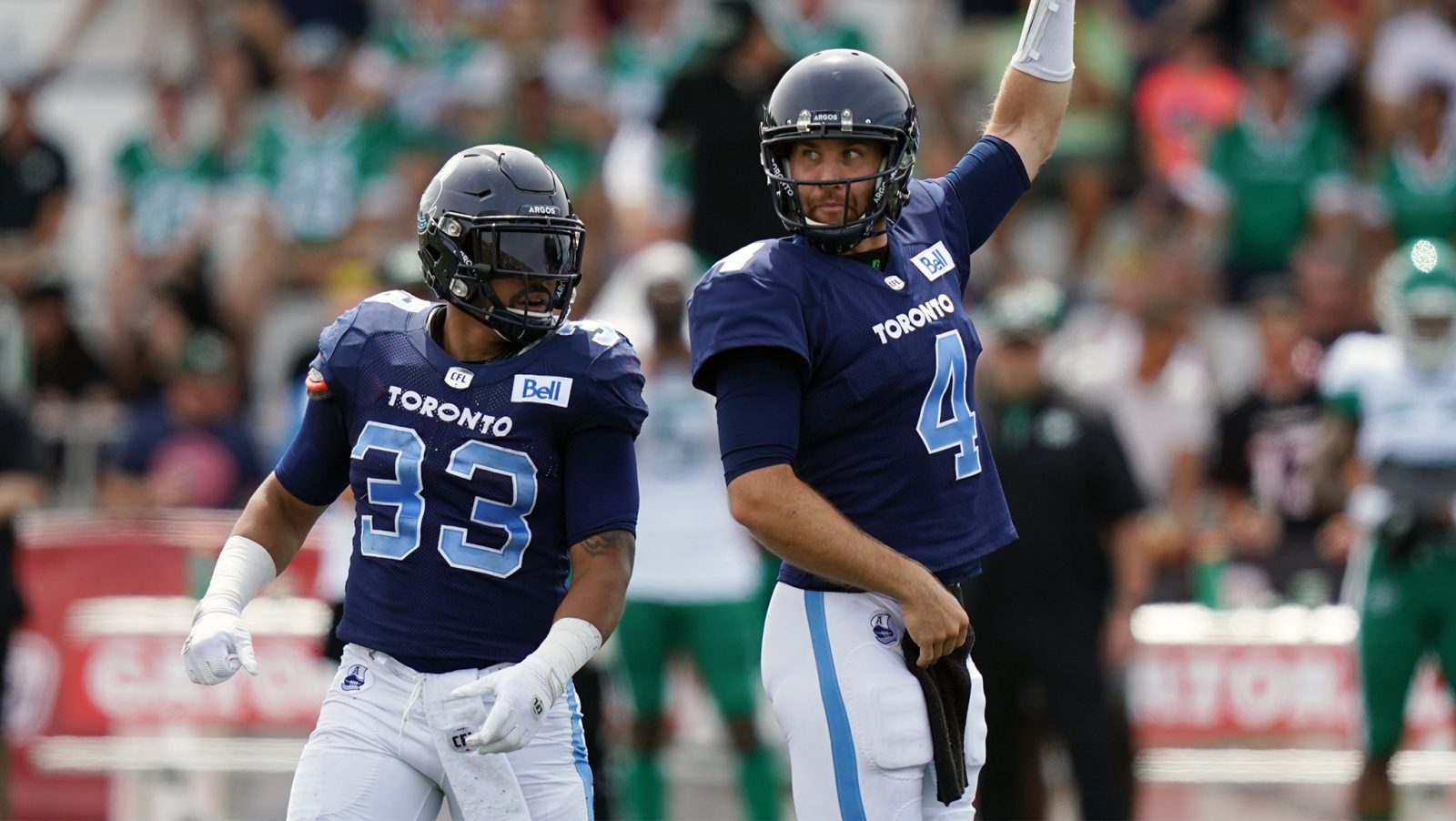 Checking Down: News and notes from Week 7

TORONTO — CFL.ca’s Donnovan Bennett and Toronto Argonauts linebacker Henoc Muamba described this past week of league action best on this week’s edition of the Waggle, Week 6 was WILD.

With high-flying catches, game-clinching interceptions and a football game wrapped in a party on the East Coast, Week 6 in the CFL was energized from the opening kickoff.

As we get set to follow up the excitement of Week 6, CFL.ca has compiled everything you need to know ahead of Week 7 and the Thursday night doubleheader. 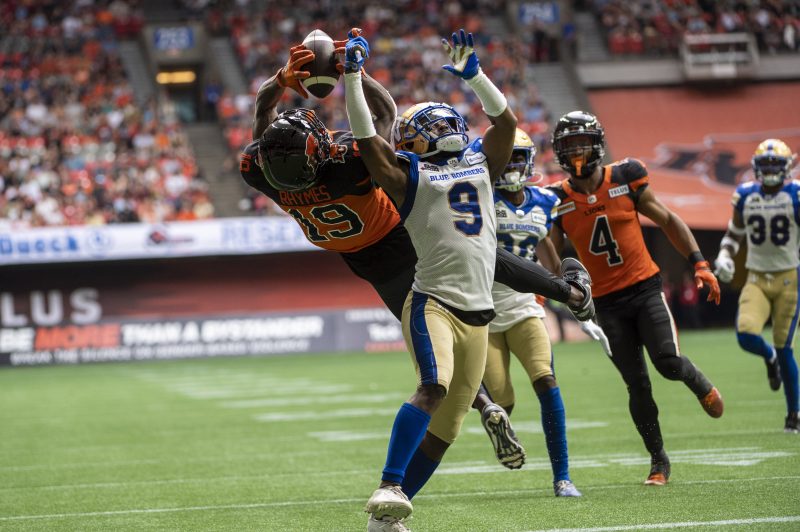 BC Lions’ pass-catcher Dominique Rhymes leads all CFL receivers with four receiving touchdowns to start the year (The Canadian Press).

– After spending four season’s with the Hamilton Tiger-Cats, BC defensive back, Delvin Breaux gets ready to faceoff against Hamilton and the team he once called home (BCLions.com).

– Lions wideout, Keon Hatcher talks to team media about having a few special guests from his hometown travel to Vancouver for their game against the Ticats (BCLions.com).

–  After suffering their first loss of the season in Week 5, BC running back James Butler tells team media that the mindset is to flush the bad losses and focus on the week at hand (BCLions.com).

– The Edmonton Elks will be breaking new ground when they faceoff against the Winnipeg Blue Bombers on Friday. For the first time in league history, the game will be broadcast in Cree on Windspeaker Radio in Alberta and can be heard throughout the province (APTN News Twitter).

– With an impressive showing in their Week 6 win over the Montreal Alouettes, Edmonton Elks’ receiver, Kenny Lawler has been named one of the CFL’s Top Performers for Week 6 (CFL.ca).

– Newly acquired running back, Maleek Irons talks to team media about joining the Elks and the 36 hour drive he took from Hamilton to Edmonton (GoElks.com).

– In an availability session with team media, Edmonton head coach, Chris Jones outlines the challenges and mindset as they get ready for their matchup against the Winnipeg Blue Bombers (GoElks.com). 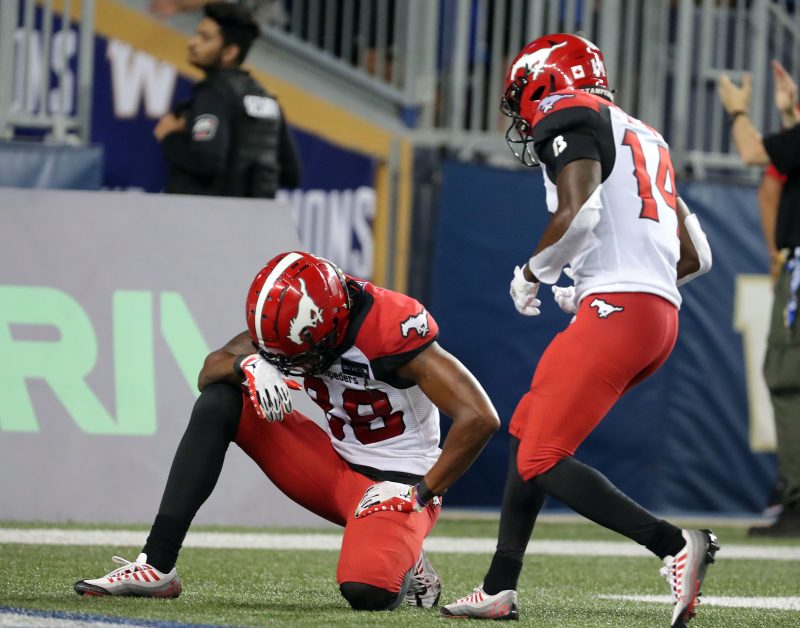 Calgary nearly moved to a 5-0 start to the season for the first time since 2018, but fell short in a 26-19 loss to Winnipeg that came down to the final attempt (The Canadian Press).

– Folowing their Week 6 loss to the Winnipeg Blue Bomber’s, Calgary head coach Dave Dickenson tells team media that the loss stings, but the team needs to and will learn from the loss (Stampeders.com).

–  To help celebrate the final day of the Calgary Stampede, a handful of players from the Stampeders were taught how to do the country swing earlier this week (Stampeders.com). 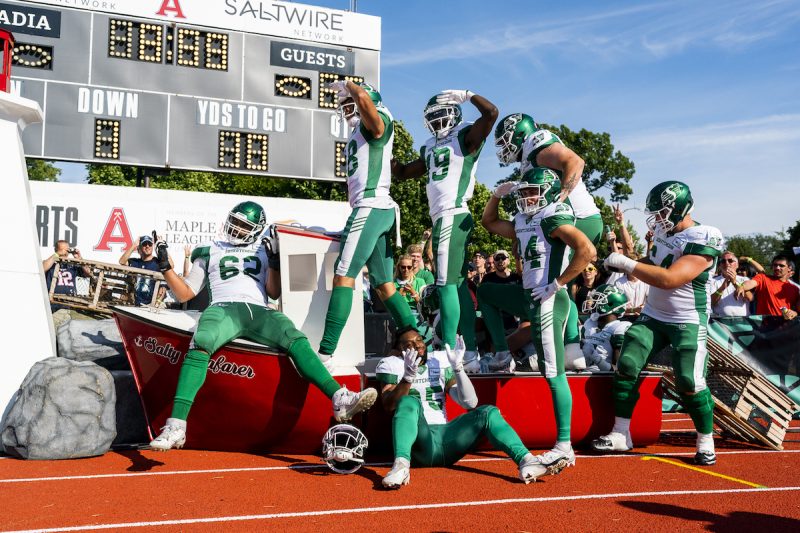 – Saskatchewan receiver Duke Williams reeled in 84 yards and a touchdown in their Touchdown Atlantic meeting with the Toronto Argonauts. In this week’s CFL Fantasy Start vs. Sit, CFL.ca’s Brandon C. Williams explains why Williams is once again a must-add receiver (CFL.ca).

– According to the team injury report, Winnipeg Blue Bombers’ receiver Greg Ellingson was a non-participant to start the week of practice as they get set to play the Elks in a Friday Night Football matchup (CFL.ca).

– Ahead of their Week 7 matchup with Edmonton, CFL.ca’s Marshall Ferguson breaks down the Winnipeg running back room, and what the coming week could bring for each pf Brady Oliveira and Johnny Augustine (CFL.ca).

– Winnipeg quarterback, Zach Collaros has been one of the most consistent passers to start the 2022 season. In this week’s CFL Fantasy Start vs. Sit. CFL.ca’s Brandon C. Williams outlines why Collaros is the perfect quarterback for fantasy users this week (CFL.ca).

– The Hamilton Tiger-Cats made significant front office moves early this week when they announced the addition of Khari Jones. Jones will be joining the Ticats as a football operations consultant (CFL.ca).

– In this week’s edition of QB Index, CFL.ca’s Chris O’Leary outlines the feelings from inside the Ticats locker room on the addition of Jones to the Hamilton front office (CFL.ca).

– Approaching their meeting with the BC Lions, Hamilton defensive back Alden Darby outlines some of the challenges his defence is preparing for in facing Nathan Rourke and the Lions offence (Ticats.ca).

– Toronto’s Wynton McManus came away with a clutch interception in Saturday’s Touchdown Atlantic game, see where the play landed in the Plays of the Week form Week 6 (CFL.ca).

– Toronto quarterback, McLeod Bethel-Thompson has taken an intriguing path in life to get to where he is today. However, as Mike Hogan writes for Argonauts.ca, his father Mark Bethel, is perhaps even more interesting (Argonauts.ca).

– The Argonauts are set to have their second meeting in as many weeks with the Roughriders, see why CFL.ca’s Jamie Nye is putting his trust in the Argonauts in this week’s Weekly Predictor (CFL.ca). 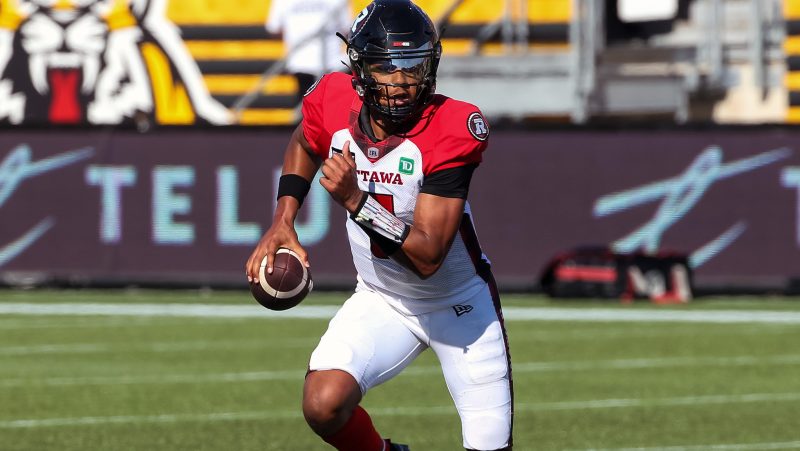 – According to the team’s depth chart, newly acquired Ottawa REDBLACKS’ quarterback Nick Arbuckle will suit up for his first game in Ottawa, however after an impressive showing in his season debut as the starter, Caleb Evans will once again be the team’s No.1 on Thursday against Montreal (CFL.ca).

– As the Ottawa REDBLACKS get set to host the Montreal Alouettes on Thursday night in the nation’s capital. The matchup at TD Lansdowne Stadium will be aimed at celebrating the diversity and multicultural makeup of the city of Ottawa (OttawaREDBLACKS.com).

– Ottawa defensive back, Antoine Pruneau describes the feeling of winning championships in Ottawa and wants to see his team and their fans share that same feeling (OttawaSun.com).

– Montreal running back Walter Fletcher has seen a steady increase in his offensive role since his arrival in La Belle Province, CFL.ca Brandon C. Williams explains why Fletcher is a must-start for any fantasy user in Week 7 of CFL Fantasy (CFL.ca).

– Montreal Alouettes interim head coach and general manager, Danny Maciocia tells team media what it means to their defence to have Adarius Pickett returning to the line up (MontrealAlouettes.com).