From The Editor’s Desk: Hello, Week 7 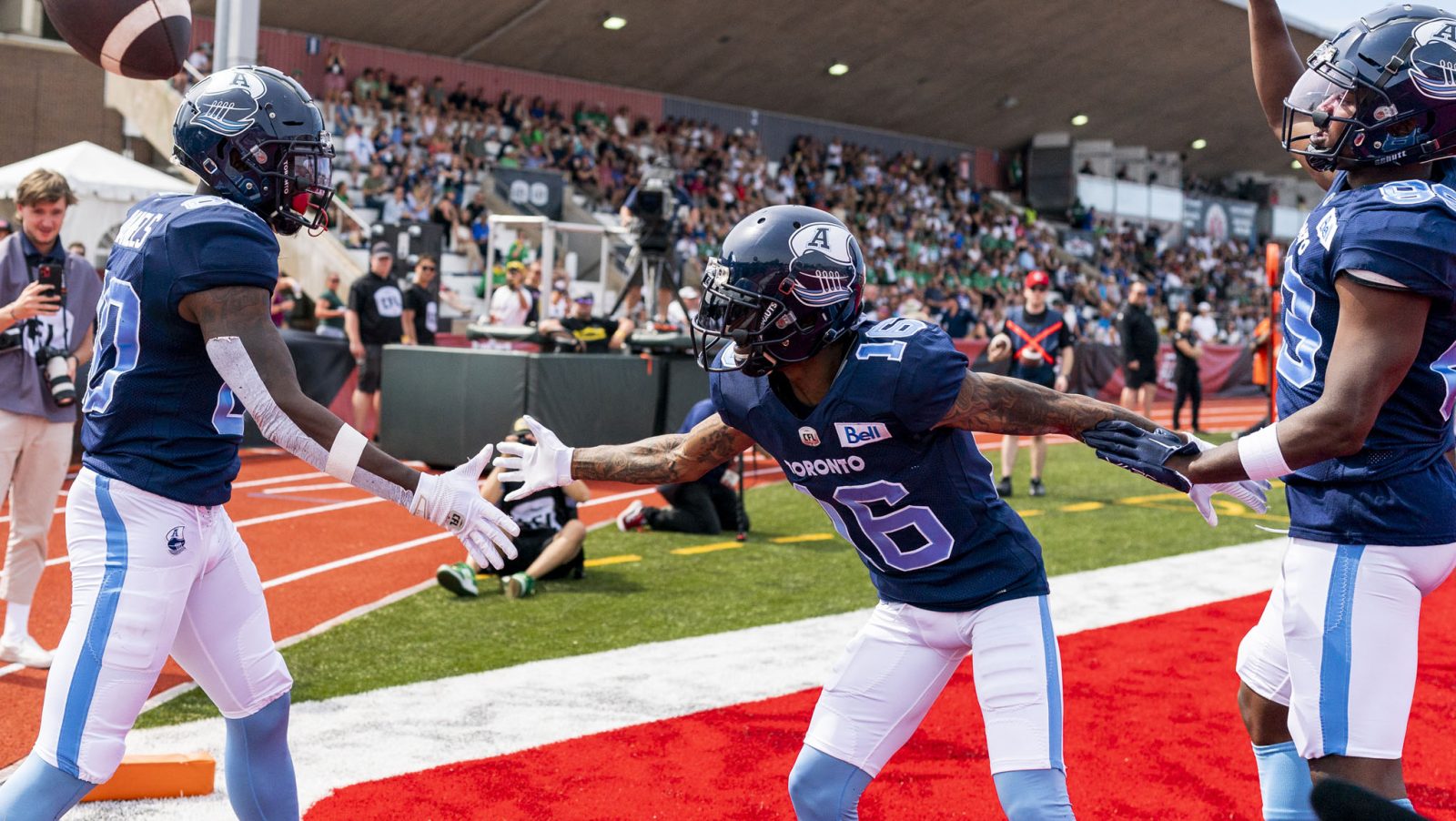 From The Editor’s Desk: Hello, Week 7

Before I look ahead to Week 7, I want to quickly look back at Week 6.

It’s been said many times this week but wasn’t Week 6 an absolute thrill? The Elks comeback, the insanity in Winnipeg, Touchdown Atlantic (I’ll get to this in a second) and a late, game-winning drive for the Ticats all made for the best week of football we’ve seen so far this season.

Over the weekend I was out East for Touchdown Atlantic. I’d never been to Nova Scotia before and let me say, it was everything I could have hoped for. The scenery, the seafood (I had way more than I needed to while I was there) and the hospitality was second to none. And on top of all of that, the game was excellent.

I was able to walk around the stadium pre-game, checking out the tailgate and surrounding area, and it looked like a blast. Everyone was having so much fun, I was actually a little jealous I was working and couldn’t have a cold one with them. The atmosphere when the game started was just as exciting with every single seat filled and the fan zones packed to the brim. There were just over 10k fans but it felt more like 100k.

The teams put on a great game for those fans, too. It was back and forth, was tied three times, had big plays and of course a bit of drama. What more could you have asked for? And as someone who loves defence, a game-winning pick-six was the perfect way for it to end.

I’m hoping Week 7 brings us much of the same as things kick off with a doubleheader on Thursday night.

Thank goodness for Zach Collaros and Jamal Morrow. Without those two, my CFL Fantasy team last week would have looked pretty bad. Collaros threw for 315 yards and two touchdowns against the Stampeders, good for 20.6 fantasy points. Interestingly enough, Morrow accumulated the exact same number of points thanks to 77 yards on 11 attempts on the ground and four catches for 29 yards and a touchdown.

Here’s the rest of my team from last week: 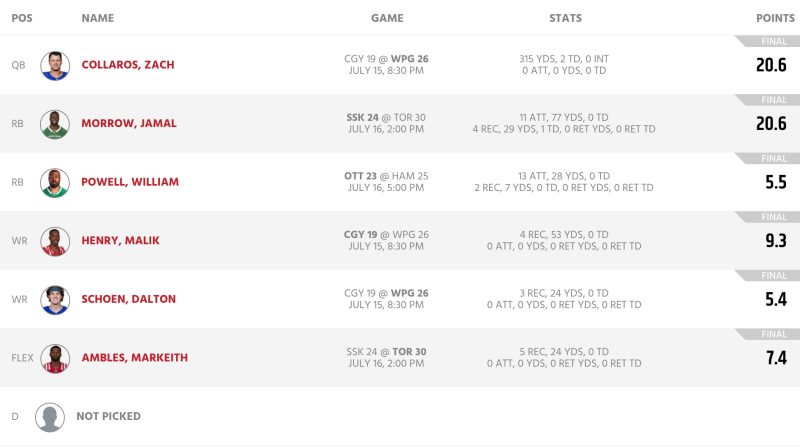 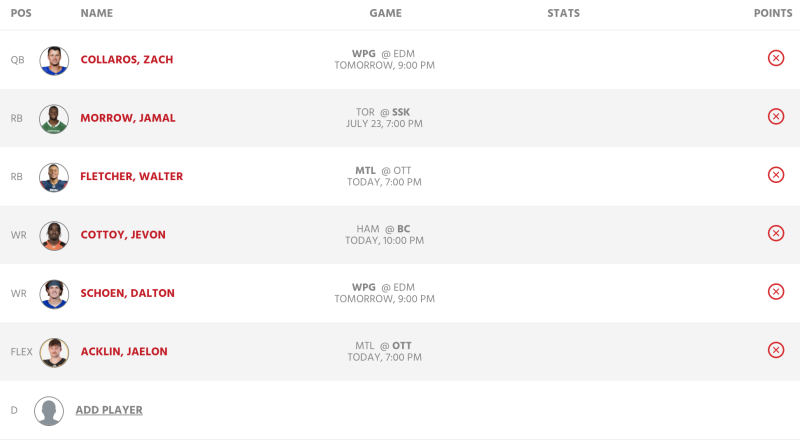 Ottawa hasn’t won a game yet but they were *this close* to winning last week against Hamilton. It’s about time that the REDBLACKS win, and get a win in front of their home fans.

Coming back from their bye, the BC Lions will be refreshed and ready to host the Ticats in this cat fight at BC Place. Hamilton is riding high off a win over Ottawa but I think rest rules here and BC improves to 4-1.

I won’t pick against Winnipeg again (I learned my lesson in Week 5).

Though it’s tough to win back-to-back games against the same opponent, and to win at Mosaic Stadium, I think Toronto does it to close out Week 7.