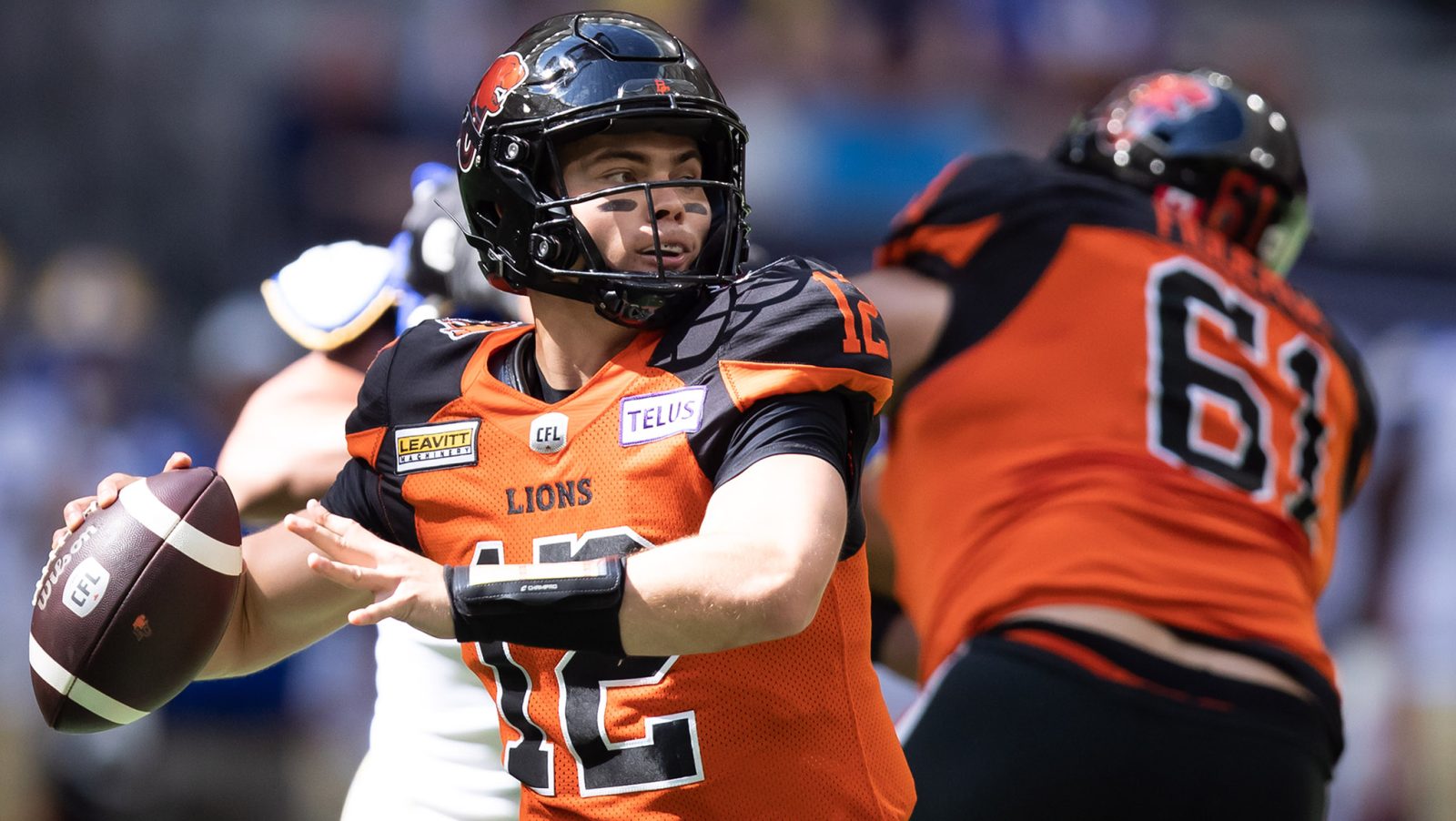 TORONTO — It’s almost time for Week 8 and there’s plenty of exciting CFL football on tap for fans across the country.

It all starts in Hamilton as the Tiger-Cats welcome the Alouettes to Tim Hortons Field for Thursday Night Football. Can the Ticats get their second win of the season or will the Alouettes get their third?

On Friday, the Saskatchewan Roughriders welcome the BC Lions to Mosaic Stadium as the Riders look to snap a two-game losing skid and the Lions will hope to carry forward momentum from their win last week.

Saturday will see the undefeated Winnipeg Blue Bombers take on the Calgary Stampeders at McMahon Stadium and finally, Sunday Night Football caps off Week 8 with an East Division clash between the Toronto Argonauts and Ottawa REDBLACKS. 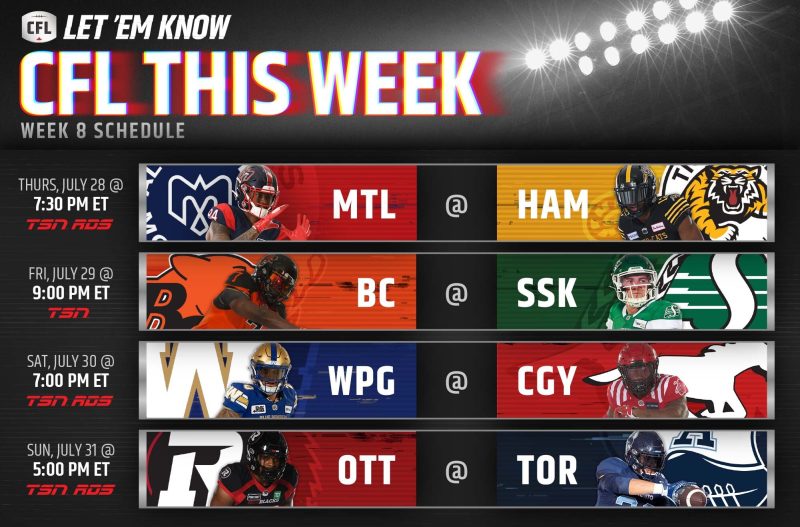