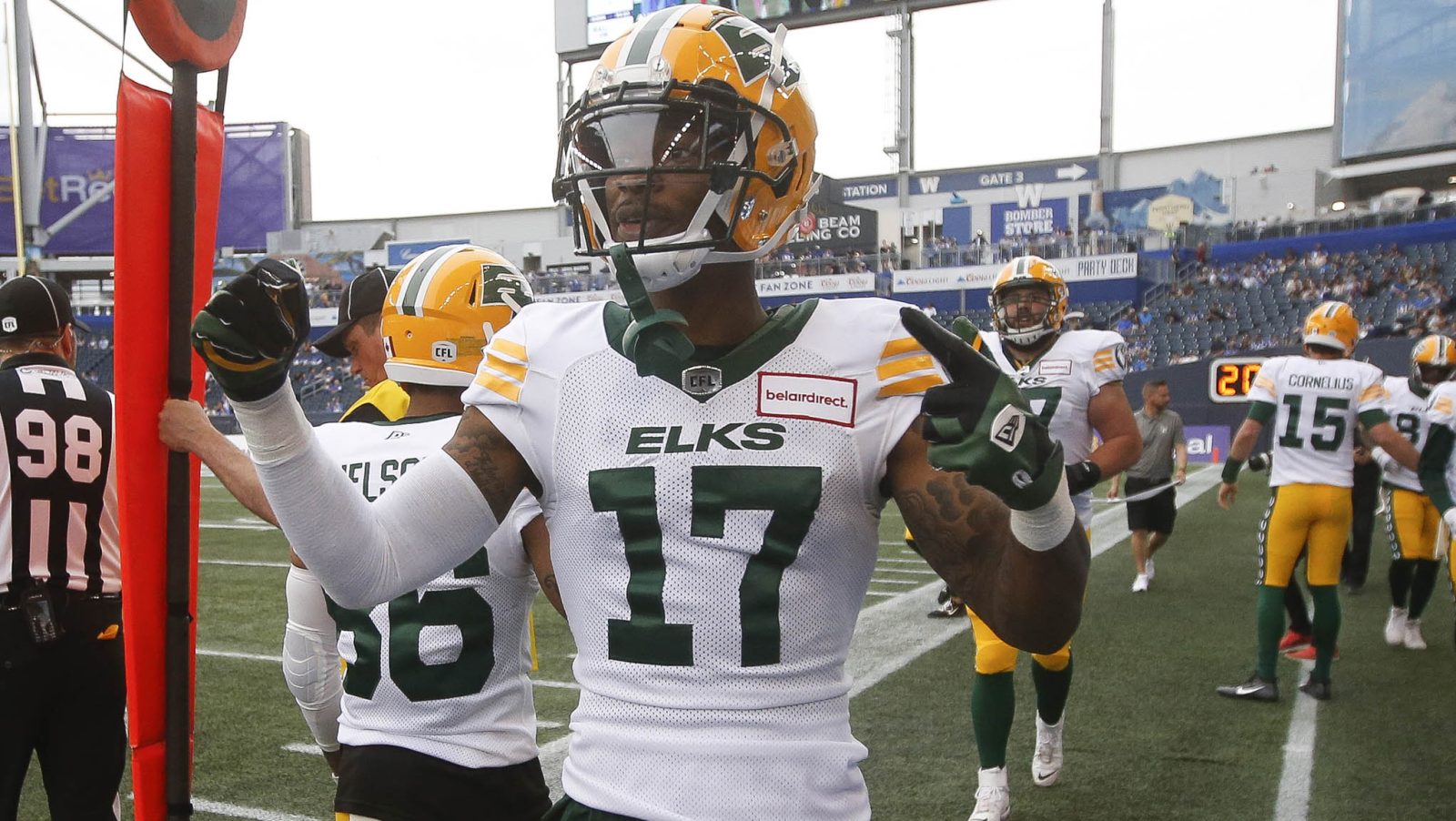 They also added five players to their roster later on Friday.

The roster moves come as the Elks wrap up their bye week during Week 8 and begin preparation for their Week 9 match-up against the BC Lions at BC Place on Aug. 6.

Harry was released by the Lions on July 19 after suiting up for two games this season. The 28-year-old Lachine, Que., native played 13 games over three seasons with BC, recording seven defensive tackles and two special teams tackles. Harry played three four seasons of U SPORTS football at the University of Ottawa from 2015 to 2018, where he totalled 70 tackles, pass breakups, and 11 interceptions.

Wynn played 50 games over five seasons of college football at Furman University, totalling 2,960 yards and 31 touchdowns rushing along with 483 yards and five touchdowns receiving. He was an All-Southern Conference team selection in 2019, when he finished second in the conference with 14 rushing touchdowns. As a fifth-year senior in 2021, the Greensboro, Ga., native served as co-captain of the Paladins.

Hutchins joins the Elks for his third stint in Edmonton, having previously been on the Green and Gold’s practice roster in 2019 before signing with the Lions late that season. He was released by the Lions prior to the start of the 2021 season and signed with the Elks this January. The former UBC and New Mexico State kicker was released by Edmonton following the 2022 pre-season.

A six-foot-six lineman, Roundtree Jr. most recently spent time in the Indoor Football League, playing for the Spokane Shock in 2021 before signing with the Jacksonville Sharks this year. Roundtree’s NCAA career included three seasons at Louisville, where he blocked for 2019 NFL MVP Lamar Jackson, before transferring to Colorado State for his senior year and earning Lindy’s All-Mountain West First Team honours in 2018.

After trading for National punter Jon Ryan during the bye week, the veteran joined his new team on the field for the first time on Friday.