Bombers ‘decided the fourth’ in win over Stamps 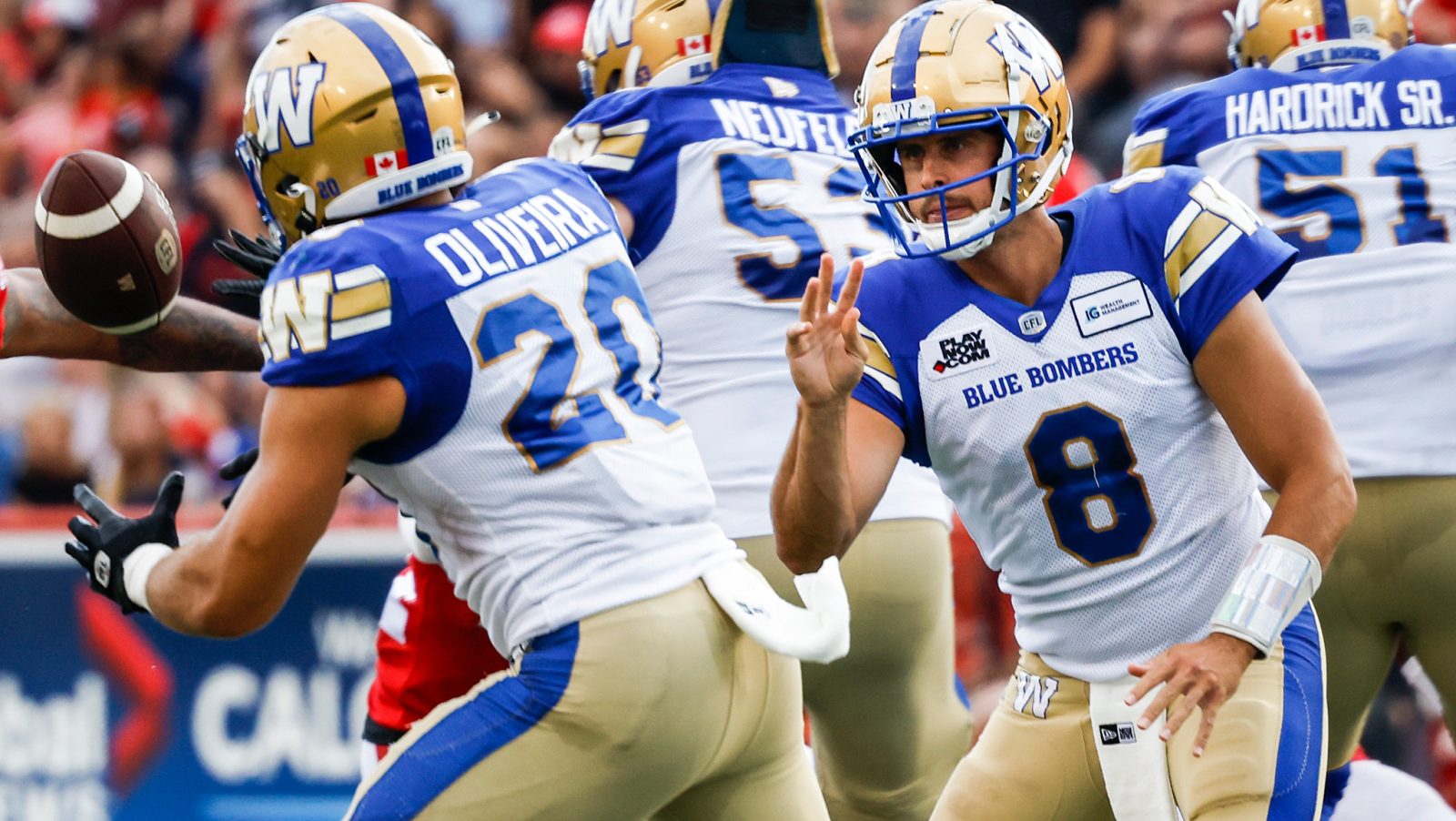 Bombers ‘decided the fourth’ in win over Stamps

CALGARY — With a 35-28 win over the the Calgary Stampeders on Saturday evening, the Winnipeg Blue Bombers improved to an 8-0 record and remain the only undefeated team in the CFL.

The win over Stampeders in Calgary, also gives the Bombers their fifth consecutive road win of the season, marking the first time the franchise has reached five undefeated road wins since 1960.

It was quarterback, Zach Collaros who led the efforts in the win over the West Division rivals. In a visual reminder of why he is the league’s reigning Most Outstanding Player, Collaros completed 22 of his 30 passing attempts, throwing for 270 yards and four touchdowns

However, in a post-game interview with TSN, Collaros maintained that getting a win against a tough opponent in Calgary was more important than personal accolades or perfect records.

RELATED
» Recap: Bombers stay undefeated with win over Calgary
» Box Score: Bombers, Stamps by the numbers
» Through the Lens: Winnipeg at Calgary
» Watch: Collaros connects with Schoen for second TD

“Anytime, you come to McMahon and get a victory it’s a big thing,” said Collaros in a post game TSN interview. “That’s a great football team, a physical football team, a disciplined football team so we knew it was going to be a battle, but we decided the fourth and I’m just so proud of our effort all around.”

The win over Calgary also marked the first time this season, that running back Brady Oliveira had surpassed 100 rushing yards, as the second year back rushed for 110 yards on 15 carries in the game.

As critical as the play of Oliveira was in the contribution to a Winnipeg win, Collaros was quick to credit the offensive success to those who were tasked with blocking.

“I thought obviously Brady ran really hard,” said Collaros, “but I’m sure he’d be the first to tell you that we got a great push up front, guys were really blocking their butts off. The receivers again don’t get enough credit for what they do in the run game.”

As the Bombers prepare to put their win-streak on the line in a Thursday night matchup with the Montreal Alouettes, the Winnipeg quarterback isn’t concerned with losing the winning streak. Telling media the plan is to take the season one week at a time.

“We just want to win one game a week,” said Collaros. “You know, play our best and try to execute the game plan and let the chips fall where they may.”