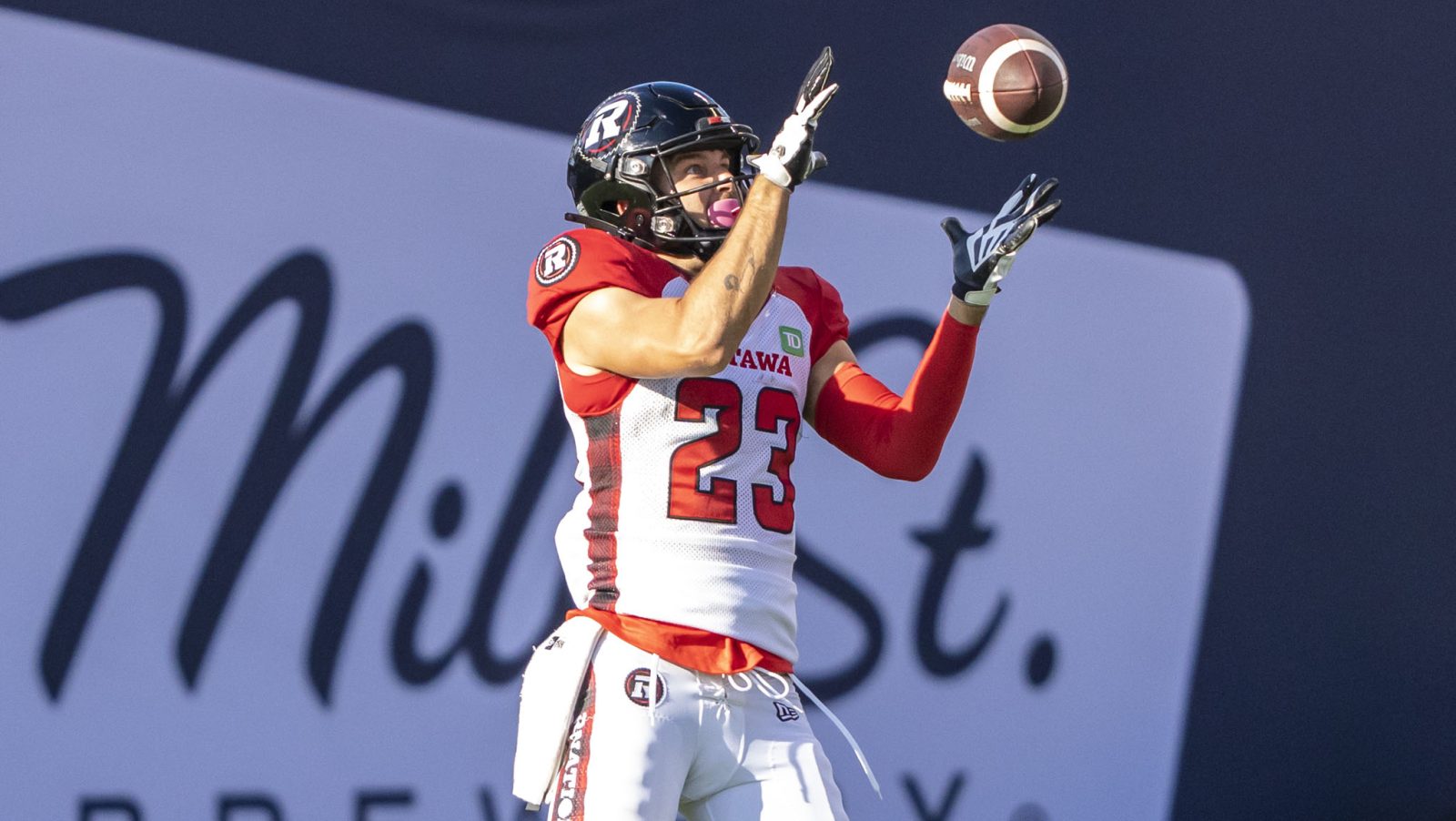 TORONTO — The Ottawa REDBLACKS earned their first win of the season with a hard-fought 23-13 win over the provincial rival Toronto Argonauts to close out Week 8 in the CFL.

Ottawa quarterback, Caleb Evans had an impressive showing in his third game as the team’s starting quarterback. Evans missed on just five of his passing attempts, completing 24 passes for 286 yards and two touchdowns in the win over Toronto on Sunday.

Jaelon Acklin found himself on the receiving end of much of Evans’ yardage in Week 8. Acklin saw a team-high 10 targets, catching seven for 144 yards, including a 30-yard touchdown which gave Ottawa their first major of the game.

In a post game interview with TSN Acklin maintained that despite the impressive performance, winning and overcoming an 0-6 start was what mattered to him the most.

RELATED
» Box Score: REDBLACKS, Argos by the Numbers
» Through the Lens: Ottawa at Toronto
» Watch: Evans connects with Acklin for Ottawa TD

“Yeah this is huge, it’s tough, especially the way that we’ve lost the last couple of games,” Acklin told TSN postgame. “It’s just nice to finally get a win, you feel relieved honestly. Now we just need to keep rolling.”

Acklin attributed much of the team’s success to how they paced the game, and wore down the Toronto defence over the course of four quarters. Working in a mix of heavy packages and intermediate passing concepts.

“I thought that we mixed in a little bit of tempo and they kind of got tired,” said Acklin. “The we started hitting stuff underneath, so yeah, it was just good to get that win honestly, and looking forward to celebrating on the bus back home.”

When asked of his thoughts on the team’s win, the Ottawa quarterback was quick to give credit to Acklin for igniting REDBLACKS offensive attack with a touchdown just before the end of the first half.

“We needed a spark before going into halftime,” said Evans in a TSN postgame interview. “Then we got the touchdown so that’s what we needed and we came out on fire in the second half.”

Evans told media that being winless through the first eight weeks of league action wasn’t at the front of his mind, rather that his job as a professional athlete was to be ready for the week at hand.

“We’re professionals so our job is to be ready each week with the game plan and attack it,” said Evans. “We did a good job of that with the vets, offence and defence, shaking back and getting a win this week.”

Ottawa will look to continue their success in Week 9, as they get set to host Bo Levi Mitchell and the Calgary Stampeders for Friday Night Football from the nation’s capital.