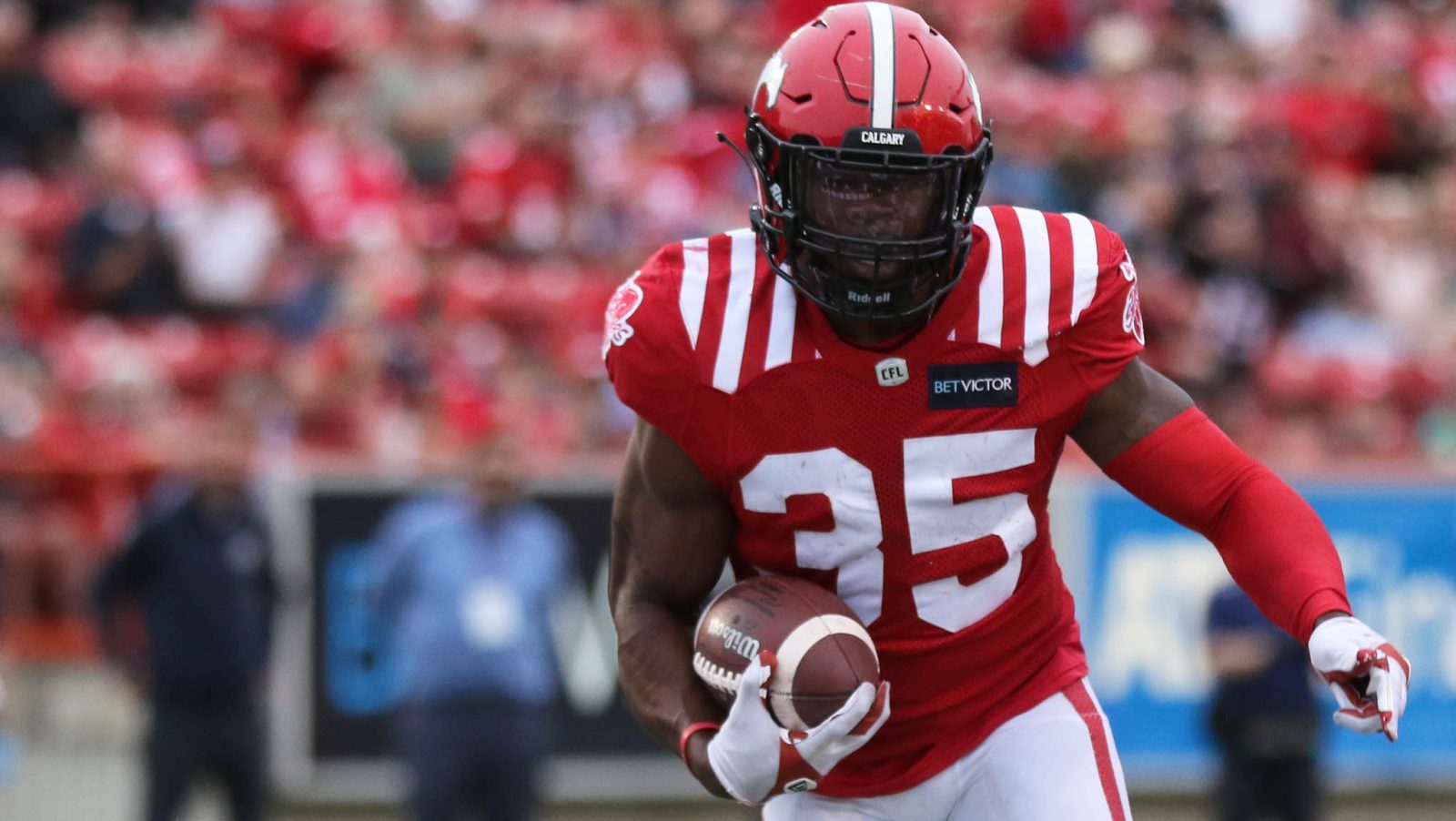 TORONTO — The Calgary Stampeders have shared their final injury reports ahead of their game on Friday at TD Place.

The Stamps were without running back Ka’Deem Carey (hamstring) for the final day of practice and he has been listed as questionable for Friday. Offensive lineman Sean McEwen (ankle), defensive back Tre Roberson (knee) and receiver Luther Hakunavanhu (hamstring) have all been ruled out for Friday as well.

In Ottawa, the REDBLACKS were without receiver RJ Harris (hip), defensive backs Justin Howell (shoulder) and  Douglas Coleman (hamstring) for a second day, they have been ruled out for Friday’s matchup. Defensive backs Randall Evans (illness), Money Hunter (knee) and Hakeem Bailey (quadricep) have all been listed as questionable for Week 9.

Quarterback Nick Arbuckle (illness) was a full participant for a second day, but has also been designated questionable for Ottawa’s game against Calgary.