Checking Down: News and notes from Week 9 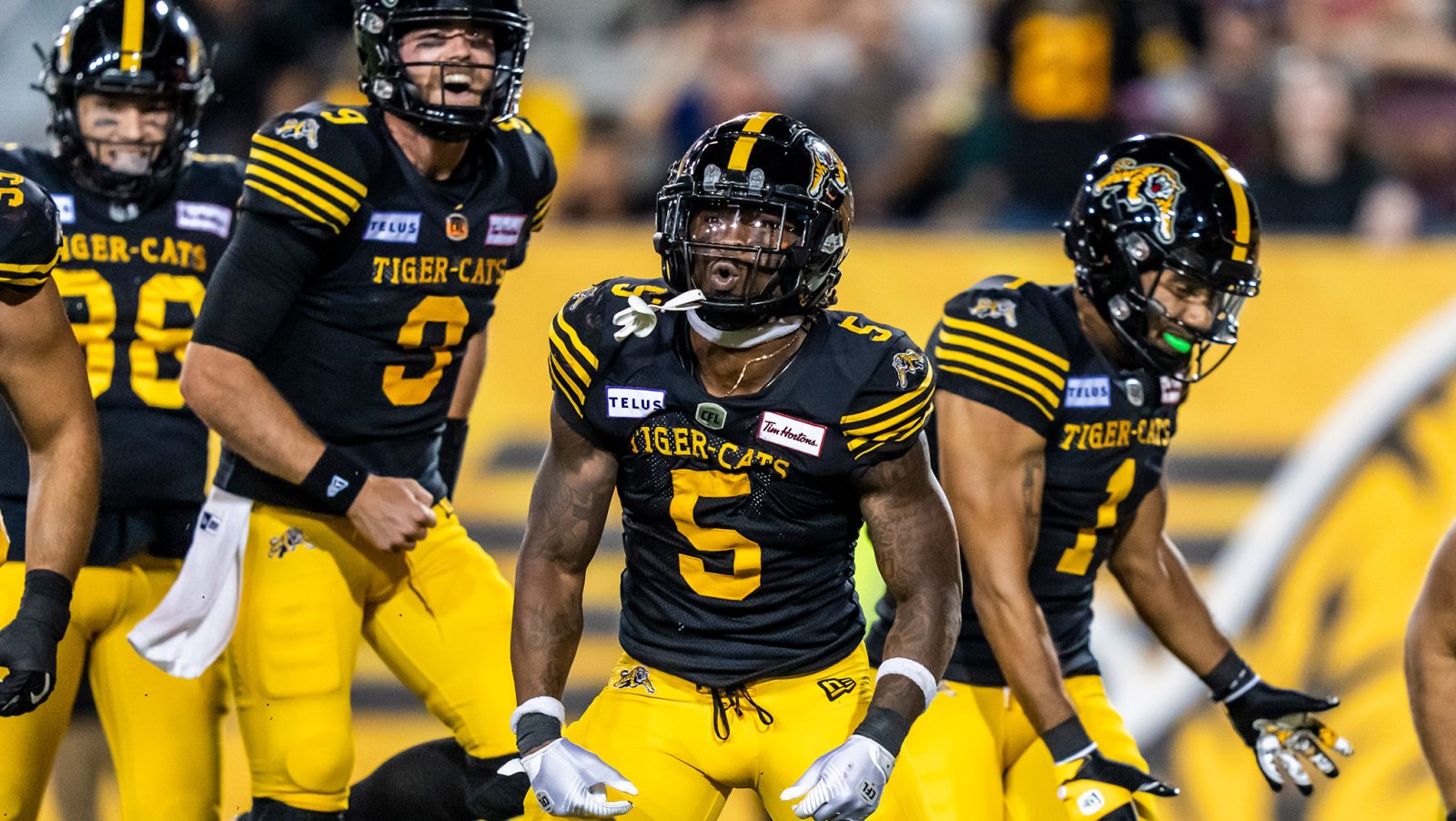 Checking Down: News and notes from Week 9

TORONTO — Week 9 of CFL action is nearly upon us, and there is an abundance of storylines to get excited about across the CFL. The Winnipeg Blue Bombers remain undefeated, the Ottawa REDBLACKS will look to extend their winning ways, and we finally get our first taste of the Hamilton Tiger-Cats, Toronto Argonauts rivalry in 2022. And we can’t to forget about the Montreal Alouettes serving 1.2 kilograms of poutine out of a replica helmet this week.

There is plenty to get excited about as we near the kickoff of Week 9 in the CFL and CFL.ca has compiled everything you need to know before the Blue Bombers and Alouettes kickoff on Thursday night.

– BC Lions’ receiver Bryan Burnham returned to practice after being sidelined by an injury in Week 3. Burnham spoke to team media about his excitement to back on the field with his team (BCLions.com).

– With another incredible performance in their Week 8 win over the Saskatchewan Roughriders, BC quarterback Nathan Rourke was named one of the CFL Top Performers for the week, earning his third Top Performer honour in six games (CFL.ca).

– The Lions have found a tremendous amount of success of the defensive side of the ball to start the year, linebacker Jordan Williams tells team media that it’s the camaraderie of the unit that can be attributed for it’s success (BCLions.com). 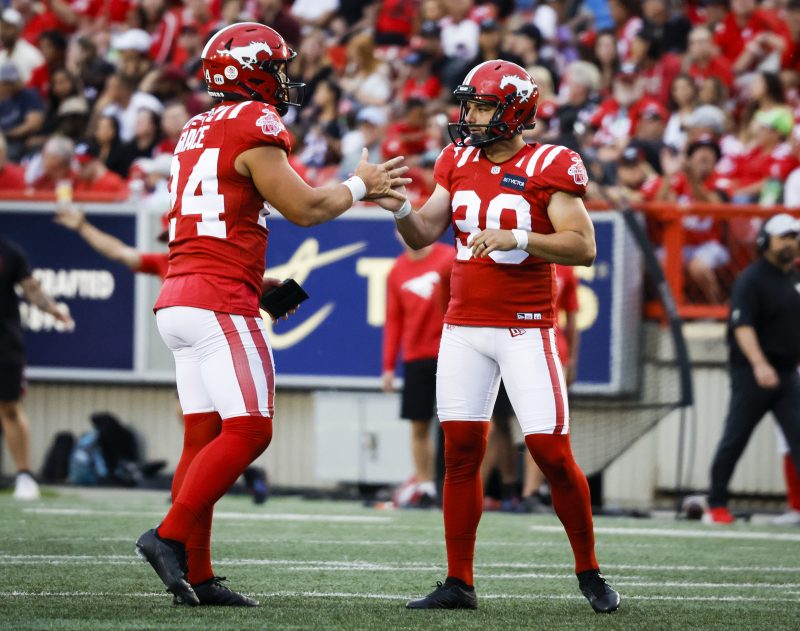 Calgary kicker Rene Paredes leads the CFL in field goal percentage, making 95.5 per cent of his kicks through the first eight weeks of the season (The Canadian Press).

– In a somewhat surprising move, the Calgary Stampeders announced on Tuesday that they have released defensive back Raheem Wilson. Wilson appeared in six games for Calgary recording 19 tackles (CFL.ca).

– Following their loss to the Winnipeg Blue Bombers, Calgary defensive coordinator told team media that the best medicine after a loss is to get back on the field and get back to work (Stampeders.com).

– In his weekly target chart analysis article, CFL.ca’s Marshall Ferguson looks back at Bo Levi Mitchell‘s performance in Week 8 and hints at the possibility of a big game from Mitchell against the Ottawa REDBLACKS on Friday (CFL.ca). 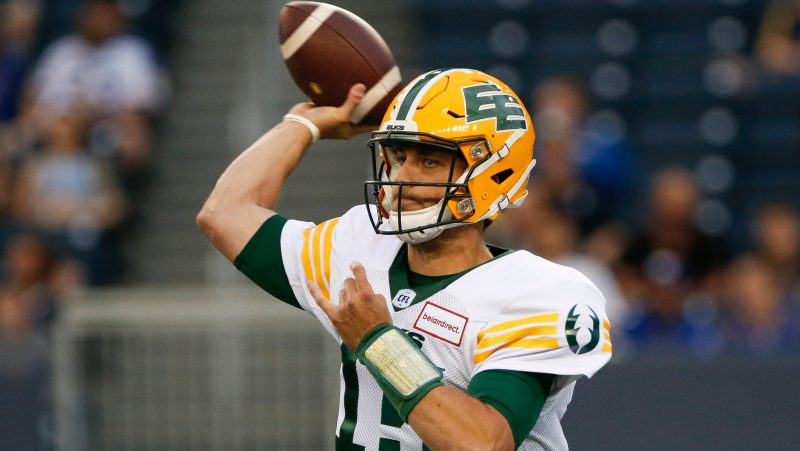 In two games played for the Edmonton Elks this season, quarterback Taylor Cornelius has thrown for 500 yards and a touchdown (The Canadian Press).

– Ahead of their matchup against the BC Lions, Edmonton head coach Chris Jones speaks with team media about facing the Lions for a second time this season and the challenges they pose (GoElks.com).

– After signing with Edmonton, punter Jon Ryan tells team media that he is happy to be a member of the Elks and that he has wanted to play for Jones for a long time (GoElks.com).

– Following the loss to the BC Lions in Week 8, head coach Craig Dickenson said in post-game media session that he believes his team’s confidence is down, but plans to take full advantage of the team’s bye week (Riderville.com).

– In a post-game media availability, Saskatchewan quarterback Cody Fajardo said that he felt one of the biggest challenges his team is facing right now is finding offensive continuity, however he is proud of how his team has handle the adversity (Riderville.com).

– The Winnipeg Blue Bombers remained undefeated with a 35-28 win over Calgary. Quarterback Zach Collaros threw 270 passing yards and four touchdowns as he helped to lead his team to the win. For his efforts Collaros was named one of the CFL Top Performers for Week 8.

– Bombers’ rookie receiver Dalton Schoen continues to have a monumental debut year in the CFL, now leading the league with six receiving touchdowns. In a team media session Schoen describes the work he has put into his 2022 breakout season (BlueBombers.com).

–  Winnipeg head coach Mike O’Shea speaks to team media on Tuesday as the Blue Bombers get set to travel to Montreal for their game on Thursday (BlueBombers.com).

– The Hamilton Tiger-Cats added some depth to their already impressive collection of receiving talent. The team announced on Tuesday that they have signed National receiver, Mike Jones (CFL.ca).

– Hamilton quarterback, Dane Evans tells Ticats media that he is excited to have Jones on the roster, the two have been longtime friends and even roommates at times (Ticats.ca).

– Ticats head coach Orlondo Steinauer spoke with team media on Tuesday about how is team is preparing to face the Toronto Argonauts four times over the next five weeks (Ticats.ca). 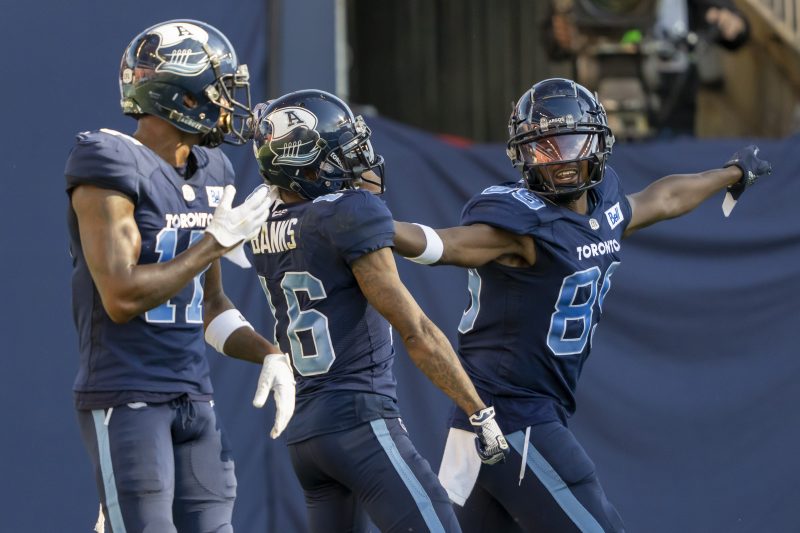 – The Toronto Argonauts announced a handful of roster moves on Wednesday ahead of their matchup with Hamilton, including the signing of American quarterback Ben Holmes (CFL.ca).

– As Argonauts.ca’s Mike Hogan writes, Toronto rookie Enoch Penney-Laryea has taken an interesting path to get to the CFL. Penney-Laryea’s hard work paid off as he scored a touchdown in the CFL with a fumble recovery against Saskatchewan in Week 7 (Argonauts.ca).

– The Boatmen will be squaring off against the Tiger-Cats for the first time this season on Sunday, see who the CFL.ca writers are taking to win in the first meeting in this week’s Prediction Time article (CFL.ca).

– The Ottawa REDBLACKS will host the Calgary Stampeders on Friday night as they look to build on their win over Toronto. The game will mark Legacy Night in Ottawa, celebrating the 2016 Grey Cup championship REDBLACKS team (OttawaREDBLACKS.com).

– Ottawa newcomer Jaelon Acklin has provided a massive spark for the REDBLACKS offence, his 687 receiving yards currently lead the CFL. Over the month of July, Acklin reeled in 443 receiving yards and two touchdowns. For his efforts, Acklin has been named of the CFL’s Top Performers for the Month of July (CFL.ca).

– Ottawa quarterback, Caleb Evans helped lead his team to their first win of the season against Toronto in Week 8. Evans was named one of the CFL Top Performers for Week 8 as he completed 82.8 per cent of his passes throwing 286 yards and two touchdowns (CFL.ca). 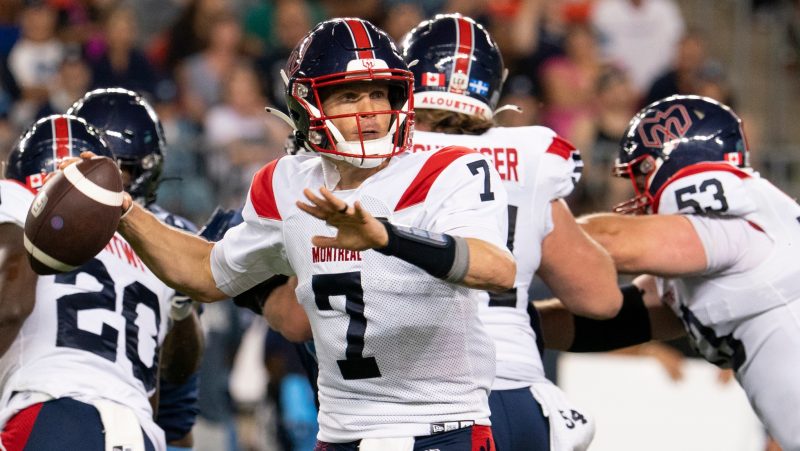 Montreal quarterback Trevor Harris has eclipsed 240 passing yards and thrown at least one touchdown in each of his last three starts (The Canadian Press).

– The Montreal Alouettes will host the undefeated Winnipeg Blue Bombers in what should be an exciting game on Thursday evening. However, if that’s not reason enough, MontrealAlouettes.com has five reason you’ll want to be in the stands, including a poutine-filled replica helmet (MontrealAlouettes.com).

– On Tuesday afternoon the Alouettes welcomed international icon Burna Boy to Percival Molson Memorial Stadium. The Als gifted him a jersey and eh took time to meet with members of the team (@MTLAlouettes).

– While he is siding with the Bombers in his latest Weekly Predictor, CFL.ca’s Jamie Nye does provide reason for optimism among Alouettes fans, as this could be a potential trap game for Winnipeg following a short week of rest and a long road trip east.