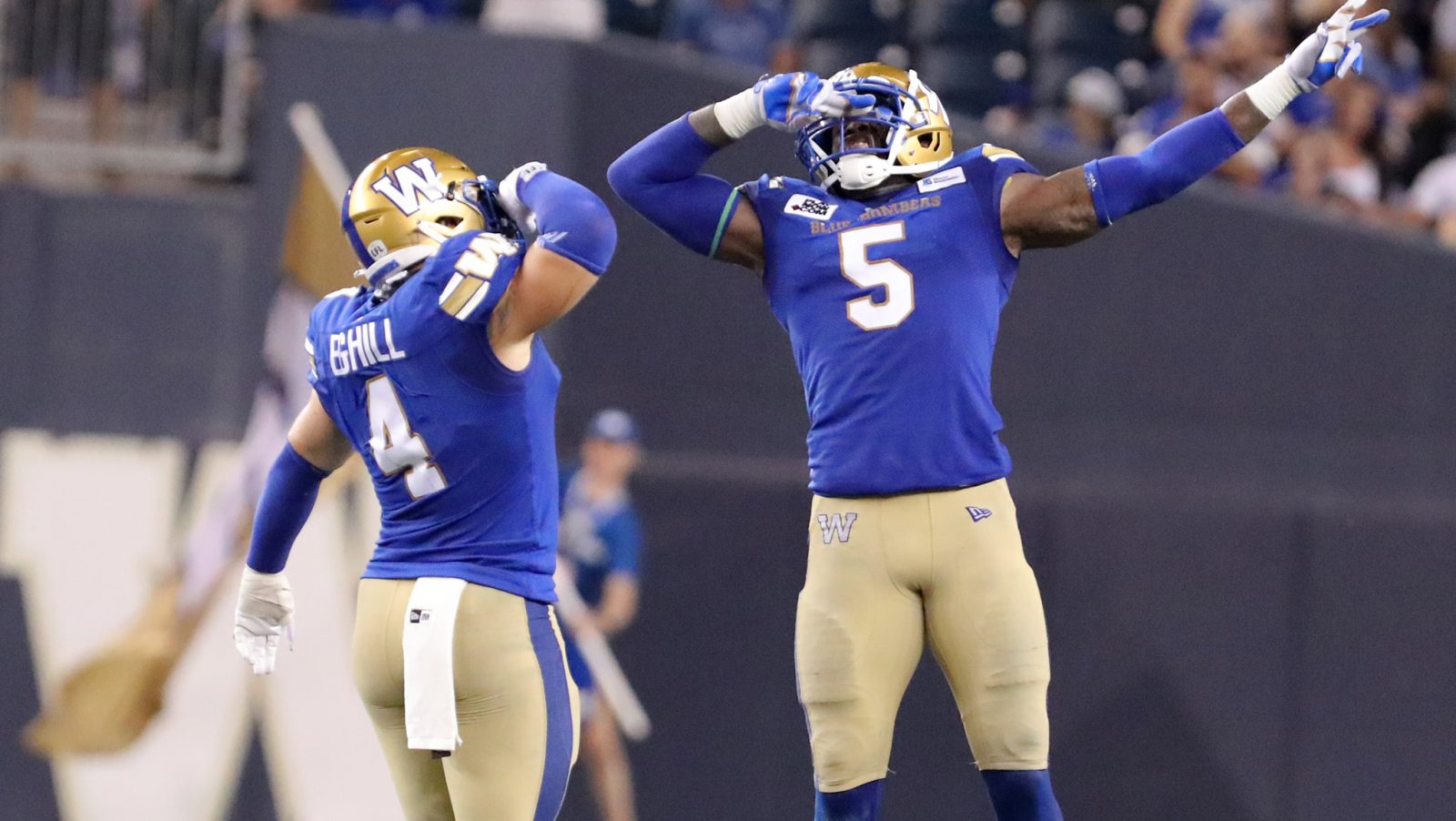 Shout out to all of those on CFL Pick ‘Em who committed to taking the Ottawa REDBLACKS to pull off their first win of the season. The REDBLACKS got win No. 1 visiting the Toronto Argonauts after the Argos had won back-to-back games against the Saskatchewan Roughriders.

I’m not sure if the Argos’ pair of wins over the Riders say more about the Argos or the Riders after the REDBLACKS win. Or it could say nothing at all. We’ll find out when Saskatchewan returns from its bye week with a matchup against Edmonton in Week 10.

This week sees two of the top teams in the West coming off of a short week and having to travel east, which has led to a handful of close games and a sizeable win by the Montreal Alouettes over Saskatchewan in Week 3. 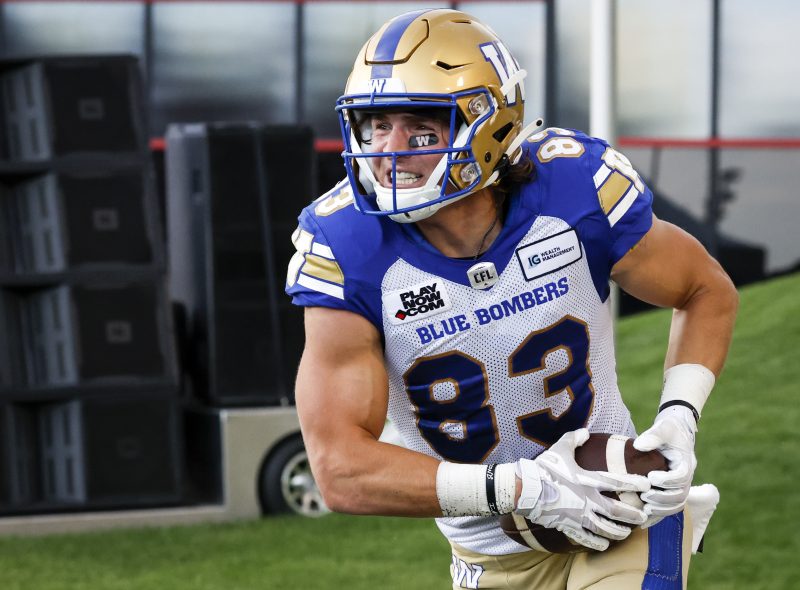 However, a short week with travel from Calgary to Winnipeg to Montreal is a very similar situation to that of Saskatchewan getting bested by the Alouettes when they played in Edmonton on Saturday and Montreal on Thursday back in Week 3. If an upset happens here, it’s a trend to start paying some serious attention to.

But I won’t pick against Winnipeg until they start losing. I didn’t take my own advice last week. 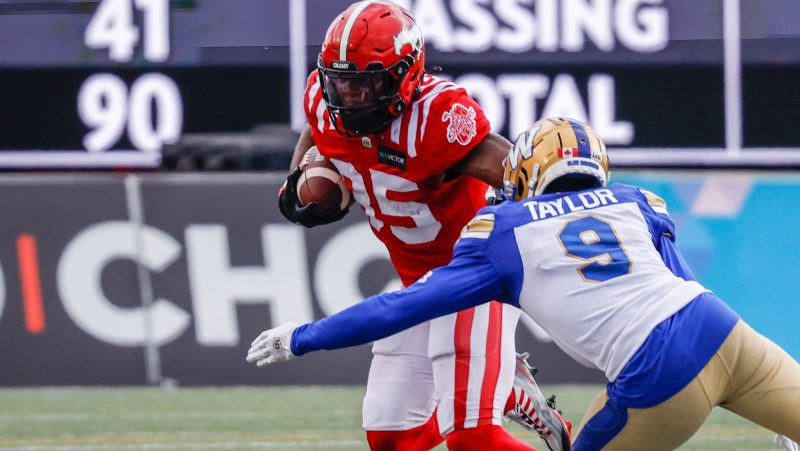 Calgary Stampeders running back Ka’Deem Carey has five rushing touchdowns through the first eight weeks of the season, currently leading all CFL running backs in scoring (The Canadian Press).

Ottawa is one of those teams that felt like once it got that taste of winning, things could start quickly moving in a more positive direction. Unfortunately for them, they now face the one team that you could argue should be No. 2 on the power rankings after losing two really tight games against the undefeated Bombers.

Calgary has all the tools to be neck-and-neck with the Bombers right until the end. Bo Levi Mitchell looks refreshed and his shoulder looks as strong as ever. Ka’Deem Carey has been a dominant force out of the Calgary backfield. Their receiving corps is deep and their defence has also proven to be one of the best in the league.

While Ottawa’s Caleb Evans ran an efficient offence and was able to make some big plays to upset the Argonauts and their defence had its best game of the year, I’m still going to have a hard time picking against the Stampeders facing a one-win team. 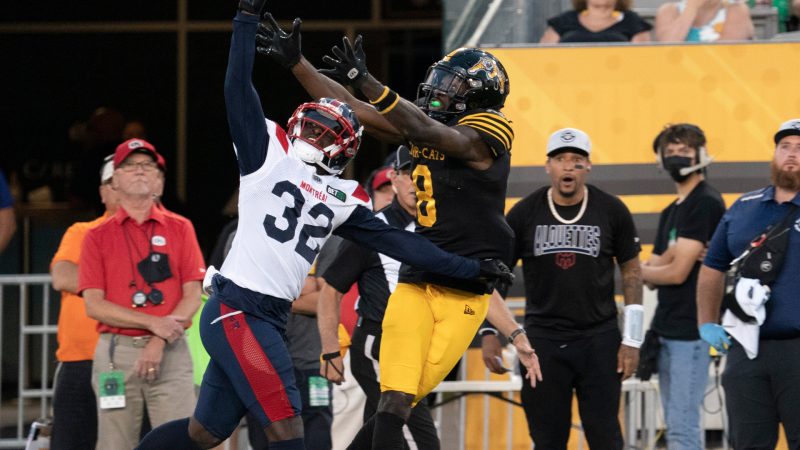 A quirk in the schedule for this season has the Hamilton Tiger-Cats and Toronto Argonauts going head-to-head four times in the next five weeks, with the finale being the Labour Day Classic in Hamilton.

I can only imagine the bad blood that will be boiling between the two bitter rivals by the time we reach Labour Day. Before they even see each other on Saturday, Toronto won’t soon forget the disappointment of losing last season’s Eastern Final at BMO Field.

It was interesting to see the Tiger-Cats using a two quarterback system last week with Matthew Shiltz and Dane Evans rotating in at quarterback. I’m interested to see how that develops through the season. After starting the season with a lacklustre run game, the Tiger-Cats got creative with Shiltz, who helped open some holes and slow down the opposing pass rush.

As for Toronto, they got shutout in the second half against Ottawa and their offence again is hot and cold. It’s hard to predict what you’re going to get from McLeod Bethel-Thompson week-in and week-out. It also didn’t help that he got sacked four times against Ottawa in Week 8.

I feel Hamilton will start to ride some of the momentum they have been able to generate and they have been steadily improving since their bye in Week 5. 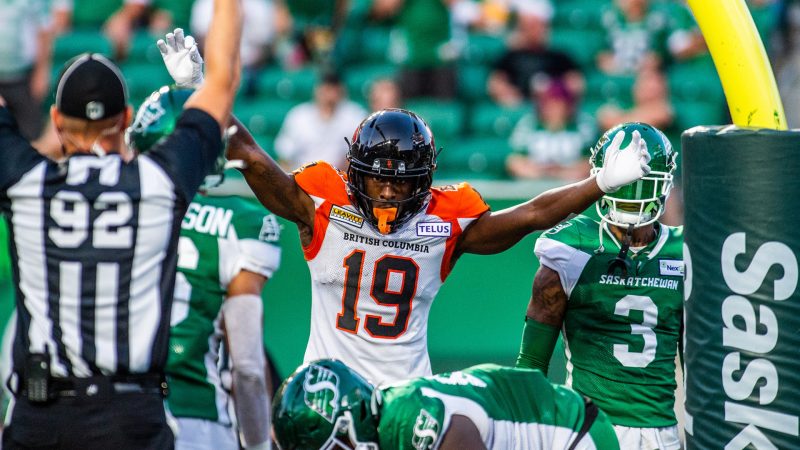 BC Lions receiver Dominique Rhymes has tied his career-high in touchdowns scored with five already on the year (Matt Smith/CFL.ca).

Speaking of bye weeks, I’m really curious to see the adjustments to the scheming and to the roster that Chris Jones makes after having a week to assess the current situation in Edmonton.

The team made numerous roster moves late last week, a clear sign Jones is getting a better feel for which players give him the best chance to win. He did the same thing during the 2016 rebuild  in Saskatchewan, dressing a record amount of players. It appears he might break that record in Edmonton this season.

Meanwhile, the BC Lions went into Saskatchewan and completely dominated the second half. If you thought Nathan Rourke was slowing down, which he was statistically, he picked the Roughriders apart and showed the same poise and accuracy we’ve seen all season from the young Canadian phenom.

Edmonton will get better, however at the current moment I don’t believe the Elks are good enough to beat the Lions just yet.