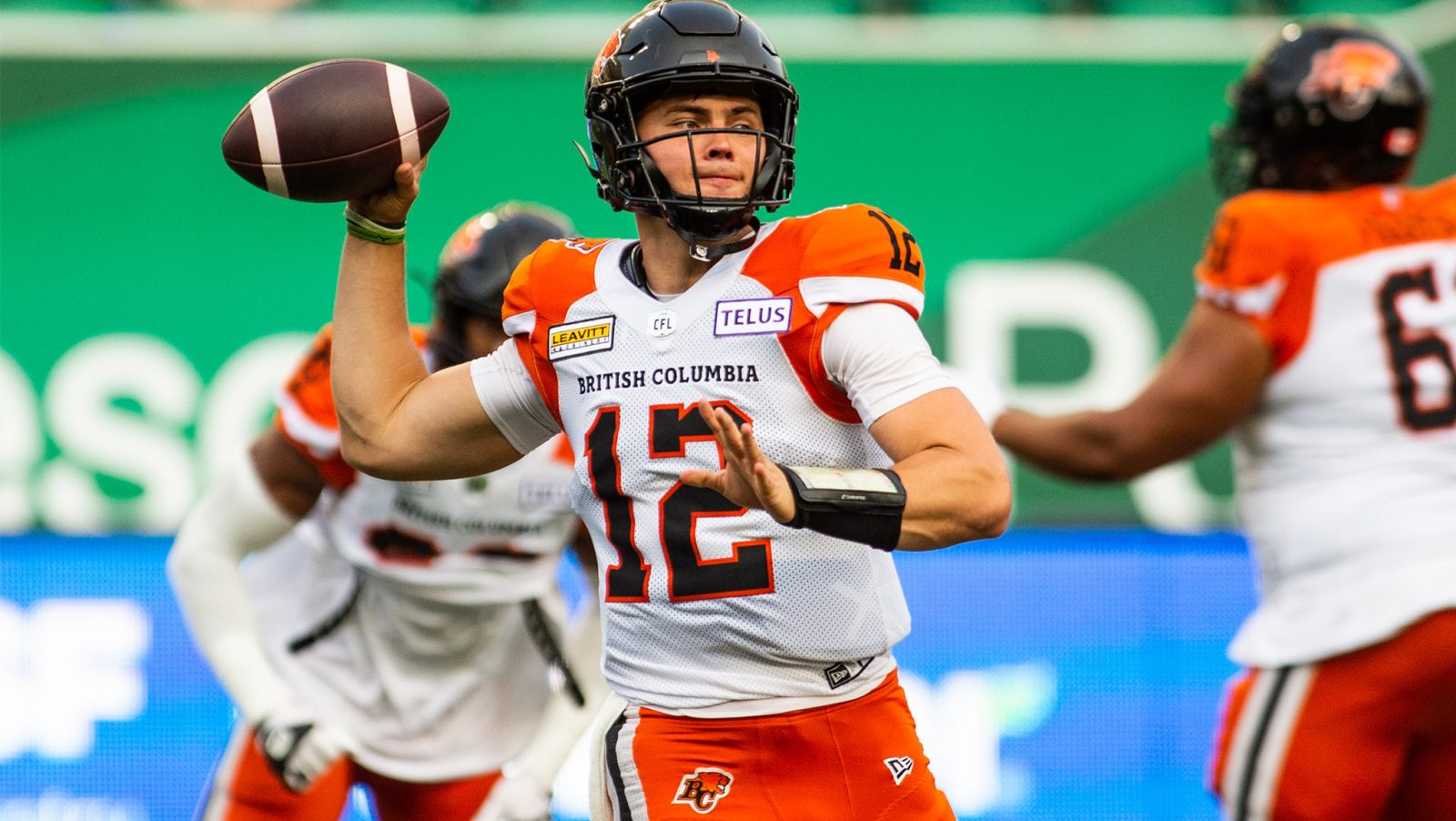 TORONTO — It’s almost time for Week 9 and there’s plenty of football that will surely provide yet another exciting week of CFL action.

The week will kickoff in Montreal on Thursday as the undefeated Winnipeg Blue Bombers put their eight-game win streak on the line against the Montreal Alouettes, who will be looking to rebound after suffering a Week 8 loss.

On Friday, the Calgary Stampeders will be making their way to the nation’s capital to take on Caleb Evans and the Ottawa REDBLACKS. Historically these two teams have played each other closely. Friday should be no different in a four-round bout between Ottawa and Calgary.

Saturday’s double header features one of the most anticipated games of the week, as fans across the country will get to watch bitter rivals in the Hamilton Tiger-Cats and the Toronto Argonauts square off for the first of their four meetings over the next five weeks. In the second of Saturday’s matchups, the high-flyin’ BC Lions will be taking their impressive offensive attack on the road as Week 9 closes out with a matchup between the Lions and the Edmonton Elks. 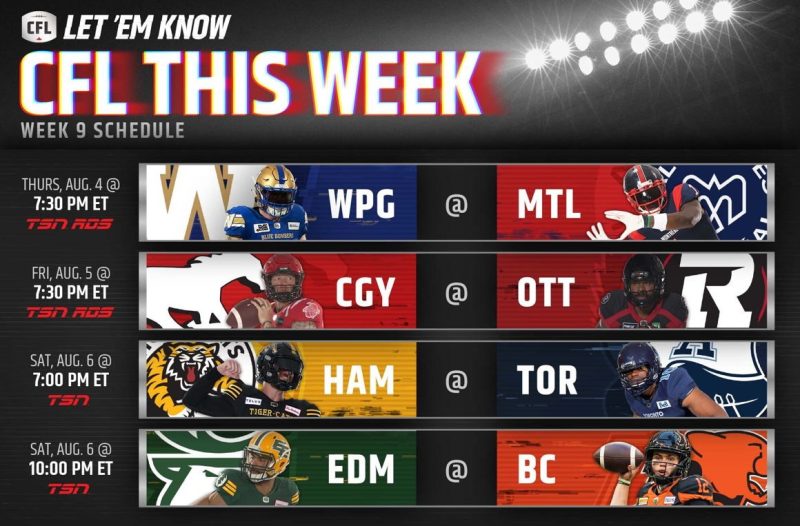