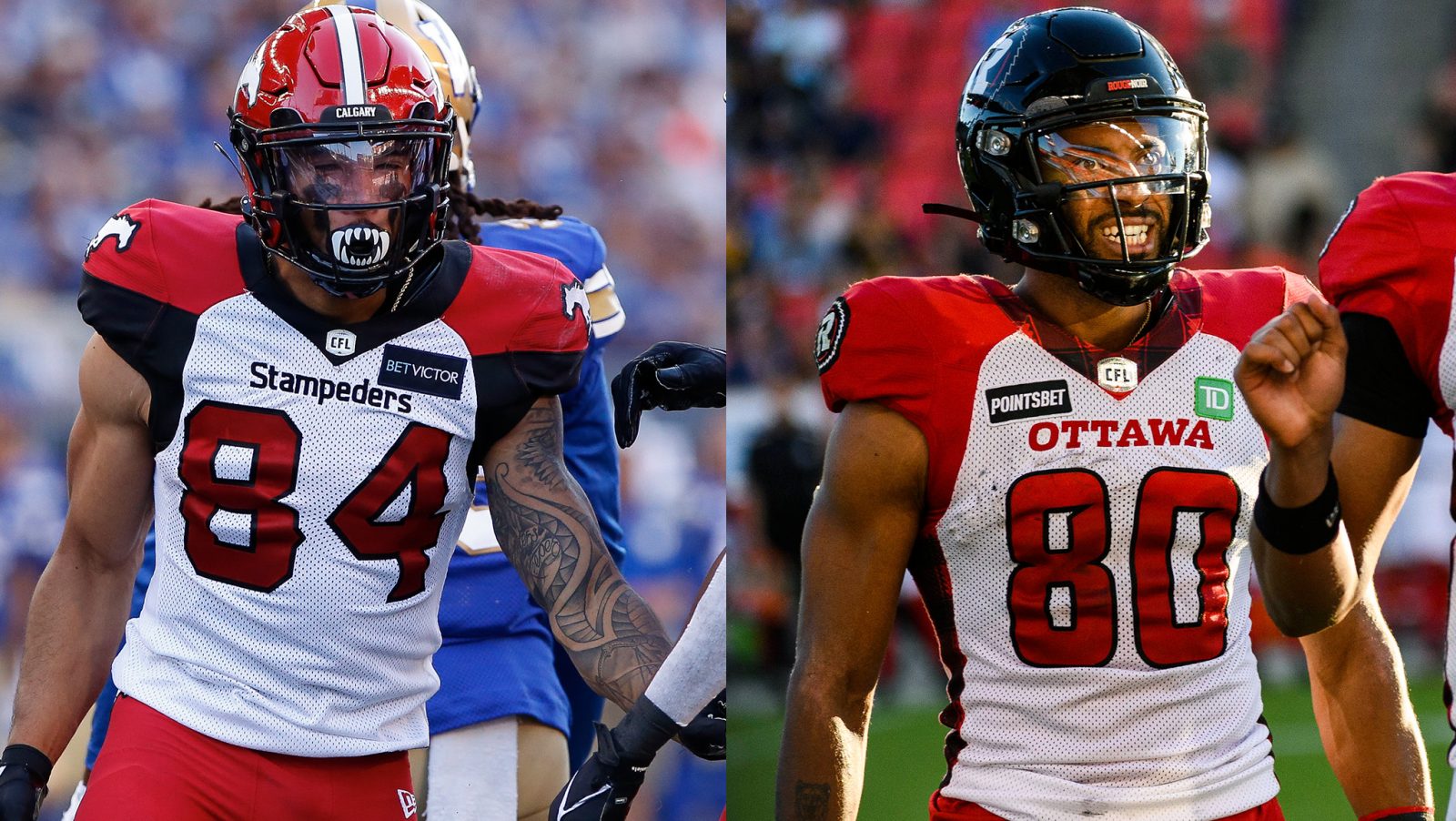 OTTAWA — Fresh off their first win of the season, the Ottawa REDBLACKS will look to continue the momentum they have started to build as they play host to the Calgary Stampeders on Friday night.

Ottawa took down the provincial rival Toronto Argonauts in a  23-13 win lead by quarterback Caleb Evans to close out Week 8.

Evans has had a big role to fill, but had more than stepped up in the absence of Jeremiah Masoli, having one of his best performance as a starter against the Boatmen, completing 82.8 per cent of his passes for 284 yards and two touchdowns in the win.

Calgary enters the game coming off of a 35-28 loss to the Winnipeg Blue Bombers, giving the team back-to-back losses entering their matchup with Ottawa.

Evans and the REDBLACKS will now be up against a Calgary defence that has given up 1,685 yards through the air, which should favour top target Jaelon Acklin.

Acklin recorded a season-high in receiving yards against the Argos, catching seven passes for 144 yards and a touchdown in the win. Evans connected with Nate Behar for the team’s second passing touchdown on a late drive to help secure an Ottawa win.

In his season debut for the REDBLACKS, Ryan Davis caught six passes for 41 yards. If Davis can continue to steadily improve this week, it will give Evans another valuable option in the passing game.

Despite not having their star quarterback, the REDBLACKS are still fourth in average passing yards with 282 per game, and Evans has done a tremendous job serving as Ottawa’s starting quarterback. In three games as the No. 1 quarterback, Evans has thrown for 786 yards and four touchdowns.

The ground game has also been a strength in the nation’s capital. In Week 8, William Powell, Jackson Bennett and Evans combined for 112 yards. On the year they’re fourth in the league, averaging 94.1 yards per game.

The REDBLACKS defence took a big step forward last week, holding the Argos to 13 points. That lowers their points against average too 25.4, something they’ll look to further reduce against the Stampeders.

It won’t be easy though, as the Stamps offence has put up an average of 31.5 points per game through six games.

Ottawa will need to be aggressive when the ball is in the air against Stampeders quarterback Bo Levi Mitchell. However, Mitchell has been one of the best at protecting the football this season, throwing just three interceptions, and the REDBLACKS have only forced four of their own.

The return of Ottawa defensive back Monshadrik Hunter will provide a boost of confidence in the defensive secondary, Hunter has recorded a team-high three interceptions on the year.

Putting pressure on Mitchell, on the other hand, is something that REDBLACKS have proven more than capable of all season long. They have recorded 19 sacks on the season, the second best total in the CFL.

Defensive end Lorenzo Mauldin recorded his team leading seventh sack against the Argos, and will be relied upon to be disruptive against the Stamps offensive line.

Defensive linemen Davon Coleman and Kene Onyeka also had a sack a week ago and will attempt to carry that momentum into Friday’s game.

However, the offensive line protecting Mitchell, led by Julian Good-Jones and Ryan Sceviour, have allowed just seven sacks on the year, the second lowest total across the league.

With time in the pocket, Mitchell has been able to throw for 1,518 yards and seven touchdowns in six starts. Against a tough Bombers defence in Week 8, Mitchell found Reggie Begelton for 74 yards and Malik Henry for 55 yards, but failed to throw for a touchdown.

For Mitchell, he’s looking forward to getting back out on the field and snapping the team’s two game losing slide.

“We have to make plays, bigger plays,” Mitchell told Stampeders.com. “We’ve got a 6 day week, short one here coming into Ottawa with travel so you can’t have your head down too long. Get your head up. We have to find out what you did wrong (against Winnipeg) and get better.”

According to the team’s depth chart, the Stamps will be without the CFL’s second leading rusher as Ka’Deem Carey is out for Friday night’s contest.

Rushing responsibilities will fall on the tandem of Dedrick Mills and Peyton Logan. Mills has spent time on the six game injured list and has played in one game, in which he rushed for 28 yards. Logan has 16 carries for 98 yards over five games.

If Calgary wants to be successful, it’ll take a total team effort on defence to slow down the reinvigorated REDBLACKS offence. Their 13 sacks and seven interceptions rank eighth and fifth, respectively.

Defensive lineman Mike Rose, Linebacker Cameron Judge and defensive back Titus Wall will be relied upon defensive to help the Ottawa offence at bay.

While not happy with their two previous losses to Winnipeg, Stamps head coach Dave Dickenson believes in his team and expects a strong performance this week.

“I’m proud of our guys, we’re not down on our guys at all,” Dickenson told Stampeders.com. “I know we have to play better. I feel like our group will rise up and get better. That’s what we need to do.”

Ottawa may only have one win, but their still very much in the hunt in the East Division. Calgary wants to rebound from back-to-back losses to the defending champions on Friday night.

Kickoff in the nation’s capital is set for 7:30p.m. ET and the game can be seen on TSN, ESPN+ and can be followed along on CFL.ca’s Game Tracker.