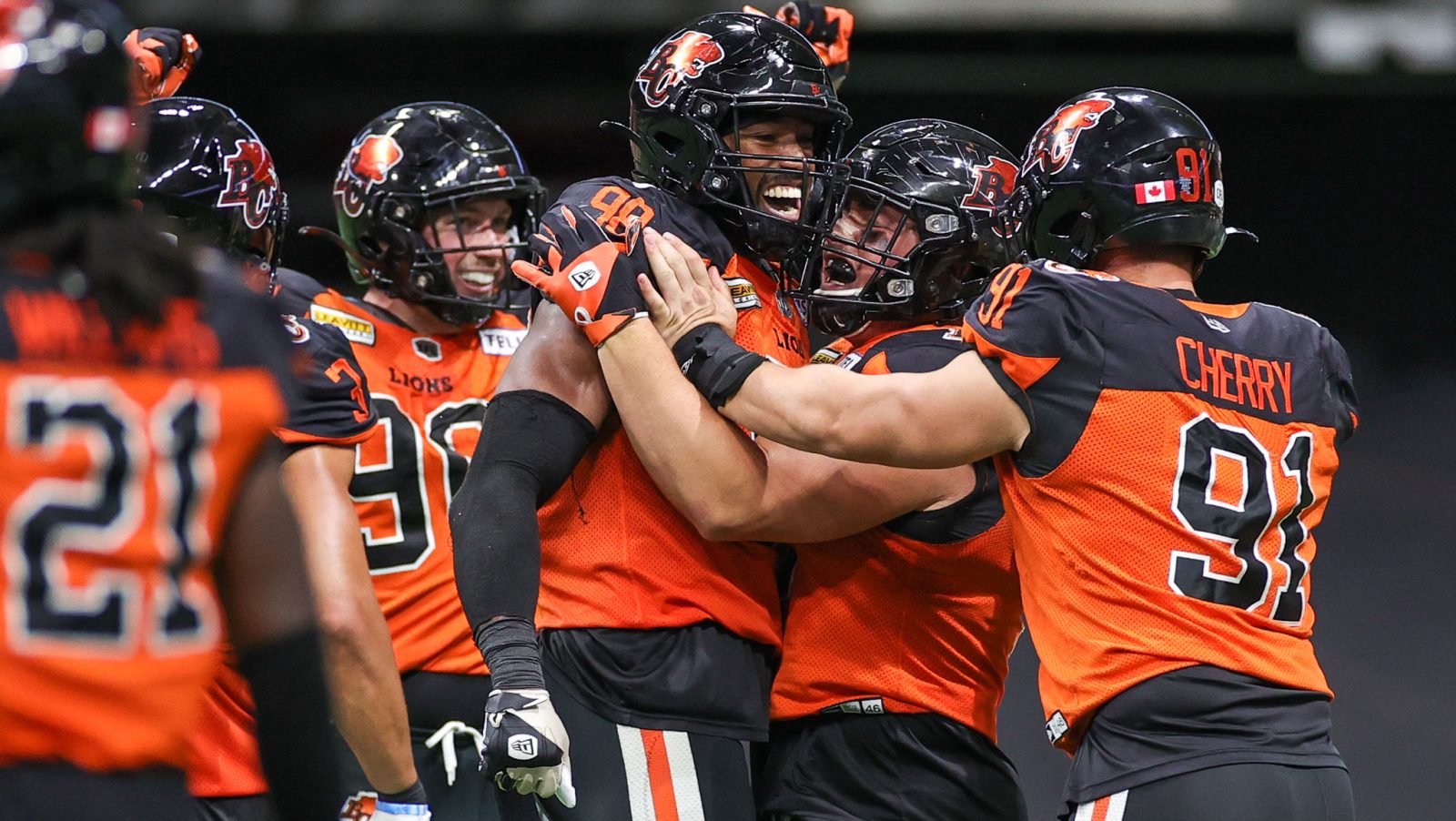 Hello, George Hopkins. Fifty years and a thousand games? Has anyone calculated how many thousands of balls of rolled up tape you’ve swished into garbage cans from the other side of the locker room during that time? Because I’m guessing you’re Steph Curry automatic by now.

Here are the Week 9 takeaways.

BC quarterback Nathan Rourke said those words with a straight face and without even a hint of a smile as he answered questions in the aftermath of the Lions’ 46-14 win over Edmonton.

Not that he didn’t ever smile during the media conference. He certainly did crack a few here and there. But that was mostly when he was talking about teammates or what he, personally, could do better, even though he did complete 34/37 passes for 477 yards and five touchdowns, while rushing for another major.

Maybe there’s nothing else to say at this point. Football’s fun when things are going right. Gotta nice ring. Put it on a T-shirt.

BONUS TAKEAWAY: Soon, Nathan Rourke will sign a deal with NASA allowing them to use his passes to calibrate their launch and guidance instrumentation.

DON’T LET GO OF THAT ROPE. ALSO, PULL REALLY, REALLY HARD ON IT

For Toronto Argonauts’ quarterback McLeod Bethel-Thompson, the difference between a rousing win and a dispiriting loss for his crew is a state of mind and go figure why you’ve got it this time but not that time.

“I think we let go of the rope a little bit last week (in a loss to Ottawa),” said Bethel-Thompson after the Argos comeback win over Hamilton. “We were in that game. We could’ve easily fought back and won that game as well.”

But they didn’t, and then they came out and looked like they didn’t even know where the rope was during a dismal first half, trailing the Ticats by a score of 14-6 after 30 minutes. And that was perhaps flattering. “On our sideline, we thought it was gonna probably be one of those forty – zero blowouts,” said Hamilton linebacker Simoni Lawrence.

“We fixed our mistakes this week,” said Bethel-Thompson. “We could easily have let go of the rope, there, at halftime. We all just pulled together, man.”

Then McBeth proved that he understands the assignment when it comes to his team’s marketing slogan.

“I’m gonna use ‘pull together’ about fifty thousand times in this interview,” he said.

BONUS TAKEAWAY: Don Jackson’s breakdance touchdown celebration alone should make him a Performer of the Week because both Don Jackson and I know that THE 80’s WERE AWESOME.

If the Winnipeg Blue Bombers can be had, it sure does seem like they cannot be had in the second half, particularly the fourth quarter.

Where they can be had, perhaps, is in the early going of each of their games. Takes a little time for them to get revved up and all.

The Montreal Alouettes got an early interception, scrimmaged first-and-ten from the Bombers’ 27-yard line and turned it into a field goal, not a touchdown. Then the Als forced and pounced on a fumble, starting a drive at the Winnipeg 40. They drove to the six-yard line, then turned it over on downs. Eight plays and 104 yards later, Winnipeg had a touchdown and took a 7-3 lead to halftime. They might instead have been trailing 10 or even 14-nothing.

So if opportunity knocks early during your game against Winnipeg, you do not lay on the couch and shout “who’s there?”

You spring to your feet and you get to the door quickly. And you’d better open it wide.

GIVE HIM ALL THE ATTENTION YOU HAVE

This year’s first “Ron Swanson Bring Me All The Bacon And Eggs You Have” Award goes to Montreal’s Tyson Philpot.

The Montreal rookie returned a third quarter kick 60 yards to set up the Als at the Winnipeg 37-yard line. Three plays later, he took a backfield pass and turned it into an impressively sculpted, 15-yard touchdown. On the ensuing kick-off, Philpot raced down the field on cover, and made a snazzy tackle on return terror Janarion Grant, stopping him at the Winnipeg 33.

BONUS TAKEAWAY: I fear Montreal’s ‘night of the horn’ might lead to a kind of arms race in noisemaking. Which team will be the first to have Bagpipe Night?

THERE ARE BOOK SMARTS AND THEN THERE ARE STREET SMARTS

After Ottawa’s 17-3 loss to the Calgary Stampeders, REDBLACKS relief quarterback Nick Arbuckle said he actually felt fairly comfortable with the playbook and his grasp of it. But like a lot of things in life, a strong understanding of the theoretical does not automatically lead to smooth sailing in the practical.

“You can learn the playbook a lot faster than you can learn a receiver’s body language,” said Arbuckle, who completed 17 out of 23 passes for 186 yards in less than a half of work. But he also threw two glaring interceptions, one of them where a lack of practice reps with the offensive starters really showed. “I felt it out there with a couple of throws,” said Arbuckle, “like the last interception.” Arbuckle and receiver Jaelon Acklin were not on the same body language page.

“We gotta figure out what our offensive identity is gonna be,” said Ottawa head coach Paul LaPolice after the game. If that identity includes a change at QB1, then now is the time for the coach to give Arbuckle a crash course in his receivers’ body language, with first team reps galore.

BONUS TAKEAWAY: Ho hum, another diamond found by John Hufnagel and the Calgary front office. In his second game in the CFL, Dedrick Mills rushed 16 times for 100 yards. Just another reminder why Hufnagel has never had a single bead of sweat appear on his forehead during free agency season. Because he’s down in a cool cave somewhere, miner’s hat on, spotting something shining, off in the darkness.

AND FINALLY… Never stop being you, Jermarcus Hardrick. Never ever.