Start vs Sit: Options to bolster any roster in Week 10 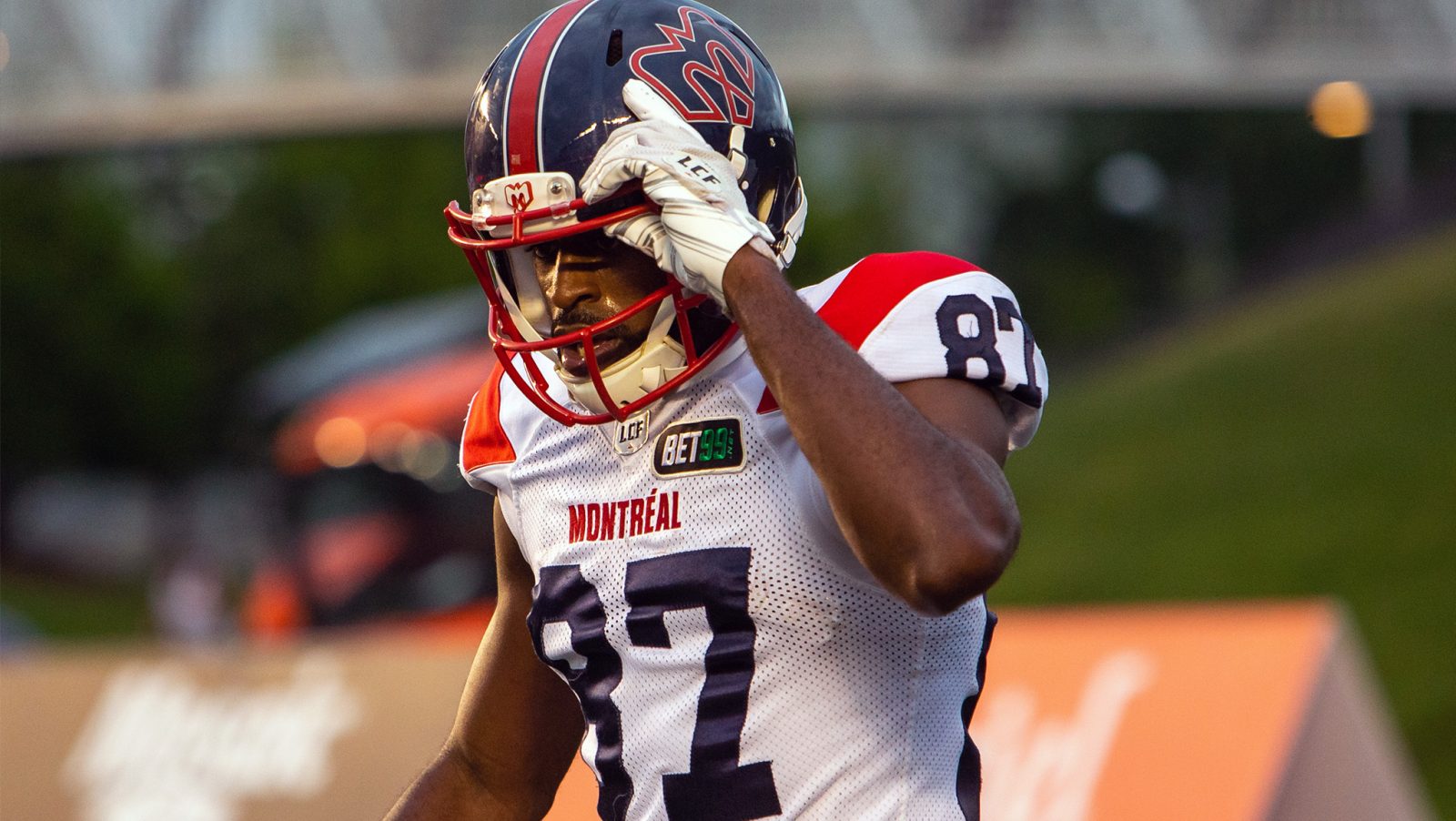 Start vs Sit: Options to bolster any roster in Week 10

BC Lions quarterback Nathan Rourke ($13,884) is worth every penny when he faces the Elks defence.

Even on a down week, the league’s reigning Most Outstanding Player, Zach Collaros ($9,451) will throw at least two majors.

Montreal Alouettes receiver Eugene Lewis ($9,768) will produce regardless of who’s at pivot.

As for everything else? Well, life – and CFL fantasy – can bite you at any given moment, be it pressing for one more week of solid production from Ottawa’s offence or hoping Kenny Lawler ($8,101) is going to get more than four targets. The unpredictability is also why we’re here, so for those who didn’t invest in Blue Bombers and Lions in Week 9, hope abounds for better lineup management in Week 10. 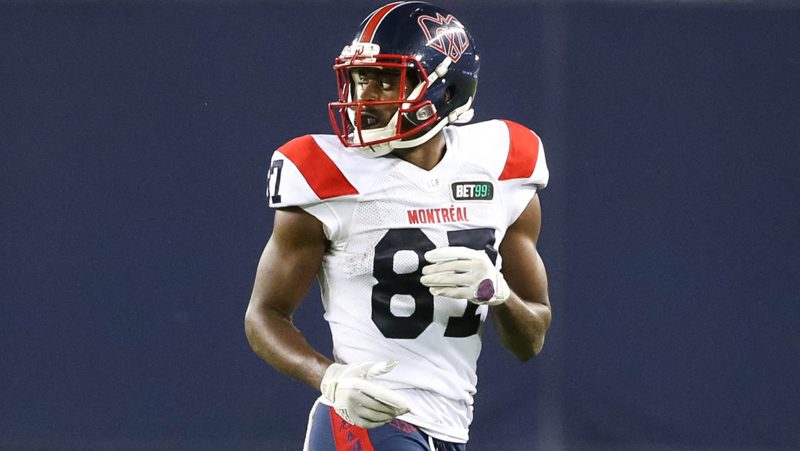 Montreal’s Eugene Lewis leads the league in receiving with 742 yards and has six catches of 30 yards or more (Chris Tanouye/CFL.ca).

Surely, you didn’t think Eugene Lewis would not be placed here? Especially when he’s amassed 30 targets over the past two games and turned them into 17 receptions for 277 yards. Montreal’s inability to score near the goal line is a big reason why Lewis has just two majors this season, but the league leader in receiving yardage is a sure bet for an explosive play; having produced at least one reception of better than 30 yards in five of eight starts.

The Bombers allowed Lewis to put up nine receptions for 123 yards on 15 targets last week. No other Montreal receiver is seeing more than six targets per, so expect more of the same from Lewis, who also leads the league with 77 targets. With Montreal’s run game held in check, getting heavy doses of Lewis is a sure bet that will play off for fantasy users.

Jeshrun Antwi ($5,190) had just 46 yards from scrimmage on 11 touches last week and has failed to record a run of more than 10 yards in three of his last four games. When one considers that 125 of his 364 rushing yards are from two carries, his value takes an even deeper dent.

Rookie Tavien Feaster ($2,500) had five carries for 23 yards in his CFL debut last week and could see more opportunities if Antwi continues his boom-bust style of play. With All-Star William Stanback ($7,507) still on the injured-list, maybe fantasy users will find it wise to skip away from the challenges of Montreal’s ground game. 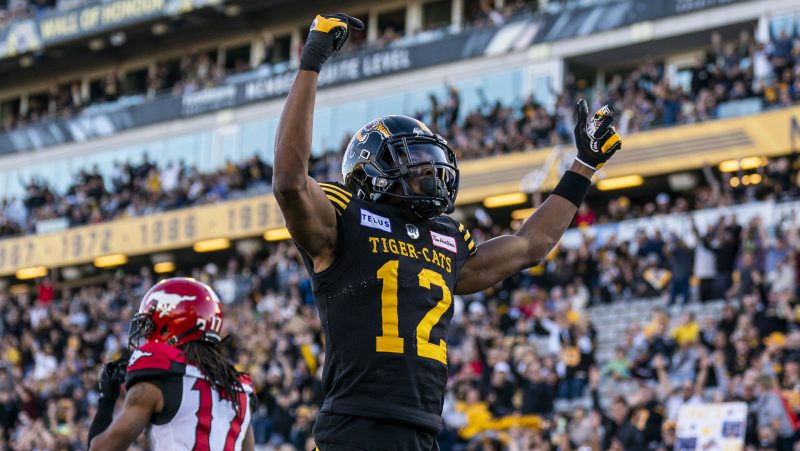 Tim White’s 58 targets make him the second highest target receiver for Hamilton, behind only Steven Dunbar Jr. who has 67 targets (Thomas Skirlj/CFL.ca).

Bralon Addison ($8,215) left Week 9’s game in Toronto and did not return to action for the Ticats. From a fantasy perspective, now would be a very good time for Hamilton to reintroduce receiver Tim White back into their offensive attack. Remember him? He caught a combined 28 passes in Weeks 2-6 and produced at least 13.1 fantasy points in each appearance before disappearing from the offence the past two weeks, catching just three passes for 21 yards.

Hamilton has to throw the ball effectively to win, and that means treating White like the East Division All-Star he was in his stellar rookie year in 2021. That also means targeting him at the 9.8 clip he was averaging in Weeks 2-6 along with making him a contributor in the running game as well. If catching up to the division-leading Argos is going to happen, it must begin on Friday, and it must include a lot of White.

Kurleigh Gittens Jr. Was a member of the Week 9, ‘life comes at you fast’ team, catching just one pass for eight yards on three targets, a stark contrast from the previous two games when the 2021 East Division All-Star had a combined 14 catches for 236 yards and a receiving touchdown.

The pecking order of Toronto’s passing game may have been pushed to reset last week as the team welcomed Eric Rogers ($7,634) to the lineup after starting the season on the six-game injured list. No Argos receiver had more than seven targets in a game that saw McLeod Bethel-Thompson ($8,962) attempt a modest (for him) 27 passes.

Saturday was only the second time this season Bethel-Thompson attempted fewer than 30 passes, so expect a return of high volume attempts on Friday. The problem becomes, who benefits the most from the revamped passing attack. Don’t be surprised if Gittens is the odd receiver out, but at the same time, don’t be surprised if he’s not.

Acknowledge him. The alpha dog of BC’s receiving corps returned to the lineup on Saturday and pulled in 6 of his 7 targets for 82 yards and his first major of the season during the Lions win over the Elks. As lethal as Dominique Rhymes ($9,695), Lucky Whitehead ($9,456), Keon Hatcher ($5,708) and Jevon Cottoy ($) have been without Burnham, just how scary can this offence be with him lined up outside?

The Stampeders defence is coming off perhaps its best game of the season, forcing four turnovers and holding a once-potent REDBLACKS offence to a single field goal. However, Calgary’s test in Week 10 becomes a bit more difficult with Nathan Rourke and the Lions offensive attack. BC will attempt to turn this game into a track meet. If so, you want Burnham as the anchor leg of this relay.

Are we watching the back end of the career of one of the all-time greats? It felt like it at times in Week 9 as Mitchell completed 13 of his 27 passes for 137 yards and failed to throw a major for a second straight game. He’s also averaged fewer than eight yards per attempt five times this season, including a season-low 5.1 last Friday and has yet to top 20 fantasy points in a game.

Mitchell’s struggles naturally impact Calgary’s receiving corps, which has been slow torture for fantasy users recently. Reggie Begelton ($8,960) hasn’t had a 100-yard receiving game yet, Kamar Jorden ($6,875) had just two catches on 10 targets in Week 9 and it feels light years since Malik Henry ($6,157) had breakout potential written over him. I’d love to eat crow and see Mitchell light it up, but recent numbers are strongly pointing the opposite direction. 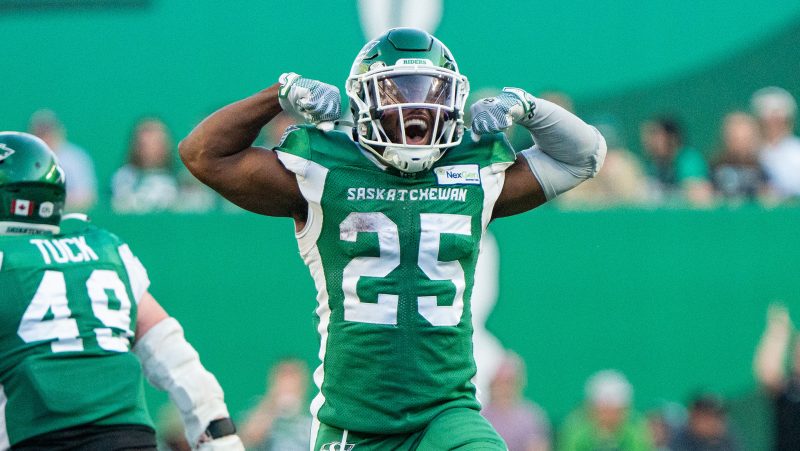 Saskatchewan running back Jamal Morrow leads the league in rushing yards with 484 yards, and his 18 carries of 10 yards or also rank first in the league (Riderville.com).

Not only do Jamal Morrow and Saskatchewan return from a needed break on the heels of a three-game losing streak, they do so against the league’s worst defence, one that Morrow gashed for 126 yards and a major on 17 carries in a Week 2 win in Edmonton. Morrow also pulled in four catches for 28 yards in the 26-16 victory, so a refreshed offence will be primed to put up solid numbers.

The Saskatchewan back had perhaps his two worst games of the season leading up to the bye week, a sign that he might have hit a wall from handling such a heavy workload. With Saskatchewan looking up at Winnipeg, BC and Calgary in the West Division, a healthy and effective Morrow is paramount toward them making a climb up the rankings.

The team’s top two rushers aren’t on the active roster, and the pairing of Ante Milanovic-Litre ($2,500) and Maleek Irons ($2,500) combined for 22 yards on six carries in Saturday’s loss, although Irons did record a touchdown. The two had just three targets in their direction, but while the defeat at BC shouldn’t be a true outlier toward Edmonton’s run game, the reality isn’t far from the truth.

There is no clear timetable on when James Wilder ($5,8833) will return to the lineup, yet it’s unlikely the Elks will be content with status quo in the backfield, either. Devin Wynn is the only back on the practice roster, so there’s a chance he could be activated this week. Long story short: just don’t play around with running Elks.