Harris on the Als win: ‘This team has just kept believing’ 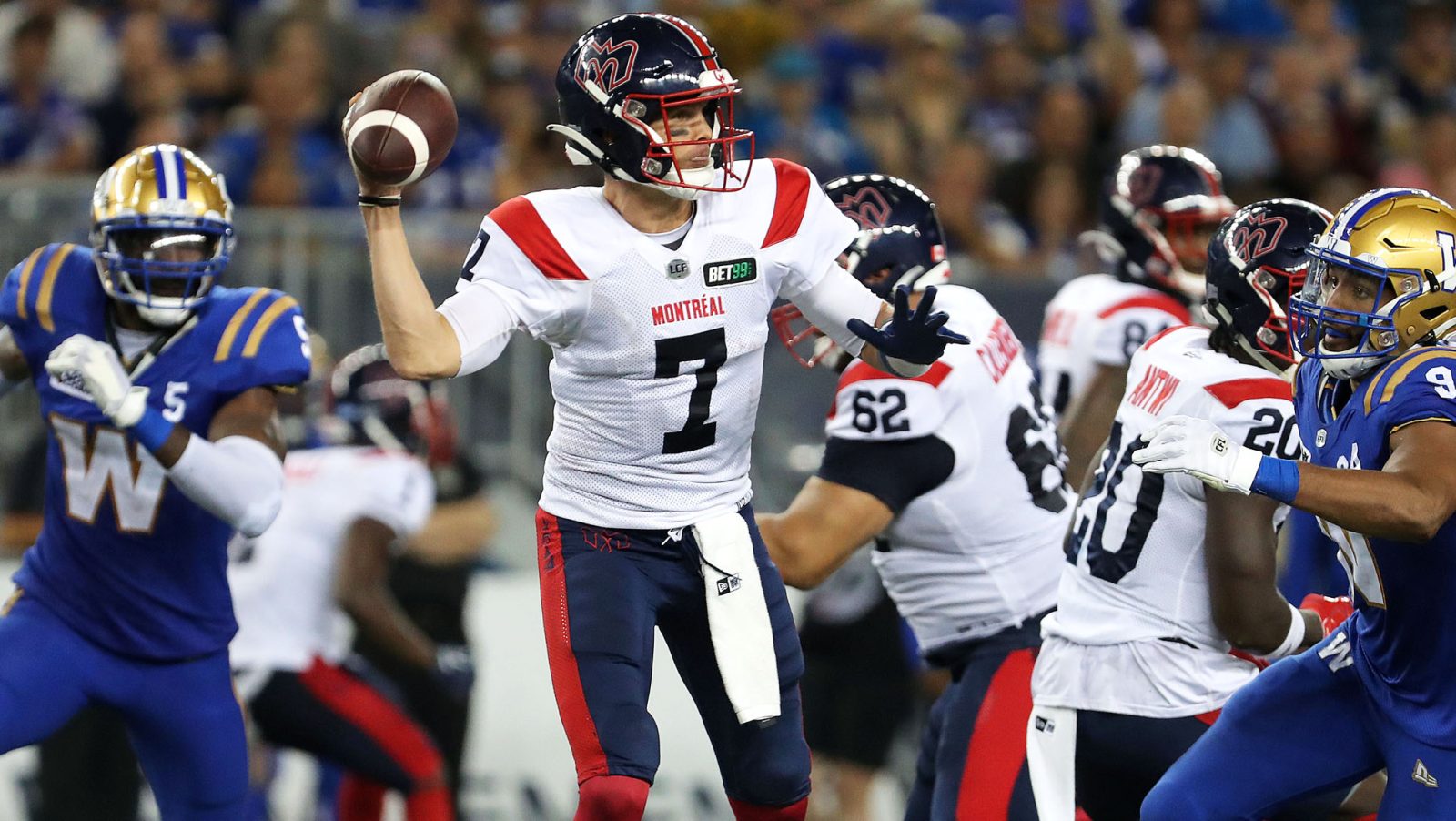 Harris on the Als win: ‘This team has just kept believing’

WINNIPEG — It wasn’t easy by any means, but the Montreal Alouettes defeated the Winnipeg Blue Bombers on Thursday night, handing the defending Grey Cup Champions their first loss of the campaign.

There was back and forth scoring, a pair of field goals that hit the uprights (one for each team) and they had to have overtime to decide the winner.

Montreal’s David Cote was good on his 47-yard field goal attempt in the extra frame but the Bombers missed theirs (Marc Liegghio‘s 37-yard attempt rang of the uprights) meaning the Als walked away with a 20-17 victory at IG Field.

“It was just trying to grind it out,” quarterback Trevor Harris told TSN’s Sara Orlesky after the game. “There were a couple missed opportunities for us early, which we could have finished in the red zone and then an early drive where we missed a field goal, big points.

“The big thing was, when we needed a drive we got it, when we needed a stop, we got it. Our special teams, I feel like they kind of affected (the Bombers) on that (missed) field goal in regulation so that was awesome. Good awareness by Tyson (Philpot) getting the ball out of the end zone, just a heads up play by a rookie. Then they missed the field goal in over time, we were prepared for double over time, but that’s a big win for us.”

Week 10’s contest was also a good one for the Alouettes defence, as they kept their team in the game when the offence wasn’t finishing drives. Defensive lineman Mike Moore was instrumental in the win, recording two sacks and five tackles while disrupting Bombers quarterback Zach Collaros throughout the entire night.

“We just tried to stay together every play,” Moore told Orlesky. “If there was a bad play, just forget about it and keep going. As a defence we just wanted to stick together and stay a family.”

With the win, the Alouettes improved to 3-6 and moved into second place in the East Division. They now set their sights on Week 11’s contest against the Hamilton Tiger-Cats, one that is likely to be important in the standings.

“This team has just kept believing,” Harris said. “We had a players only meeting earlier this week and we just talked a lot belief, joy, having fun, trusting the process and I’m glad we got a win. This team has been working really hard and now we just have to string a few together.”