Hamilton Proud: Ticats get a win they can build on 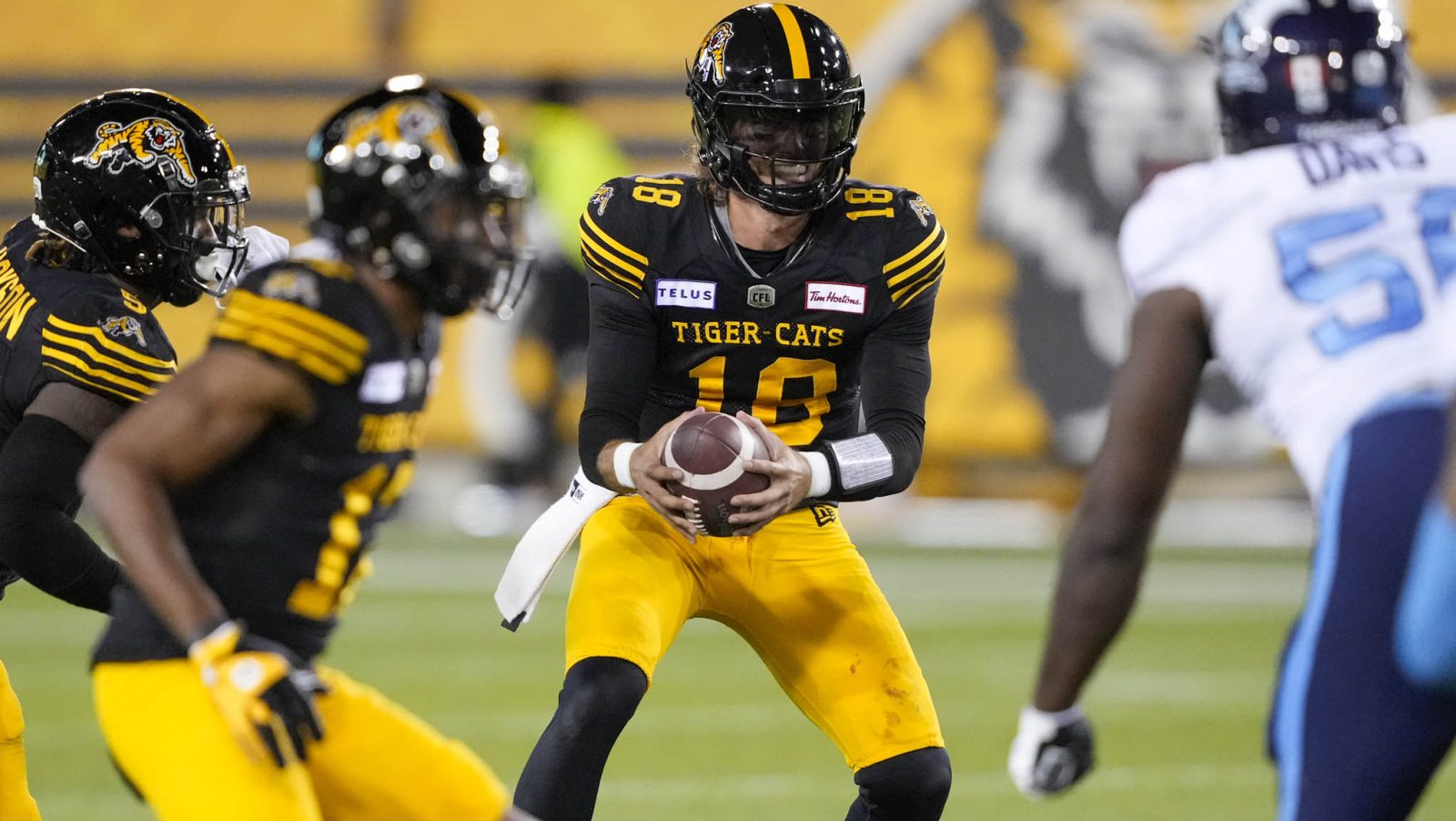 Hamilton Proud: Ticats get a win they can build on

HAMILTON — The weight off of the shoulders was visible in the guys in the Black and Gold jerseys on Friday night.

Soaking in their 34-27 win over the visiting Toronto Argonauts — evening up their four-in-five-weeks series at a game apiece — the Hamilton Tiger-Cats looked like the pressure around them this week had been swallowed up into the wind that so often swirls over Tim Hortons Field.

“Man, I’m so proud of the way the guys fought all night,” Matthew Shiltz told TSN’s Matthew Scianitti, after Shiltz made 14 of 19 passes for 176 yards, a touchdown and an interception.

“It got physical. It’s my first time in the rivalry. Now I know what it’s all about, truly. Just the way we fought and finished and came together in the second half was incredible.”

RELATED
» Box Score: Argonauts at Tiger-Cats by the numbers
» Through the Lens: Toronto at Hamilton
» Recap: Ticats hurdle Argos in bounce back win

Shiltz, of course, was filling in for the injured Dane Evans, who told Scianitti prior to kickoff that he’s not exactly sure how long his shoulder injury might keep him out. When the second half started, Shiltz stayed on the sideline then went to the locker room with a lower body injury, while first-year Ticat Jamie Newman stepped in. Newman used every bit of his six-foot-four, 230-pound frame to punish the Argos’ defence, rushing seven times for 55 yards and a touchdown.

When things could have fallen apart for a team that was without its established starter, Shiltz and Newman led by example. Shiltz got back into the game at the start of the fourth quarter and threw a 60-yard touchdown to Tim White on a play that helped tie the game at 24. He then handed off to Sean Thomas-Erlington for a 23-yard touchdown run that gave the Ticats a lead they wouldn’t let go of.

For a team that’s faltered in second halves and fourth quarters in particular, powering through some adversity and getting a dramatic win at a wild Tim Hortons Field atmosphere is something that the now second-place Ticats could build on in the second half of their season.

“We got it in us,” Shiltz said. “It’s just handling the little detail things that will ultimately decide if you’re going to win or lose the football game in those critical situations. So fortunately enough, we were able to do it tonight.”

Should Evans remain sidelined, Shiltz will have the opportunity to go up against the Montreal Alouettes team that he spent the past four seasons with. The Ticats face the Als at Molson Stadium on Saturday, Aug. 20 at 4 p.m. ET.