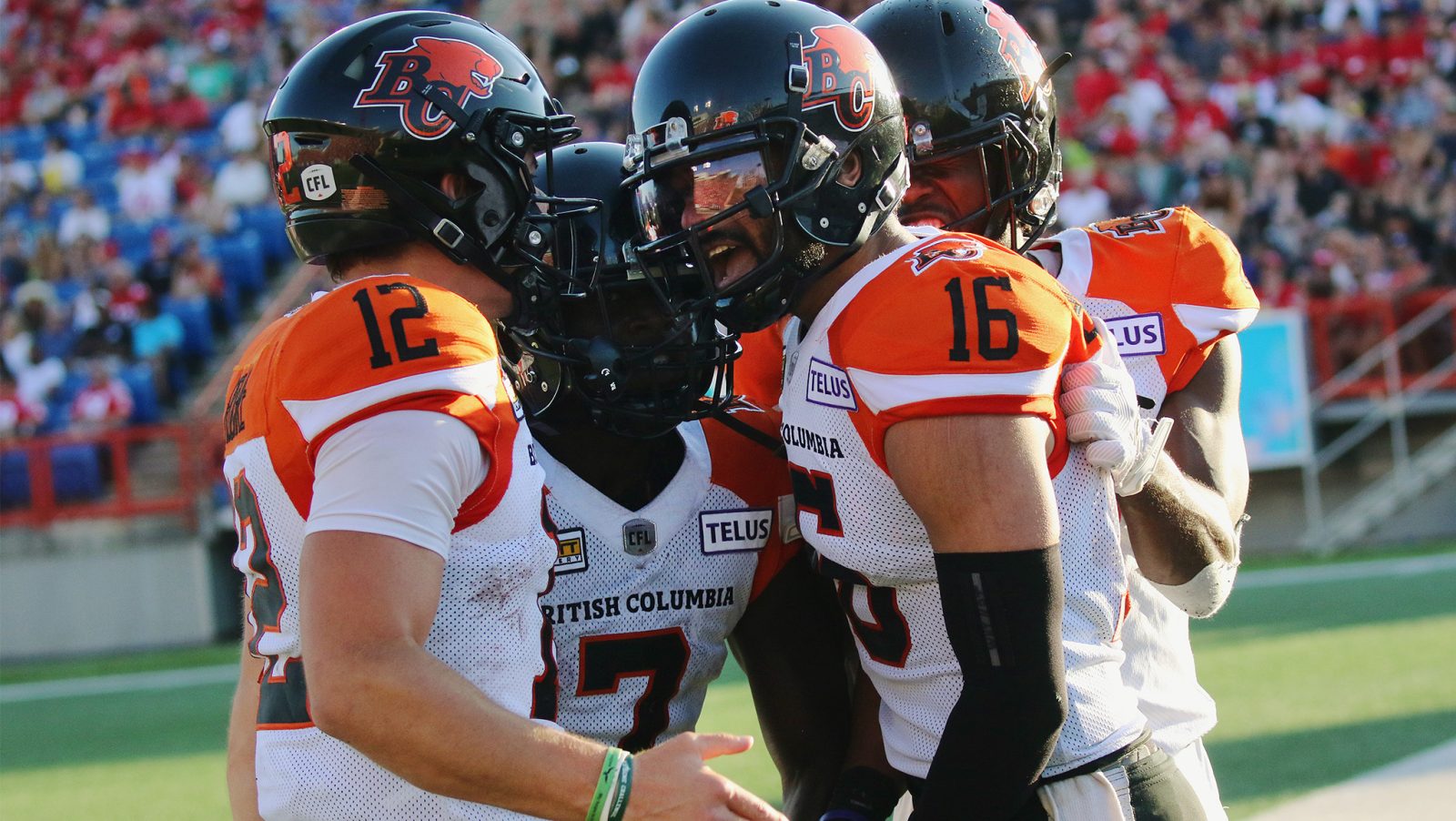 CALGARY — In Saturday’s highly anticipated matchup between the BC Lions and the Calgary Stampeders, it was a 20-point fourth quarter surge that helped the Lions secure a 41-40 win on a last second field goal attempt.

A milestone night for the pairing of Nathan Rourke and Bryan Burnham helped ignite the spark in the fourth quarter that would lead to the Lions’ eventual win.

Rourke completed 39 of his 52 passing attempts for 488 yards and two touchdowns. The 488 passing yards from the Canadian quarterback marks the second consecutive week he has broken his own record and set a bench mark for a new career-high in single game yardage.

Making his 100th career CFL appearance, BC pass-catcher Bryan Burnham was on the receiving end of most of Rourke’s yardage. Catching eight of his nine targets for 165 yards, including a 53-yard touchdown pass in the fourth quarter. The game also marked Burnham’s 99th consecutive game with at least one reception.

When asked about his quarterback’s performance in a post-game interview, Burnham said he wasn’t shocked because he see’s how hard his teammate works.

“I’m pretty sure I’ve already said everything,” said a laughing Burnham. “He’s special, man. And I’ll say it again I’m not surprised, nothing he does surprises me because he puts in the work every day.”

Despite the impressive statistics, and reaching yet another milestone, the 24-year old quarterback was simply focused on helping his team earn another win. Admitting he didn’t even know he had broken his own record for a second consecutive week.

When asked what the milestone it meant, Rourke remained adamant earning the win was at the top of mind.

“No, not a thing, I didn’t even know that it happened,” said Rourke. “I was just so focused on getting a win, honestly. It was cool to do it the first time, but at this point I’m just trying to help the team win.”

The young BC pivot admits that it wasn’t his teams most eloquent performance of the season, however it was a showing of grit and determination.

“It was just a great game, wasn’t pretty by any means, but we find a way to win,” said Rourke. “But I’m proud of the guys for staying together and we found a way.”

When asked about what was said to ignite the explosion of offence in the fourth quarter, Rourke maintained that the Lions offence is a self-motivated group and nothing much needed to be said.

“Not much, this is not a group that needs to be motivated that much,” said Rourke. “They’re a motivated group and we stick together.”

Burnham echoed the sentiments of his quarterback, adding that the veteran leaders on the team merely need to lead by example.

“Just going out and handling our business,” said Burnham. “We have so many leaders in each position group, as receivers we’re all on the same page. We all understand it’s one play at a time, make the play when it comes to you.”

The BC Lions will be squaring off against yet another tough West Division opponent in Week 11 as they travel to Mosaic Stadium to take on the Saskatchewan Roughriders and Cody Fajardo in a Friday Night Football showdown.