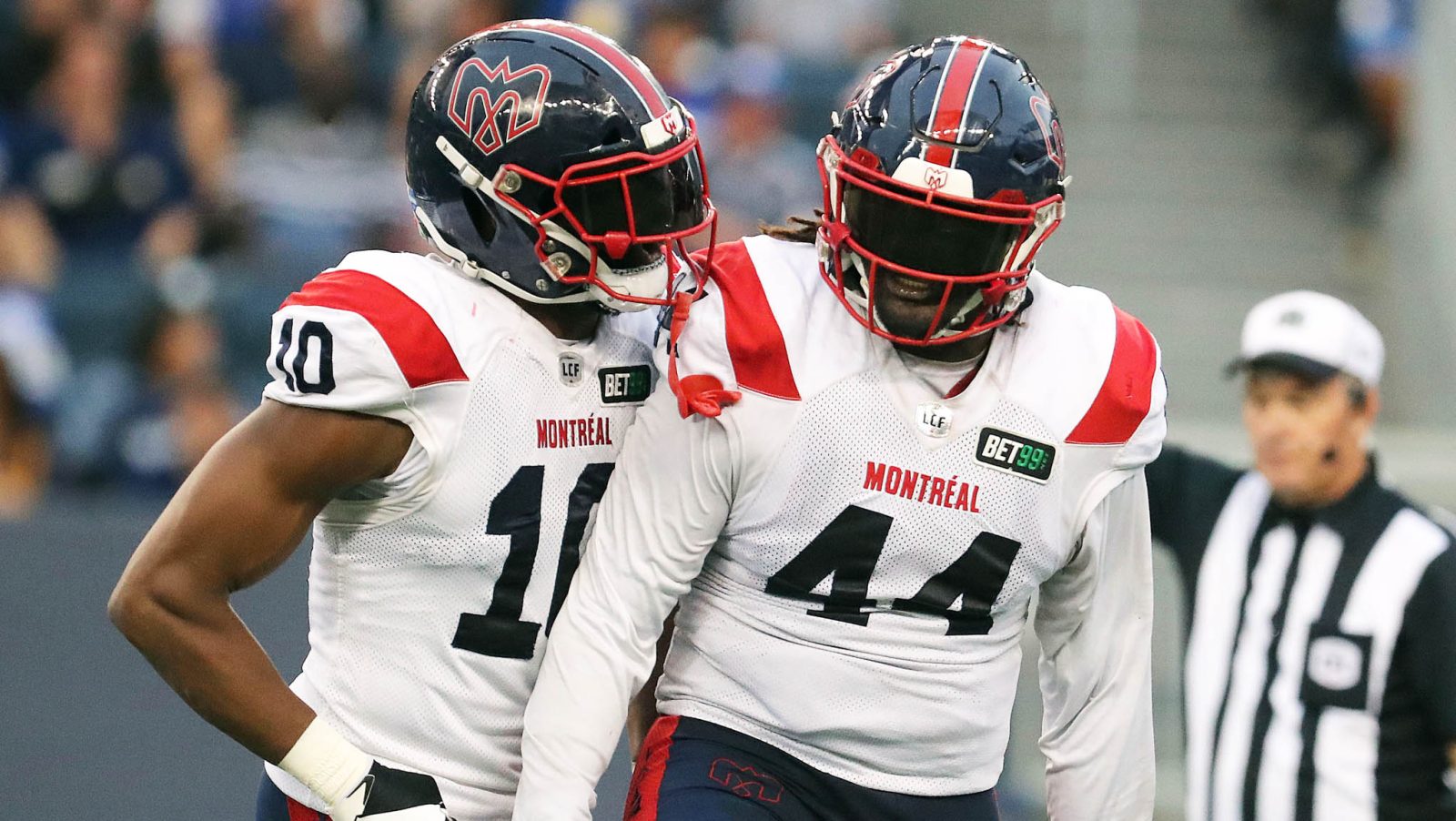 TORONTO — After what felt like a monumental set of games to take us through Week 10, let’s see where we stand.

The Winnipeg Blue Bombers are no longer undefeated, as the visiting Montreal Alouettes became the team to finally take them down for the first time this season.

The BC Lions and Calgary Stampeders gave us a game of the year candidate, with Nathan Rourke leading his team to a gutsy 41-40 win that should leave you wondering just what this group might be capable of this year.

Saskatchewan got back to its winning ways and just when we thought we might finally see the Argos pull away from the pack in the East, a banged up Hamilton found a way to beat them, leaving the East a contested race, despite three of its teams getting off to slow starts.

Those results may not resonate through this week’s rankings but it’s safe to say the foundation that a team like the Bombers has had over the last nine games around here (man, what a run) is rattled. Toward the other end of these rankings, the Alouettes and Tiger-Cats are showing some signs of life.

Let’s get into the rankings.

They’re human! They’re fallible! They’re still No. 1. A loss to the Montreal Alouettes reminds the rest of the league that the (still) big, bad, mighty Winnipeg Blue Bombers can be had. The Bombers come out of a grind of a 10-game stretch with nine wins though, and have a pretty firm grasp on first in the West Division. After this week off, the grind continues for the defending Grey Cup champs. The Stampeders pay them a visit in Week 12 and then they head into the Labour Day/Banjo Bowl series with Saskatchewan.

If the top spot is still a little out of reach for the Lions, firmly laying claim to the second spot is a no-brainer after their comeback win against the Stamps. The Lions took a heavy punch from the Stamps early in the game, falling behind 20-3 on the road before outscoring Calgary 38-20 to pull out a very impressive win. BC had more interceptions than Calgary (2:0) and gave up more sacks (2:0) but still found a way. Let the countdown begin for when these two teams meet again in just over a month in Week 15 in BC.

The takeaway for a Stamps fan so far this season might be that there are some consistency issues on offence that could use improving, but there’s a lot to be optimistic about as we inch toward the back half of the schedule. The Stamps played the Bombers incredibly tight and came down to the wire against the Lions, their two biggest obstacles as it stands now at getting out of the West. Rest assured Dave Dickenson and the Stamps’ organization is already thinking about the next meetings with these teams and the one that seems inevitable in November.

True, there was a big storm in Edmonton on Saturday night that delayed the Riders and Elks game. A little known (and untrue) tidbit in that weather occurrence was that a portion of the wind was actually a collective sigh from Saskatchewan fans that made its way west when fans saw that Cody Fajardo was moving better on his ailing knee. The Riders ended their three-game slide and pushed themselves back over .500. Calgary’s loss to BC can revive some Western playoff picture talk for a fan base that’s let’s say extremely eager to see its team playing at Mosaic in the final game of the season.

The Argos’ up-and-down season continues, this time trending down after dropping a game to a Ticats team that used a combo of Matthew Shiltz and Jamie Newman at QB in place of the injured Dane Evans. This isn’t the first chance the Argos have had to create some more separation in the East and it won’t be their last. They still have the most wins in the division and have games in hand on Hamilton and Montreal. The East is there for the taking; the Argos just have to go and get it.

This will be a disappointing spot for Ticats fans, given their win over the Argos. When it came down to it, there’s still a big record disparity between Hamilton and the teams listed above them here. While Matthew Shiltz and Jamie Newman played well in that win, it’s still hard to get behind the idea of prolonged success from a tandem of your backup and third-string QB. A win on Saturday in Montreal would at least be enough to give the Tabbies the edge in the season series and make the playoffs a little more realistic for them.

When you beat the Bombers you should jump up, but it’s hard to get the Als past this point in the rankings. The ranking may not make an Als fan happy but look at things this way when it comes to your team: does any team in the league have something better to build on right now than this one? This week’s game against the Ticats is a big one for them and assuming that Dane Evans remains sidelined, they get an opposing QB they know well in Shiltz. The Als need this win to even up the season series, with a potential tiebreak between the two coming in Week 16.

The Elks managed to follow a very similar pattern to the one they did in the wake of their Week 1 loss to the Lions, when they saw the Riders in Week 2. They put the blowout loss behind them and played the Riders close on Saturday night, but discipline issues — along with Duke Williams and Mario Alford — hurt them and handed them their seventh loss of the season. This week’s trip to Ottawa should produce an intense game, as both the Elks and the REDBLACKS know that the rest of the teams in the league are pulling away from them.

Seeing Hamilton and Montreal win while they were on their bye week had to be a little unsettling for the REDBLACKS, who now sit two games behind both teams. Despite the daunting record, the playoffs still are a possibility, though the wins have to start coming to the nation’s capital in quick order. A home-and-home series with the Elks comes at the right time. From there, Paul LaPolice and Co. can finally dip into an East-heavy finish to their schedule that sees them play seven out of their final eight regular season games against divisional opponents.