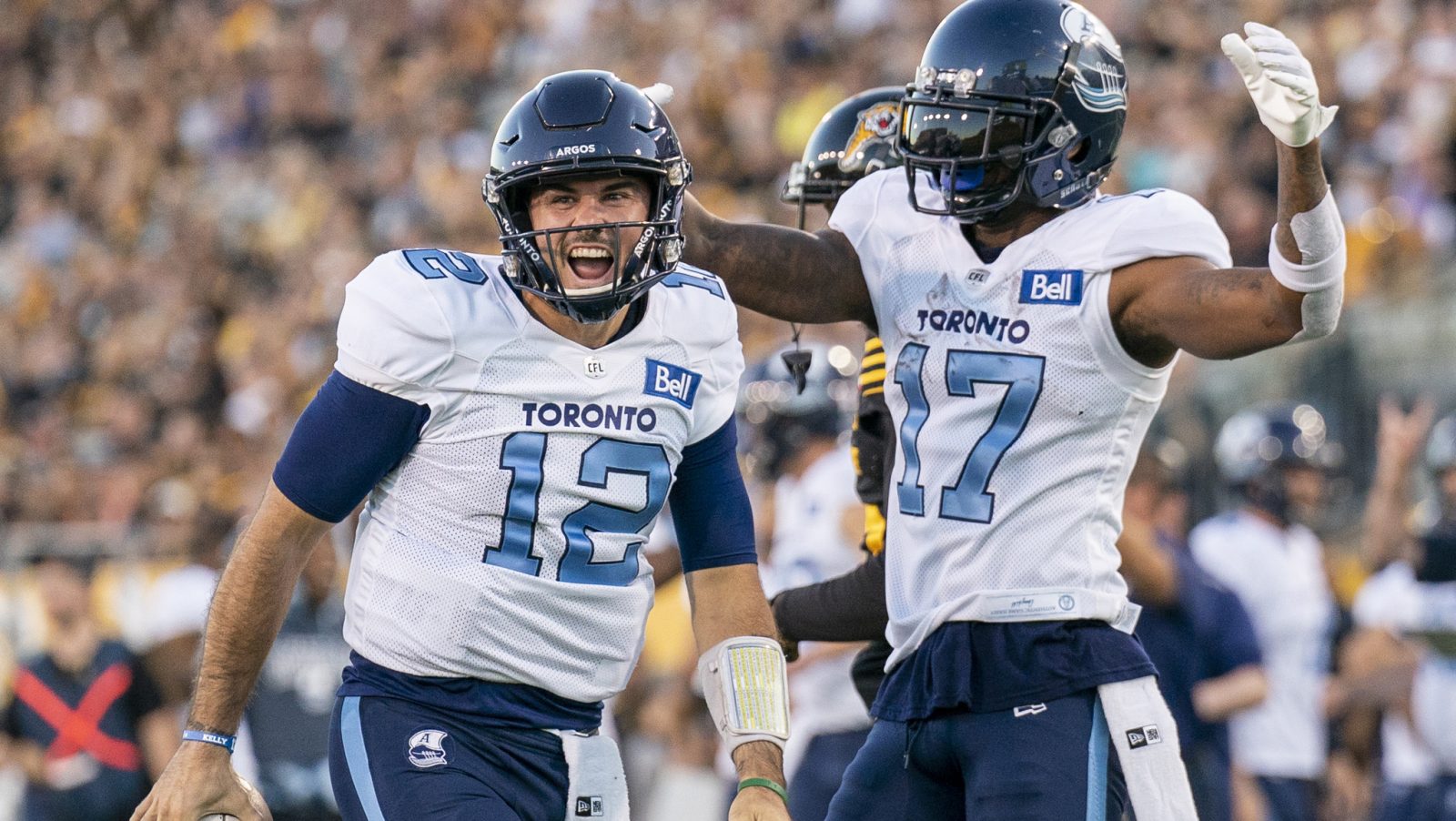 The CFL is at the midpoint of the season and while the old tradition is that the season doesn’t really get started until OK Tire Labour Day Weekend, we’re close enough to start to see the cream rising to the top in the run to the post-season.

Week 11 is going to a fair indicator of the pretenders and the contenders when it comes to the matchups.

Ottawa and Edmonton are showcasing where they are going as organizations with the playoffs on the distant horizon.

Saskatchewan, Toronto, Hamilton and Montreal are all in the middle of the pack hoping to kick start their seasons and maybe start sneaking into the contender status.

Then you have the BC Lions, the Calgary Stampeders, who are definitely contenders but are in a battle with each other, and the Winnipeg Blue Bombers for the all so important home playoff games come November. 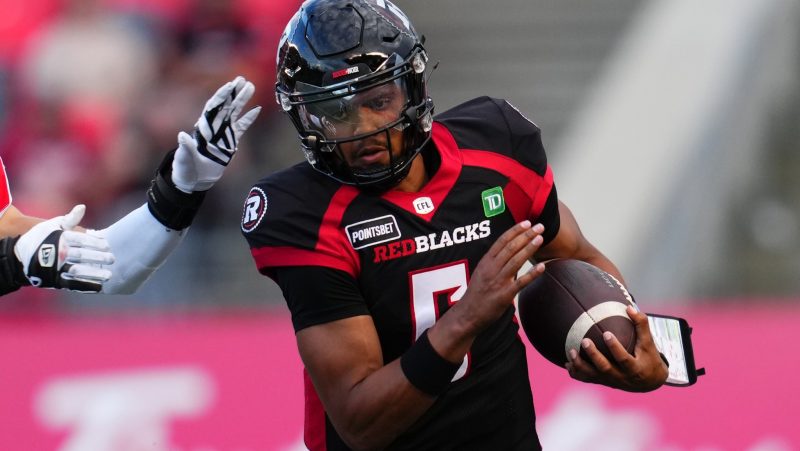 The least surprising thing about these two teams at the bottom of the standings is that they’re the teams with the most unstable quarterbacking situation. Caleb Evans and Taylor Cornelius are now both trying to earn the trust of the coaching staff that they can be relied upon to lead the team on a rally in the second half of the season.

Where Evans and Cornelius can really help is with their ability to save downs with their legs. Cornelius was impressive for most of the game against Saskatchewan with over 80 yards rushing.

Of course the hill for the REDBLACKS to climb is a little less daunting than the Elks, who are needing to make up four games on the Roughriders to have a shot at the playoffs. Ottawa is just two wins back.

Where I’m going with this week is the home week for the REDBLACKS with Edmonton on a short week, but mostly the Ottawa defence has been much better than that in Edmonton. The Elks allow way too many yards on the ground and look for Ottawa to exploit that weakness. 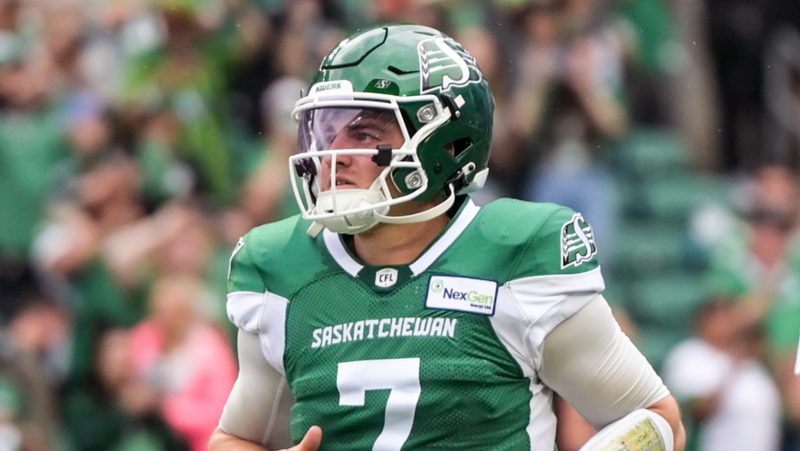 Can the Riders get a win on Friday night against the BC Lions? (The Canadian Press)

This will be the second of three meetings over a five week stretch for these two teams, with a date in BC lined up for next week.

The Riders get Garrett Marino back in the lineup after serving a four game suspension so their push up the middle should be improved from what it has been.

I can’t shake the memory of the Riders being up 17-4 on the Lions two weeks ago and thinking Saskatchewan was going to make a statement. BC then rattled off 28 unanswered points.

Of course, we learned again this past week that the Lions are clearly able to comeback from almost any deficit you hand them.

If I’m the Riders, I’m thrilled to see Cody Fajardo willing and able to use his legs in their win over Edmonton. Duke Williams seems ready to have a strong second half and if the Riders continue to feed Jamal Morrow the ball, it should help their offensive line protect Fajardo.

Yes, I know the BC Lions are the better team. But beating the Riders twice at Mosaic in the same season is only something the Bombers have been able to pull off. 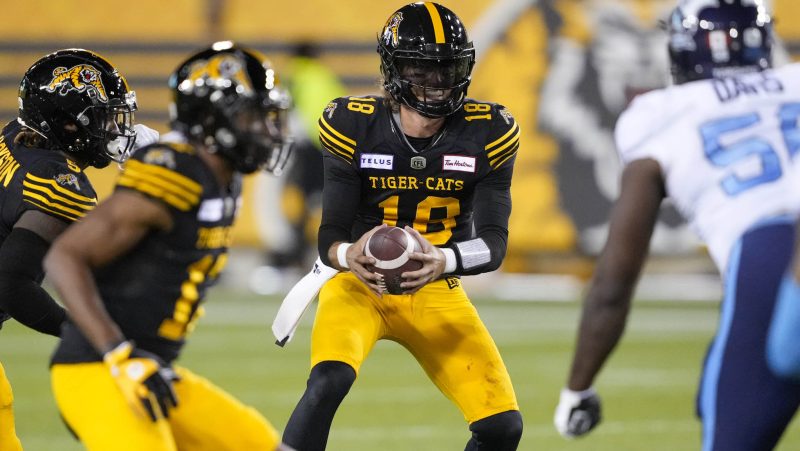 Matthew Shiltz helped the Ticats to a win last week against the Argos, can they do it again against the Als? (Kevin Sousa/CFL.ca)

Hamilton and Montreal are pretty well the same team right now. They’re mostly side by side in the main stat categories in the CFL. The Tiger-Cats could win the season series with a victory after beating Montreal three weeks ago.

That game was really the first time we saw the rotation with Dane Evans and Matthew Shiltz and you can probably get used to it moving forward. If Evans is out, maybe even Jamie Newman sees some time as he ran the ball well last week. I’d expect Hamilton to continue to increase Don Jackson’s role in the offence too. The run game has been a struggle for Hamilton so far this season.

The last time out, Hamilton took a 24-6 lead going into the fourth quarter. I’m seeing a team that’s now won three of their last five and held in there on the road against the BC Lions.

Montreal, of course, just handed the Bombers their first loss of the season so they will be riding high after that dramatic win.

However, I think Hamilton is turning into the stronger team. Especially on the defensive side of the ball. 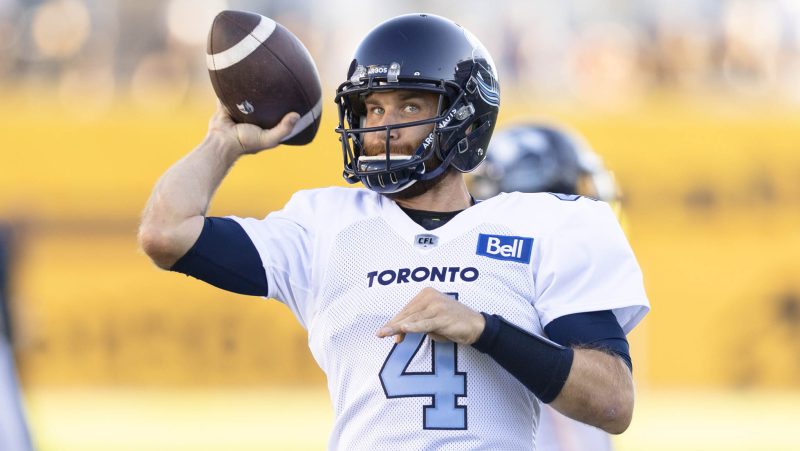 The Stampeders were so close to taking down the BC Lions but they all of a sudden lost their groove. Bo Levi Mitchell was upset after the game at the play of everyone. He wasn’t good enough either.

Meanwhile, the Argonauts have taken over top spot in the East Division, with only a tiny one game lead on Montreal and Hamilton. The Argos coughed up a lead last week, while on the way to nearly sweeping a home-and-home with the Tiger-Cats.

The Stamps continue to be a hot and cold team and it’s that type of inconsistency that’s been holding them back against the Lions and Bombers in their three losses. And outside of one dominant win over Edmonton, the Stamps haven’t exactly been nearly as scary a team as the top teams in the West.

This week they play Toronto with McLeod Bethel-Thompson. MBT has been more accurate than Bo Levi. The big issue for the Argos is they’ll be missing Andrew Harris for an extended period, though their run game wasn’t overly impressive to begin with.

Calgary’s offence has hit a bit of a snag and we’ll see if they get Ka’Deem Carey and some others back ahead of kickoff but I’m starting to lean closer and closer to Toronto.

Calgary is the better team on paper, there is no doubt, but call it a hunch.