Lions down Riders on the road, Rourke leaves game 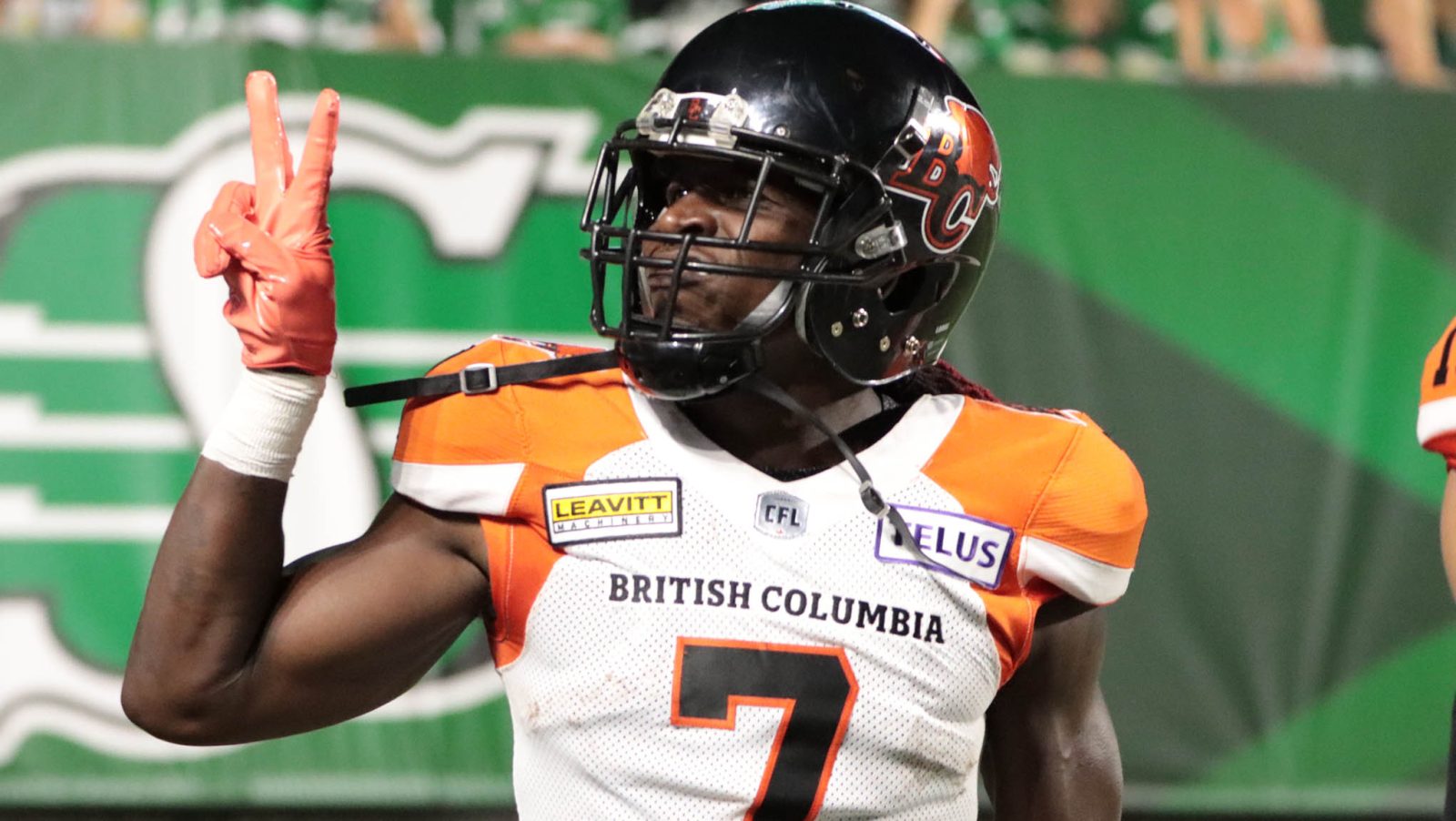 Lions down Riders on the road, Rourke leaves game

REGINA — Nathan Rourke put on a show again Friday night, but an ankle injury to the star quarterback dampened the BC Lions’ 28-10 win over the Saskatchewan Roughriders.

Rourke was 22-31 for 375 yards with two touchdowns and two interceptions while adding 63 rushing yards before leaving the game in the fourth quarter with an ankle injury. Michael O’Connor finished the game for the Lions and made all five of his passes for 36 yards.

Cody Fajardo also didn’t finish Friday night’s game. He was pulled late in the first half, having made 8-13 passes for 41 yards, zero touchdowns and a pair of interceptions. Mason Fine relieved him and made 16-26 passes for 210 yards, a touchdown and an interception.

Lucky Whitehead had nine catches for 136 receiving yards and a touchdown for the Lions, while Dominique Rhymes added six catches for 127 yards.

Justin McInnis led the Riders’ receiving corps with six catches for 111 yards and a touchdown, while the Lions’ defence stood tall on the night, making life difficult for both Fajardo and Fine and generated seven turnovers.

The Lions got exactly the start that they wanted, as Rourke made four of his first five passes, with the Lions’ opening drive moved to the one-yard line on a pass interference call. Antonio Pipkin came in and punched the ball in on short yardage at 3:31 for the game’s first touchdown. Sean Whyte‘s convert made it a 7-0 game.

That’s where the offence took a backseat to both teams’ defences.

Rourke marched the Lions all the way to the Riders’ five-yard line off that turnover, then looked to Bryan Burnham in the end zone. Riders’ linebacker Derrick Moncrief won that one-on-one battle, though and intercepted Rourke, exacting payback for the previous would-be touchdown that was snuffed out.

Pressured by Emmanuel Rugamba, Fajardo looked to Duke Williams again at the start of the second quarter, only to have the fluttering ball picked off by Loucheiz Purifoy. The former Rider got his present team the ball at BC’s 46-yard line, though that drive was halted by a near-third interception from Rourke, as Nick Marshall had to settle for a knockdown on a play that he immediately wanted back.

The Riders’ special teams unit got involved in the game next, with Frankie Hickson getting a piece of Stefan Flintoft‘s punt attempt. The Riders got the ball on BC’s 33-yard line. Purifoy nearly had his second interception as Fajardo looked to Williams once again at the goal line and deflected the pass away. Saskatchewan had to settle for Brett Lauther‘s first field goal of the night, as he sent a 12-yarder home at 8:52, leaving his team trailing 7-3.

The Lions’ offence asserted itself for its second touchdown drive, with Pipkin coming in for the final two plays to finish it off. The backup pivot capped a seven-play, 70-yard drive, aided by a shove into the end zone from the offensive line. Whyte’s convert at 12:29 pushed the score to 14-3.

Rourke made sure he had his fingerprints on the Lions’ third touchdown. He spotted Whitehead break free from Marshall and wasted no time ripping the ball to him for a 91-yard catch-and-run major. Whyte was back out on the field at 13:13 and the score swelled to 21-3.

Riders head coach Craig Dickenson looked to backup Fine to close out the half and got near instant results. Fine led a five-play drive that he finished off by finding McInnis in the end zone, bringing some life into something of a stunned-into-silence Mosaic Stadium. The Lions took a 21-10 lead into the half.

Dickenson told TSN’s Sara Orlesky that he’d stick with Fine in the third quarter, noting that Fajardo wasn’t trusting the injured knee that he’d been playing on in recent weeks.

The new Riders’ quarterback didn’t impact what the Lions were doing. Rourke strung together a six-play, 93-yard drive to open the second half and it was punctuated by a classically great Burnham reception. The star receiver managed to pull in a one-handed reception as he fell at the baseline of the end zone, once again silencing the crowd at Mosaic at 4:44 of the third quarter, helping the Lions regain their 18-point lead at 28-10.

Fine connected with McInnis again late in the third quarter, finding the receiver up the sideline for a 57-yard gain. That drive led to a third-and-five situation where the Riders were hunting for a touchdown. Obum Gwachum forced a fumble off of Fine and Jordan Williams recovered for BC, forcing a key turnover.

On the ensuing drive, Lions fans caught a glimpse of the last thing they wanted to see. Rourke was sacked by Pete Robertson and was helped off the field by teammates, favouring his right ankle. Rourke received attention on the Lions’ sideline and had his night come to a close.

With Rourke watching, the Lions’ defence rose to the occasion again, stopping Fine and the Riders on a second third-down attempt. Ben Hladik got the best of Fine in the game’s final minutes, pulling in an interception off of him.