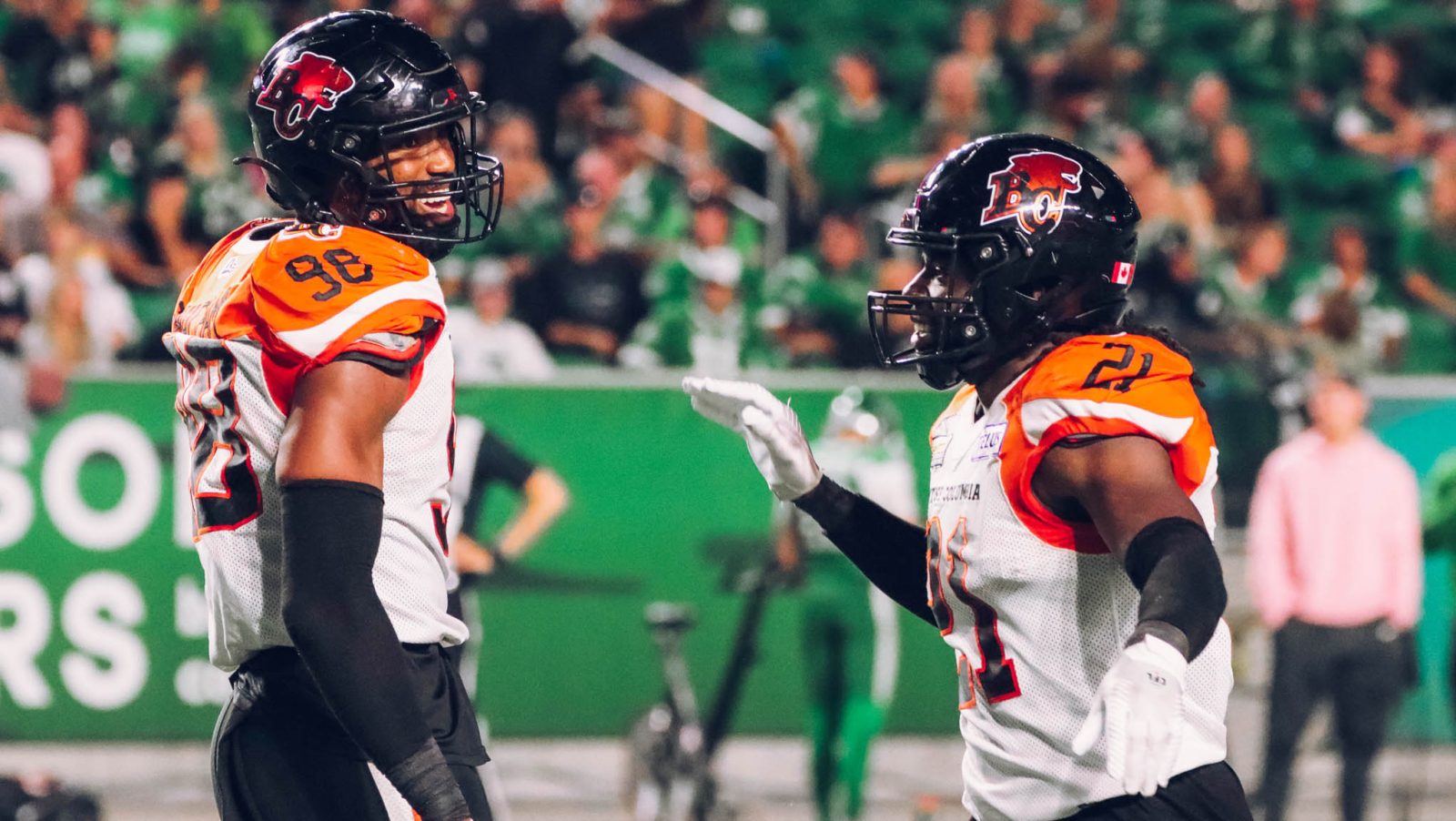 TORONTO — All it takes is one play in one moment for change to occur.

That’s something that football fans all know, but it’s a notion that can slip from front of mind to back through the course of a season. We all got a harsh reminder of that on Friday night, when Nathan Rourke went down against the Saskatchewan Roughriders.

The Lions had their eighth win of the season all but wrapped up with an orange and white bow on it, when Rourke was sacked by Pete Robertson and needed help getting off of the field at Mosaic Stadium. The shockwave came on Sunday, when the Lions announced that Rourke will require surgery for his Lisfranc sprain. While there’s hope that he’ll return before the end of the season, the team will turn to his backup, Michael O’Connor, for a long stretch.

This stands to impact the Lions’ season and to a greater extent, the landscape of the league. Suddenly the other teams in the West may see opportunity where there was less of one before; Eastern opponents — Montreal, Ottawa and Toronto remain on the Lions’ schedule this year — could see a more attainable win on the horizon now, too.

We get into it in fairly short order below, but we don’t expect the Lions to buy into any of this. Co-general mangers Neil McEvoy and Rick Campbell have built a supremely talented team around the quarterback spot. We’ve heard all season that the Lions are more than Nathan Rourke. On Friday, we’ll see just how much.

For now, you won’t have to scroll far to find the Lions in these rankings. We’re sure they’re intent on keeping it that way.

A rested Bombers team gets back to work on Thursday night against a Calgary team that will be looking to send them on their first losing streak of the season. The taste of taking an at-home loss to the Montreal Alouettes a couple weeks ago may still be lingering in the mouths of Zach Collaros and Co., though, and they’ll catch the Stamps on a short week. Rest and lack thereof aside, can these two combine for another game of the year candidate? We think so.

The Lions go into the back end of this home-and-home series without their star player, in Nathan Rourke. While what they get from Michael O’Connor is to-be-determined, the Lions can at least go confidently into the rest of their season knowing that they’re very sound in just about every other phase of their game. Their defence — which had seven turnovers on Friday night — will still perform. The return game is strong, Sean Whyte is one of the top kickers in the league and when O’Connor takes the field on Friday, he’ll see an absolutely loaded offence ready to make plays for him and will be protected by the top-producing offensive line in the league.

They’re not pretty wins at times, but the Stamps now have six of them and are still very much in the race in the West Division. Everyone will be watching to see what’s happening with the Stamps as they work their way through this short week. The team is practising in Guelph on Monday and Tuesday before heading to Winnipeg on Wednesday to get ready to face the Bombers this week. We don’t know how much we may see Jake Maier at QB this week, but there is one thing we can count on with this Stamps team: this group brings it against the top teams in the league. Their games against Winnipeg and BC have all been excellent, even with them coming up short in all three. A win on the road against the defending champs could go a long way.

The Argos’ slight move up in these rankings may come as a surprise, given their loss to Calgary. Their season sweep over the Riders factors into their landing above them this week, as does the present uncertainty around the quarterback position with the green team. The Argos now head into their next pair of games against the Ticats sitting under .500 and with their seat atop the East Division a little less stable. The pressure shifts to the leaders of East, as another loss or two to the Ticats in the next couple of weeks would open the division up for everyone again.

Yes, the offence was sputtering in the Riders’ loss to the Lions, but perhaps the grain of salt here is that every team but one that has faced the Lions this year has come out on the short end of things. Still, the Riders have questions to answer this week, specifically at quarterback. It will be interesting to see if coach Craig Dickenson’s decision on who gets the start is impacted by what’s happened with the Lions. Perhaps there’s room now to test out Mason Fine with a start that there wasn’t going up against Rourke at BC Place. Is this a window to rest Fajardo, give him some time to let his knee feel better and see the game from the sideline? Or will we see No. 7 out there looking to pull the Riders through a difficult point in their season?

It’s a slow and steady climb for this team, but the Alouettes might be building something in the East. They topped Winnipeg in Week 10, handing the Bombers their first loss of the season and then gutted out a big win over the Ticats on Saturday, with David Cote’s walk-off 48-yard field goal getting them into second place in the East, gaining a game on the Argos as they fell to the Stamps earlier that day. Momentum’s hard to generate when you’re playing weekly, but the Als seem to have found it as we hit the midpoint of the season. Discipline remains a nagging issue (they surrendered an astonishing 176 yards on Saturday) that will have to be addressed.

Coming off of a heartbreaker against the Als, the Ticats have no time to lament what might have been had David Cote’s field goal not found its way home on Saturday night. The Ticats get back to work with their most familiar/hated rival this week, settling in for their final two meetings of the season. With the Als jumping up in the standings, the wins are becoming more necessary than ever in Hamilton. A crossover is growing more and more likely for the playoffs, which means only the top-two teams in the East will see football past Oct. 29.

The Elks did what they had to do when they went into TD Place and took a win from the REDBLACKS, pushing them into the league’s cellar. It doesn’t change much for them in these rankings (which isn’t a concern for Chris Jones’ squad, we know that), but the Elks can take a very solid second half of football away from their third win of the season. Taylor Cornelius ran a smooth-looking offence that put up 19 second-half points and the defence blanked Ottawa in the second half, making the REDBLACKS’ 12-3 start to the game a distant memory. Elks fans should be salivating at the possibility of their team’s home losing streak coming to an end this week, as the REDBLACKS make the trip to Commonwealth for Saturday night.

The REDBLACKS’ wayward season continues as they sit at 1-8 at the midway mark. While there weren’t a lot of  positives to take away from their 30-12 loss to the Elks, there is an interesting storyline that could be in the cooker for this week’s rematch in Edmonton. Should head coach Paul LaPolice turn to Nick Arbuckle for the start, the 28-year-old will have a (green and) golden opportunity to show the Elks just what they missed out on in not making him their starter. Arbuckle landed in Edmonton late last season, was put away for safekeeping by the previous regime for the remainder of the year, then fell victim to a regime change when Chris Jones took over as head coach and GM. Arbuckle never seemed to fit into Jones’ plans and he dealt him to Ottawa after Jeremiah Masoli was injured in Week 5. Arbuckle’s status will be something to keep an eye on this week.