Weekly Predictor: Confidence in the Bombers 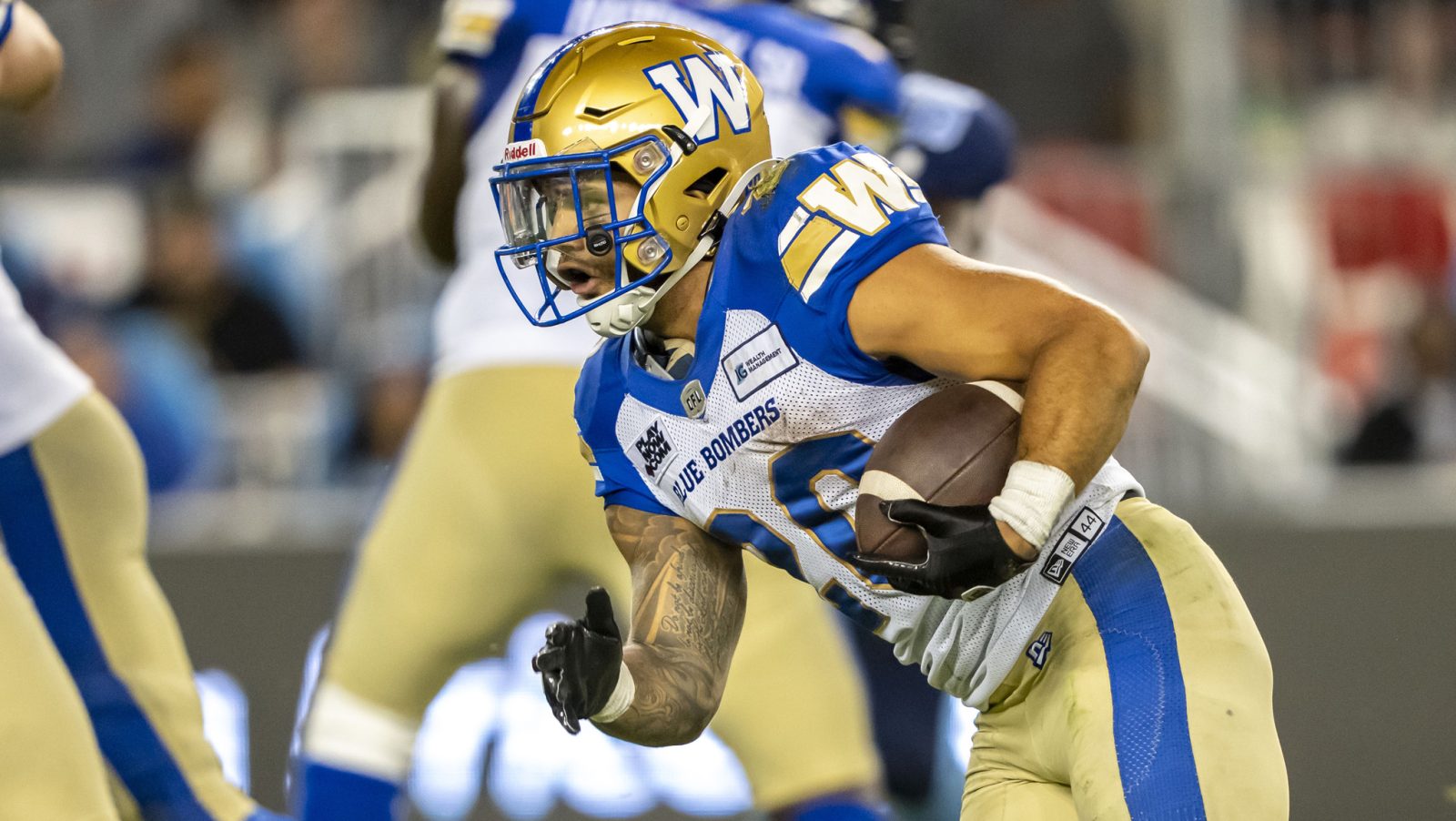 Weekly Predictor: Confidence in the Bombers

I stuck my neck out there looking for some upsets last week and all I got was pummelled, and good for those on social media who rightly predicted I’d go 0-4 last week!

That should go up as a bonus point for your weekly picks points. So this week, I’ll just go with the favourites. Almost. 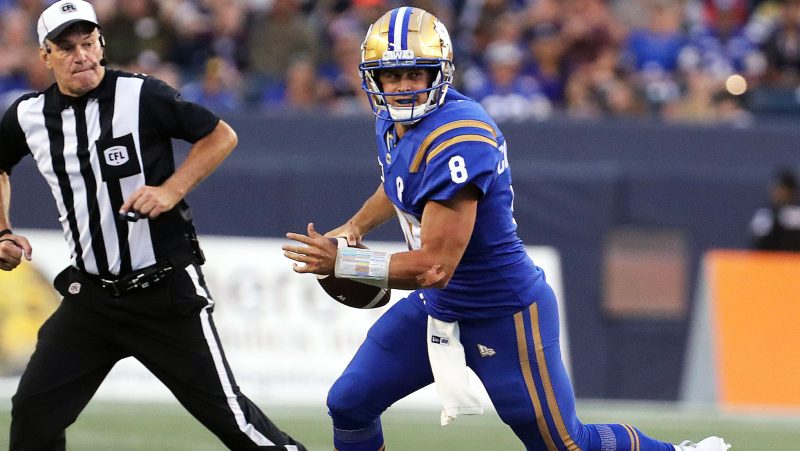 The Bombers are back from their bye looking for a win against the Stampeders (Jason Halstead/CFL.ca)

The Calgary Stampeders are the third best team in the league. They’re two wins back of the BC Lions for second and the Stamps are still in a bit of a quarterback conundrum, like most of the CFL teams right now. Deciding between Bo Levi Mitchell and Jake Maier is a lot better of an option than every other coach trying to make a quarterback decision this week, but it is an added distraction to the process.

The Bombers, meanwhile, finally got a week off to rest up and roll up their sleeves for the final stretch of games in the race with BC for the top of the division.

Of course, the Stamps and Bombers have seen a lot of each other recently with the Bombers winning both matchups, though Calgary hung in there both times, losing by a touchdown on both occasions.

I’ll be honest that the Bombers offensive line is no where near the dominant force it has been to start the season as they’re only a +1 when it comes to their defensive sacks for/offensive sacks given up. The Stampeders meanwhile are among the best in the league at a +14.

However, the rested Bombers have the stability of a quarterback and a group of players that just know how to win football games. They’ll shake off the loss going into the bye week to impress the home crowd before next week’s OK Tire Labour Day weekend matchup in Saskatchewan. 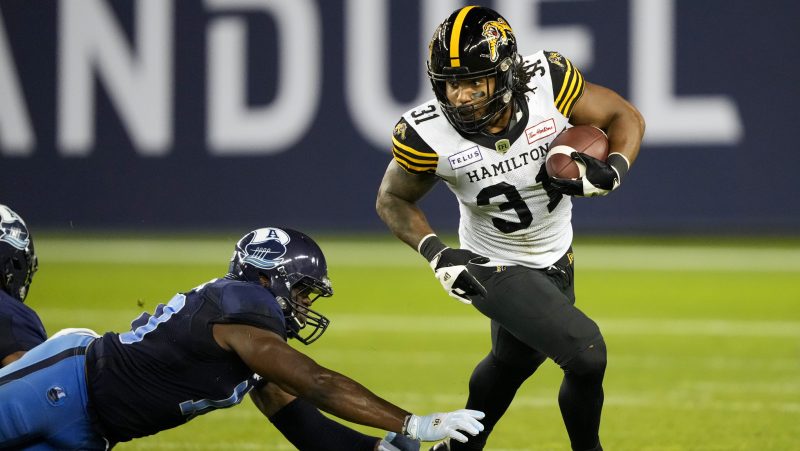 The Ticats and Argos meet for the third time this weekend at BMO Field (Kevin Sousa/CFL.ca)

Here we are again to start off the next home-and-home set with the Argos and the Tiger-Cats. You can sense things are growing in hostility between the two rivals.

Hamilton is pondering what to do at quarterback again but the good news is that Dane Evans is getting back to full health so they could roll out the two quarterback rotation again if they wish.

The Tiger-Cats defence is still one of the best in the league and they ate up the Argos in the fourth quarter of their last meeting.

McLeod Bethel-Thompson has been consistently … average this season. The Argonauts are having a heck of time trying to find the end zone as they’re just above Ottawa for last in the league.

I’m waiting for both these teams to find the offensive playmakers to put them over the top but they’re just not there right now on a consistent basis. In a game that I think is a coin flip, I’ll always default to which team I believe has the better defence and offensive line combo. 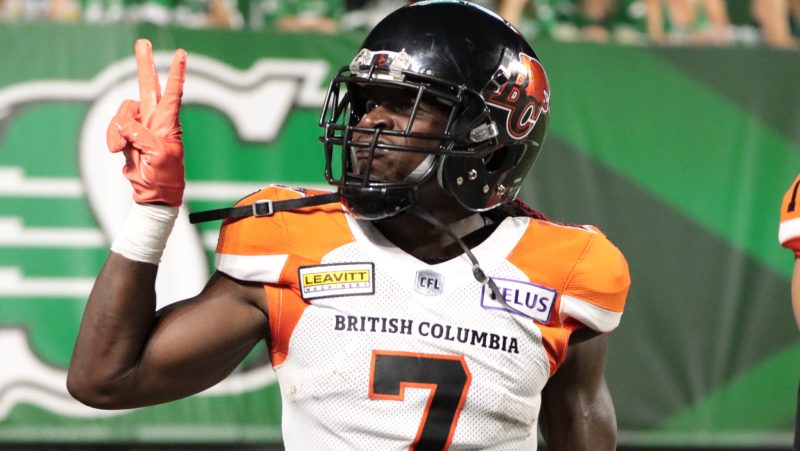 Lucky Whitehead and the rest of the receivers will have Michael O’Connor throwing them passes this week as Nathan Rourke is sidelined with an injury (BCLions.com)

Last week, I was swayed by all the defensive additions to the Riders that they’ve been missing. I completely disrespected the fact that the Lions defence is just damn good without any help needed.

What Ryan Phillips has going on over there is something special and they’re a group that can allow a team facing adversity on offence with Nathan Rourke’s injury some time to figure it out.

I appreciate Cody Fajardo and Craig Dickenson’s honesty that Fajardo is just not confident back there at quarterback right now but that should instill much, you know, confidence that the Riders are just going to flick a switch and find it.

They will have Shaq Evans and Kyran Moore back this week but also miss Jamal Morrow and Duke Williams. That feels like a saw off if you’re looking at any positive.

I’ll understand that Rider Nation will feel comfortable picking Saskatchewan due to Michael O’Connor getting the start for the Lions at quarterback but with the way the Lions offensive line played against the Riders so far this season, I think O’Connor will be good enough in his first start to outscore the shaky group in green. 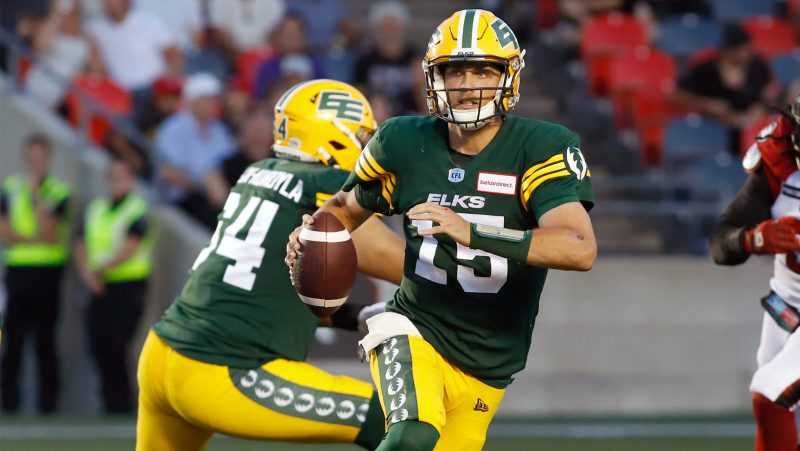 Taylor Cornelius and co. will be looking for a win at home this weekend in a rematch against the Ottawa REDBLACKS (The Canadian Press)

I thought my pick of the REDBLACKS last week was going to be great. Then the second half happened and now I’m fairly confident the Elks will win their first home game since late in 2019.

I’m intrigued by the Elks position in the standings right now as they look out of it but with Saskatchewan struggling, they have to start feeling like they have a chance again to catch the other guys in green, especially with another game against Saskatchewan coming up next month.

Not that they’d look too far ahead, but if the Elks start gaining the confidence in the group by piling up some wins against the statistically inferior REDBLACKS, it could lead to an interesting race down the stretch.