Grey Expectations: The great ones adapt 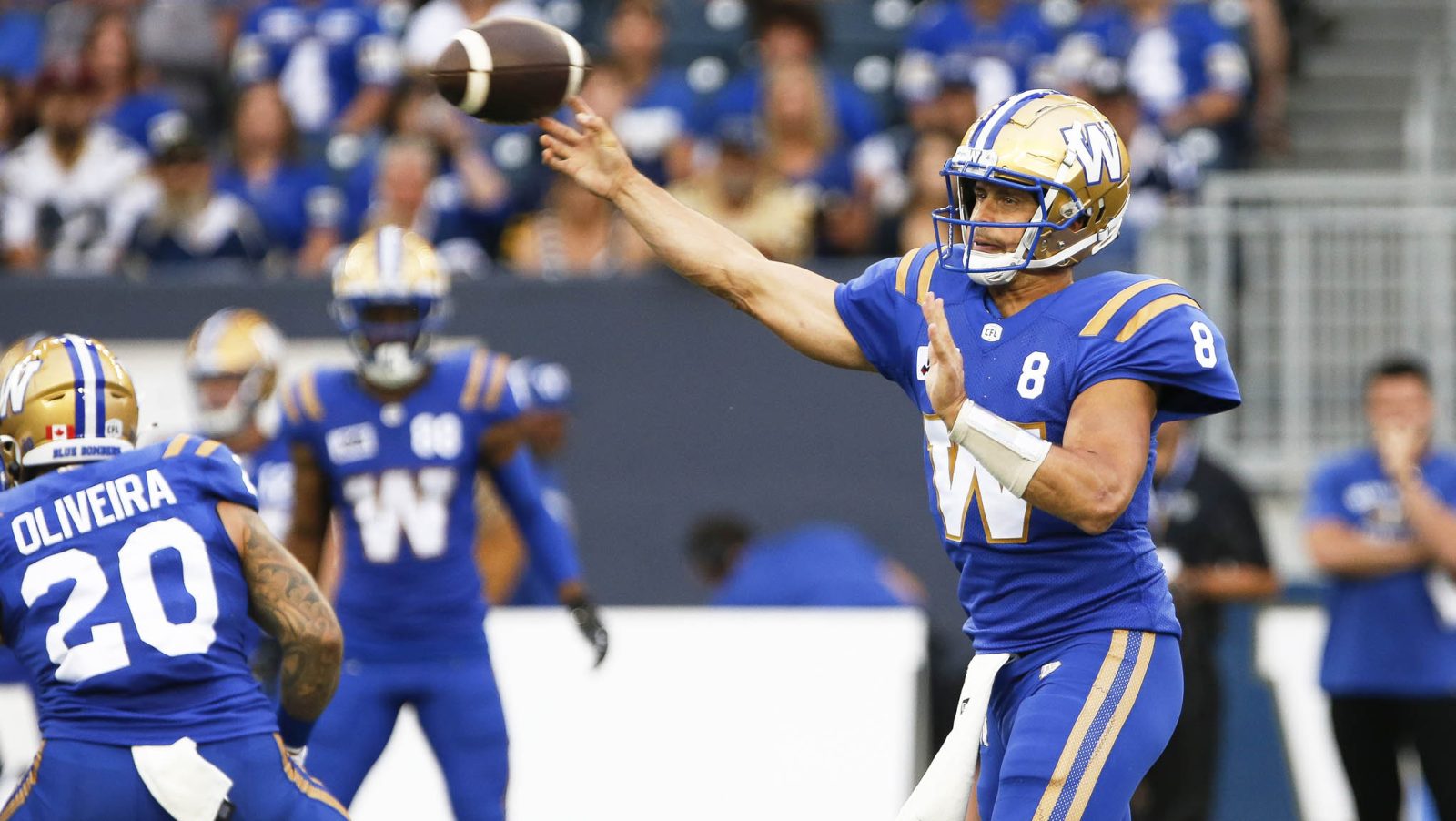 Grey Expectations: The great ones adapt

This is not Grey Expectation’s Week 1 rankings.

Changes were going to occur as the season progresses, yet this is just a wee beyond the pale. Depth at running back, which looked solid when our journey began in early June, is being pushed to the limit (just take a look at this week’s rankings) with injuries impacting three of the league’s top-four ground-gainers. The onset of injuries at the position is such that we are facing the prospect of not having a 1,000-yard rusher since 1993.

And oh, the pivot position. Nathan Rourke’s date with destiny has been cruelly disrupted, while changes could be a-coming in Calgary and Ottawa. Injuries and inconsistency could also lead to alterations in Hamilton and Saskatchewan.

Buckle up. This will be bumpy. 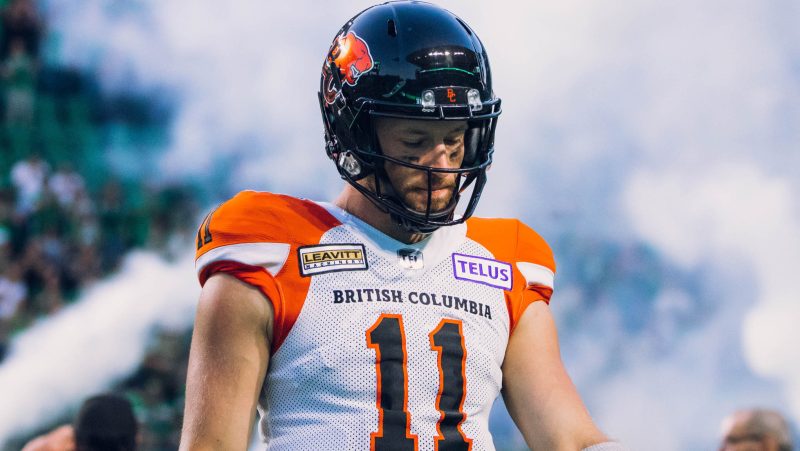 All eyes shift to Michael O’Connor as he steps in to assume starting duties in the wake of Nathan Rourke‘s injury (BCLions.com)

Zach Collaros, Winnipeg ($9,712) — He’s healthy and secure in his position, two major positives these days. Collaros also is refreshed after finally getting a bye week and faces a Stampeders’ defence he tagged for 315 yards and two touchdowns in Week 6. He’s also thrown multiple majors in five of his last six starts, making him a solid choice to lead the pack this week.

Michael O’Connor, BC ($7,500) — The three most expensive receivers in CFL fantasy are Lions. O’Connor’s going to be OK, everyone.

Taylor Cornelius, Edmonton ($8,000) — We’re watching the early stages of a pivot that can be special. Cornelius has shown flashes of his upside over the past two weeks and is in position to merge his skills to put up impressive numbers against the REDBLACKS on Saturday.

Matthew Shiltz, Hamilton ($7,490) — Dane Evans ($8,087) was limited on Tuesday and a full participant on Wednesday, but if he gets his third consecutive start, he could be productive. Shiltz comes off a 20.1 FP performance in last week’s loss to Montreal and should at least flirt with that total going against a Toronto pass defence that ranks eighth in completion percentage (71.1 per cent). There’s also the bonus of Shiltz’s running skills, a factor that shouldn’t be underrated considering how run-challenged the Ticats’ running backs have been this season.

McLeod Bethel-Thompson, Toronto ($8,739) — Need a prop bet? Try this: Bethel-Thompson finally averages better than 10 yards per pass this week, a feat he has yet to accomplish this season. He gets a golden opportunity to put up impressive numbers as he collides with a Tiger-Cats’ defence that has allowed a league-high 18 completions of better than 30 yards. Five of McBeth’s 10 majors have come on passes of 20-plus yards in depth, so here’s to going deep (and often) on Friday night.

Cody Fajardo, Saskatchewan ($9,327) — Can’t put all of his recent struggles on him alone. It’s hard to move the ball when you’re leading in the league in times sacked (32) and now having to break out without your top runner and best big-play threat at receiver.

Jake Maier, Calgary ($7,000) — Maier gets the nod on Thursday, yet one has to wonder how short of a hook he’ll deal with before the Stamps get cold feet and bring Bo Levi Mitchell ($6,416) back into the lineup. 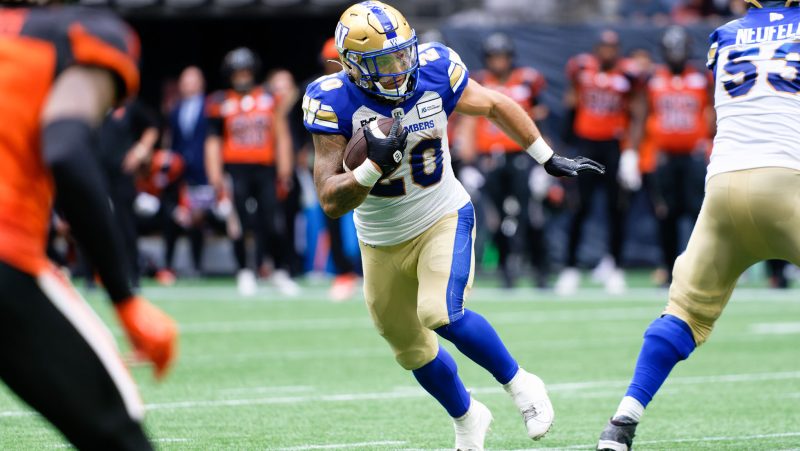 Brady Oliveira has ramped up his productivity over the last three games, making him a solid choice at RB for fantasy users (BCLions.com)

Brady Oliveira, Winnipeg ($6,737) — Tag, Brady. You’re It atop the rankings this week. You have earned it, rushing for 286 yards and two majors in your previous three games and running on the Stampeders isn’t as hard as it once was, evidenced by the 110 yards you ground out against them in Week 8.

Ka’Deem Carey, RB, Stampeders ($8,959) — Surprise! Look who’s back. Just when it felt like the position would like star power, the Stamps activate Carey in time to give Jake Maier a needed cushion for Thursday night. Carey, who leads the league with five runs of more than 20 yards, adds a big-play element the Calgary offence is lacking. Just give him 15-18 touches, and it will feel like old times (like Weeks 5-8).

James Butler, BC ($8,282) — This feels like a good week for the Lions to reintroduce Butler back into the offence. He’s been a non-factor since the early portion of the season and was held to just 16 yards on 13 carries last week. He’s ranked here because of the hunch BC gives him opportunities to get into the second tier of Saskatchewan’s reeling defence. Butler has not scored a major since Week 4. The man is overdue, folks.

Peyton Logan, Calgary ($6,233) — Yes, we are ranking a return specialist this high. Logan is fourth in the league with 1,140 all-purpose yards and if the Blue Bombers’ offence is rolling, that means extra touches for Logan, who also averages 6.5 yards per carry and 12.3 yards per catch. He may be Calgary’s best offensive option these days.

Ante Litre, Edmonton ($2,500) — Ottawa has the second-worst run defence in the league, and while Milanovic-Litre won’t wow you with dazzling runs, he could be in line for a career evening if the Elks were willing to invest 15-18 touches in him.

Devonte Williams, Ottawa ($4,000) — Edmonton has the worst run defence in the league and while Williams won’t wow you with dazzling runs, he could be in line for a career evening if the REDBLACKS were willing to invest 15-18 touches in him.

Frankie Hickson, Saskatchewan ($4,000) — With Jamal Morrow ($8,630) reportedly out for up to eight weeks, the Roughriders will turn to Hickson, who has averaged 6.7 yards per carry. Hickson might have been ranked higher if he didn’t have to contend with BC’s league-best run defence.

Don Jackson, Hamilton ($6,908) — Jackson has just one rushing major while averaging a paltry 3.7 yards per carry. Not much to get excited about here, even with the spate of injuries at the position. 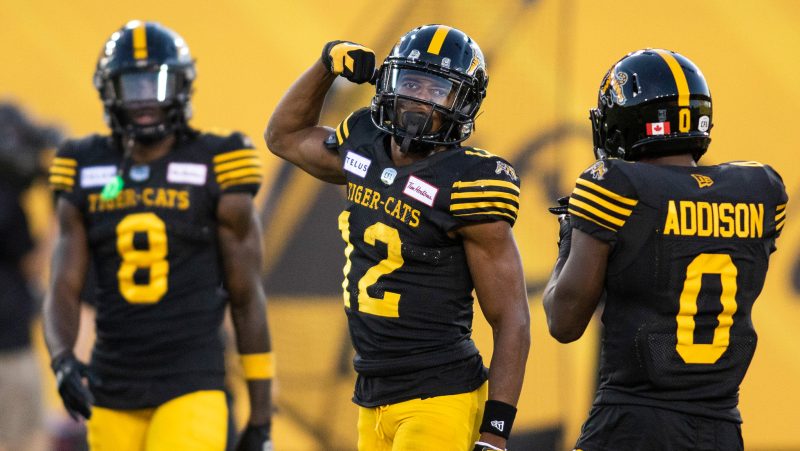 Despite the change at quarterback in Hamilton, Tim White has continued to put up numbers and is coming off of a monstrous game last week against Montreal (The Canadian Press)

Dominique Rhymes, BC ($10,265) — Seven straight games of at least one reception of better than 20 yards, and — oh, yeah — he leads the league with nine receiving majors. Rhymes is currently on pace for 102 receptions, 1,620 yards and 18 majors, so, yeah, you’re fitting him in the lineup.

Bryan Burnham, BC ($9,344) — In his three games since returning to the lineup, Burnham has produced 68.4 fantasy points. He’s scored in each of those contests and brings a 136.5 efficiency rating to torture the Roughriders with.

Tim White, Hamilton ($8,333) — We interrupt “Dynasty: BC” with the addition of White, who has become the focal point of Hamilton’s offence the past two weeks. He’s in the top 10 in targets, so fantasy users can feel confident White is going to get the opportunity to repeat last week’s 39.5 fantasy points against Montreal.

Dalton Schoen, Winnipeg ($7,028) — Schoen has caught majors in four straight games while averaging at least 13.8 fantasy points in each. He put up 24.6 FP in his previous matchup against the Stampeders in Week 8, and the week off will certainly be to his advantage.

Lucky Whitehead, BC ($10,072) — As last week’s major at Saskatchewan will attest, Whitehead is lethal in the open field. He’s tops in the CFL with 331 yards after the catch and is also in a stretch where he’s generated at least 25.1 fantasy points in three of his last five games.

Kenny Lawler, Edmonton ($8,825) — Second only to Montreal’s Eugene Lewis in targets, the rapport with Taylor Cornelius continues to grow. The consistency has been there, as Lawler has generated double digit fantasy in seven of his last nine games. You’ll want that consistency there as well.

Kurleigh Gittens Jr., Toronto ($7,241) — Gittens has just one touchdown and one contest of better than 67 yards receiving. He’s ranked here because the Argos will need to go against the grain and strike downfield, making Gittens a valuable option at a decent salary.

Jaelon Acklin, Ottawa ($7,897) — The change to Nick Arbuckle offers some optimism for Acklin, who went from being the league’s hottest receiver to just eight catches for 78 yards in the last two games. Don’t give up on him. There’s rebound potential in what could be a surprising track meet against Edmonton to wrap up the week.

Keon Hatcher, BC ($5,206) — There’s more than enough targets to go around for fantasy users to strongly consider adding Hatcher to their lineup. He’s still on pace to crack the 1,000-yard barrier, and as the lowest-priced Lions receiver, expect Hatcher to get his share of attention.

Reggie Begelton, Calgary ($8,658) — Like the aforementioned Acklin, Begelton is counting on a change at pivot (hello, Jake Maier!) will improve his lagging numbers. You get the feeling that if/when Begelton does explode, the fantasy users who held on will reap the benefits.

Shaq Evans, Saskatchewan ($5,575) — Duke Williams ($7,777) is out indefinitely and Kian Schaffer-Baker ($5,620) has 6.1 or fewer fantasy points in his last four games. That means the Roughriders are going to count on Evans, who is expected to be activated, to pick up what has been a disappointing Saskatchewan passing attack.

Derel Walker, Edmonton ($5,417) — The world has certainly changed during Walker’s touchdown drought, which started on September 20, 2019 and ended last Friday. Improved play at pivot should help give Walker a boost up the rankings.

Winnipeg ($3,200) — Refreshed after their bye, we might see the Blue Bombers’ defence that scored at least six fantasy points in their first seven games, three of which saw them hit double digits.

Calgary ($3,926) — Defence isn’t an issue with the Stampeders, who put up 18 fantasy points last week, the third time this season they eclipsed at least 10 FP.

Toronto ($3,200) — The Argos have been consistent since a minus-one showing against the Lions in Week 3, scoring in the positive each week since.