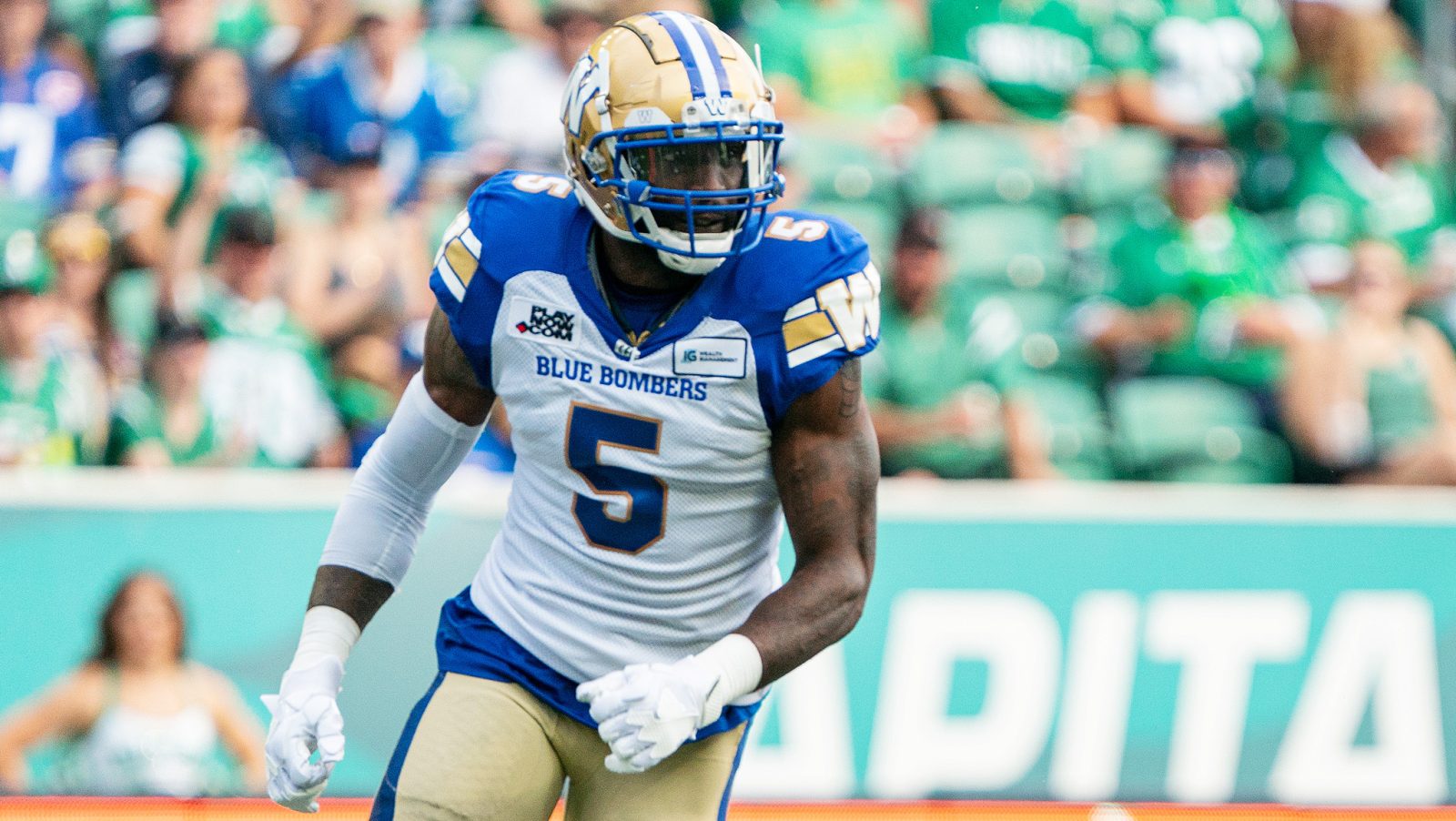 REGINA — With the game tied at 17, the Winnipeg Blue Bombers went into the second half of Sunday night’s contest against the Saskatchewan Roughriders with one thing on their mind: play as a team.

And that they did in the final two quarters, allowing just a single point and scoring three of their own on their way to defeating the Riders 20-18 on OK Tire Labour Day Weekend.

“Everybody made a key play at a certain point in time and that’s what put us over the top.”

With the win, the Bombers became the first team in the CFL this season to clinch a playoff spot and added to their perfect record on the road.

With Zach Collaros and co. getting things done on offence – Collaros threw for 214 yards and two touchdowns in the victory – the game plan for Jefferson and his defence was a pretty simple one. They wanted to stop the run and make life as uncomfortable as possible for Riders quarterback Cody Fajardo.

With that pressure late from the Bombers front in the contest, defensive back Nick Hallett picked off Fajardo, sealing the deal for the visitors.

Now the Bombers set their sights on a home game against these same Roughriders as the rematch of Labour Day gets underway on Saturday night at IG Field.

“I’m looking forward to it,” said Jefferson of next weekend’s contest. “Everybody that was here, we know they’re going to be back at IG Field. Sold out, what a time.”