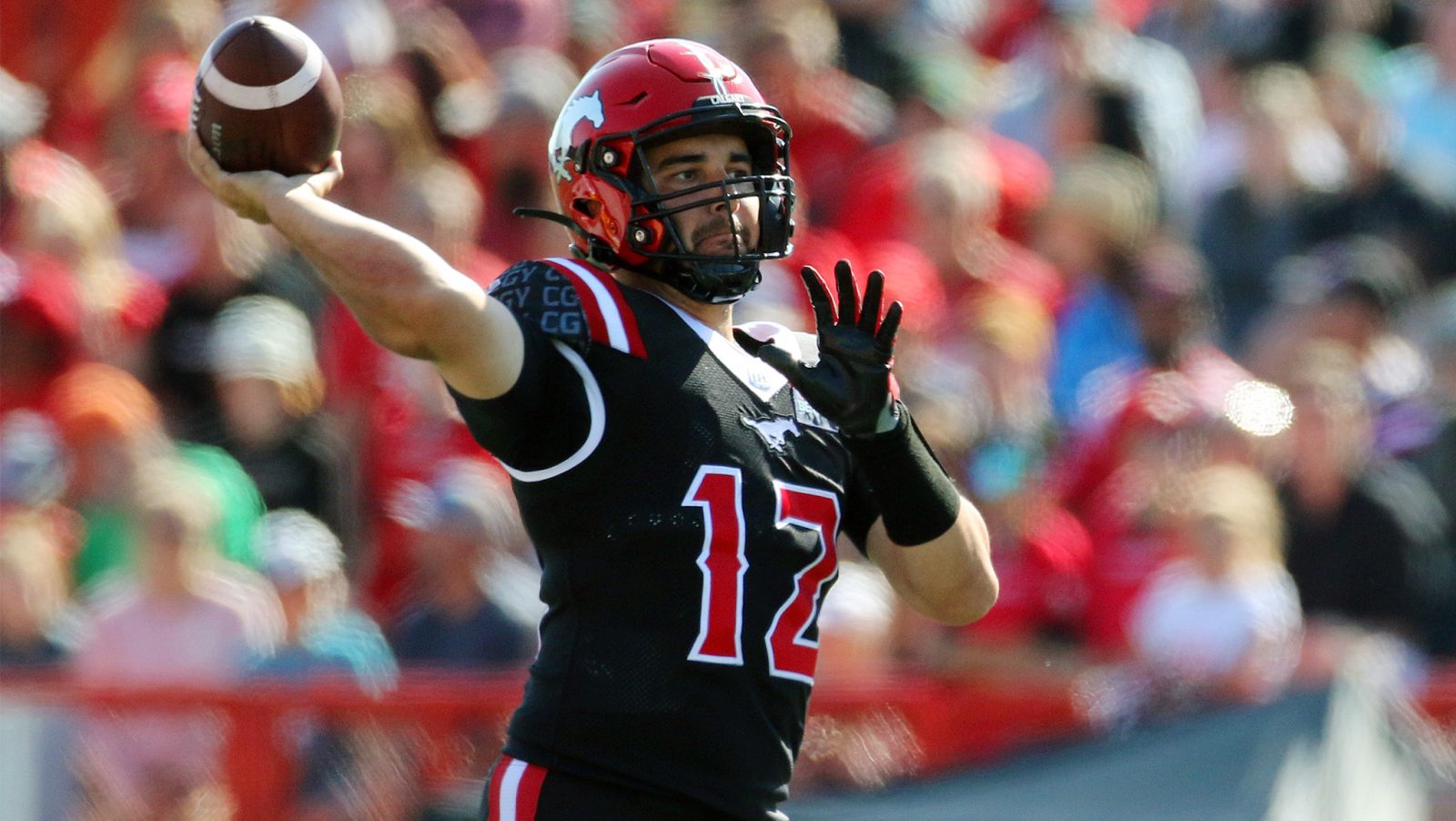 CALGARY — The Calgary Stampeders came away with a gritty 28-16 win over the Edmonton Elks as they closed out OK Tire Labour Weekend.

Making his second start of the 2022 season as the starting quarterback for the Stampeders, Jake Maier strung together a resilient performance to help led his team to win in the Battle of Alberta.

Maier completed 18 passes for 238 yards and two touchdowns in the win over Edmonton, with receiver Reggie Begelton hauling in both touchdown passes.

When asked about his performance in the win, the Calgary signal-caller admitted that the first half wasn’t his best start, but felt that he got into more of a rhythm in the game’s second half.

“You know, we were out of rhythm a little bit in the first half, mainly myself” said Maier in a post-game interview with TSN. “I have to play more of a complete game than that. Our defence kept us in the game, special teams made some big plays.”

Despite having a less than desirable performance, Maier remained adamant that the first half struggles were something that he could learn from and use positively.

“I really want to watch that first half,” said Maier. “Try to learn from it and try to play more of a complete game in a few days when we play them again.”

The second-year Calgary quarterback was quick to credit his team, specifically his group of receivers for picking him up when he needed it most.

“When we had an opportunity to win down the field, we did and that’s what these games come down to,” said Maier. “You just have to make some of those big time plays and credit Reggie and Luther with a heck of a catch and Jorden played a hell of a game.”

Looking ahead to Week 14, the Stampeders will rematch with the Elks as they prepare to play the second game of a home-at-home. Maier said that he knows Edmonton will be aggressive and next week’s rematch will only be a tougher test.