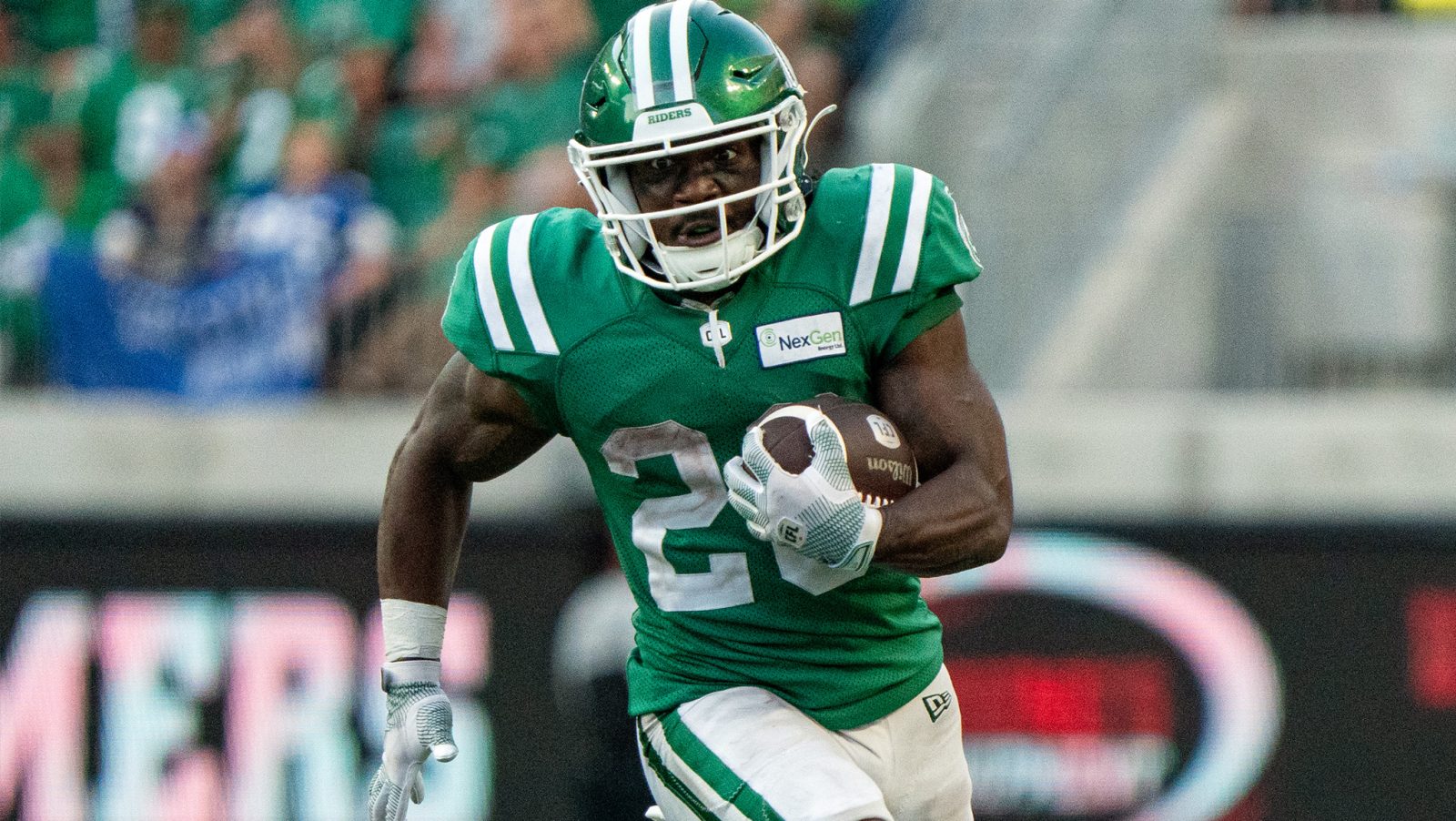 Let your television remote have the day off on Saturday, as the league’s first triple-header of the season commences at 1p.m. Providing CFL fans with more than nine hours of action, filled with playoff implications.

Week 14’s increased level of excitement only means the fantasy play will be of the high-impact variety, as the time to make a late run in fantasy leagues is now. In order to help bolster your chances, this article is here (as always) to let you know who to fit into your lineup and who to skip away from. 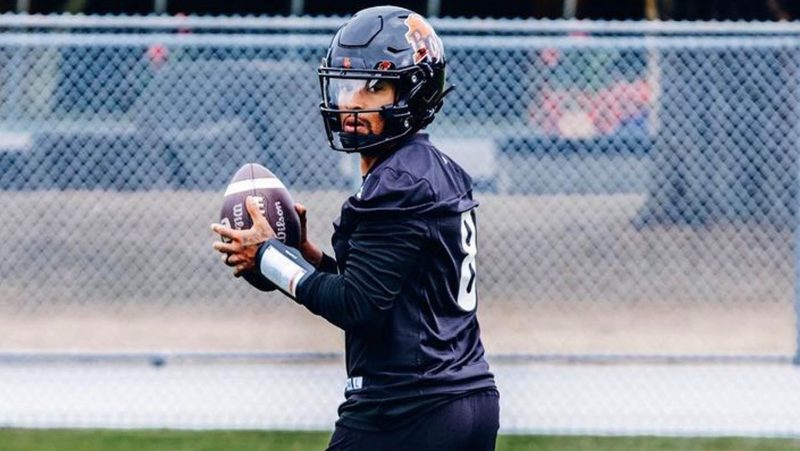 You don’t trade first-round picks in order to let the player being bartered for carry a clipboard. Antonio Pipkin ($5,664) took over under centre in the team’s Week 12 loss, yet it will be hard not to envision Vernon Adams Jr. on the field against his former Montreal Alouettes.

The typically explosive offence of the BC Lions was anything but in their 23-16 loss to Saskatchewan in Week 12. Both Pipkin and Michael O’Connor ($7,500) were able to manage just one touchdown drive between them. If and when Adams is ready, he should bring the level of big-play production at the pivot spot that the Lions offence, which has been averaging 33.5 points per game.

While O’Connor offers promise and Pipkin’s running ability keeps defences off-balance, Adams will eventually look a lot like the CFL All-Star he was in 2019. A season where he threw for 3,942 yards and 24 passing touchdowns. Sit tight for now, but if Adams is atop the depth chart come Thursday afternoon, do not hesitate to add him to your lineup.

The league’s fifth-leading rusher has seen a bit of a decline in fantasy production as of late. Amassing a combined 71 yards on 32 carries and a less-than-stellar 2.21 yards per carry. Compounding matters is his lack of visits into the end zone. James Butler has not recorded a major since the pair he scored against the REDBLACKS in Week 4, a drought that is carrying into its third month.

On the surface, a matchup against the Alouettes, who are eighth in the league in defending the run, would be ideal for Butler to break out. Yet fantasy users would be wise not to invest in Butler with hopes that Friday presents a return to the fantasy maven he was during the first four weeks of the regular season.

If the Lions passing game resumes its usual big-play hijinks, chances are that Butler’s value will continue to be tempered. In short, there’s little upside in playing him, at least for now. 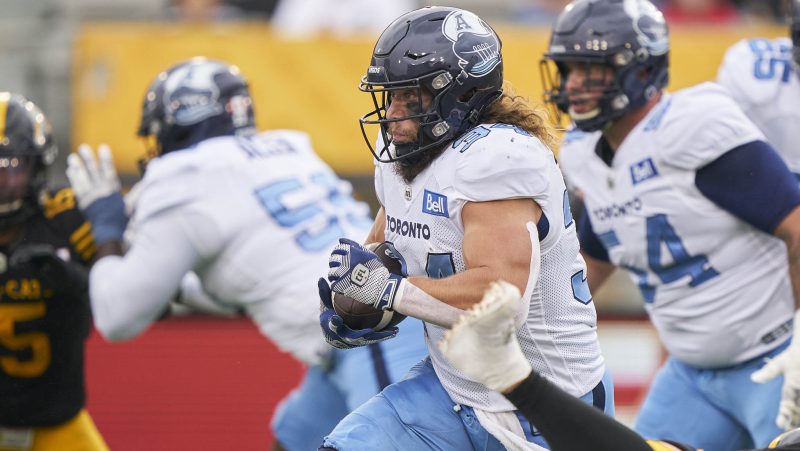 Toronto Argonauts running back A.J. Ouellette has been efficient when receiving out of the backfield for his team’s offence. The Boatmen running back has surpassed 65 yards receiving twice through the 2022 season (Geoff Robins/CFL.ca).

A.J. Ouellette will not wow fantasy users with style points, but his performance in the Labour Day Classic win over the rival Hamilton Tiger-Cats may have offered a blueprint on how the Argos will use the hard-nosed back.

Ouellette had a combined 16 touches for 116 yards in the 28-8 win. Most of his production coming from his receiving, where he had five receptions for 70 yards on six targets. Those longing to see more of rookie Daniel Adeboboye ($3,500) will have to wait, especially if pivot McLeod Bethel-Thompson ($8,480) continues to make Ouellette a vital part of Toronto’s passing game.

Monday was the second time in three games that Ouellette produced double-digits in fantasy points from his receiving, finishing with 12. He has nearly three times as many fantasy points (38.4) as a receiver than as a runner (13.7). If the trend continues, and if he can add a score or two, starting Ouellette will be like adding a third receiver to your fantasy lineup.

Like the baseball adage, “you can’t steal first base,” DeVonte Dedmon’s fantasy users are learning that you can’t score points if they don’t kick the ball in your direction.

The 2021 CFL All-Star had a 42-yard return in his Week 12 return to the league. Since then, no one is willing to gamble on having the ball touch Dedmon’s hands in the open field, as he has recorded a mere 44 yards on nine all-purpose touches.

Opposing teams are becoming content on sacrificing field position rather than kicking deep and running the risk of having Dedmon put them on SportsCentre. The REDBLACKS can continue to find ways to get the ball to him on offence, but until then one of the league’s most exciting players will be neutralized. 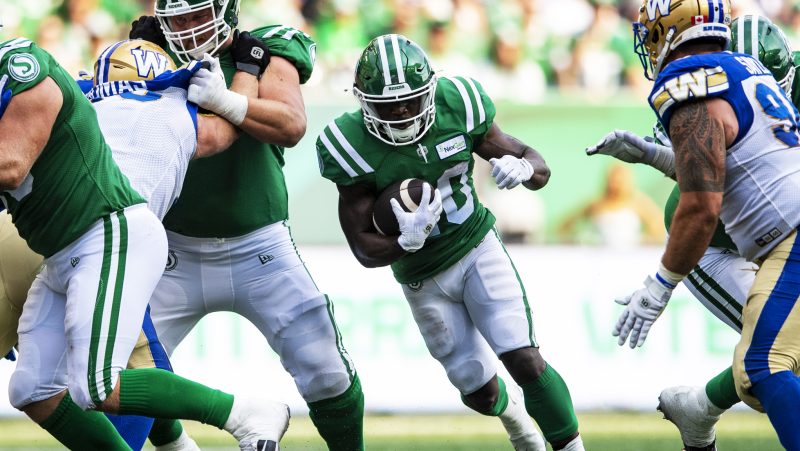 Frankie Hickson is now the league’s sixth-leading rusher after tallying a combined 214 yards in his first two starts since replacing the injured Jamal Morrow ($8,639). He has averaged an impressive 7.1 yards per carry and comes off a solid 85-yard performance against the Blue Bombers in last week’s loss in Regina. He has also chipped in six catches for 50 yards in that span as he has become the most reliable weapon in an inconsistent Saskatchewan Roughriders offence.

Winnipeg’s defence will be ready for him when the Labour Day rematch kicks off, but being ready and being able to contain Hickson are two different thoughts. The Rider back has 14 carries of at least 10 yards and two runs of better than 20, and if the Riders have a chance to come out of Winnipeg above .500, that means continuing to get Hickson the ball in open space can help dictate the pace.

Sunday’s loss the Winnipeg Blue Bombers marked the fourth time that Fajardo failed to throw a touchdown in the past five games against Winnipeg. He has thrown just one touchdown pass (compared to six interceptions) in the same span.

The Rider pivot threw for 292 yards on Sunday, his second-best outing of the season, yet he has gone through a run of five straight starts where he has either thrown just one touchdown or not thrown one at all, which can be a frustrating wave to ride for fantasy users.

Much has been mentioned about Saskatchewan’s additions to the receiving corps, yet it feels a bit hollow considering the Roughriders are second only to the Elks in fewest passing yards per game. Saskatchewan is among the league leaders in completions of 30 yards or longer but Fajardo has just 12 touchdown passes in his 287 attempts. Recent history strongly suggests that starting Fajardo against Winnipeg is likely to be a fruitless journey. 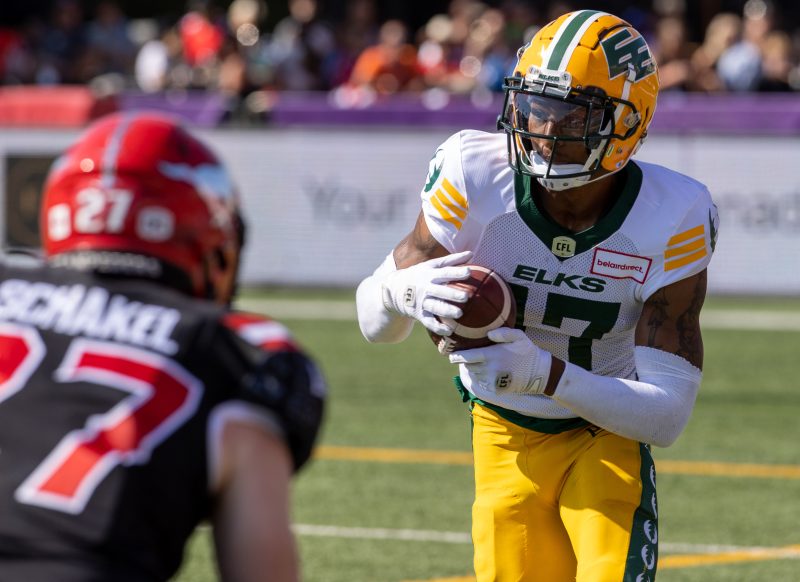 In his first two starts with the Edmonton Elks, Dillon Mitchell is averaging 20.8 yards per catch and scored his first touchdown on Labour Day (GoElks.com).

Dillon Mitchell answered Edmonton’s call of duty for a receiver to step up in the absence of All-Star Kenny Lawler ($9,383) as he caught six passes for 79 yards and a touchdown on eight targets in the Labour Day Classic loss at the Stampeders. Mitchell finished with 19.9 fantasy points (he added 0.6 on three punt returns for 15 yards). His first CFL touchdown came on a 48-yard strike from Taylor Cornelius ($8,702) late in the first quarter as the rookie displayed his deep speed.

With Lawler on the six-game injured list, Mitchell is in the position to not only step up as a bargain fantasy play over the next few weeks but also begin staking a claim to be part of the team’s 2023 plans. The Stampeders have allowed 18 touchdown passes this season, and Mitchell stands a good chance to add to Calgary’s total if he and a rapidly improving Cornelius continue to establish a rapport.

Calgary’s receiving pecking order appears to be developing, as Malik Henry ($7,762) and Reggie Begelton ($8,237) are the top two options for Jake Maier ($8,936) while Luther Hakunavanhu ($2,546) shows signs of a late-season breakout. That leaves the steady Jorden, who has become more of a possession receiver rather than the game-altering fantasy player he has been in season’s past.

Jorden has 43 receptions this season, but is averaging just 10.1 yards per catch, well off his 14.5 average last year and further away from the 17.2 he had in 2018. He has yet to score a major this season and is currently in a stretch where he has failed to score more than 10 fantasy points in six of his last seven games.

A breakout is still likely, and it stands to reason Jorden will eventually find the end zone, yet it’s time to look at him as a complimentary option to the Stampeders offence instead of being one of its main cogs.