Bombers proud of complete team effort in win over Riders 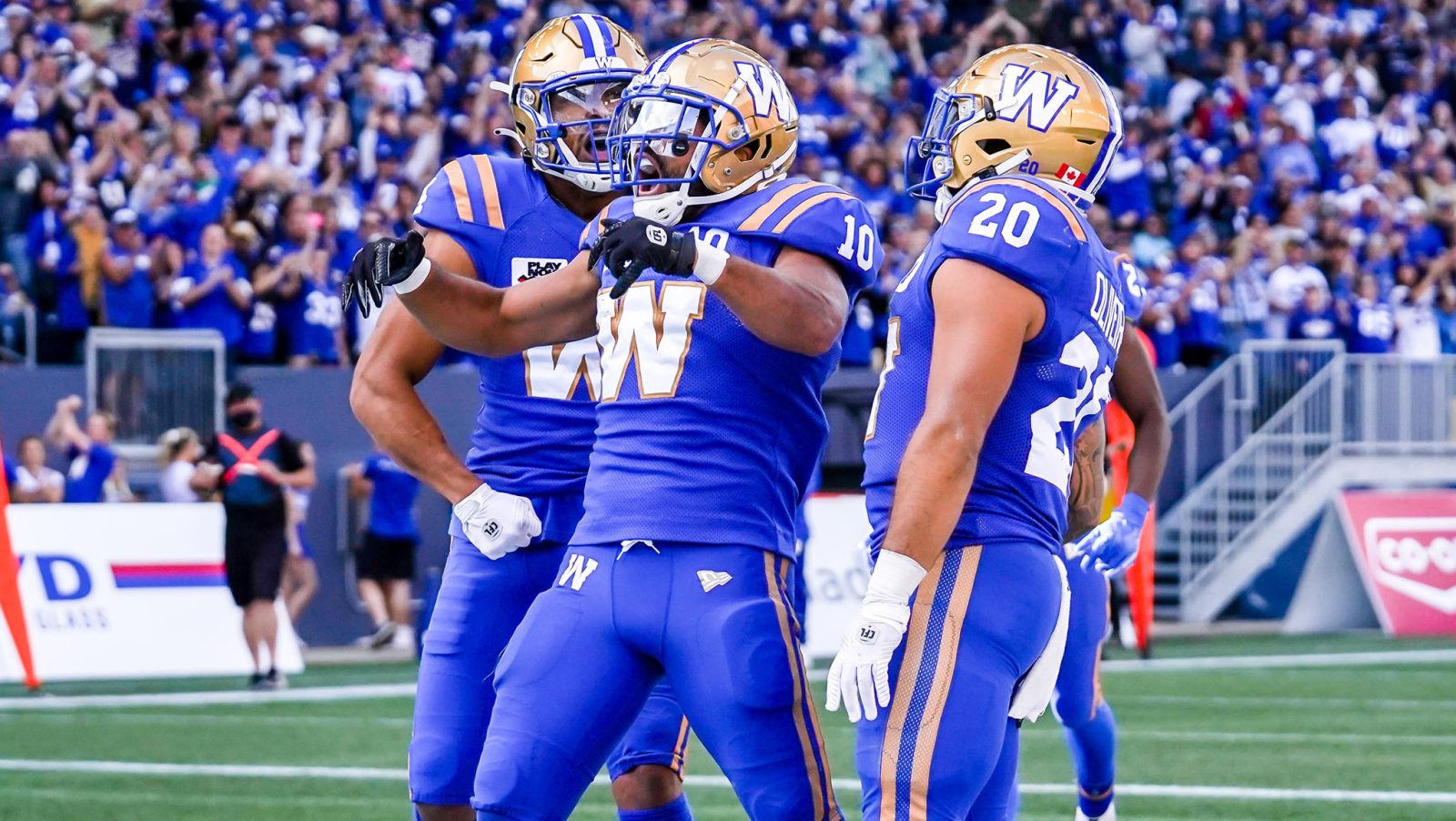 Bombers proud of complete team effort in win over Riders

WINNIPEG — It was a dominant effort for the Winnipeg Blue Bombers on Saturday night as they defeated the Saskatchewan Roughriders in the Labour Day Weekend rematch at IG Field.

“Just playing Winnipeg football, offence, defence, special teams. We allowed them to make some plays and things like that but we just had to lock down, focus us and come back and get together.”

Along with an excellent outing from their special teams and defence, Winnipeg’s offence showed just how explosive they could be in front of their home fans. The Bombers scored seven offensive touchdowns from three different quarterbacks in the win including four passes for majors from Zach Collaros, two short yardage rushing touchdowns from Dakota Prukop and a passing touchdown from Dru Brown.

Nic Demksi was the recipient of two of those passes for scores while Rasheed Bailey, Dalton Schoen and Brendan O’Leary-Orange hauled in the others.

“I think we played a pretty good game offensively,” Collaros told Orlesky. “Pretty complete. It took three phases to win the game and we’re proud of that. I think the thing I’ll remember the most is energy in the stadium. The fans were just incredible.”

With the win, the Bombers improve to 12-1 on the season and now look ahead to the Tiger-Cats as they head to Hamilton on Saturday for their Week 15 matchup.

“We’re finding ways to win, we’re sticking together” said Collaros.”It seems that we win in different ways quite often. It felt good to pull away there in the fourth, to really be able to celebrate in here with everybody. That was nice. It’s hard to win in this league so we’re just happy to win.”