QB Index: A trio of plot twists in Week 15 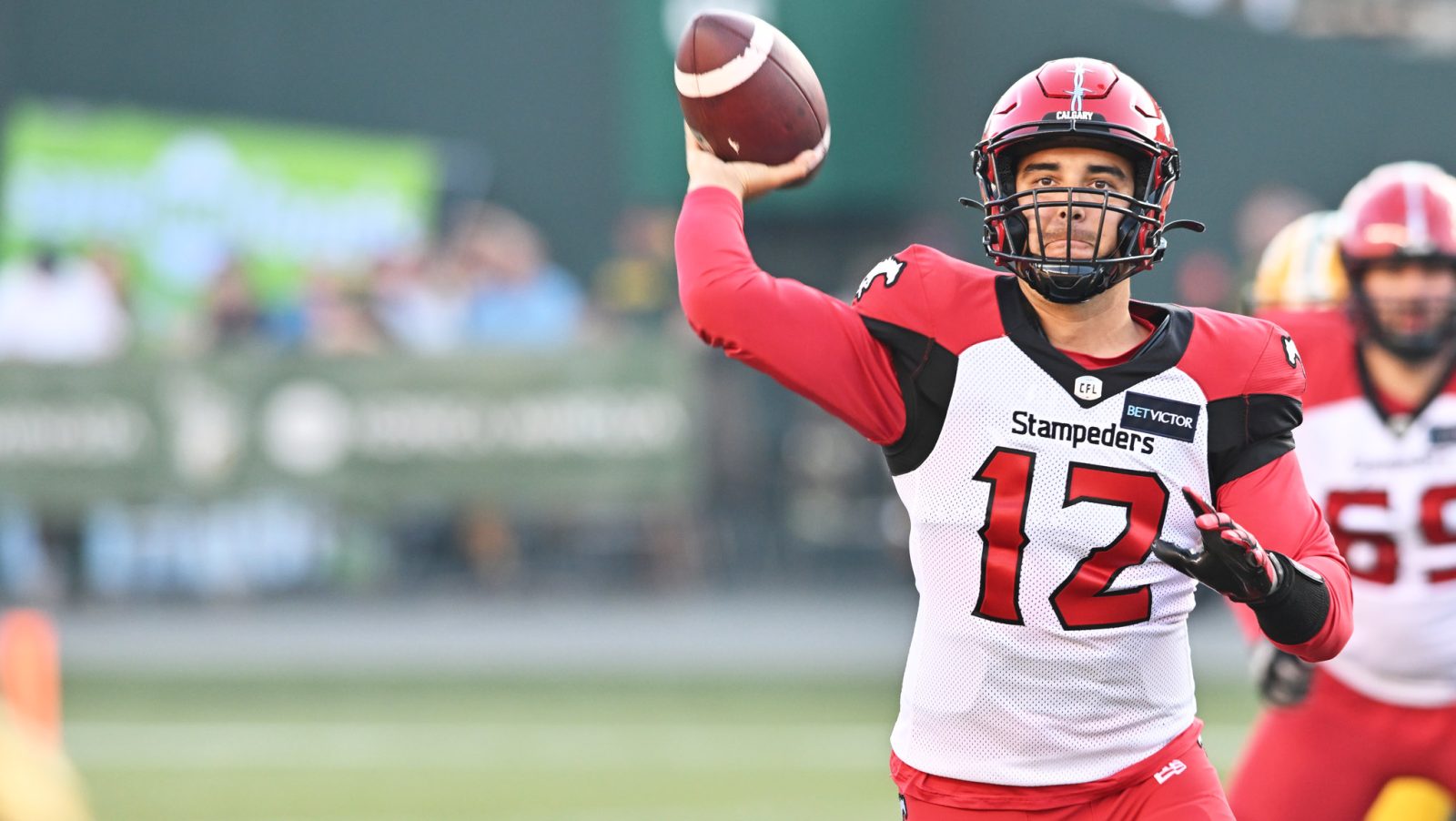 QB Index: A trio of plot twists in Week 15

TORONTO — When the new schedule comes out in December, I like to run through the weekly matchups, envisioning the summer months and what the playoff stretch for the coming season might look like.

As we roll into Week 15 of the season, the storylines on all three of the games have veered far from what anyone might have anticipated.

In each game this week, we see just how significant quarterback change has been this season. Out of the six teams that are playing, we have just two starting quarterbacks that would have fit that pre-Christmas, schedule unveiling day lookahead. Let’s take a look at just how much things have changed for teams at the most important position on the field this season.

Out of this week’s games, only Cody Fajardo in Saskatchewan and Zach Collaros in Winnipeg have held on to their starting jobs. We can add here that Fajardo’s status came into question when he was benched back in Week 11 when he got off to a bad start against the visiting BC Lions (more on them shortly).

Fajardo bounced back from that sideline view with a pair of strong games — 321 passing yards in a rematch with BC, then 292 yards against the Bombers on Labour Day — before being stymied by the Bombers’ defence in their rematch this past Saturday. He’ll look to bounce back on Friday when the struggling Edmonton Elks make their way to Mosaic Stadium.

About those Elks. The question going into the season was what GM and head coach Chris Jones wanted to do with his quarterback. Nick Arbuckle never seemed to be a part of his plans and he was traded to Ottawa on July 11, after the REDBLACKS lost Jeremiah Masoli to injury.

Given their 3-11 finish and subsequent regime change within the Elks’ organization last year that led to Jones’ return to Edmonton, Taylor Cornelius wasn’t given much thought by outsiders as a QB candidate for 2022. Had rookie Tre Ford not been injured in Week 5, we may not have seen much of Cornelius this year, but Jones turned to the six-foot-five, 232-pound second-year pivot and hasn’t gone away from him since.

The soon-to-be 27-year-old has made 147-251 passes in eight games for 1,936 yards with eight touchdowns and six interceptions. He’s also shown some scrambling ability and creativity when he’s gotten out of the pocket, something that Jones values in his quarterbacks. The wins aren’t coming for the Elks, but Cornelius’ play is evolving into a bright spot for the team as it tries to find its way back up the West Division standings.

On Saturday, we get a Grey Cup rematch to kickoff a double header, with Collaros and the Bombers visiting Tim Hortons Field to face the Hamilton Tiger-Cats. Collaros, of course, has been the rock steady constant for the Bombers since he’s arrived there on trade deadline day in 2019. He leads his team back onto the site of their most recent championship win fresh off of a 21-25 passing performance that netted him 273 yards and four touchdowns.

On the other sideline, the Ticats have been in flux at the QB spot. The team gets back on the field Tuesday after a bye week and will hope that Dane Evans — who has had his share of difficulties on the field this year — can get back to his 2019 and 2021 form, which has eluded him for much of 2022. Backup Matthew Shiltz is on the six-game injured list and the offence sputtered on OK Tire Labour Day Weekend when it turned to Jamie Newman and Jalen Morton. While Toronto and Montreal sit in front of the Ticats in the East Division standings, a late-season run isn’t out of the question. Things would have to come together in a hurry, though, and that hasn’t been the case for them through the first two-thirds of their year.

BC Lions co-GM and head coach Rick Campbell likely felt the Ticats’ pain this past week as he had to rely on third-stringer Antonio Pipkin and a still-new Vernon Adams Jr. to try to get his team its ninth win of the season. That of course didn’t happen, with neither pivot able to generate much offence in adverse situations. Campbell confirmed on Monday that Adams will get the start this week, marking arguably the biggest quarterback move we’ve seen this season, given that Adams’ stature with the Alouettes through the past two seasons.

The Stampeders provide the other argument on biggest quarterback move made this year. Jake Maier will get his fourth start of the season, after replacing Bo Levi Mitchell, when the Stamps host the Lions on Saturday night. Maier has been a steady presence under centre since he came in against the Argos in Week 11, throwing six touchdowns to two interceptions and making 77.6 per cent of his passes.

The Adams vs. Maier matchup might be the most intriguing of the week, depending on how up-to-speed Adams is with the Lions’ offence. The Stamps and Lions met in Week 10 and gave us one of the top games of the year, a 41-40 Lions’ comeback win. They could give us another highly entertaining game, with both teams using different quarterbacks just five weeks later.