Checking Down: News and notes from Week 15 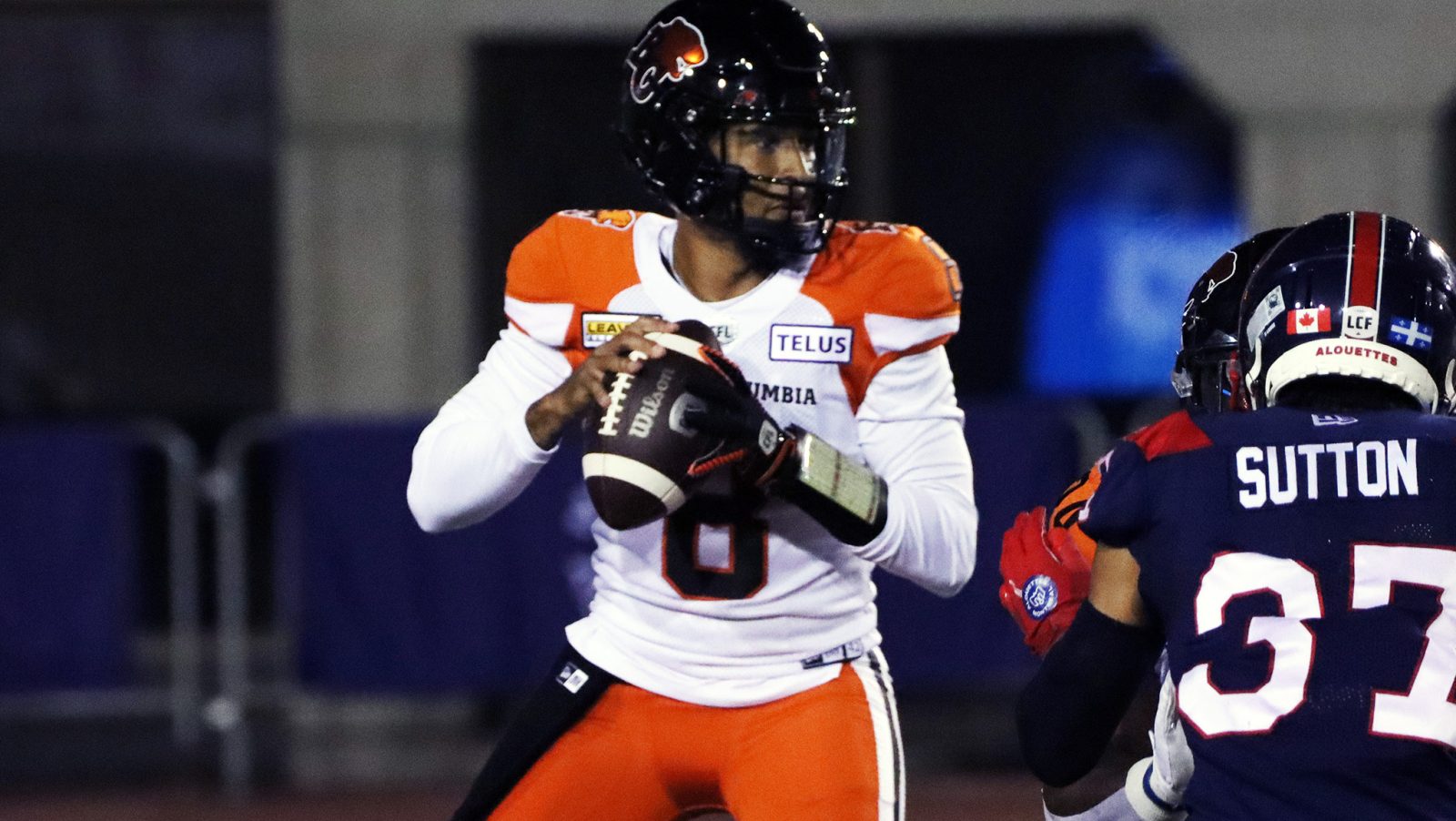 Checking Down: News and notes from Week 15

TORONTO — Week 15 is quickly approaching and the storylines across the league are rapidly accumulating. Vernon Adams Jr. will be making his first start as a member of the BC Lions, Taylor Cornelius is staying in Edmonton through 2024, and the Winnipeg Blue Bombers have a chance to clinch a home playoff game.

Despite it being a light week with only three games on the schedule, there are still plenty of storylines to follow as we near Week 15’s Friday Night Football matchup between the Edmonton Elks and Saskatchewan Roughriders.

CFL.ca has you covered in the latest edition of Checking Down, helping you keep track of everything happening across the country.

– In a post-practice interview earlier in the week, BC Lions head coach Rick Campbell told team media that the recently acquired Vernon Adams Jr. has been named the starting quarterback ahead of the team’s Week 15 matchup with the Calgary Stampeders (BCLions.com).

– On Saturday from McMahon stadium in Calgary, Adams will be making his debut as the starting quarterback for the Lions. When speaking to team media about the moment the BC pivot said that he is excited for the opportunity, but his focus is on building chemistry with his receivers ahead of Saturday’s game (BCLions.com).

– In a team media session Calgary head coach Dave Dickenson outlined spoke about offensive lineman Sean McEwen as he continues to work his way back from an injury that has sidelined him since Week 9. Outlining the important role that offensive lineman plays both on the field, and as a leader for the team (Stampeders.com).

–  After the team’s 56-28 win over the Edmonton Elks in Week 14, the Stampeders video team captured quarterback Bo Levi Mitchell handing out the game balls in the locker room (Stampeders.com). 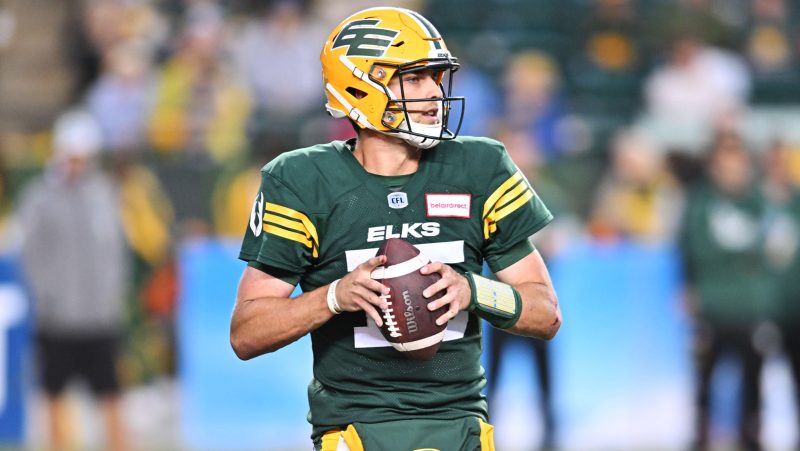 – The Edmonton Elks announced on Wednesday afternoon that the team has signed quarterback Taylor Cornelius to a contract extension, keeping him in Edmonton through 2024 (CFL.ca).

– Edmonton suffered a 56-28 loss to the Stampeders in Week 14. Speaking to team media Jones said that regardless of the loss, it’s all about approach and that all his team can continue to do is work hard (GoElks.com).

– Edmonton receiver Dillon Mitchell has had an explosive start to his CFL career, catching 199 yards and touchdown in his last two performances. Speaking to team media, Mitchell said that he’s known he had the ability to make plays, but needs to continue to do the hard work (GoElks.com).

– The Elks added some depth to their receiving corps earlier in the week. The team announced they had signed American receivers Lucky Jackson, while also releasing defensive lineman Nick Coe (CFL.ca).

– Entering their Week 15 matchup with the Edmonton Elks, the Saskatchewan Roughriders are fourth place in the West Division Standings and hold a record of 6-7. Speaking with team media head coach Craig Dickenson said that despite the season, he is proud of the efforts of his team (Riderville.com).

– As Shaq Evans returns to the lineup for the Riders, the veteran receiver explained how hard the recovery process was for him mentally and how thankful he is to be back sharing the field with his teammates, in an interview with Riderville.com’s Daniella Ponticelli (Ridervilles.com).

– The Roughriders welcomed a new member to their team on Wednesday afternoon, Cody Fajardo announced on his social media channel that he will be a father as his family welcomed their newborn (Riderville.com).

– Saskatchewan receiver Jake Harty went undercover dressed as a Roughrider super fan, during a team autograph session. Harty tricked several of his teammates into signing multiple autographs for him (CFL.ca).

– The Winnipeg Blue Bombers earned a 54-20 victory over the Saskatchewan Roughriders in Week 14’s Labour Day rematch. Zach Collaros threw four touchdown passes, while Willie Jefferson recorded two sacks and a forced fumble. The pair of Bombers were given CFL Top Performers honours for their efforts in the win over Saskatchewan (CFL.ca).

– As the Bombers prepare for an upcoming Week 15 matchup with the Hamilton Tiger-Cats, head coach Mike O’Shea told Winnipeg media that his team’s preparation doesn’t change, no matter who is taking quarterback reps in Hamilton (BlueBombers.com).

– As the battle for playoff positioning heats up across the CFL, there a few scenarios in play this weekend. See how Winnipeg can clinch a home playoff game in Week 15 on CFL.ca’s Playoff Scenarios page (CFL.ca).

– The Hamilton Tiger-Cats enter Week 15 coming off of a bye week, they will host the Blue Bombers from Tim Horton’s field on Saturday. in a team media availability, quarterback Dane Evans said the bye week felt like a huge step in helping him recover his right shoulder (Ticats.ca).

– Speaking to team media earlier this week, Hamilton head coach Orlondo Steinauer said that his team’s focus is on playing their own brand of football, regardless of who their opponent is (Ticats.ca).

– The Toronto Argonauts topped the Ottawa REDBLACKS 24-19 in Week 14. Following the team’s win, Argos quarterback said in a post-game interview with TSN that he knows that his team can be dangerous when they play a complete game (CFL.ca).

– The Argonauts social media team captured a heartfelt moment in the locker room post-game, Argonauts rookie Daniel Adeboboye was given team’s player of the game belt and helped kickoff the celebration after the win (Argonauts.ca). 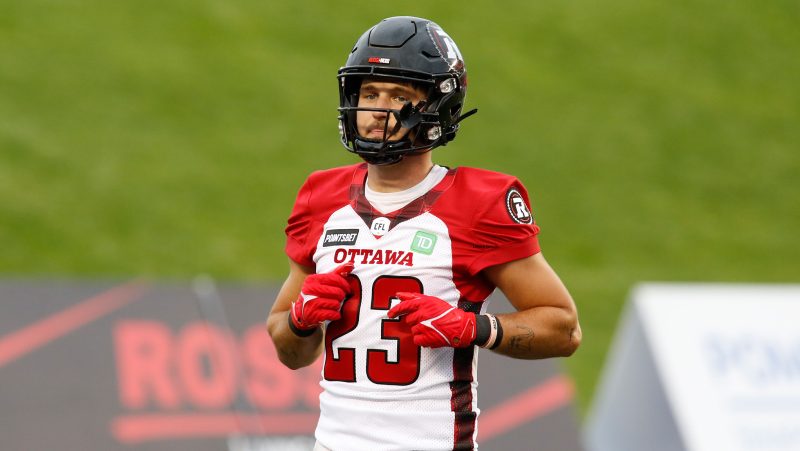 Ottawa REDBLACKS receiver Jaelon Acklin has 1,025 receiving yards through 14 weeks of play, making him the first player in the league to reach the thousand yard milestone (Patrick Doyle/CFL.ca).

– The Ottawa REDBLACKS will be off in Week 15 as they have a bye, but the team will return for a Week 16 rematch with the Argonauts from TD Place. The matchup against the provincial rivals will feature super hero night and fans are encouraged to dress up as their favourite super hero (OttawaREDBLACKS.com).

– Nate Behar has been one of the leading pass-catchers in Ottawa this season, and is having a career-year through 14 weeks of league action. Speaking to team media, Ottawa head coach Paul LaPolice gave high praise for the receiver calling Behar, tough as nails (OttawaREDBLACKS.com).

– Former Montreal defensive coordinator Baron Miles has found a new team. Miles is serving as the defensive coordinator at the U SPORTS level with the Bishop’s University Gaitors. Miles said in an interview that the is enjoying football, and that football is made to be enjoyed (MontrealGazette.com).