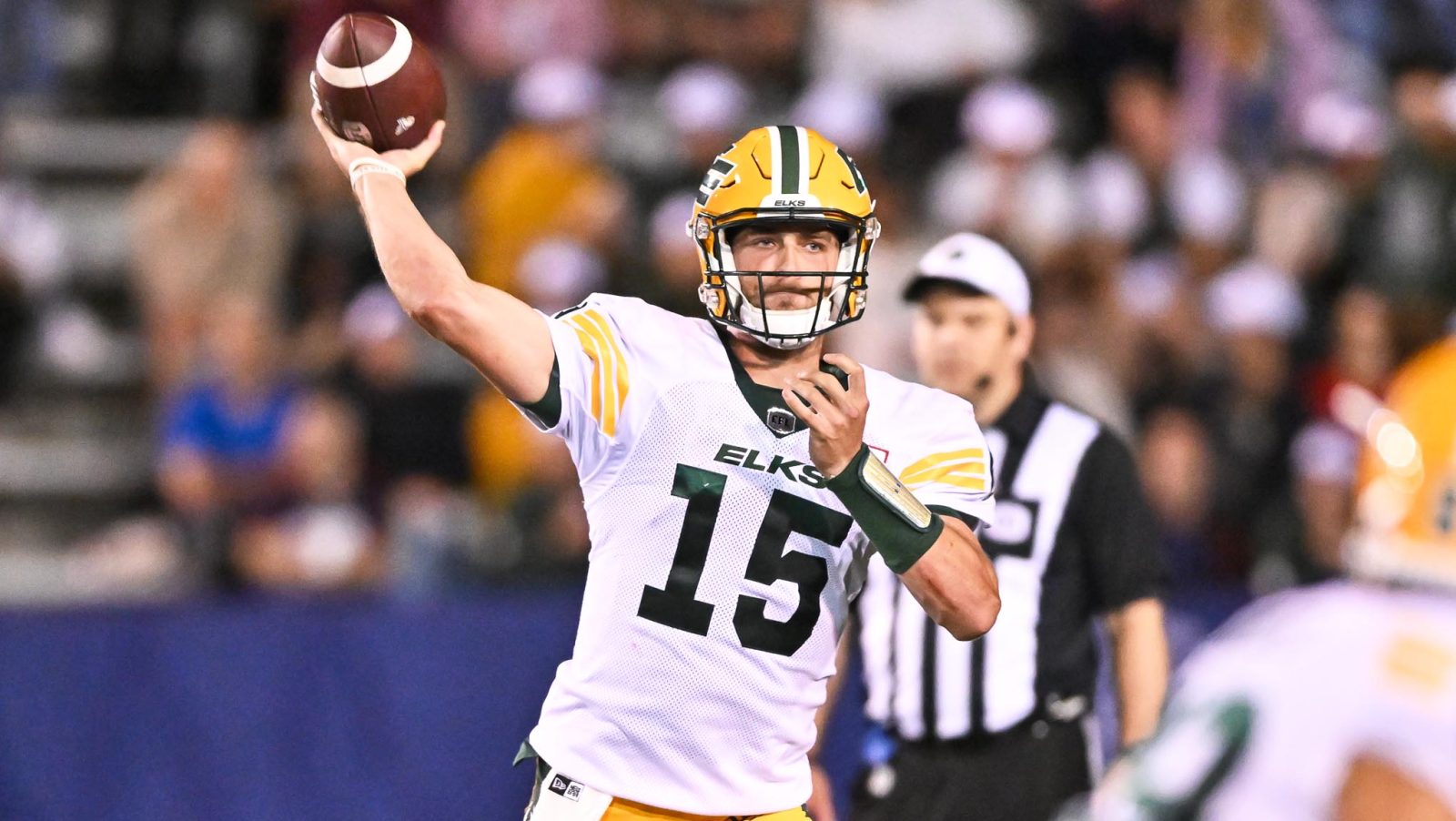 EDMONTON — Taylor Cornelius has signed a two-year contract extension with the Edmonton Elks.

The deal was announced Wednesday morning and keeps the quarterback in Edmonton through the 2024 season.

“Taylor’s a young up-and-coming quarterback,” said Elks assistant general manager Geroy Simon. “He is trending in the right direction, so we’re excited about his future with the Edmonton Elks.”

RELATED
» Riders, Elks Injury Report: Stay up to date
» QB Index: A trio of plot twists for Week 15
» Start vs. Sit: The week of the quarterback

Cornelius dressed for 14 games and made eight starts as a CFL rookie in 2021, when he had 143 completions on 247 attempts for 1,795 passing yards with nine touchdowns and 13 interceptions, while rushing for 149 yards and one major.

The Amarillo, TX native originally signed with the Elks in February 2021, after spending the 2020 season with the Tampa Bay Vipers of the XFL. Cornelius played college football at Oklahoma State from 2014-2018, before attending NFL training camp with the Green Bay Packers in 2019.

Cornelius and the Elks return to action on Friday, when they take on the Saskatchewan Roughriders at Mosaic Stadium in Regina.