Morris: The thrill of the playoff chase 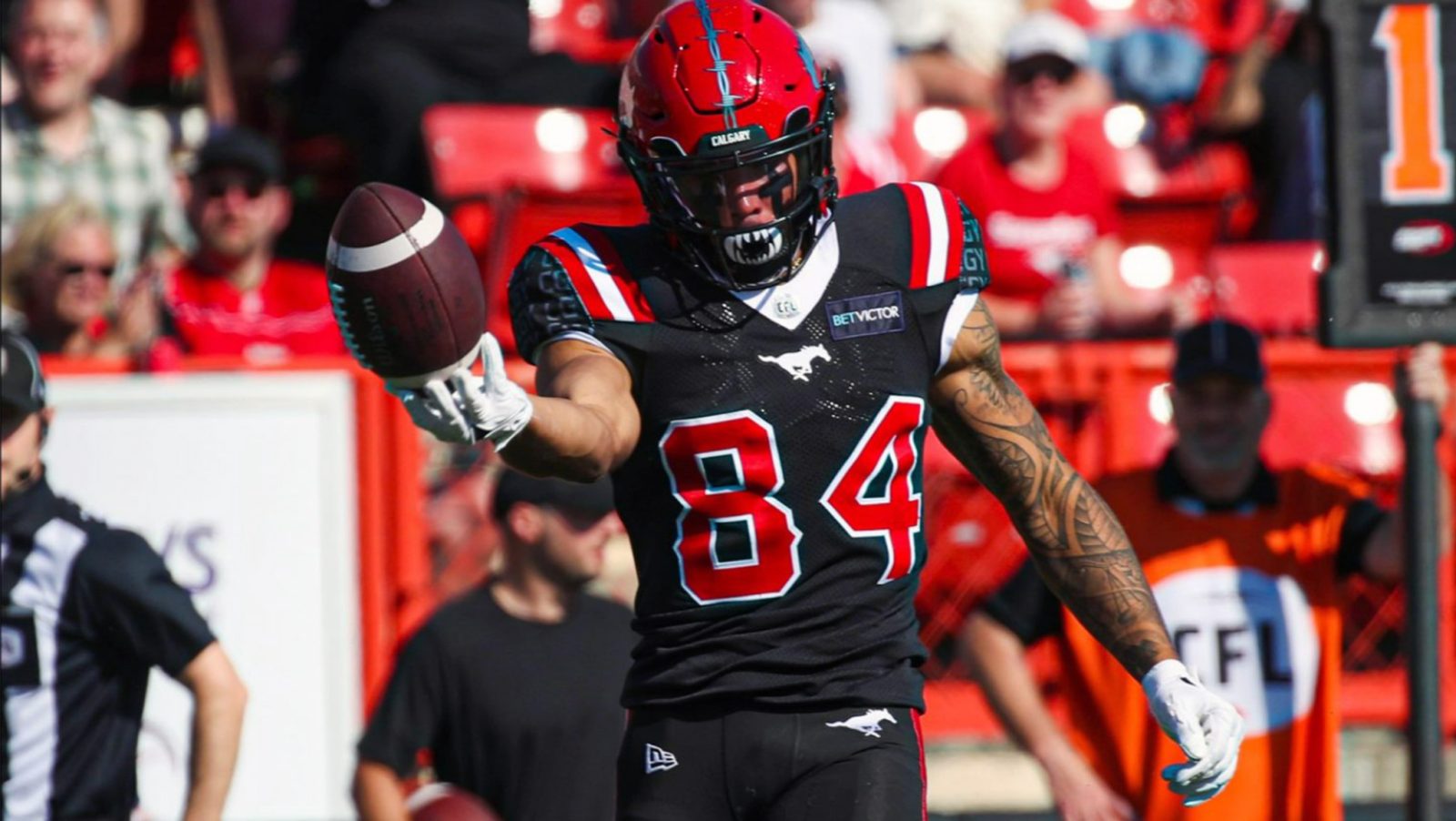 Morris: The thrill of the playoff chase

As the regular season enters its final stretch and the jostling for playoff positioning continues, Calgary Stampeders wide receiver Reggie Begelton sees advantages in being the team that is chasing instead of the one being chased.

A team that locks up a CFL playoff spot too early can sometimes relax and drop its guard, said the Calgary receiver.

“I’d rather be a team that’s right above .500 and always have to fight, like in a boxing match, versus a team that is undefeated and never really had that adversity when it comes to playoffs,” said Begelton.

The Stampeders (8-4) can move into second place in the CFL West Division with a win over the BC Lions (8-3) at McMahon Stadium Saturday. Begelton detailed why he likes playing in games with playoff implications down the stretch of a season.

RELATED
» CFL Simulation: Breaking down the possibilities
» Ferguson: Evaluating the quarterbacking from Week 14
» Buy Tickets: BC at Calgary

“It makes you tighten up, you’re not as loose,” he said. “You really have to key onto the details. When you have practice, you’re more deliberate.

“When you have that safe place of a good record, you tend to relax. But when you have people nipping at the back of your heels, it keeps you looking forward, constantly trying to get better.”

Begelton learned this lesson in 2017. He was part of a Stampeder team that finished first in the West with a 13-4-1 record only to be upset by a 9-9 Toronto Argonuats team in the Grey Cup.

“We had a great team and honestly, we weren’t supposed to lose like that,” he said. “You can do good all regular season but when it comes to the playoffs, the details  really (need) keying on.”

Begelton has 54 catches for 685 yards and four touchdowns this season. Heading into the weekend he is ranked 12th among CFL receivers but his 335 yards after the catch are third best in the league.

While steady all season his production has increased over the last three games with 16 catches for 237 yards.

In Calgary’s back-to-back wins over the Edmonton Elks, Begelton had two touchdown catches on Labour Day, and followed it up with a 112 receiving yard performance in Week 14. It was also his first  100-yard game of the season.

The 29-year-old native of Beaumont, TX, admits deep down he is a little bit surprised it took him this long to finally have 100 yards in a game.

“I’m not here for individual (statistics), I’m here to try to help this team win in whatever manner that can be,” said Begelton. “I always take pride in moving the chains.

“I’ve always been a  possession receiver. I’ve never been selfish when it came to my yards and touchdowns, anything like that.”

Begelton has seen the ball more consistently in the three games since Jake Maier took over as Calgary’s starting quarterback from Bo Levi Mitchell.

“By the numbers you could say that, but I feel like I’m still doing the same things that I was doing when Bo was in there,” said Begelton. “Maybe a little bit more communication is involved.

“I’m not the one that’s throwing the ball. The only thing I can do is get open and catch the ball once it’s in the air. I can only water my lawn when it comes to something like that.”

Standing at six-feet and weighing 205 pounds, Begelton makes a big target for whoever throws the ball. He also has proven very reliable, failing to catch only six of the 32 passes  thrown his way over the last five games.

“You’re not going to find too many people that are going to work out Reggie, and he’s smart too,” said McDaniel who Begelton’s teammate in 2017. “I don’t know the last time he had an actual bust as far as not knowing what do.

“He doesn’t really leave too many plays out there. He catches the ball underneath on screens and can go deep. He’s going to be where he needs to be. He knows how to read coverage and he doesn’t drop many.”

The Stampeders face the BC Lions in Vancouver for their Week 15 matchup on Saturday. The teams met earlier this year with BC earning a 41-40 victory at McMahon Stadium, in a game Calgary led 30-18 at half time.

Statistically, Begelton had his worst game of the season against the Lions, making just four catches for 27 yards.

The Lions have lost the two games they’ve played since losing Canadian quarterback Nathan Rourke to injury and have managed to score just 26 points.

While the offence has struggled the BC defence remains strong.  The Lions have  given up an average 21.7 points a game, second least in the league, and allowed a CFL low 228.2 passing yards a game.

“This is another team you can’t take lightly,” said Begelton. “They are a playoff contender, they could win any game they play.”

The best the Stampeders can finish the season is in second place. The two-time defending Grey Cup champion Winnipeg Blue Bombers (12-1) have already punched their playoff ticket and could secure a home playoff date this weekend.

Any team from the West hoping to advance to the Grey Cup in Regina will likely have beat the Bombers.

The Stampeders lost three times to the Bombers this season but Begelton takes  solace that the games were close. Two were decided by a touchdown and one by two points.

“It allows you to go back, watch the film and really key on what did we do wrong,” he said. “Honestly, it came down to details. If we won those games, where would our mindset be. Would we be working this hard.”

The Stampeders respect the Bombers but are not intimidated by them.

“We know we’re a good team,” said Begelton. “It’s just a matter of making enough plays to be a championship caliber team.

“Winnipeg is a championship caliber team. They’ve proven that the last two years.  We have to come with our Ps and Qs and be on point.”