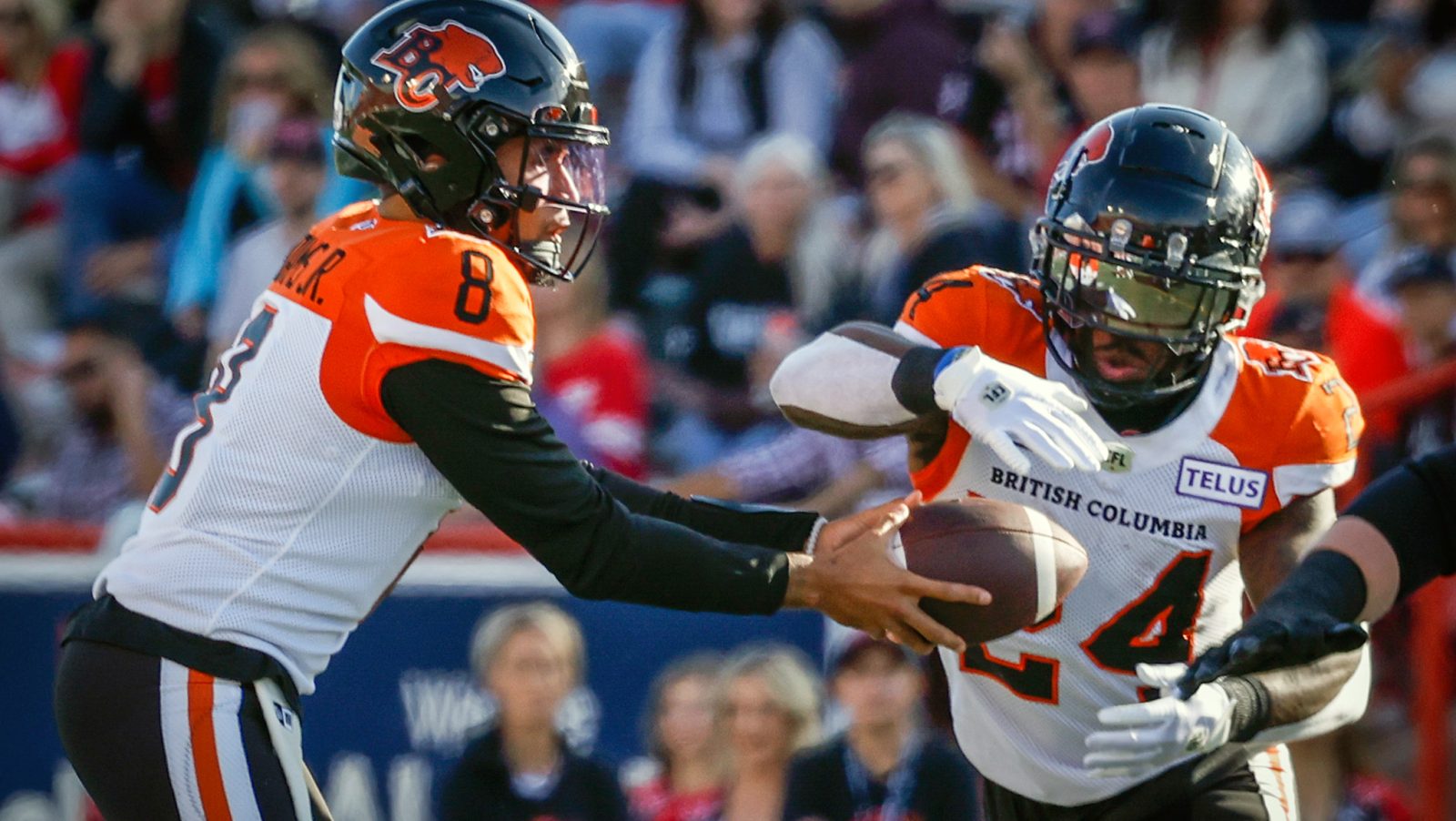 CALGARY — The BC Lions earned a hard fought 31-29 overtime victory over the Calgary Stampeders from McMahon Stadium to close out Week 15 of league action.

Making his first career start as the quarterback for the Lions, Vernon Adams Jr. put together an efficient performance that saw him execute the BC playbook near perfectly as he helped his team retain sole possession over second place in the West Division standings.

The BC pivot completed 25 of his 32 passing attempts for a 78.1 completion percentage. Adams threw for 294 yards and made key throws downfield to the likes of Bryan Burnham and Dominique Rhymes to help gain momentum and extend drives.  The pairing of Rhymes and Burnham combined for 15 of Adams’ 25 completed passes and 191 of his 294 passing yards.

RELATED
» Box Score: Lions, Stamps by the numbers
» Through the Lens: BC at Calgary
» Watch: BC seals the game in overtime

In a post-game interview with TSN, Burnham was asked about the performance of his quarterback, noting that Adams has fit in seamlessly within the Lions, and has shown natural leadership qualities.

“It speaks volumes to just the type of guys he is, the type of character he has,” said Burnham of his quarterback. “He hasn’t tried to push too hard or too much. He’s just come into his role and he’s taken it day by day. He’s a leader, he’s just a natural leader and he fits in well with our group.”

The win for BC on Saturday gives them their first win since Week 11. It also give the team their second win in a three-game series with the divisional rival Stampeders. Something that Burnham didn’t take for granted as he expressed how important the win is for his team.

“This was a huge game for us, coming off of back-to-back losses,” said Burnham. “That’s a good football team, so to come in here and win a close game like this, it’s a testament to the hard work that the team puts in and just the no-quit attitude that we have.”

The veteran receiver was also quick to give credit to his team’s defence, acknowledging their ability to make plays when the team needed them to the most.

Despite an impressive showing from Calgary quarterback Jake Maier, the BC defence managed to hold strong as they forced an incompletion from the Stamps pivot on a must-make two-point conversion attempt to end the game.

“It’s amazing, I mean, bend don’t break,” said Burnham of his team’s defensive effort. “Defence has been great for us all year. They gave up a few plays tonight, but when it really mattered, when it was all on the line, they got the job done.”

Ahead of the new week, the Lions and Stampeders will conclude the series finale with a Week 16 rematch from BC Place in Vancouver on Saturday.