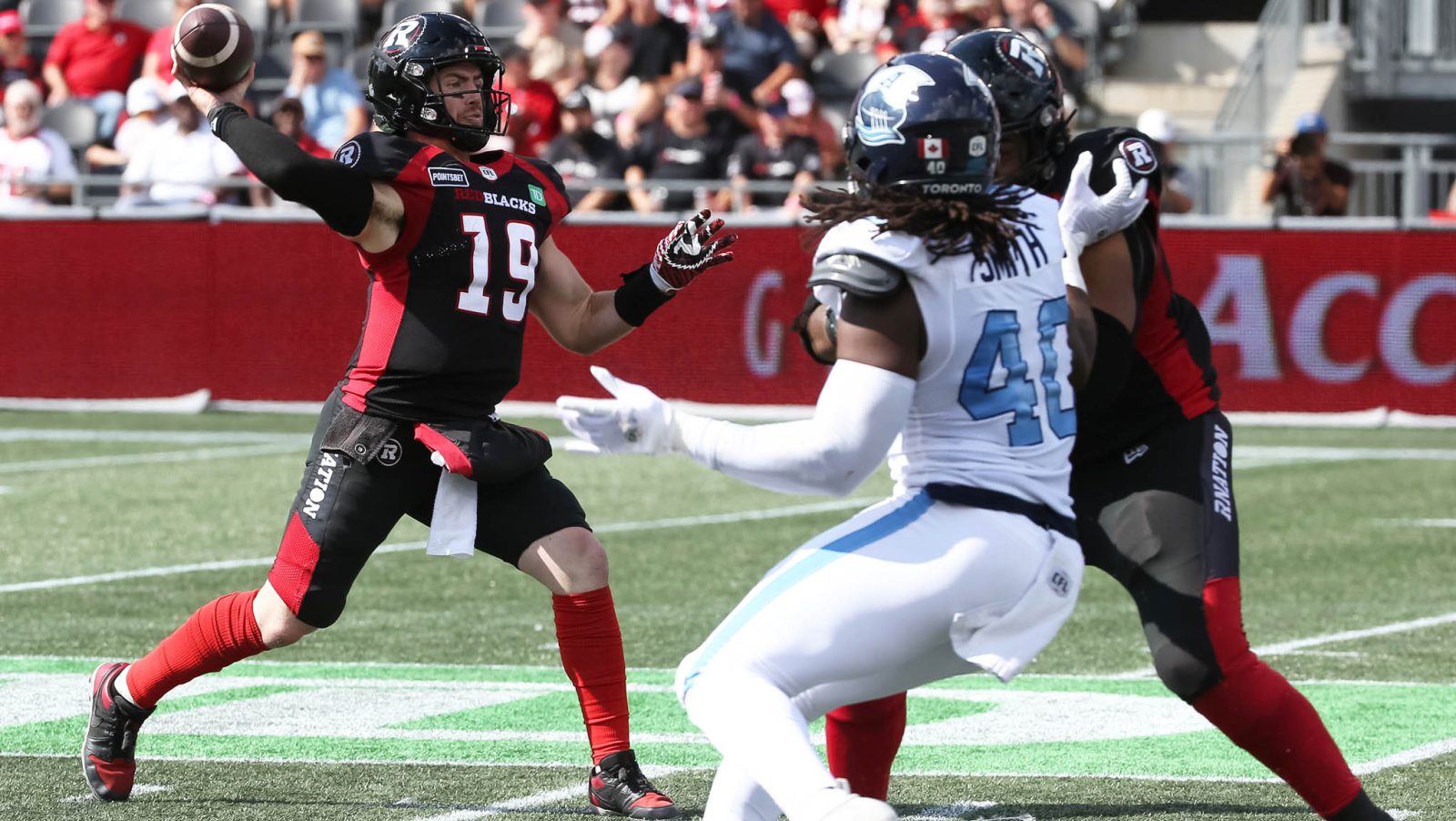 TORONTO — On the heels of one of the more unpredictable weekends of the season, the impact of a trio of underdog wins is felt in this week’s edition of the CFL Simulation.

Wins by Edmonton, Hamilton and, to a lesser extent BC, have helped push a couple of the league’s lighter weight teams’ playoff chances upward, even if it’s just a small amount.

What those wins also did was help put the pieces in place for what could be a bottleneck for what will be the final two playoff spots in the league. Winnipeg, Toronto, BC and Calgary are all projected to comfortably make the playoffs, leaving the other five teams in the league fighting for two spots.

The Ticats win, the Riders’ loss that’s steering them to a crossover and on the other side of that, the Elks’ playoff hopes still lingering sets us up for an intriguing final six weeks of regular season play.

Week 15’s games are a good example of just how much things can change in the Simulation on a weekly basis.