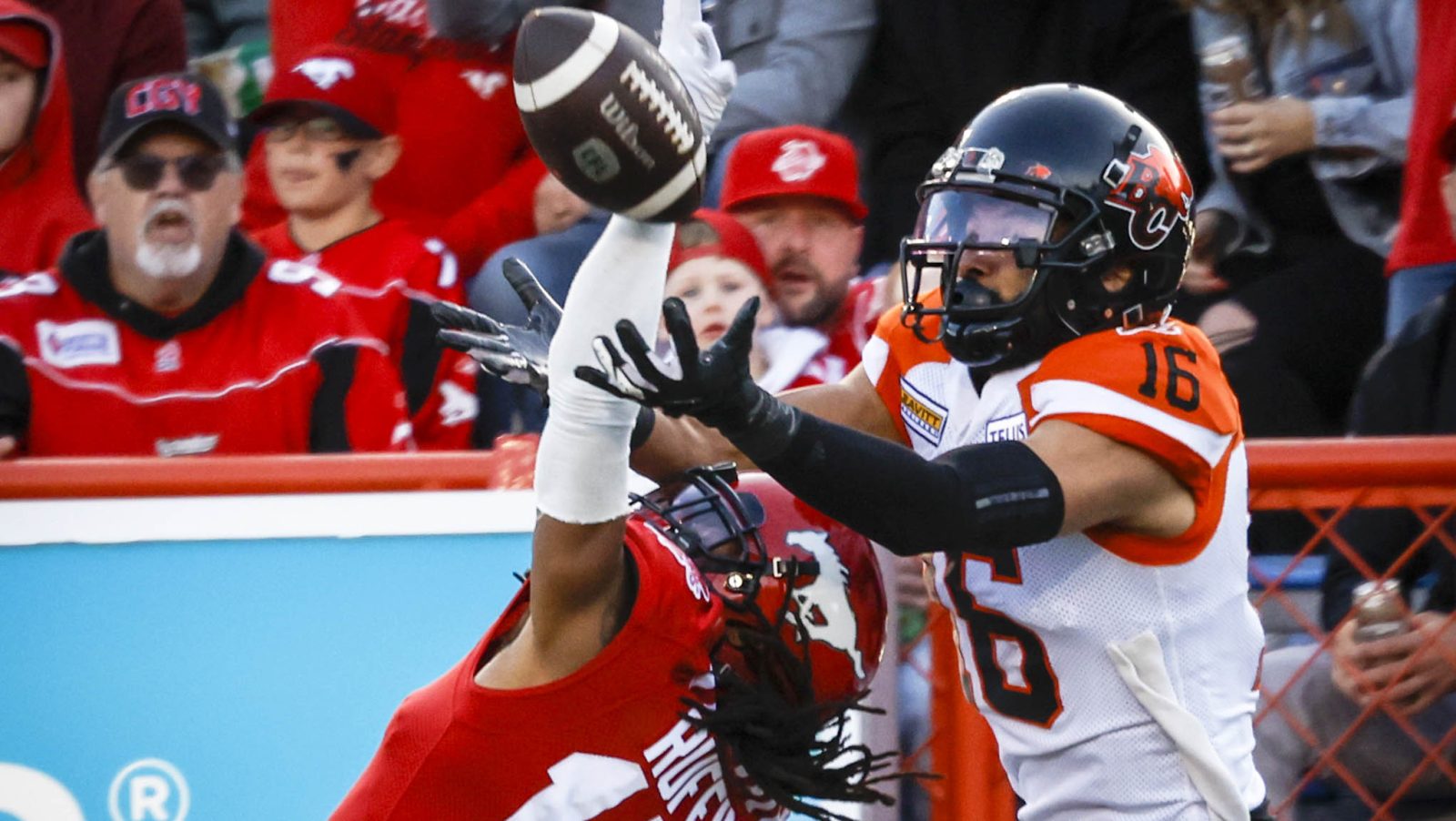 TORONTO —  The buzz created in Hamilton on Saturday with the Tiger-Cats’ win over the Winnipeg Blue Bombers was fascinating on a couple of levels.

It’s the kind of performance from the Tiger-Cats that could breathe new life into their season. Confidence is a huge part of any successful team’s makeup, but it can’t survive an entire season without it being reaffirmed with tangible results. For Dane Evans and his teammates, it gets no more tangible than handing the Bombers just their second loss this year, pulling the entire organization out of arguably its darkest stretch of the 2022 campaign.

The win provides them the spark that they so desperately needed. If they can build on that over the next five games, they can still take a shot at reshaping the East Division.

The loss is also interesting in that it serves as a reminder of just how dominant the Bombers have been this year and the standard that they’ve set.  The two-time defending Grey Cup champs have looked superhuman at points, winning so often over the last two seasons now that losses feel jarring and, honestly, bigger than they really are.

A West-heavy three-game week shifts over to an East-heavy three-game offering in Week 16, where there’s great opportunity for Montreal and Hamilton to take control of second place. In the West, the BC Lions and Calgary Stampeders meet again in what’s turned into a heated in-the-moment rivalry.

If you look solely at the Bombers’ loss and not the rest of their body of work on the season, you could argue that they could tumble out of the No. 1 spot. Going into the game, the pundits wouldn’t have been surprised to hear that this game had a 48-31 result; that it was the Ticats doling out 48 points on this Winnipeg defence would have been a jaw-dropper. A couple of things conspire to keep the defending champs at the top of this list. The Stamps’ loss and the fact that the Argos were on a bye make it tough to move them up. The Lions’ win over the Stamps was big, yes, but was it enough to fully right the ship for them here? Not yet.

It doesn’t seem to matter who’s at quarterback for either team; the Lions and Stamps have that game-of-the-year kind of chemistry every time they meet. The Lions hold on to second in the West with their win, but the Stamps stay in second here based on that narrow OT loss, the aforementioned factor of three teams being off on a bye and being in wait-and-see mode on Vernon Adams Jr. and the Lions. Saturday’s rematch at BC Place is full of juice and will no doubt carry some weight in next week’s rankings, as these two teams close out a thrilling in-season series with playoff implications at stake.

It wasn’t without some hiccups, but the Lions got back in the win column and held their precarious spot in the West Division after turning to Vernon Adams Jr. as their starting quarterback. Those hiccups are to be expected as Adams takes on the difficult task of learning a new offence and new teammates in the middle of a season, with only a few practices a week to get up to game speed. After two weeks of struggling in the wake of the loss of Nathan Rourke, the Lions got a glimmer of what they can be with improved play at the QB spot. Heading home to try to win the season series with the Stamps this week, Adams and the Lions should have lots to be encouraged by.

Sometimes there’s nothing more rewarding than sitting back on a bye week and watching your rivals go to battle. The Argos get back to action this week in an East Division that feels like it’s changing or on the verge of substantial change weekly. With a 7-5 record, the Argos have a bird’s eye view on that change, now dealing with a suddenly rejuvenated Ticats team that stunned the Bombers. The Argos head to Ottawa to face a REDBLACKS team that’s starved for a home win and intent on pulling itself out of the Eastern basement. They’ll also get a chance on Friday night to watch the Als and Ticats battle it out for the second spot in the East.

Oof, that one hurt. The Riders fell to 3-5 at Mosaic Stadium with their surprising loss to the Elks, a game that the vast majority of fans and media pickers saw as a slam dunk for the home squad. A familiar issue haunted that home team again this past week: Cody Fajardo was sacked eight times, with the Rider faithful booing the lack of protection the last few times their pivot was thrown to the turf. Their playoff picture is fading in the West, much like Marty McFly’s family polaroid in Back To The Future. We’ll leave it here with this one bright spot: If the playoffs started today, the Riders would be in as a crossover opponent.

Much like the Argos, the Als sat back on their bye week and watched how three games can have a large impact across the league. The Als and Ticats meet on Friday to kickoff Week 16. The only two teams that have topped the Bombers this year will duke it out for second in the East, playing the tiebreak in their season series. Just like the Lions and the Stamps, a potential home playoff date hangs in the balance, as they look to lock up second in their respective divisions, with hopes of trying to jump to the top of the standings in the season’s final weeks.

Has a 4-9 team ever drummed up this much optimism with a win? All year long, we’ve watched the Ticats fall to a record that didn’t fit their mold of the past two years, which saw them represent the East Division in the Grey Cup game. Dane Evans struggled with turnovers all year, was benched, injured, and then returned against his Grey Cup rival this past week with one of the best performances of his career. It was a great win, but it will be quickly forgotten if the Ticats don’t continue to (finally) live up to their potential. This week’s game against the Alouettes is a big one and a win could launch the Ticats into legitimate playoff conversation.

This Elks team continues to be a road warrior group (now 4-4 away from Commonwealth Stadium), picking up its fourth overall W of the season this past week in Regina. While the record hasn’t been good this year, we’ve seen bright spots coming into focus with the Elks. It starts with the freshly-extended Taylor Cornelius and his defence-busting galloping ability. It includes running back Kevin Brown, receiver Dillon Mitchell and returner Christian Saulsberry, to name a few. They’re names that over the last few weeks have gone from people to keep an eye on for next season to people to pay attention to right now. Their playoff hopes are still slim, but there’s a positive vibe around this team after a hard fought win.

We’re not into the harsh mathematical realities yet, but the REDBLACKS no doubt know what’s at stake for them this week as the first place Argos head to TD Place on Saturday. A win would keep Ottawa (six points) on the heels of Montreal (10 points) and Hamilton (eight points). The REDBLACKS played a West-heavy schedule to start their season. Over their final six games, they face Eastern opponents five times. What we said last week about this team remains true as it comes out of its final bye: There is a playoff path for them, but they need to win and have things fall into place for them along the way.