Ferguson: Keeping up with the quarterbacks 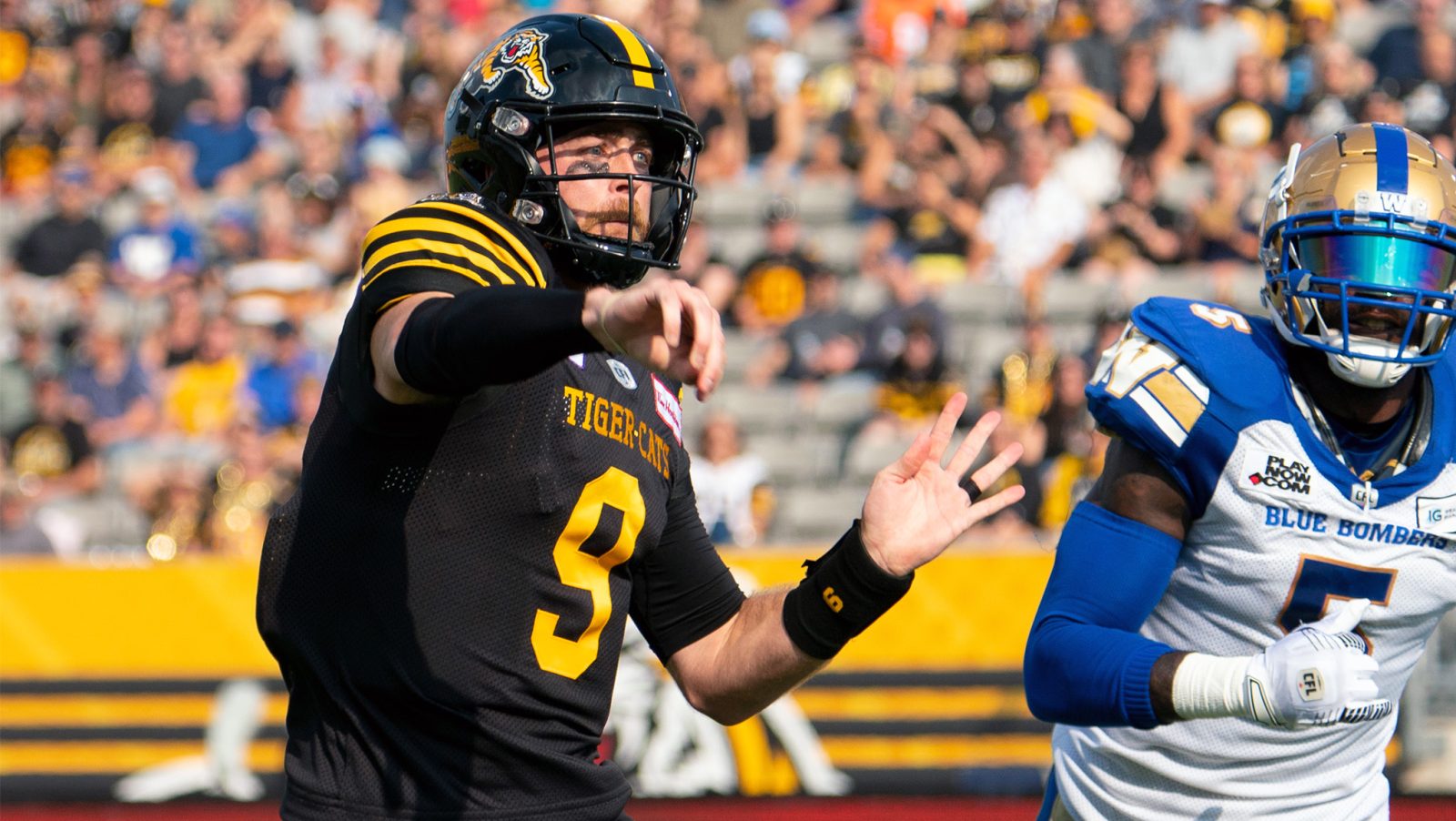 Ferguson: Keeping up with the quarterbacks

One less game did not mean less excitement as Week 15 gave us a trio of unique passer matchups to sink our teeth into.

Across the CFL over the past week there were 13 touchdown passes and just 2 interceptions. A pretty amazing week of efficient play made the fact that Zach Collaros was the only quarterback to be intercepted this week even more startling. Especially when one considers that Collaros tied for a league-low six interceptions for the entire 2021 season.

That’s the big picture, but let’s look at each of the individual performances to assess the good and bad of the late season passing grind. 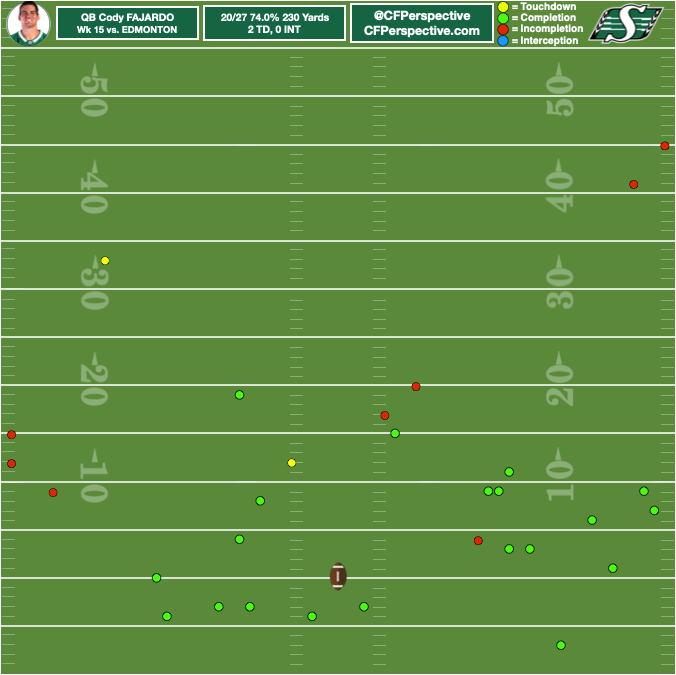 A loss at home to former Saskatchewan Roughriders head coach Chris Jones would not feel great under any circumstances, but allowing your quarterback to be sacked eight times, mostly against a three man rush was demoralizing.

I don’t blame Riders fans for voicing their frustration as Saskatchewan’s offence has twisted and turned in the late summer prairie breeze. With quotes like, ‘we’re trying to build around what Cody Fajardo does well,’ and ‘it’s a combination of the line. But it’s also a combination of the quarterback. He’s moving when he doesn’t need to.’

The reality is that this line isn’t going to vastly improve in 2022 so unless the scheme evolves or Fajardo begins shooting lasers out of his eyes to stun pass rushers, the Riders are in trouble.

What I found most frustrating was late in the game when Saskatchewan needed a score there was no out-thinking or protection issues. They promptly handed Fajardo the ball and said, ‘go to work, throw quickly and with accuracy,’ and he did. It’s really not as complicated as many seem to think on Saskatchewan’s road to offensive prosperity. 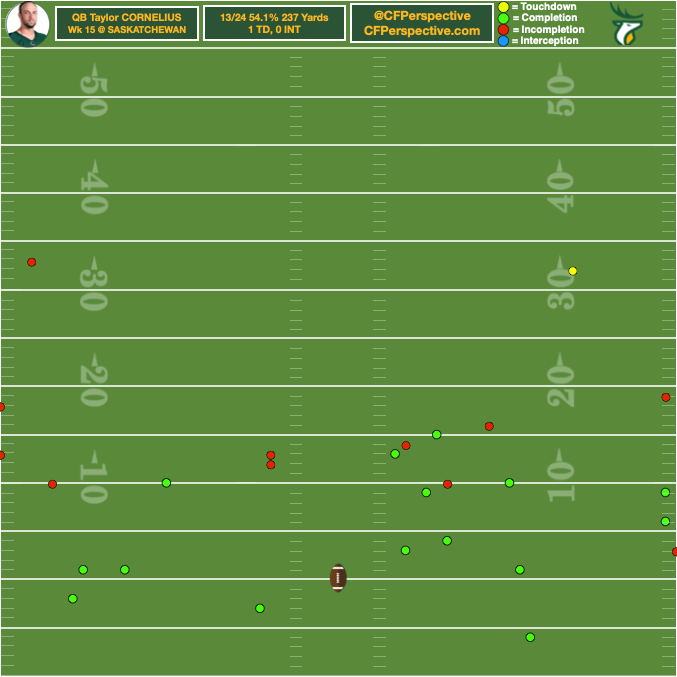 Another week where it felt like Taylor Cornelius gave his team a boost we haven’t seen before. The Edmonton Elks won on the road and their quarterback offered big chunk plays with his legs, rushing for 93 yards and a touchdown on eight carries.

Completing just over 50 per cent of passes certainly leaves room for improvement, but when Cornelius was in a rhythm with receiver Derel Walker, the offence looked as smooth as it has all year. 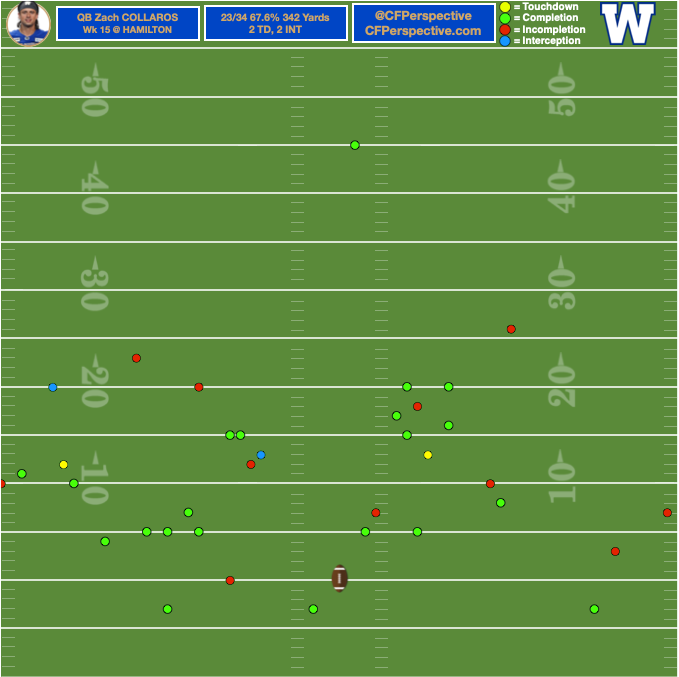 At one point sitting in the Tim Hortons Field stands on Saturday – my son’s first CFL game by the way – I tapped the person next to me and said, ‘how many interceptions does Zach have?’ It felt like four, but that’s the curse of only throwing six all of last season.

Of course he only had two, but the Hamilton Tiger-Cats defensive pressure and consistent physical approach to dealing with Collaros certainly felt like a page from Montreal’s win against Winnipeg earlier this year.

The Bombers,  despite all of their success, have also lost to the Montreal Alouettes and narrowly escaped the Toronto Argonauts and Ottawa REDBLACKS early in the season.

Also, Dalton Schoen is incredible live, what a weapon for Collaros. 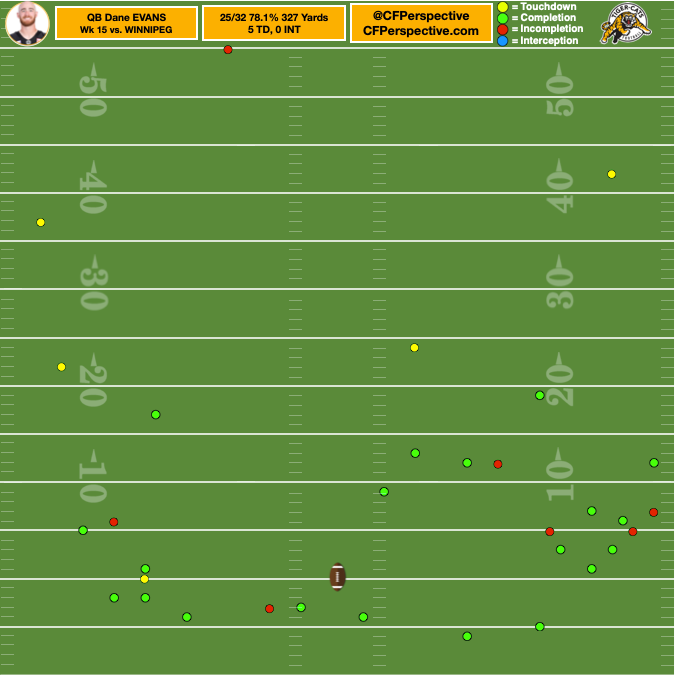 Last week here on CFL.ca I wrote that a win for Hamilton could resurrect confidence in Dane Evans and give their offence a jolt of energy that could create momentum and carry them down the stretch of the regular season.

Check off the first box after this career day for Evans. Finding the end zone five times is special, doing it against Richie Hall’s Winnipeg defence was unthinkable entering the contest. 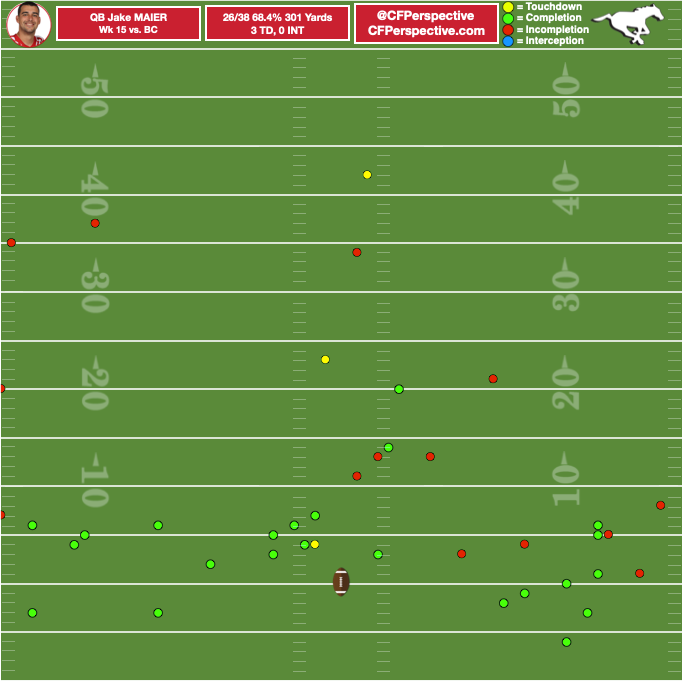 I both love and despise Jake Maier’s incredible emotional control in the game, he is never too excited or dejected. The quarterback carries the same demeanor throughout the game whether it’s a failed two point conversion that ended the game or, a deep touchdown throw to Mailk Henry, a connection that continues to enjoy success.

Maier holds a tight grip on the Stampeders starting job despite Calgary falling to the BC Lions at McMahon Stadium for a second time this season. 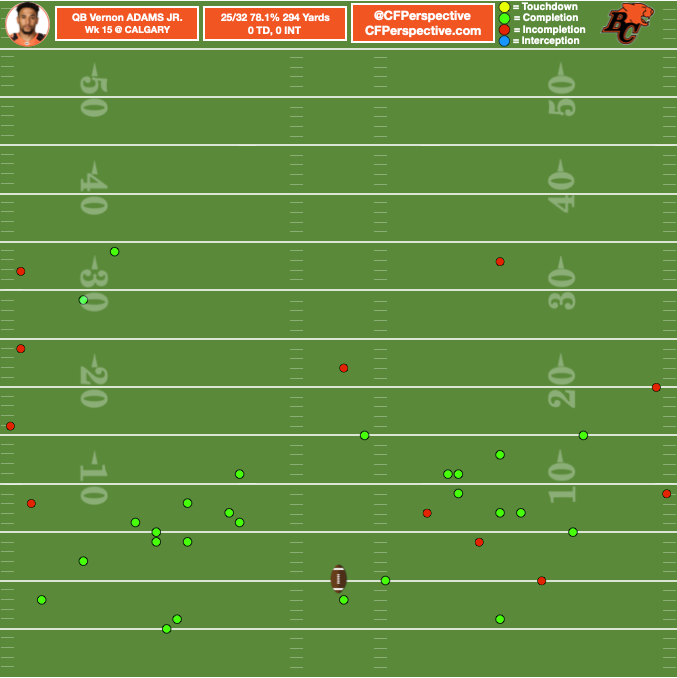 It feels a bit surreal to see Vernon Adams Jr. wearing orange and black and working passes with receiver Bryan Burnham. After all the travels his career has seen and considering this is the team and set of pass catchers he was supposed to be paired with long ago.

It was easy to see from flashes of hesitancy in the game and an increased reliance on running, that Adams is still acclimating to the Lions passing game. However, to get teachable moments and come out of Calgary with a win is a huge double-plus for BC as they sort through life without Nathan Rourke.