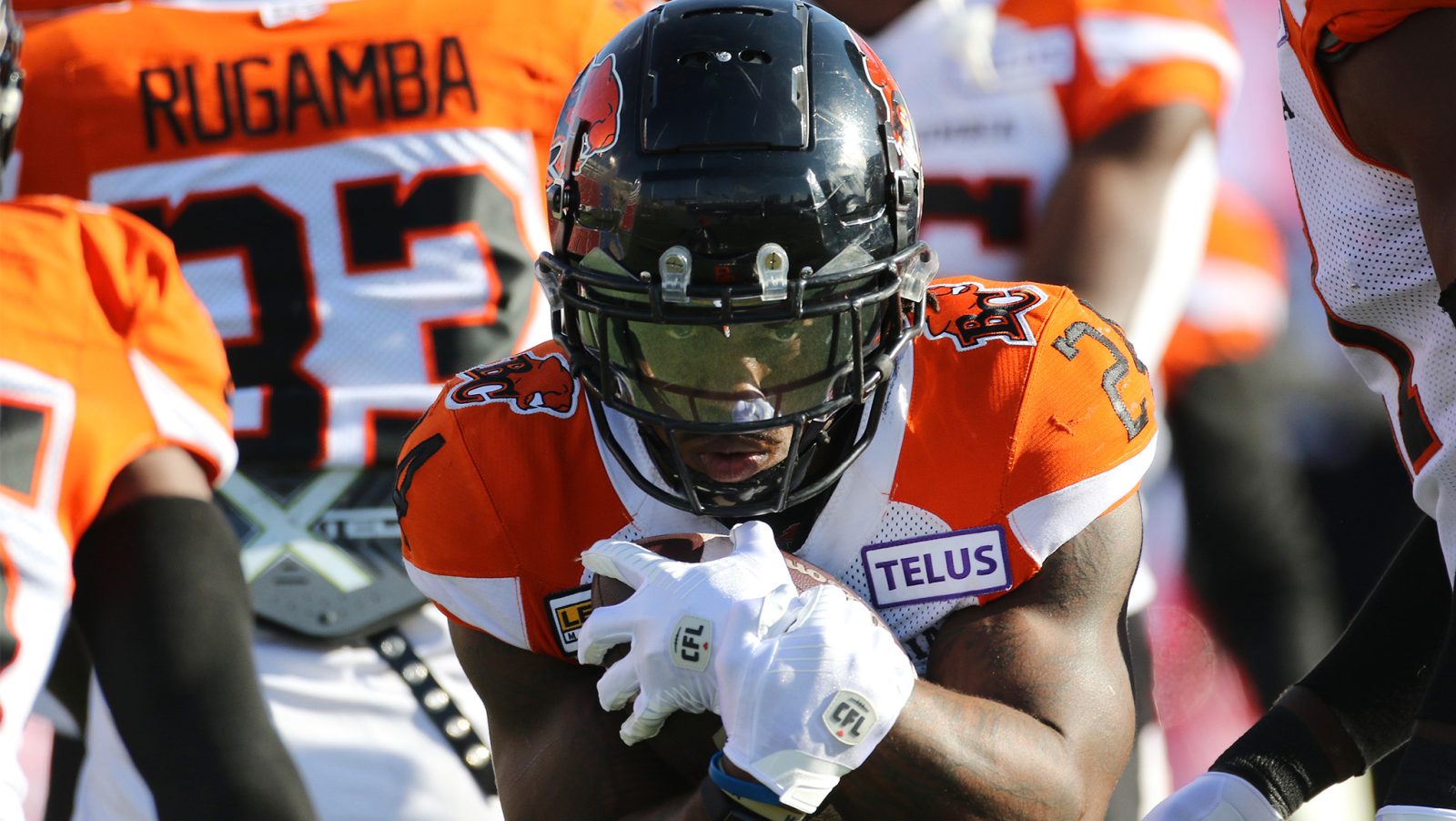 BC Lions running back James Butler doesn’t mind taking on more of an old school role within the team’s offence.

The Lions are built around a lethal passing attack, one that leads the CFL in points per game and has also placed three of their wideouts among the league’s top 10 statistical leaders.

Playing within an offence centred around moving the ball through the air, Butler knows his primary job is protecting the quarterback. Even if that reduces how many carries he receives on a game-to-game basis.

“This is more of a passing offence, so obviously I’m going to be doing a lot more blitz pickup and pass protection,” said Butler. “I try my best to do my role.”

Giving quarterback Vernon Adams Jr. time to throw the ball will be key as the Lions (9-3) try to clinch a playoff spot for just the second time in five years. A feat that could be made possible with a victory over the Calgary Stampeders (8-5) Saturday night at BC Place.

Some linebackers and defensive ends might look at the five-foot-nine, 210-pound Butler as a speed bump on the road to the quarterback. Many opposing defenders have learned this season that looks can be deceiving as the Lions have allowed just 20 sacks this year, second fewest in the league.

“I’m a smaller guy, so I don’t instill a lot of fear in a lot of linebackers,” Butler said with a grin. “For me, it’s a matter of want to. I want to pass protect. I take pride in it.

“I get up into the offensive line and meet guys so they don’t get a full head of steam.”

“The number one thing is just the willingness to do so,” said Maksymic. “For some guys it’s a secondary thing and they don’t take pride in it. But (Butler) takes pride in it. He loves to set the tone physically.

“Some guys are passive and let the defenders come to them. We talk about drawing the battle line as close to the line of scrimmage as possible and that’s what he does. He steps up and meets those blitzing linebackers one-on-one and allows us to have as clean a pocket as we possibly can.”

The importance of being a good blocker was drilled into Butler by Brian Flood, his fifth grade coach while growing up in Bartlett, Illinois.

“I had this old school coach and the first thing he taught me was pass protection,” said Butler. “He said you can run and you can catch but you’re not going to get on the field if you can’t pass protect.”

Besides proving himself as a blocker, Butler has also shown to be dangerous when given opportunities to make plays with the football in his hands.

Heading into the weekend Butler is third among CFL rushers with 577 yards and five touchdowns on 133 carries. He has a respectable 4.3 yards per carry average and has also been a factor in the BC passing attack. The Lions running back has totaled 38 catches for 263 yards and three touchdowns entering Week 16.

“We’ve made a conscious effort to get him involved in more pass concepts so we can find different ways to get the ball in his hands.”

The 27-year-old’s best statistical game of the year was in Week 1, as he kicked off the new season with 108 rushing yards and two touchdowns on 17 carries in a 59-15 win over the Edmonton Elks. He also had six receptions and caught two receiving touchdowns in that game.

Butler came close to breaking the 100-yard mark for a second time this season, in the team’s Week 15 meeting with Calgary, a game where he had 83 yards and two touchdowns on 13 carries. 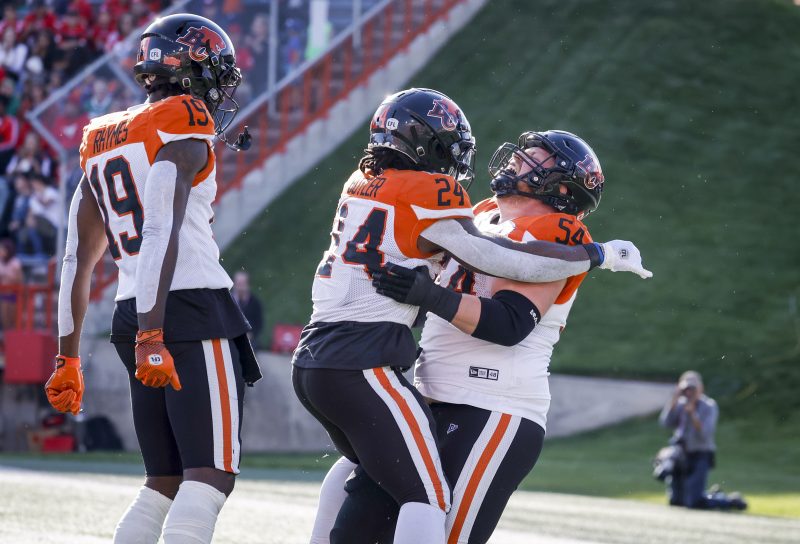 BC Lions running back James Butler scored two touchdowns in their Week 15 victory over Calgary. Marking his second multi-touchdown game this season, and first since Week 1 (The Canadian Press).

“I think my O-line wants it worse than I do,” Butler said. “We’ll just do what we can to help the team.”

Since losing Nathan Rourke to an injury in Week 11, Butler has seen Michael O’Connor, Antonio Pipkin and now Adams take turns at quarterback. However, no matter who is under centre for the Lions offence, Butler wants them to know they have his trust.

“As the weather gets colder and you start to get more precipitation and wind, throwing the ball becomes more difficult,” he said. “You have to trust in your run game. I think we’re on the upswing and kind of peaking at the right time.”

Saturday’s game is a rematch of BC’s thrilling 31-29 overtime win over the Stampeders last week from McMahon Stadium. Tempers flared after the game, resulting in Stampeder linebacker Cameron Judge being handed a one-game suspension for an altercation with Lions receiver Lucky Whitehead.

Entering the Week 16 rematch with the West Division rival, Butler expects more emotion ahead of Saturday.

Despite the heat of the battle and the emotions that the game of football can create, Butler explained that over the last few years he has used mediation to harness his emotions. During the warmup to each game, he spends several minutes alone in the end zone.

“I would say mediation kind of calms my mind,” he said. “I have so many thoughts and feelings, so many emotions because it’s an emotional  game.

“Meditation teaches you emotions and thoughts come and go. There’s an ebb and flow. It’s a matter of riding the wave and staying at peace and staying present.”