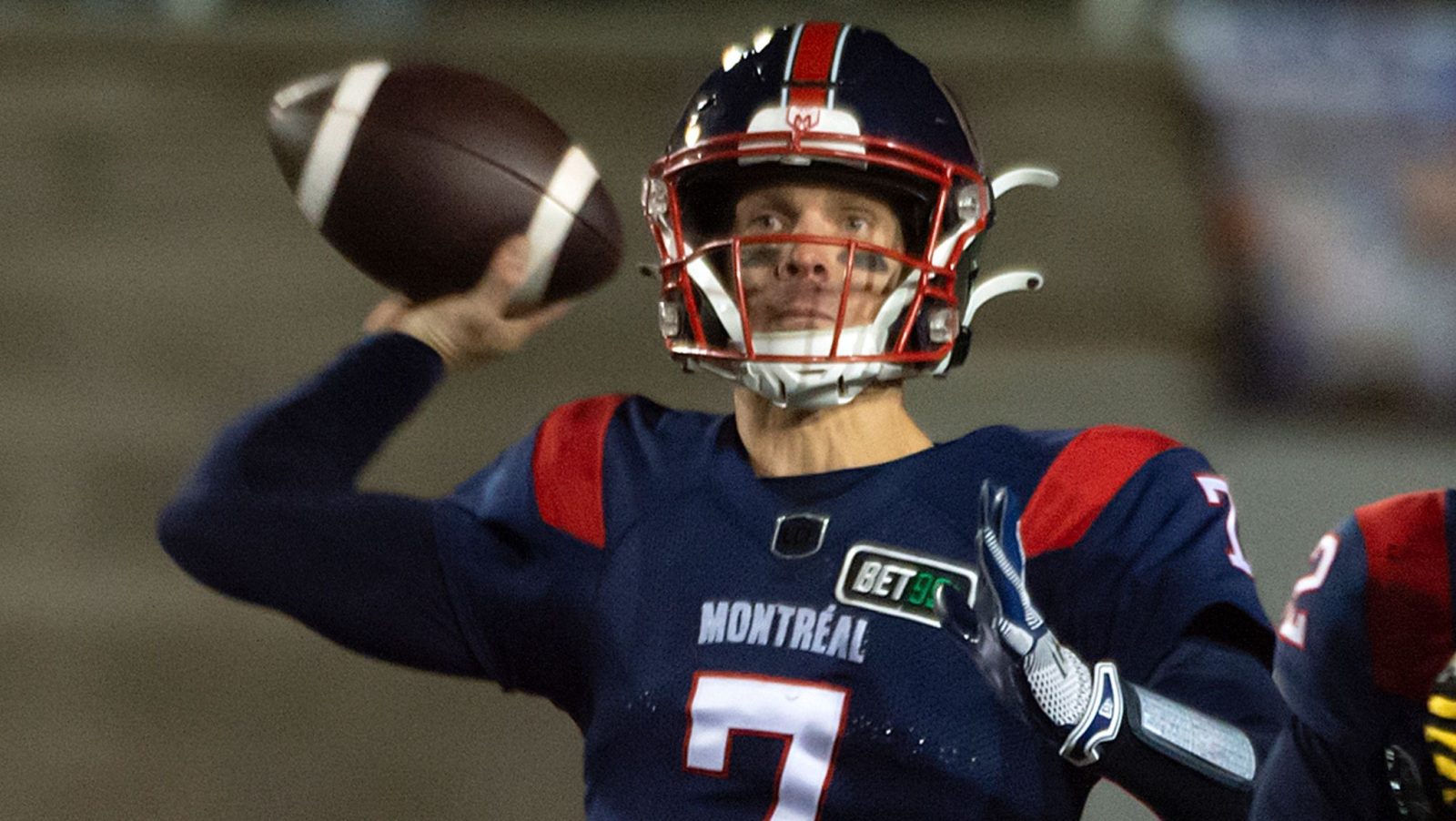 MONTREAL — The Montreal Alouettes moved one game away from first place in the East Division with a 23-16 win over the Hamilton Tiger-Cats.

Als quarterback Trevor Harris was able to find the end zone twice in the second half including the game winning score to receiver Eugene Lewis. On the night, Harris completed 26 of his 35 passing attempts for 244 yards in the back and fourth affair.

After their 20-point second half, the Alouettes finish the first four game home stretch in franchise history with a record of 3-1.

In a postgame interview with TSN’s John Lu, Harris commented on the win and how the team finished the game.

“It was great to see us be able to finish that drive,” said Harris. “It’s a big win for us in terms of the playoffs.”

The win for the Als keeps them in the hunt for the top seed in the East Division and the tie-breaker over the Tiger-Cats for the season series, the biggest threat to hosting a home playoff game.

“We both knew how big this game was,” said Eugene Lewis to Lu. “This is a big win for us and this is us just defending home.”

“We have to keep this thing going and keep winning,” Lewis added.

For Hamilton, this loss keeps them without a road win this season. The Ticats were unable to complete their final comeback attempt after rookie receiver Kiondre Smith fumbled in Alouette territory.

“Every time we build some momentum at home,” said Ticats quarterback Dane Evans. “We go on the road and we lose it.”

Up next the Ticats will go on a bye before hosting the Saskatchewan Roughriders. The Montreal Alouettes meanwhile head to Edmonton next Saturday for a match against the Elks.