Stamps defensive efforts lead to win in BC 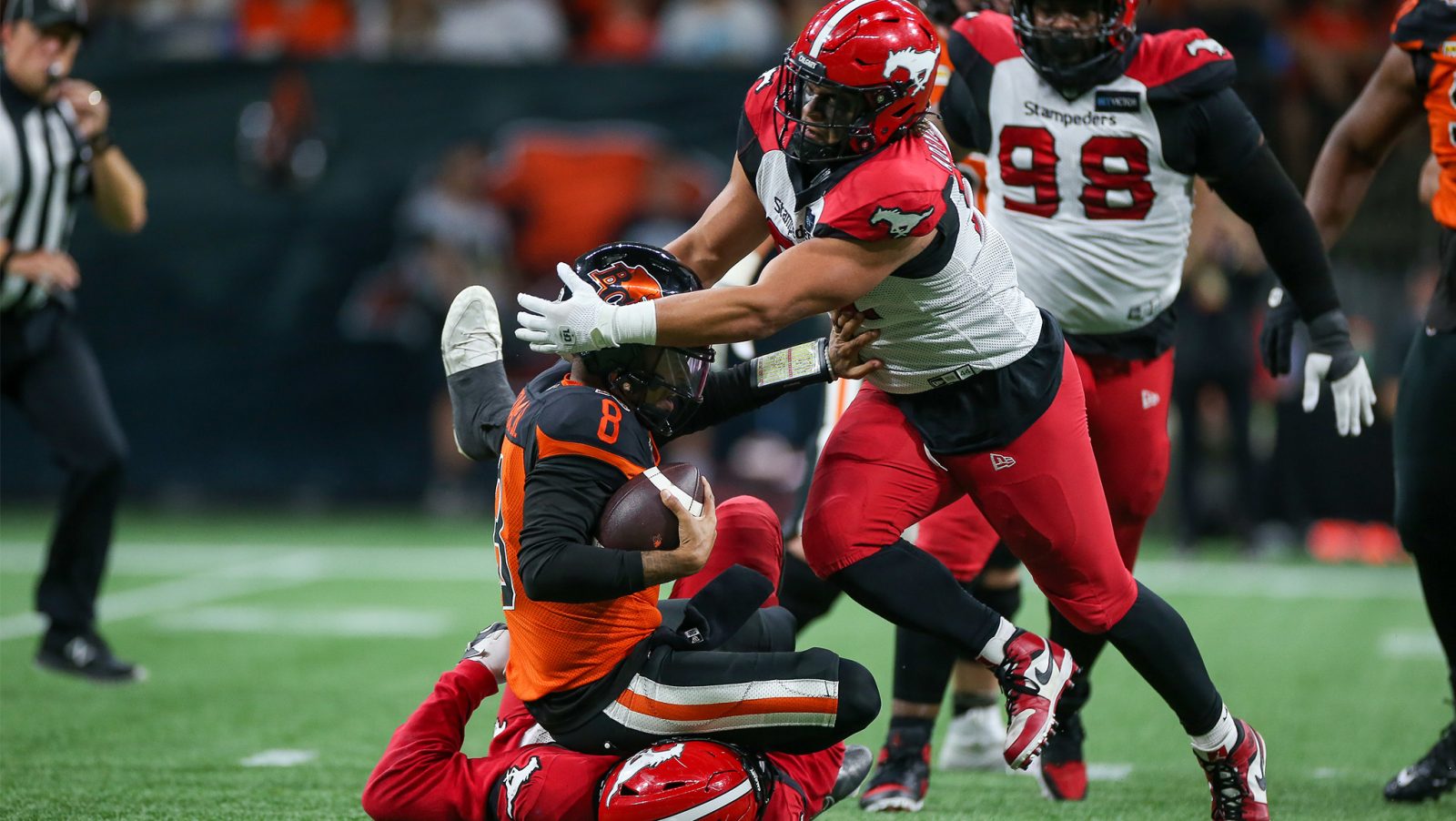 Stamps defensive efforts lead to win in BC

VANCOUVER — The Calgary Stampeders clinched their spot in the playoffs as they earned a 25-11 win over the division rival BC Lions on Saturday.

With the win from Vancouver the Stamps also avoided being swept in the season-series and earned their first victory over the Orange and Black this season. Calgary’s 14-point win also notes the largest point differential between the two teams this season as their two previous meetings were decided by a combined total of three points.

Calgary quarterback Jake Maier put together yet another impressive performance as he completed 82 per cent of his 33 passing attempts, throwing for 294 yards in the game.

RELATED
» Box Score: Stamps, Lions by the numbers
» Through the Lens: Calgary at BC
» Watch: Logan silences BC Place with TD
» Stamps punch playoff ticket in win over Lions

In a post-game interview with TSN, the Calgary quarterback said that he felt the offence played a clean game overall, but knows there are still areas that can be improved upon.

“I felt like we played a pretty clean game offensively,” said Maier. “We kind of got in our own way a little bit, whether it was me, or penalties, or things of that nature. We’ve been playing good red zone football for awhile now, tonight they had a good plan and made their plays when we got down there, we’ll get better from it.”

However, there was one area of the field that Maier had no criticism for, his team’s defence. The Calgary defensive unit sacked BC’s Vernon Adams Jr. a total of five times and held him to just 12 completions in the game.

Calgary’s defensive unit also joined the Montreal Alouettes as they only team to hold the Lions below 15 points this season.

“Tonight was all about our defence,” said Maier. “I mean holding a team like that, with that many weapons, to this amount of points is honourable, so we’ll take it.”

When asked about avoiding being swept in the season series, Maier acknowledged that BC had gotten the better of his team twice and it was nice to get the last win, but remained focused on the bigger picture and the team’s upcoming playoff run.

“Regular season games are very valuable, obviously,” said Maier. “They got the bets of us twice, and we felt like we had to put something together to give ourselves some momentum and something that will trend us in the right direction. We’re onto next week, playoffs will come and we know what’s ahead of us, this was just a great team win for us and there’s really nothing more to say.”

Looking forward to next week the Stampeders be heading home as they prepare to host the Toronto Argonauts from McMahon Stadium to close out Week 17.