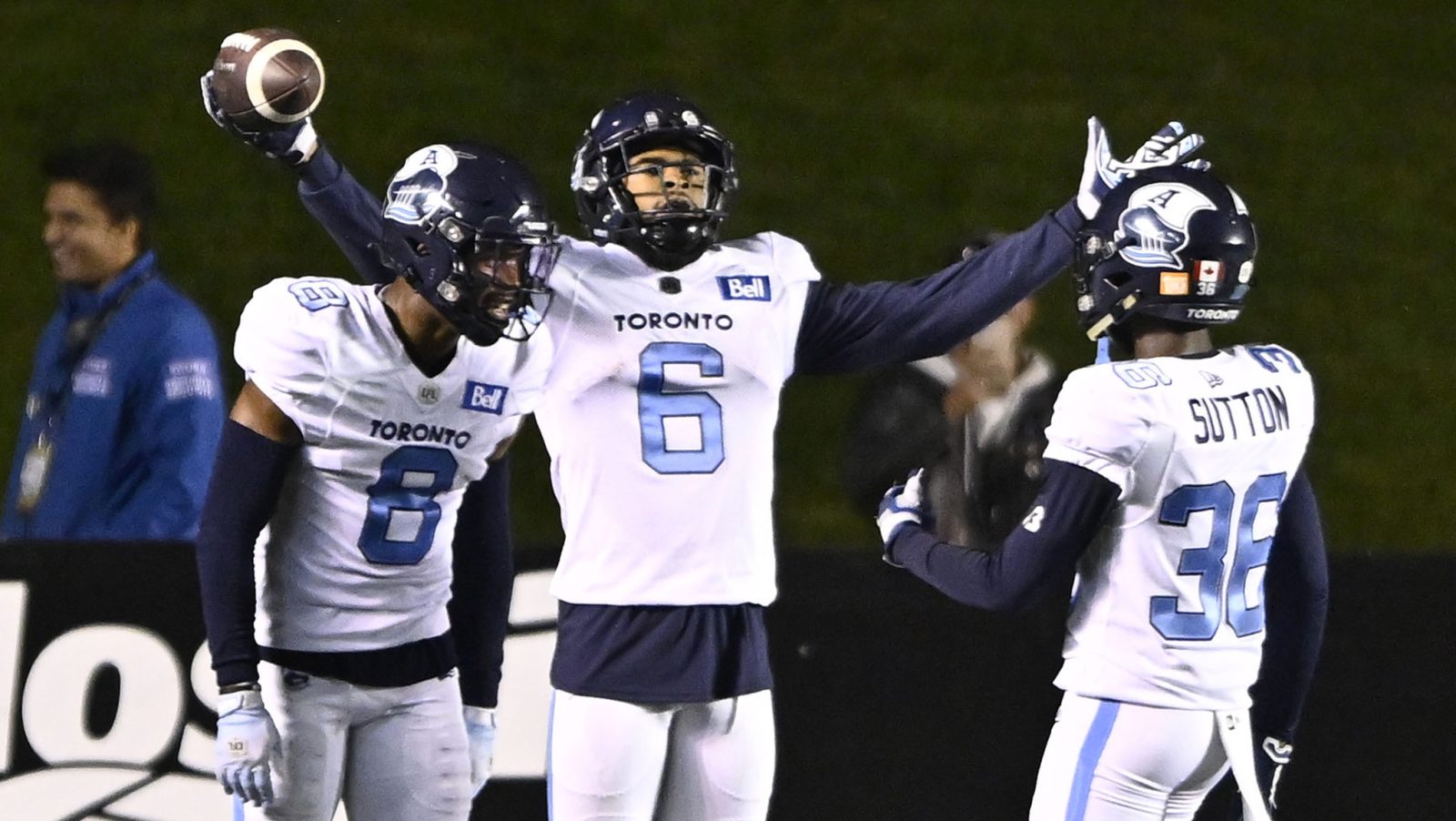 Both the Toronto Argonauts and Calgary Stampeders are coming off resounding Week 16 victories. The Argos topped Ottawa 45-15 on Saturday before the Stamps took care of BC 25-11 a few hours later. The two emphatic wins shared one main thing: defensive dominance. That’s why I’m fascinated to see Calgary and Toronto meet seven days later to close out week 17.

The Argonauts started Saturday’s doubleheader with a defensive highlight reel. Toronto went for five interceptions against the REDBLACKS, picking off Nick Arbuckle twice and Caleb Evans on three occasions. Two of those interceptions, both in the fourth quarter, went for touchdowns courtesy of Maurice Carnell IV and Chris Edwards. Mix in a special teams fumble recovery and, well, the Argos did more than enough in the turnover department.

But it’s not like this is brand new. Toronto’s defence has been a driving force all season and that unit is a huge reason they sit firmly in control of the East Division at 8-5. Through 16 weeks, the Argos rank third, allowing just 21.1 offensive points per game and they’ve allowed a league-best 23 touchdowns all season.

On the individual side, Jamal Peters still leads the league with six interceptions and Wynton McManis sits first overall with 85 defensive tackles. It’s a really good group that flexed its muscles in a big way on Saturday night.

The Stampeders did the same thing to close out the doubleheader but did so in a different way. Instead of forcing turnover after turnover, Calgary was smothering defensively and made life difficult on the Lions all night long. In fact, the Stamps came minutes from holding BC to just three points before Antonio Pipkin and Dominique Rhymes connected for a late touchdown.

Calgary was as stingy as they come. After a great debut with the Lions, quarterback Vernon Adams Jr. had trouble getting anything done and finished with 151 yards on 12-for-24 passing. Despite no recorded interceptions, the Stampeders were locked down all night in the secondary, which was just as effective. Up front, those five sacks didn’t hurt, either.

Calgary has been moving in this direction defensively for some time. After being riddled with injuries early on, the Stampeders have slowly adjusted and seem to be hitting their stride when it matters the most. If this defensive trend continues, they’ll be a tough out for whoever they face in the playoffs.

After being frequent blockbuster trade partners in recent years, and with all the connections on either side, games between the Stamps and Argos are always interesting. With both teams coming off Week 16 defensive efforts like they are, however, this weekend’s showdown packs a little extra oomph for me. 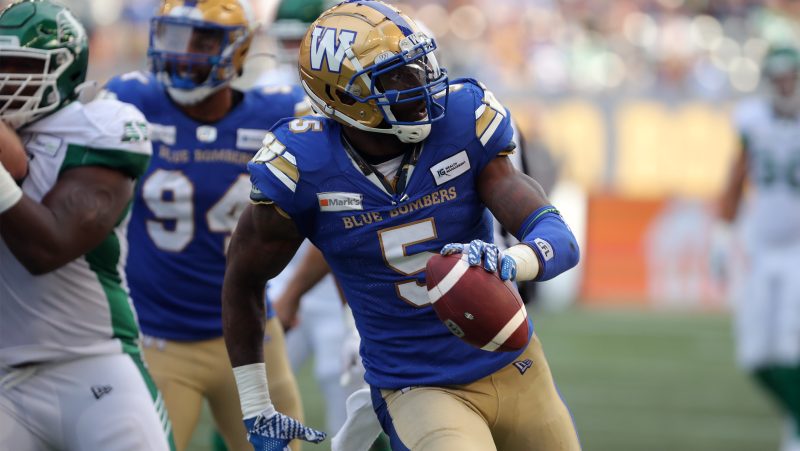 Willie Jefferson and the Winnipeg Blue Bombers come out of their bye week to face a familiar foe in Week 17, in the Saskatchewan Roughriders (Jason Halstead/CFL.ca)

For whatever reason, both of Winnipeg’s losses this season have come going into a bye week. The Blue Bombers sustained their first loss in Week 10 to Montreal before coming back two weeks later with a gutsy win over Calgary. And, after falling 48-31 to Hamilton in Week 15, Winnipeg rolled right into a bye week once again. They might be even more ornery coming out of this off week than they were last month.

The Bombers were not impressed with how things went against the Tiger-Cats. Even though “you can’t win them all,” games like that aren’t acceptable, knowing how high the standard has been set in Winnipeg. They come off the bye with a home game against Saskatchewan, which might be exactly what the doctor ordered. After all, few things get the juices flowing at IG Field more than a visit from the Riders.

Speaking of which, this is a crucial week for the crossover playoff conversation. While Saskatchewan holds the CFL’s final playoff spot right now, their grip on the crossover could be a whole lot more tenuous depending on this weekend’s results. Fortunately for the Roughriders, they’re in control of their own destiny and a win over Winnipeg would go a long way.

But lurking in the weeds are the Edmonton Elks, especially after their win in Regina in Week 15. That gutsy effort has the potential to pump new life into Edmonton’s playoff chase and things could take a big step this weekend. An Edmonton win coupled with a Saskatchewan loss would have the teams separated by just one game, which would mean the race is on. If the opposite happens and the Riders extend their advantage to three games, they can start making plans for a playoff trip to Montreal.

Finally, even with their tough loss over the weekend, the Lions are still in control of how the West Division Semi-Final picture plays out. While BC and Calgary look to be on track to play one another in the opening round of the playoffs, we still don’t know where that game is going to be played. Remember, because the Lions won two of three in the regular season, they’ll end up taking second place in the event of a tie with the Stampeders.

Interestingly, though, home field hasn’t proven to be an advantage in those three contests. BC won both their games at McMahon Stadium, while Calgary was able to pick up their lone victory on the road in Vancouver. Even knowing that, I still think home field is desirable in the playoffs, which means there’s plenty to play for down the stretch.