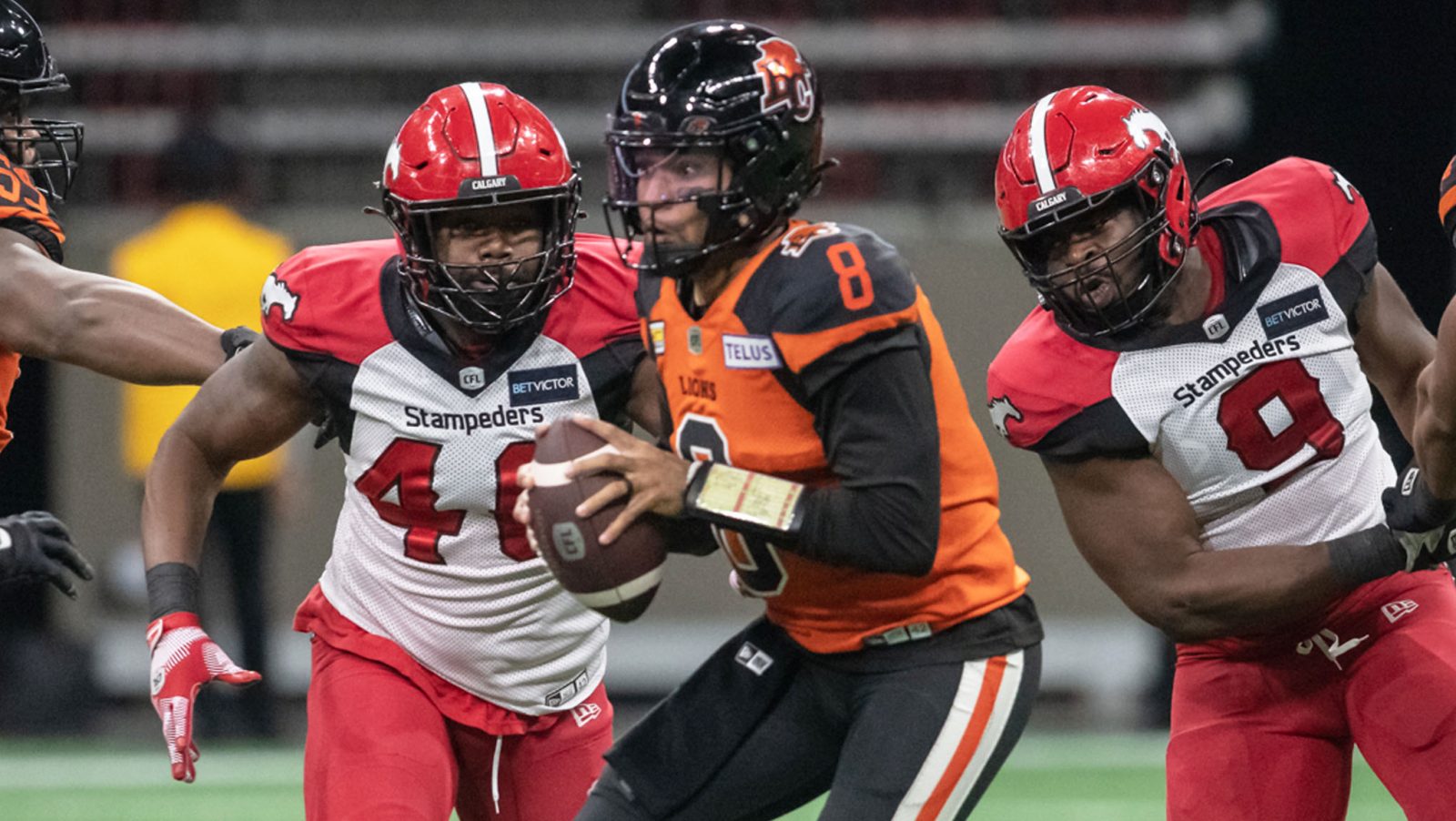 TORONTO — There’s an almost timeless adage that pops up around this time of year.

It coincides with the weather changing and talk of the run game growing in importance. Every year when we get past Labour Day, we start to hear about teams that are looking to hit their stride in the final month or so of the regular season.

There are many examples of this kind of team to draw from. The 2017 Toronto Argonauts are one of the more recent ones. Those Argos finished 9-9 that year, but found something special in the second half of the season. James Wilder Jr. exploded onto the scene as the team’s tailback and that provided balance to an offence led by Ricky Ray. The Argos’ defence became a force and with that, the Argos had the foundation in place — their .500 record aside — to make a run to the Grey Cup.

This year’s Argos could be starting a similar conversation, having won four straight and settling in as the top team in the East Division. In the West, the Calgary Stampeders fit that bill. They’ve gone through a substantial quarterback change in going with Jake Maier over Bo Levi Mitchell and have fought through injuries to get a nice reward in Week 16. Their win over the BC Lions clinched their playoff spot and gave them momentum as the regular season nears its conclusion.

Both the Stamps and Argos — who meet on Saturday to wrap up Week 17 — seem to be finding themselves at just the right time. You won’t have to scroll far to find them in this week’s Power Rankings.

No surprise here, as the Bombers come out of the bye week holding on to the No. 1 spot. As Pat Steinberg pointed out in his MMQB, both of the Bombers’ losses this season have come as they go into a bye. It’s a safe bet that the Bombers will be a rested, focused squad, especially on the defensive side of the ball, where they played a very uncharacteristic game against Dane Evans and the Hamilton Tiger-Cats. Hosting a Saskatchewan Roughriders team that’ll be equally hungry to get their season back on track should make for a quality game to get Week 17 rolling.

The Stamps pulled a nice black and orange thorn out of their sides this week, picking up their first – and only – win in their season series with the BC Lions in Vancouver. It wasn’t the 30-point shellacking that the Argos put on the REDBLACKS, but it was just about as strong a message as the Stamps could send going away, as these two teams appear to be headed to a likely Western Semifinal meeting in November. Film sessions will be fun for the Stamps’ d-linemen this week, as they showed up what’s been a stout BC Lions’ offensive line, earning five QB sacks in the win.

Could the Argos be hitting their stride at the perfect time of the season? Winners of four straight, maintaining a two-game lead over Montreal and coming off of that 30-point blowout win over the REDBLACKS, the Argos look like they’re finally tapping into the consistency that had eluded them through the first half of the season this year. True, they’ve topped last-place Ottawa for their last two wins, but these were games that earlier in the season, you may have felt uneasy about if you’re tied to the Double Blue. This week’s game against Calgary is a perfectly-timed test for a team that’s eying its second straight first place finish in the East.

The mojo that the Lions had created a week ago with their win over the Stamps, much like the Lions’ quarterbacks in Week 16, took a hit in their offensively-challenged loss on home turf to the Stamps. Vernon Adams Jr. was under siege in his second start with his new club and the offence struggled until the game essentially hit garbage time and the score was decided. QB protection was a big part of that, as the Stamps’ d-line found holes to run through to get to Adams and Antonio Pipkin. The reality is that integrating a new starting QB this late in the season won’t be an easy task (take a minute here to appreciate what Zach Collaros did with the Bombers in 2019) and there will likely be ups and downs as the Lions work to secure homefield advantage in the playoffs.

The Alouettes picked up a meaningful win over the Ticats on Friday, taking the season series and pushing the team that was on their heels a few steps away in the process. With a Western crossover looming, that second place spot in the East is crucial and the Als have tightened their grip on it. They can also start to look in front of them at first place in the East. It’s still a ways off, but if things work out the right way for them, the Als’ and Argos’ home-and-home series to close out the regular season could be a pair of very heavy and intriguing games.

The Roughriders emerge from their bye week two games below .500 and thanks to the success of the teams in front of them, almost out of the West Division playoff picture. They’re the favourites for a crossover, though Edmonton lurks behind them. The Riders have four games left on the schedule: they see Winnipeg this week, Hamilton next, then after their final bye, close out the regular season with a home-and-home against Calgary. They’ll need to get wins against some tough opponents to make that their playoff hopes a reality, whether that happens in the West or East Divisions.

The Tiger-Cats were unable to build off of what appeared to be a season-altering win two weeks ago over the Bombers, falling to the Alouettes on Friday night. That loss leaves them in a difficult spot, where they’ll likely need to win at least three out of their next four and need the Alouettes and/or the Roughriders to stumble in the coming weeks to sneak into the playoff picture. If you’re a Ticats fan looking for a glimmer of hope this week, the schedule could work in your team’s favour. They have the Riders, the Stamps and a back-to-back series with Ottawa in those final four games.

When we last saw the Elks, they had rolled into Mosaic Stadium and picked up their first win there in seven years. They come out of their bye week with another big challenge in front of them: win at home, where they’re 0-6 this year and were 0-7 in 2021. It won’t be easy against the visiting Alouettes, who fought their way to a win over Hamilton this past week. Trevor Harris will be looking for some revenge against the team that traded him to the Als almost a year ago. If the Elks want to turn the corner as a franchise and stay in that crossover conversation, a win at Commonwealth – where they play three of their final four games – has to be a part of the equation.

With their cookie-cutting lumberjacks on site, the REDBLACKS are the team with the buzzsaw, but they ran into one on Saturday. The Argos dominated their trip to TD Place, cashing in on a pair of pick sixes, as part of a five-interception night that their defence forced Nick Arbuckle and Caleb Evans into. The REDBLACKS have five games left and still have a mathematical chance of making the playoffs, but with each loss their backs are pushed tighter up against the wall. Wins are a must for this team.